Apparently, life is hard for some people. Most of us get up every day, go to work, and do our job to the best of our ability. Maybe that’s what these people did, too. If so, they need different jobs! Their talents lie elsewhere, obviously.

These are some crazy examples of people who messed up their jobs. I don’t know how some of these things happened. Were they asleep? Where they inebriated? Did they lie to get these jobs by pretending they were qualified for them?

Maybe we will never know how these unfortunate work mishaps came to be, but we can speculate, and have fun doing it. I mean, some of these look like it would take a lot of effort and intention to mess up this bad!

Some of these examples of people who failed the one job they needed to finish make me think that Ashton Kutcher is going to come jumping out from behind the tree and tell us that we are being punked! There is absolutely no way people are this bad at their jobs, is there?

That might just be wishful thinking, as it really seems there are many, many people in this world who can’t figure out how to perform their jobs as well as they should.

1. Lady Sawed in Half 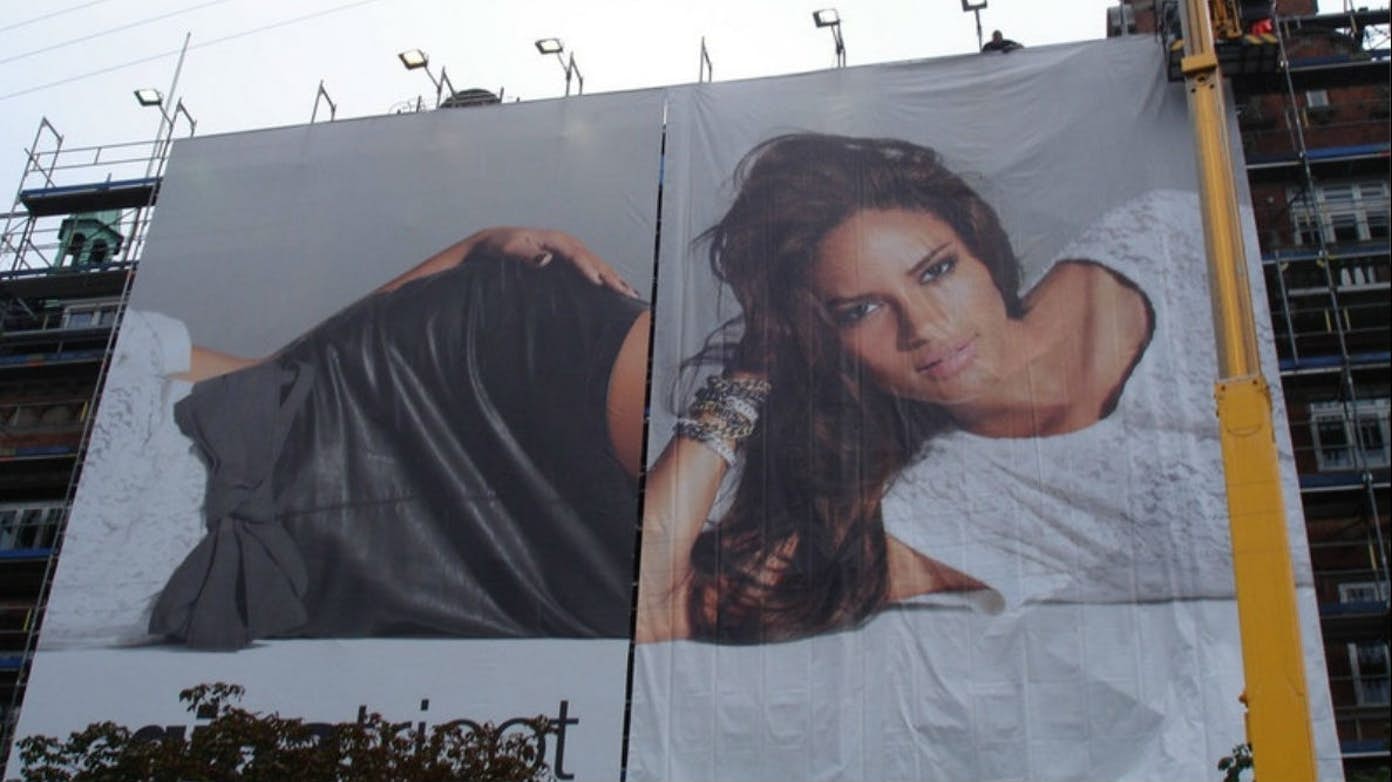 You know how when there is a huge billboard or advertisement hanging somewhere, there are different panels that need to be arranged to create the entire picture?

It should be like the easiest puzzle ever created. The lines are literally straight.

All one must do is match them up. It’s a no brainer, right? For most, yes. For whoever did this, no way. It’s two panels. One woman. She’s lying on her side, which makes it to where her head starts on the left, her hips on the right.

Maybe whoever was in charge of this project needs glasses, because they got it all wrong. The lovely lady looks as if she’s been sawed in half by a magician and switched around!

Oy vey! You had one job! 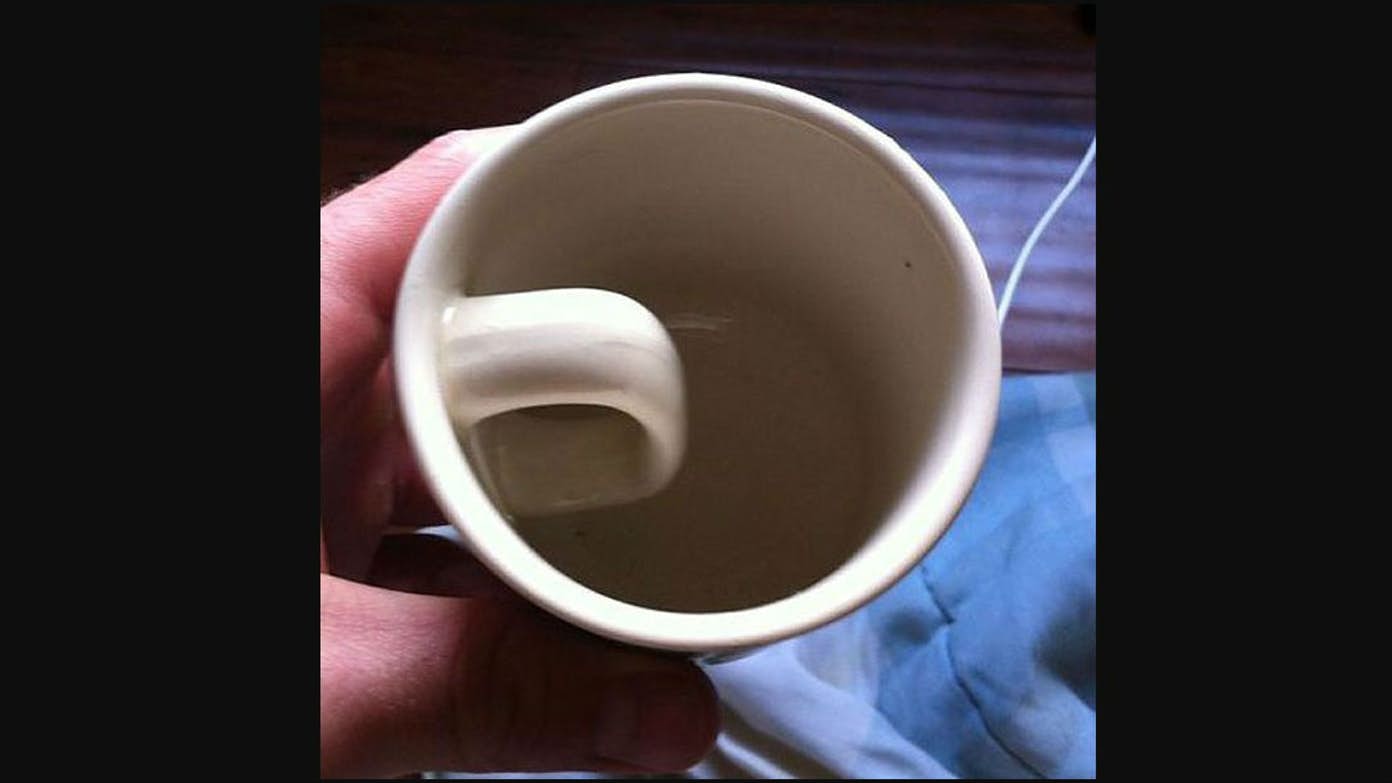 I’m pretty sure I could give my 5 year old the task of placing mug handles in the correct spot and he could do better than whoever created this monstrosity!

I don’t understand how anyone got this wrong! The handle on the inside! How can this be? How did this even happen?

Surely it’s a joke. Nobody is this incompetent, right?

Maybe it’s supposed to be like abstract art. A little off and open to interpretation.

Whoever did this needs to find their true calling, because this is not it! 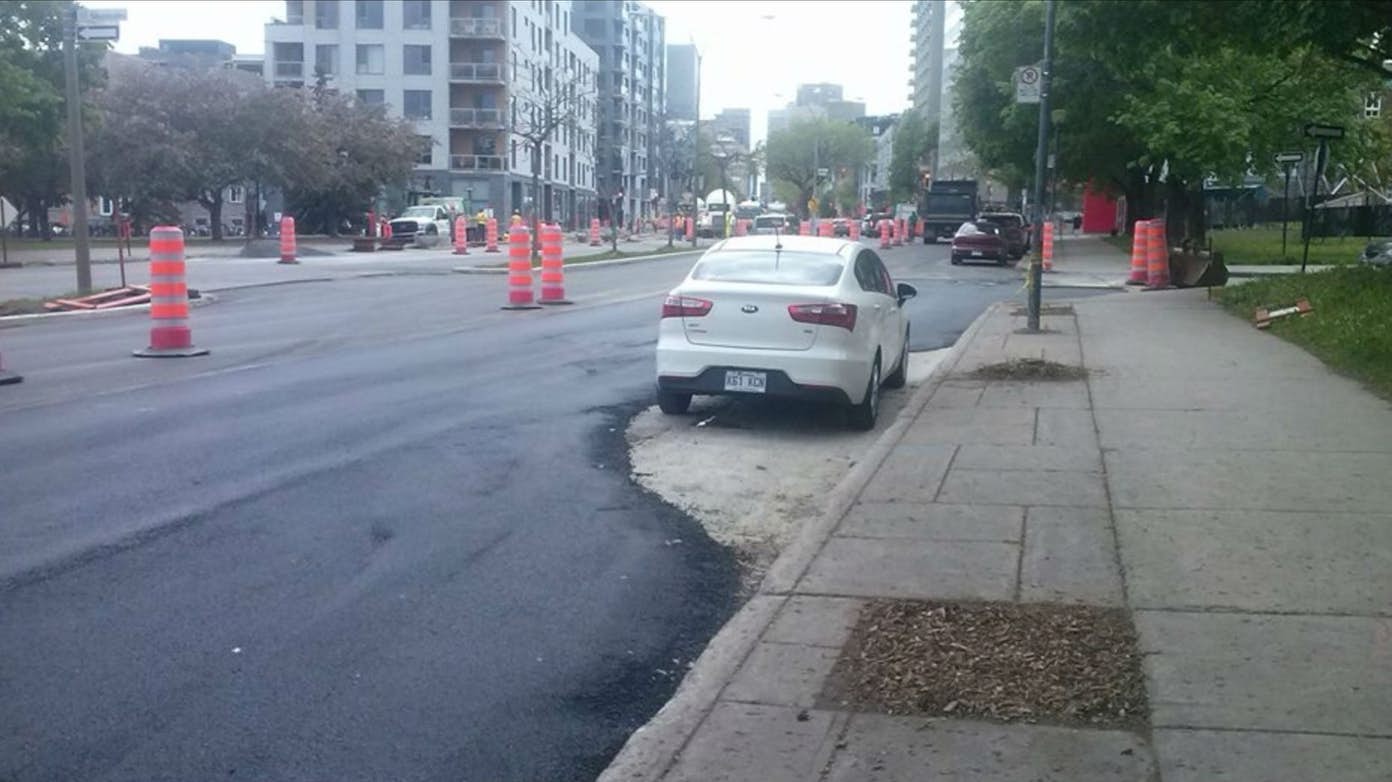 I’m no expert, but I’m pretty sure the first order of business when paving a road would be to make sure that it is clear of debris and most especially, vehicles.

I don’t understand how someone thought it was ok to just pave around this car and go on down the road. It really baffles me that they thought this would be approved as a finished job, much less a job well done. I don’t even really know how this is even possible

I’m going to be over here shaking my head. 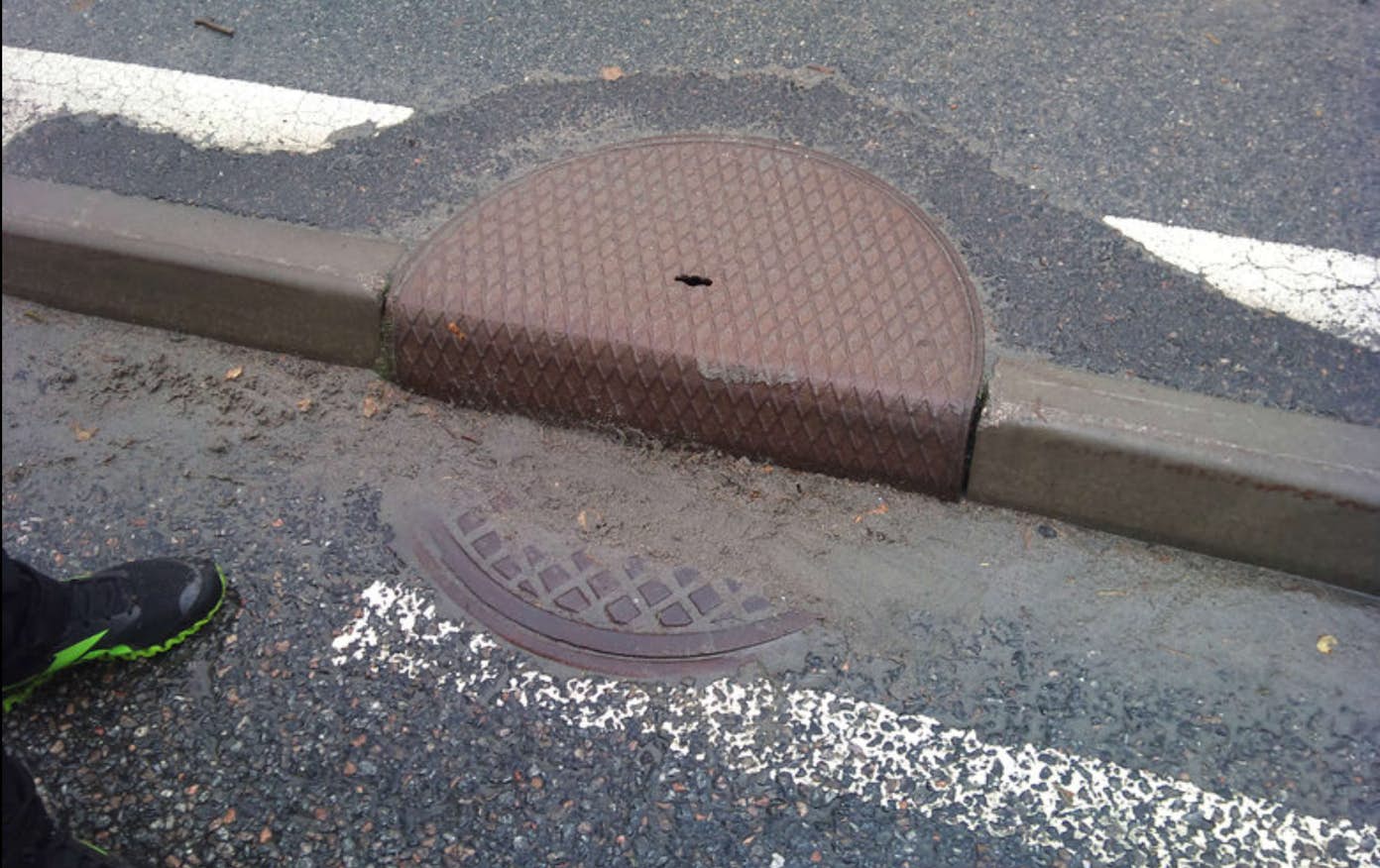 Can you wrap your head around what could have possibly happened here? I cannot. I tried. I simply can’t. It’s one of the craziest things I’ve ever seen.

Look at that. Just look at it. I hope whoever is responsible for this was fired, or at least moved to a job requiring less thought and planning. 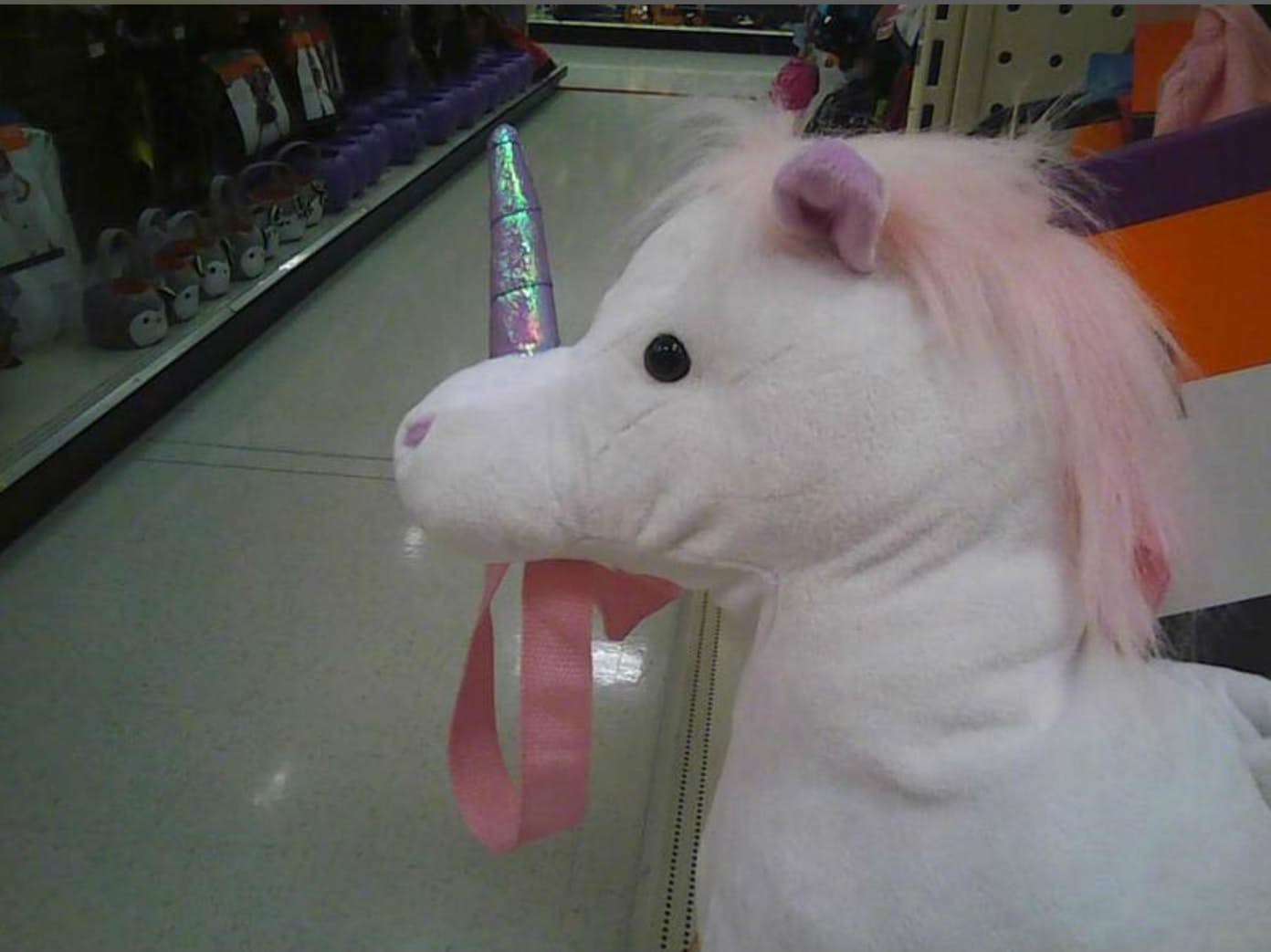 The main thing that makes a unicorn a unicorn is the horn. Even though they are mythical creatures, the people who love them take them very seriously. Like, very.

So you can imagine the horror and disgust that they feel when they come across this severely deformed unicorn in their local store.

The horn is on the snout! The snout! Was the worker unaware of where a unicorn horn goes? I’m confused.

It looks more like a rhinoceros. Maybe its just me, but rhinos don’t come in rainbow colors. 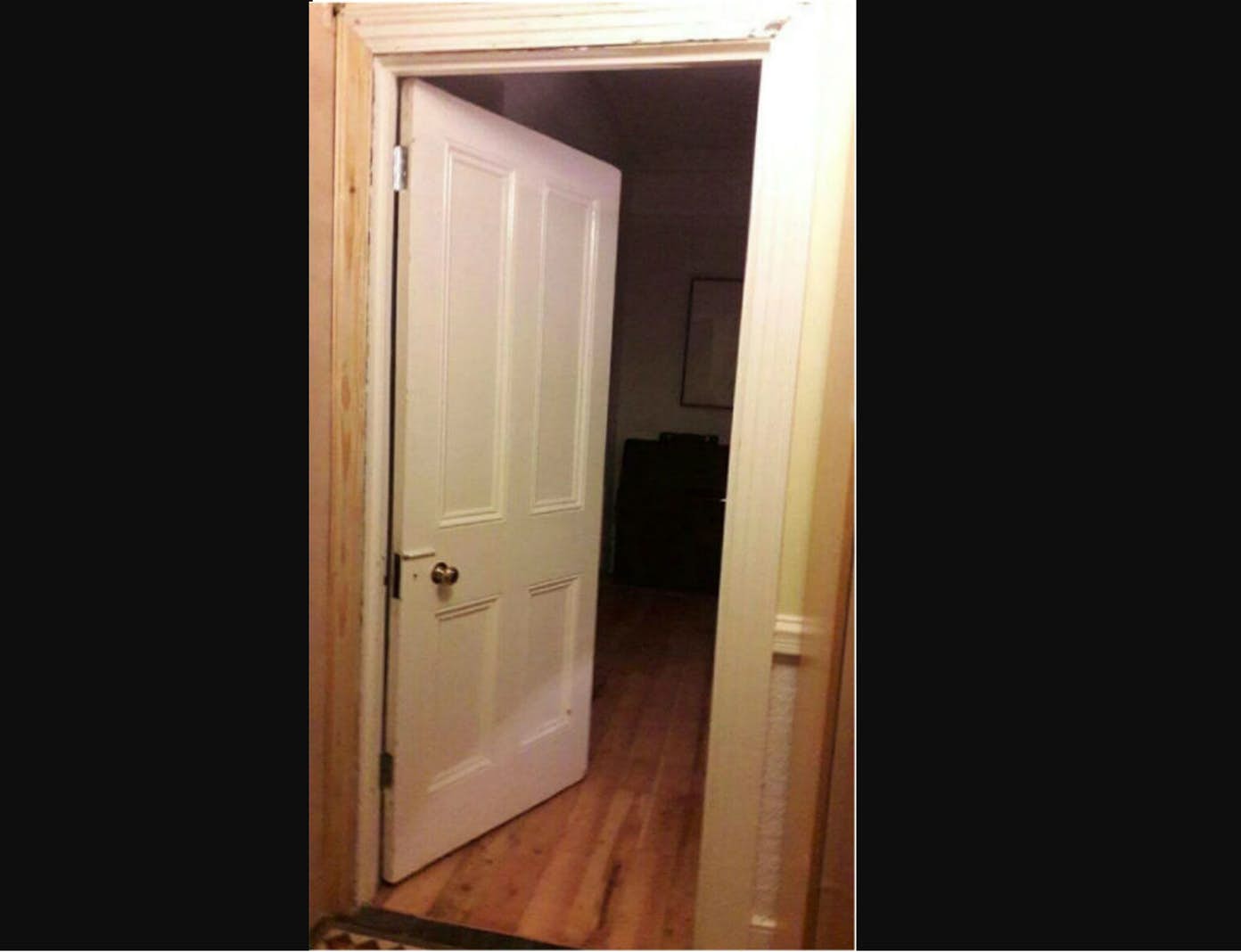 Even those of us that have not had experience professionally as far as home improvements go will see the problem with this doorway immediately.

The most basic among us can deduce that the door knob and hinges shouldn’t be on the same side of the door, but here we are.

I really hope this was not a professional job. I also hope that if this was the homeowner who fancies him or herself a handyman, that they stop now. They need to spend the extra money for a pro. On the double! 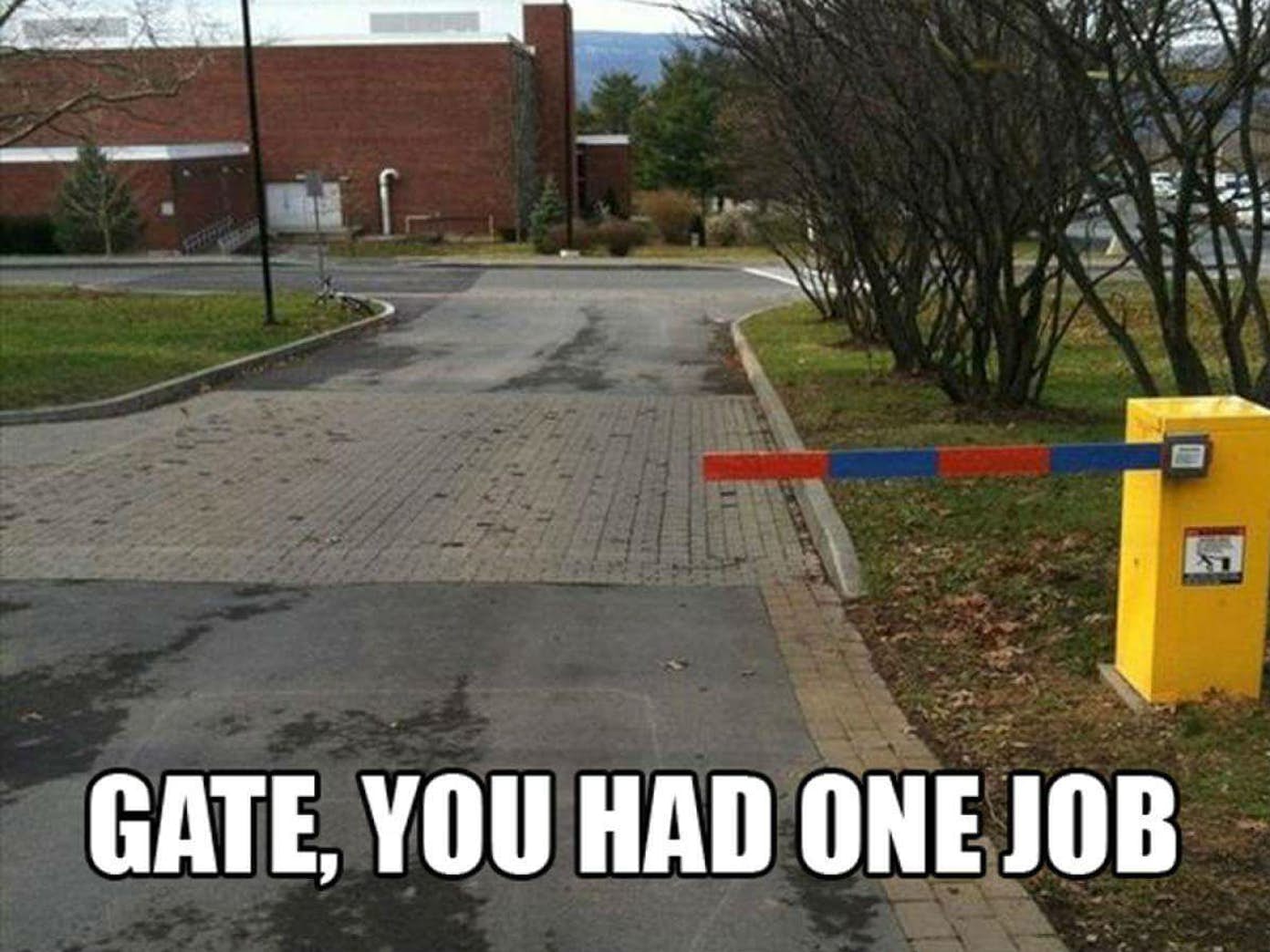 We have all seen the mechanical arms that serve as a barrier to keep people from properties they don’t belong.

They generally work better if they’re actually long enough to block the passageway.

This one begins too far from the edge, and the arm is so short. Is it broken? I’m not sure what they hoped to accomplish with that tiny thing.

It certainly won’t hinder anyone from just driving through, even in a huge vehicle.

It certainly seems out of place and it’s absolutely useless as is. I hope nobody went home proud of themselves after that. 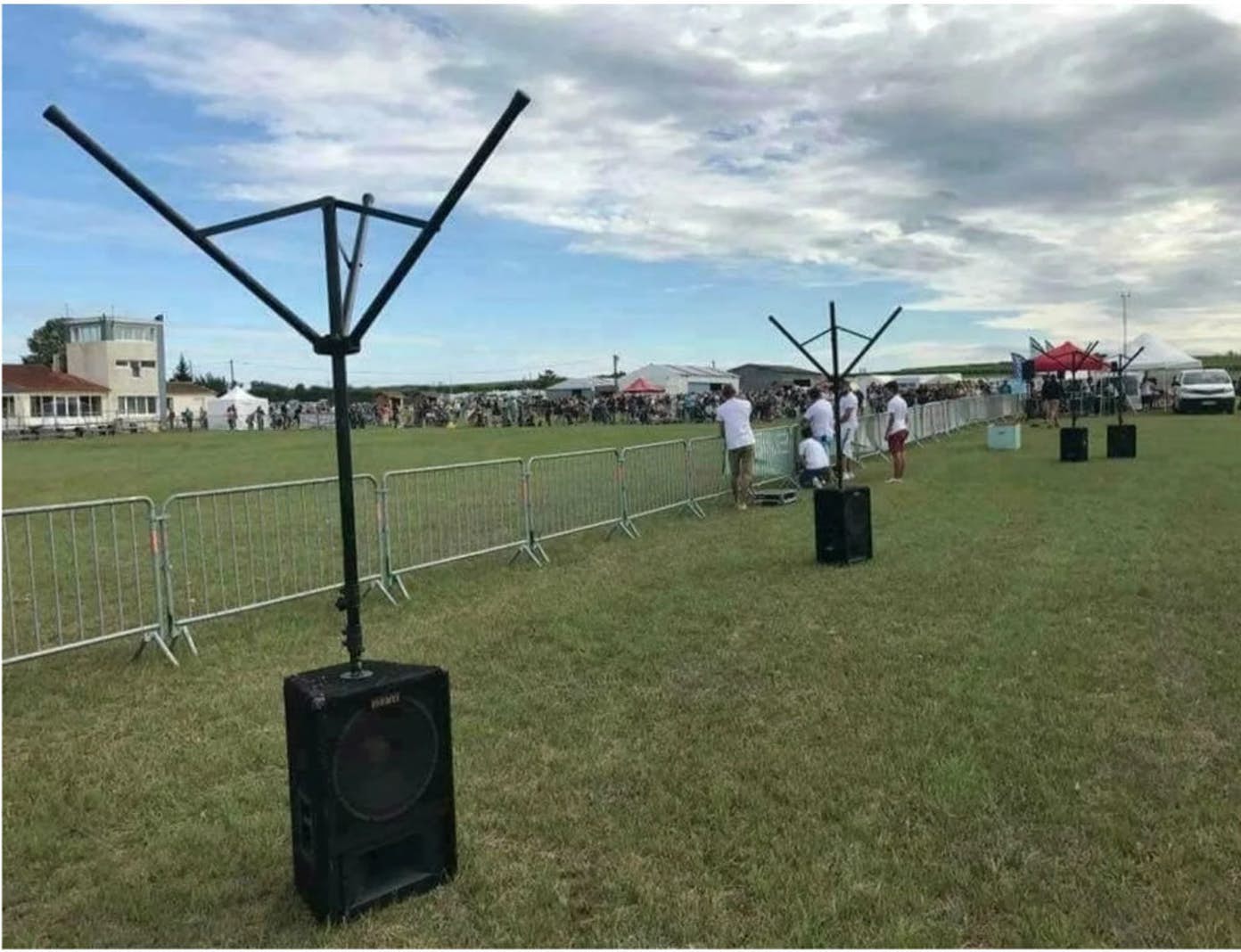 I think I can give the benefit of the doubt on this one. Maybe whoever it was that set up these speakers, did it on purpose because it was a windy day. Maybe they thought gusts of wind would knock the speakers to the ground and destroy them.

The sound will still come out this way. It just won’t travel or be heard by those a little farther back.

I kind of want to know the rest of the story. Did they stay this way. Did someone more knowledgeable come along and correct this strange mistake? If they ledger them this way, how did it affect the sound? 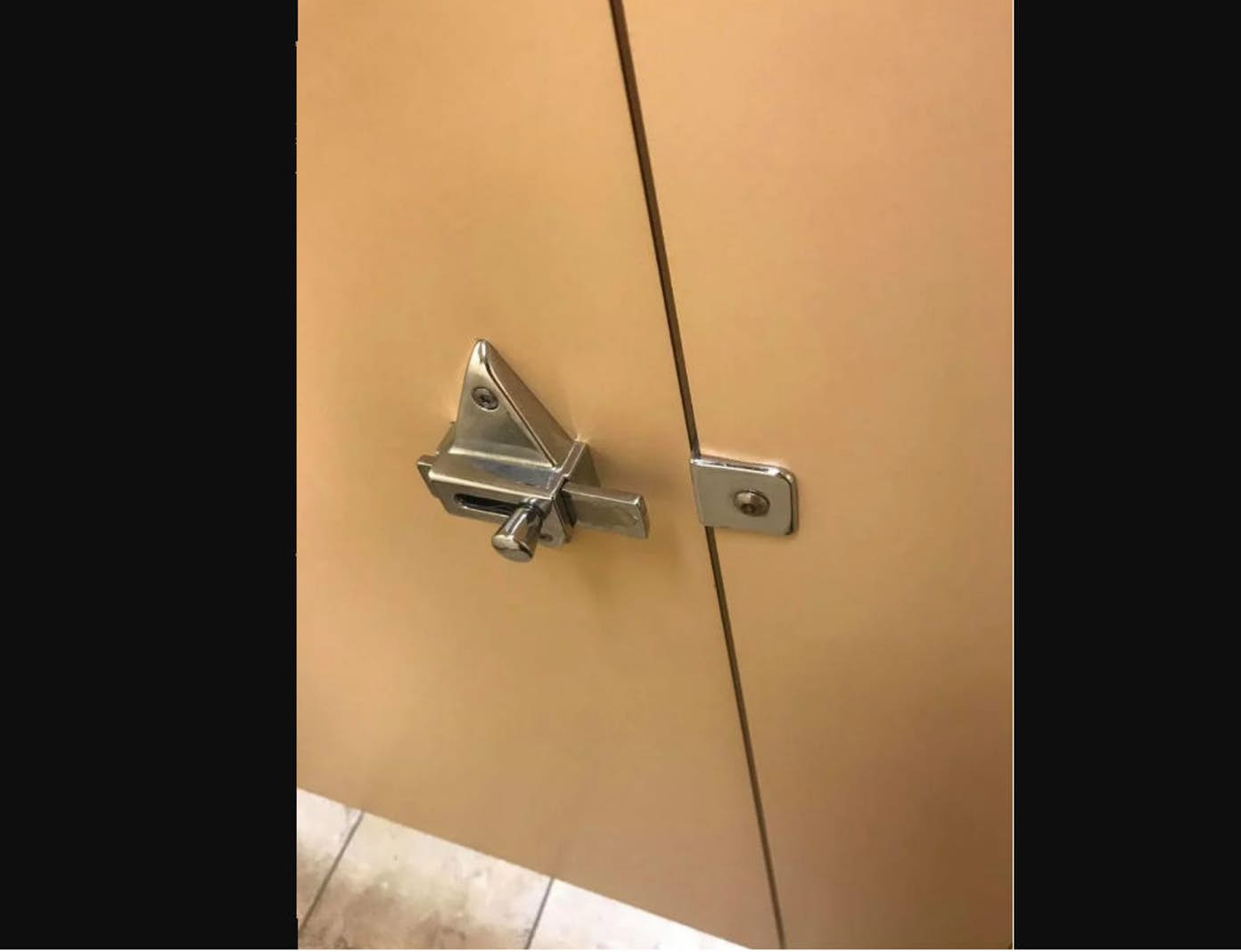 I don’t consider it a great feat of engineering to be able to line up the two parts of a lock on a door. Apparently, it just might be.

I have encountered this more than a few times in my life and it just seems to me as if they would have been able to figure this out by now.

It seems like all that would be needed to fix this issue is a tape measure.

Maybe that’s too simple. Maybe it’s one of those instances where they are so used to using complicated formulas to design and create their products, and common sense just gets overlooked.

Really, nobody actually put thought into this. They couldn’t have, right? The evidence is literally staring us in the face. It’s also going to make using a public restroom even more awkward. Who would have thought that was possible? 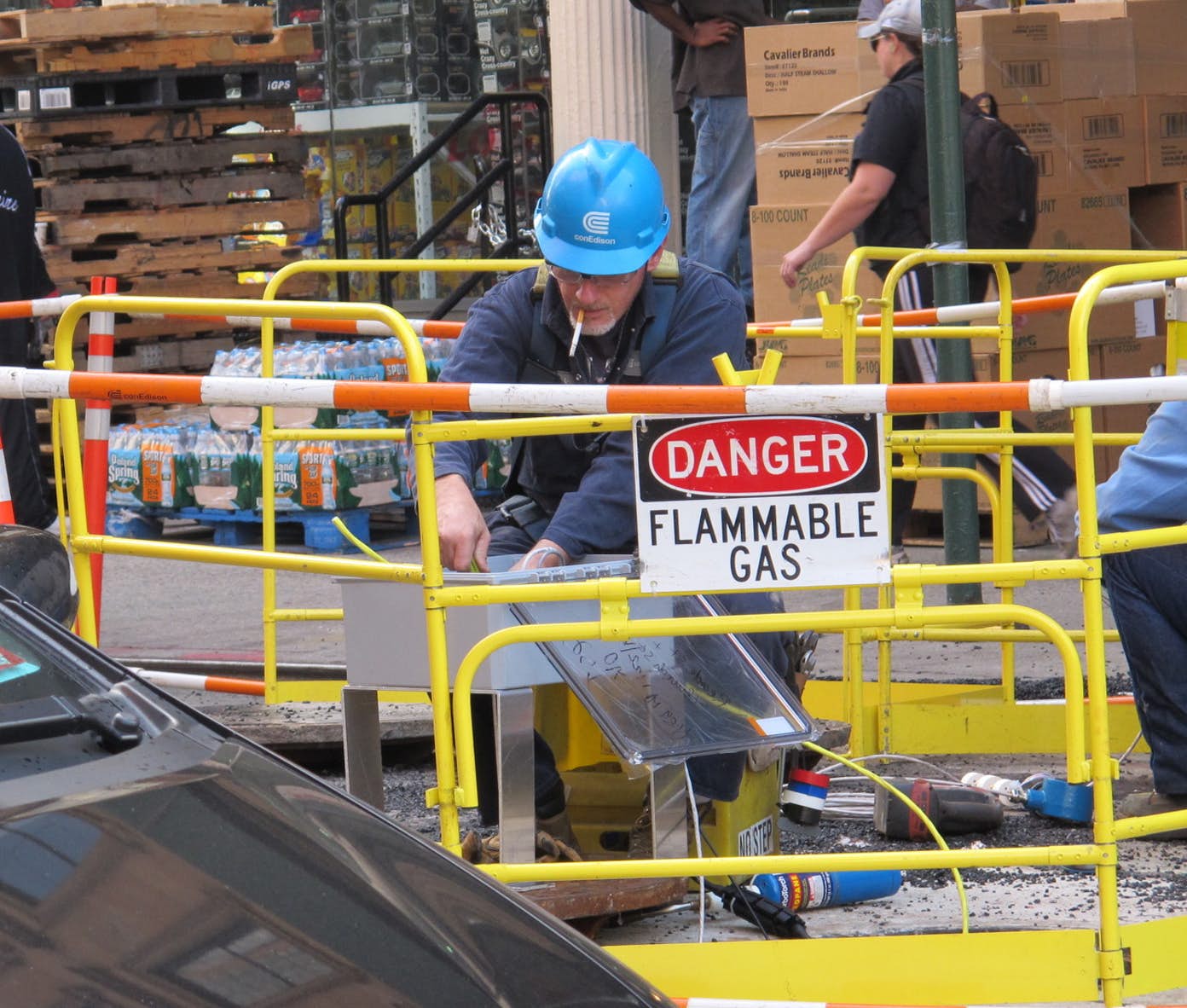 I’m always baffled when I see people just blatantly ignoring rules or safety procedures. Why would you not want to keep yourself safe? It goes to a whole new level when they put others at risk.

It’s one thing to do dumb stuff unknowingly, like if it was a pedestrian walking past this sign warning everyone that theirs is flammable gas present.

It’s another when you’re a worker, who likely put up the sign yourself, and you totally disregard the consequences.

Does he not realize he could blow himself and no telling how much of the street and how many people up because he can’t be bothered to smoke, oh, I don’t know, away from the flammable gas?

What a dolt. I hope he didn’t blow up, but something or someone needs to knock some sense into this man! 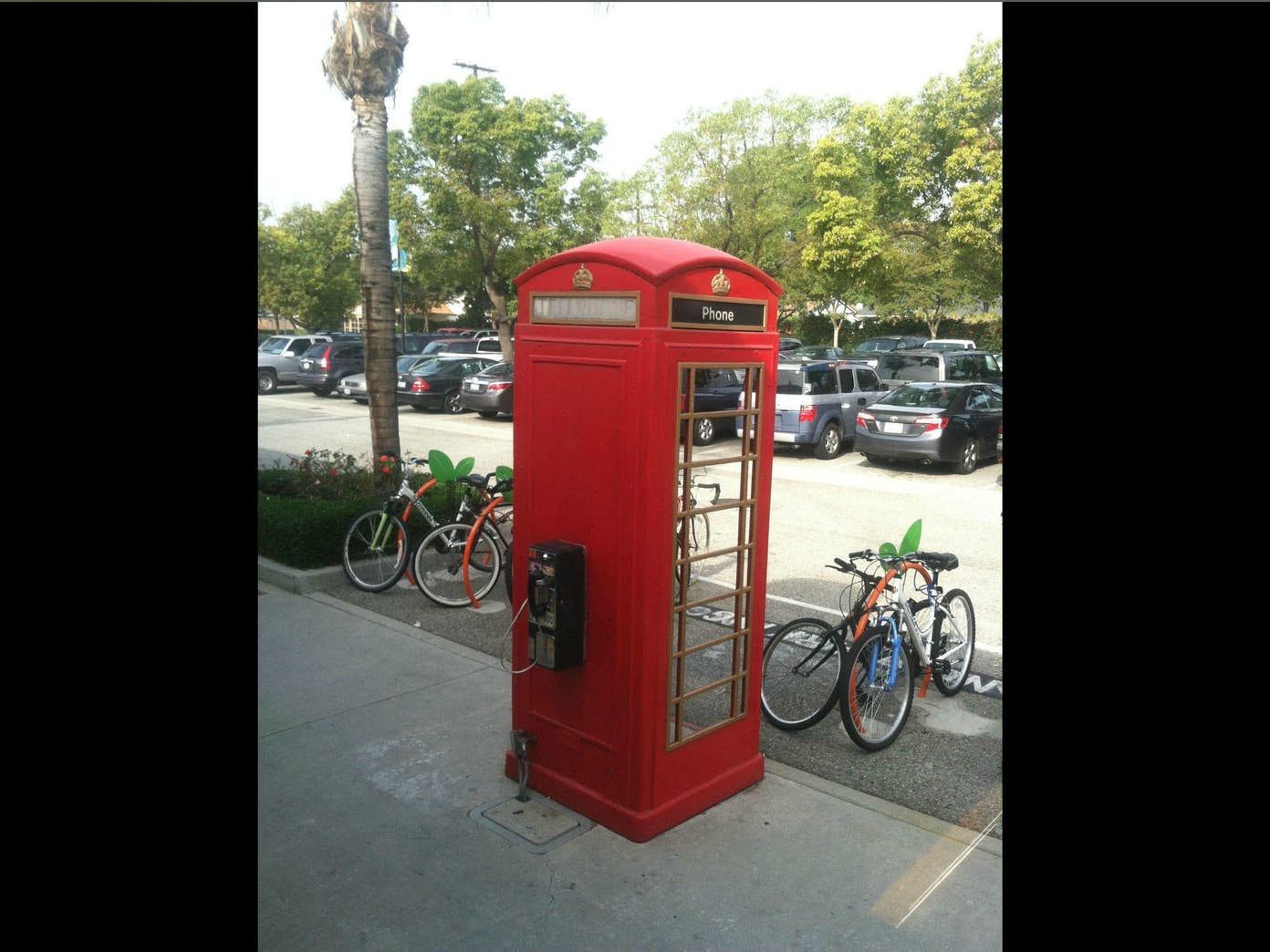 Phone booths are not something we see in the United States anymore, at all, so this one is pretty strange. In Europe, they still have some. This looks British to me. When you see movies, and it shows a phone booth, the whole point of the booth is that the phone is on the inside.

Maybe there is another on the inside of this vintage looking red phone booth, but there’s also one on the outside.

Somebody totally missed the memo on where phones go this time. 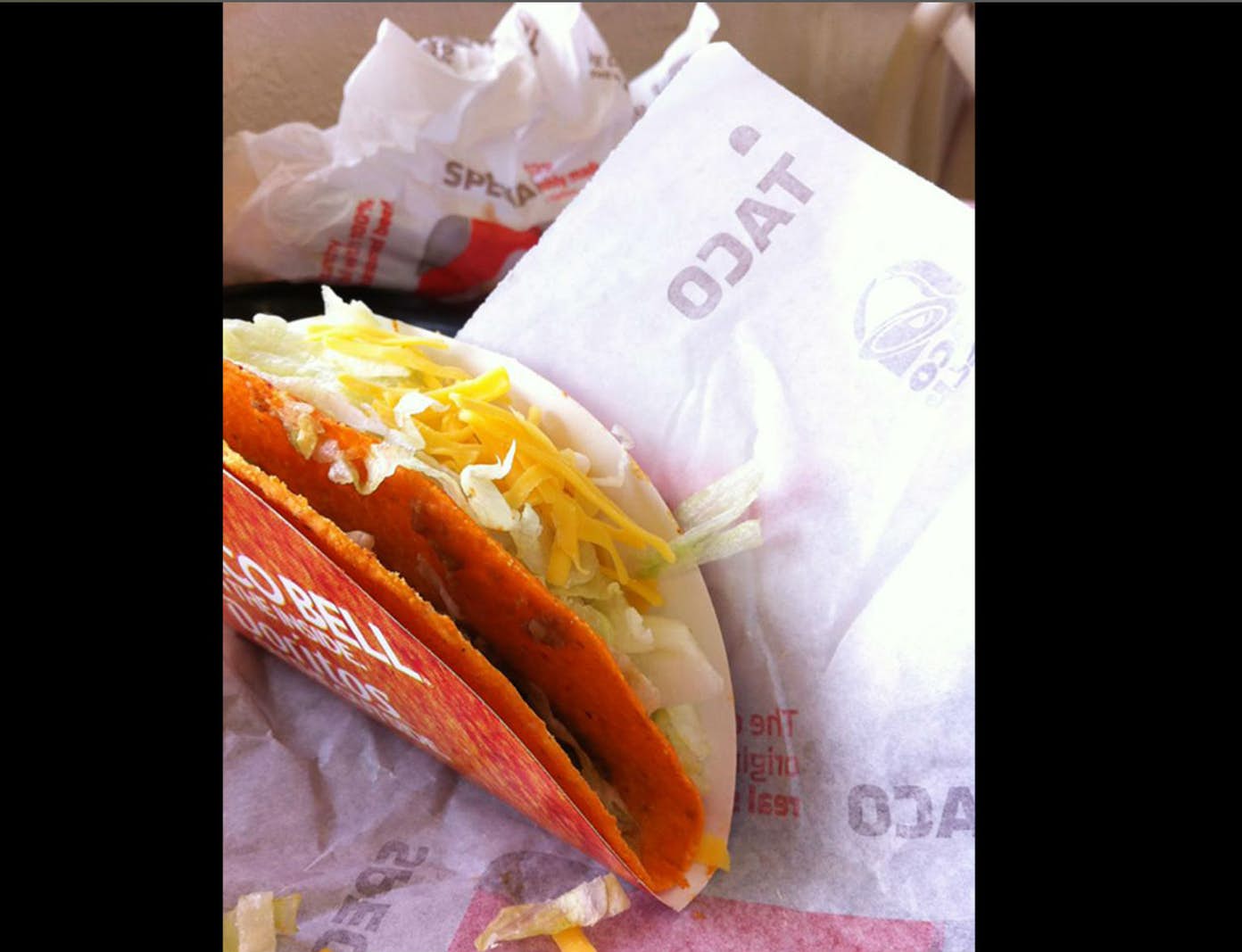 I have worked in fast food, and although it sometimes gets really busy, it’s generally not a very hard job. You would think that after just a couple of days of training, someone making your food beyond the drive-through window would know what they are doing. Apparently that’s not always the case.

Tacos are pretty basic food, that most people in the world not just eat, but make it home. No class should be required on how to assemble a simple taco.

Maybe there’s a good explanation for why the lettuce and cheese are in the outside of this taco shell, rather than nestled on top of the meat as it should be, but I guess we’ll never know.

I am really appalled that this persons m didn’t care enough to do this the right way.

I’m glad that’s not my taco. That would be a huge bummer. 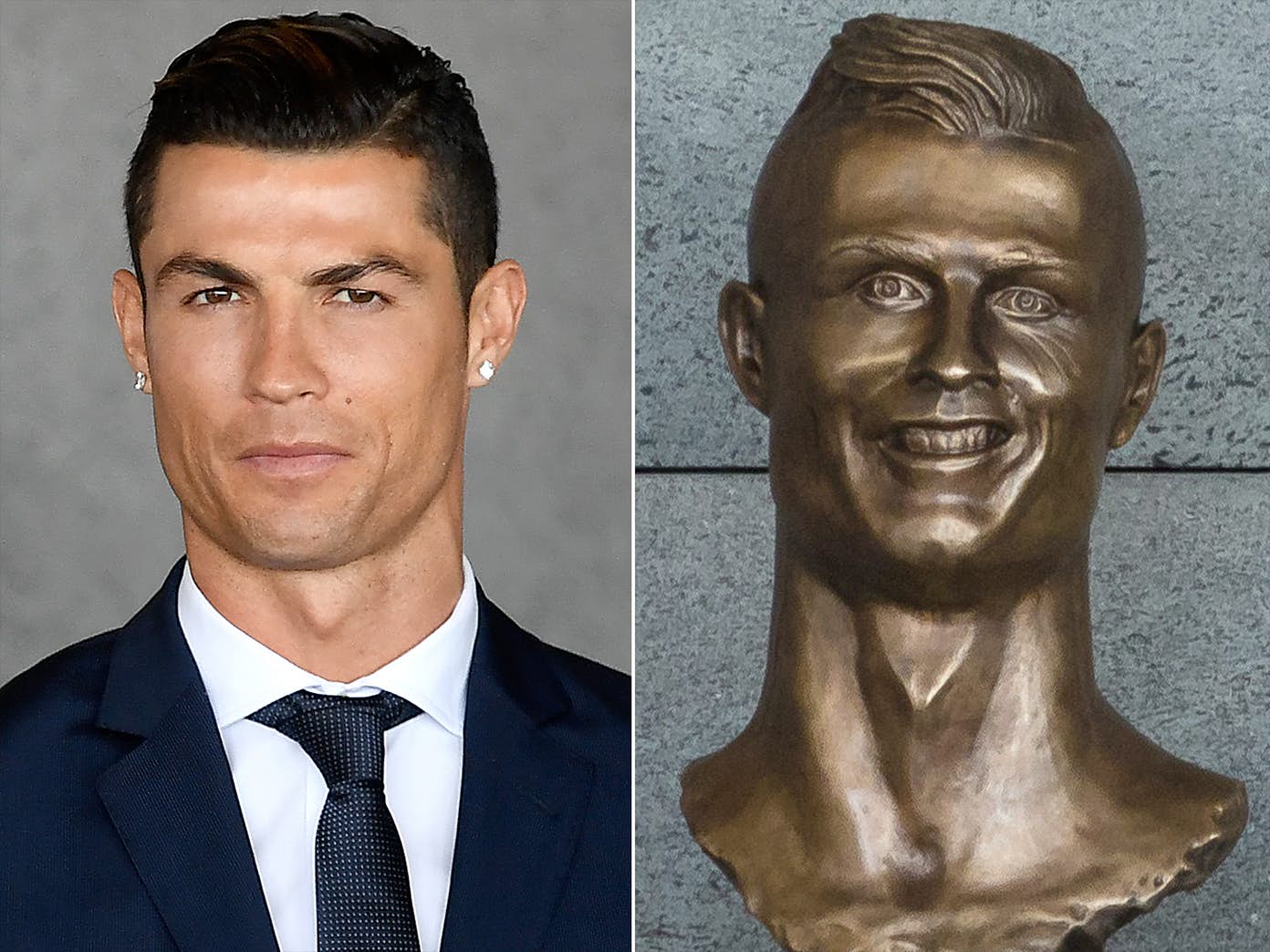 When a Portuguese football star was told he was going to be immortalized when a bronze bust was commissioned in his likeness, I bet he expected much more than what he got

Cristiano Ronaldo is a forward for the Portugal International Soccer team, and he is also the Captain. People look up to him and admire him for his talent and his leadership.

He is also a very handsome man, and I’ll bet he was excited to hear of this creation so he could always have proof of his youthful good looks. Okay, maybe he didn’t care about that so much, but I bet legions of female fans care.

Needless to say, this artist needs to find another profession. The bust looks nothing like Cristiano. It’s like a goofy character someone imagined rather than the likeness of this cute footballer.

What a shame. I hope nobody paid for that.

There are countless styles you can choose to rock as a man. Maybe you’re into street style and love... 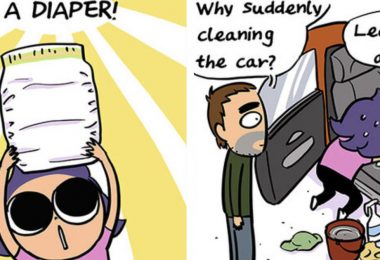 Have you ever gotten yourself in one of those situations where you thought you could hold your pee...