During the height of the Cold War, America spent billions of dollars putting missile silos around the country. There were constant rumors about which silos were real (and not just dummy silos), what went on in the silos, and where each silo was placed.

Since the end of the Cold War, many silos fell into disrepair and were abandoned to the elements (without the rockets, of course). This eventually afforded the public the chance to go into the past and see where the greatest agents of death once slumbered.

Recently, a group of friends ventured into an abandoned missile silo near Roswell, New Mexico. What they found changed their lives forever.

The entrance of the silo was once covered with this metal plate, which was obviously pried open for others to view. 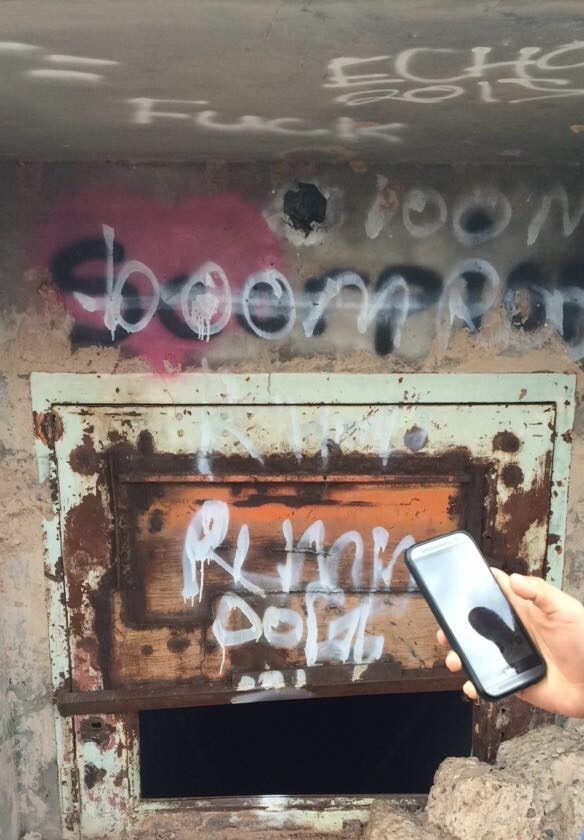 There wasn’t much lit inside, but there were countless Black Widow spiders laying in wait 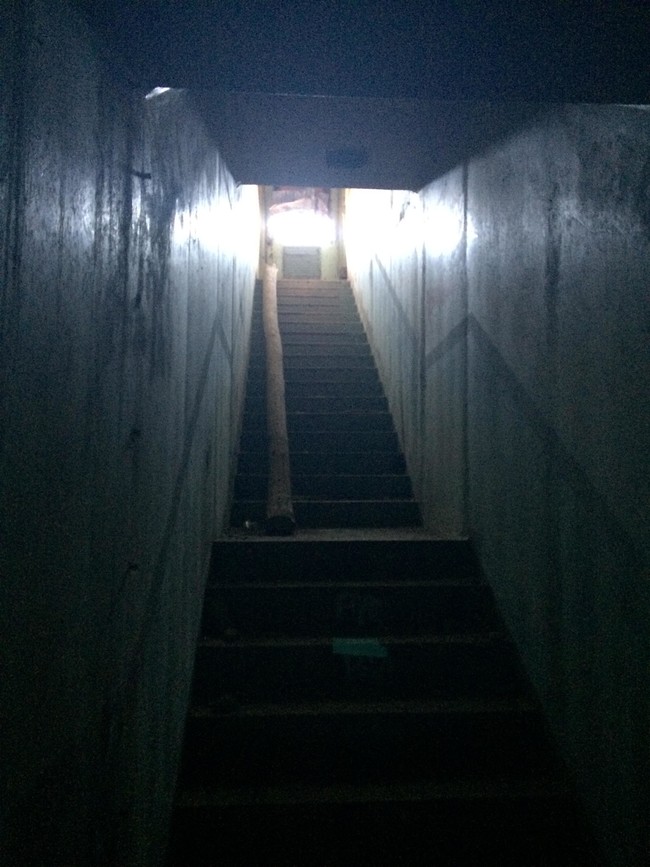 Wherever they went in the silo, they found creepy, strange black paintings like this one 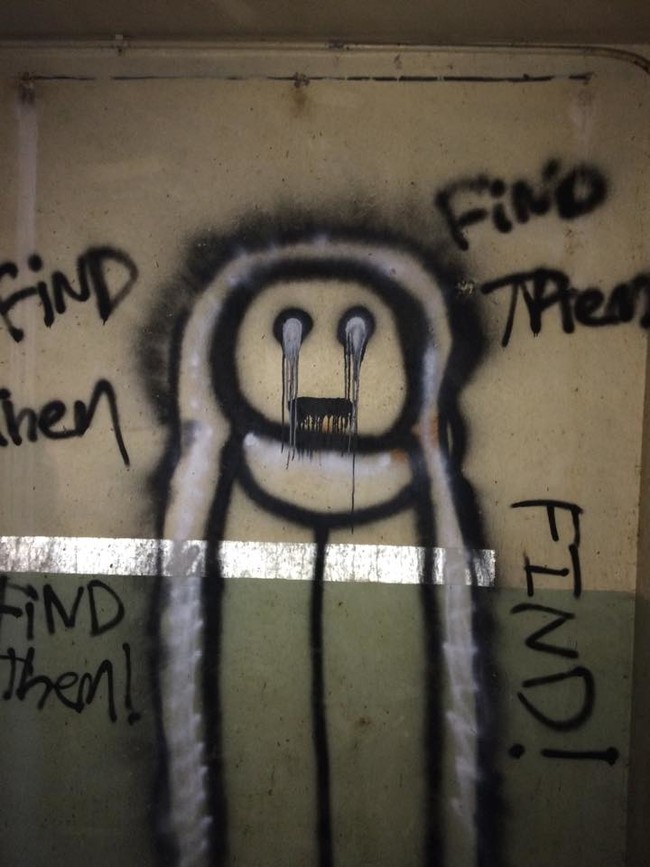 They eventually found the blast door. However, upon review, it was clear that someone had been here first…with a plasma torch. 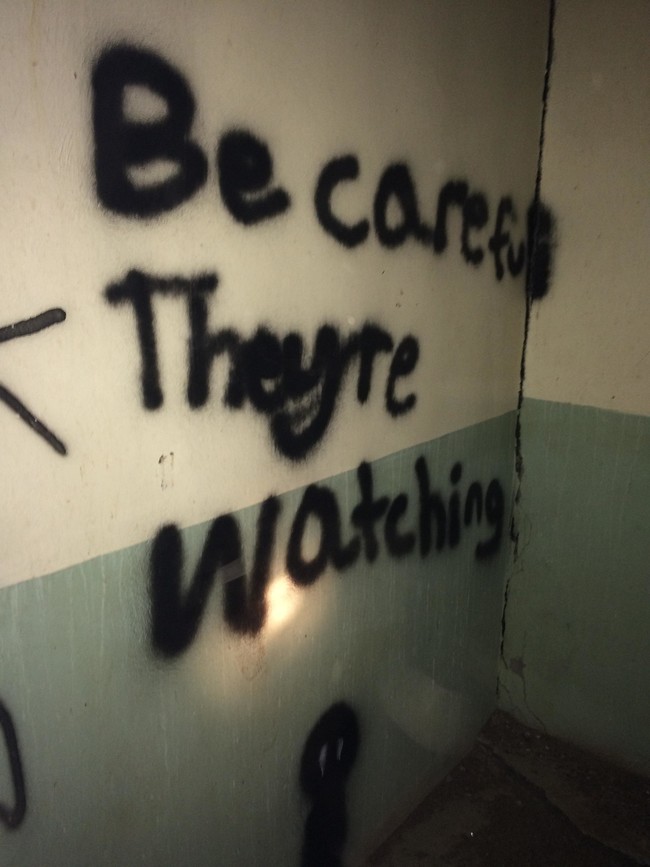 They found more graffiti inside, which some believe comes from the 1980s. 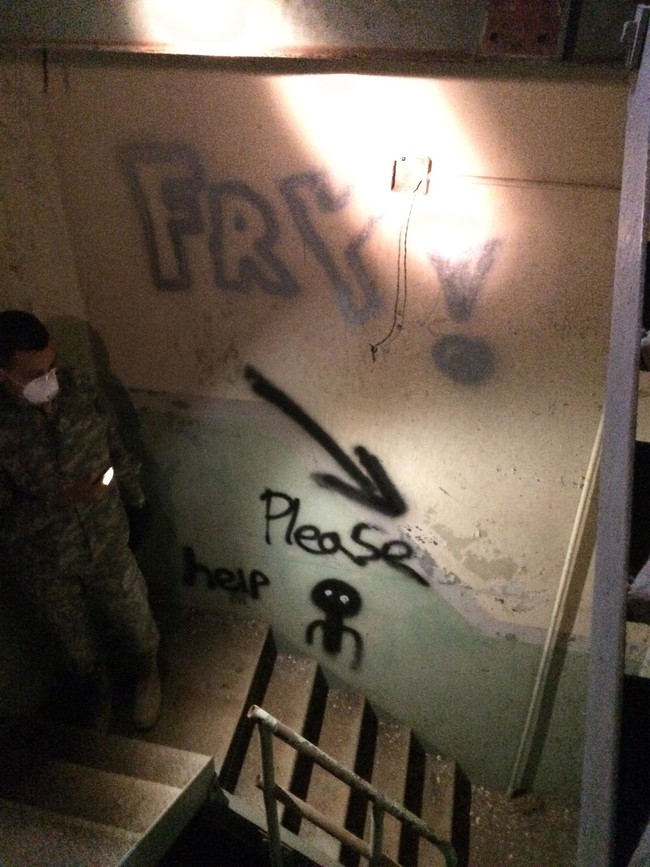 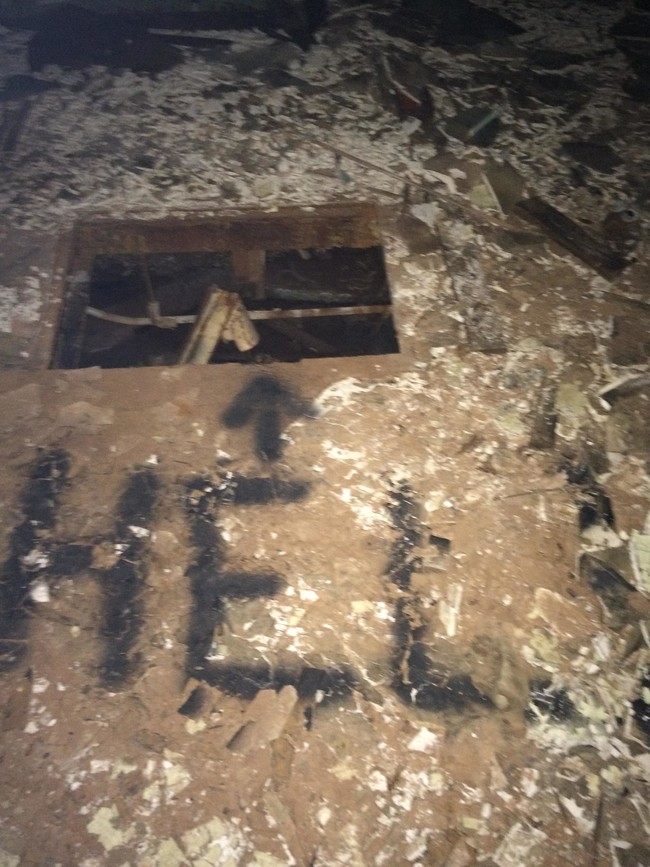 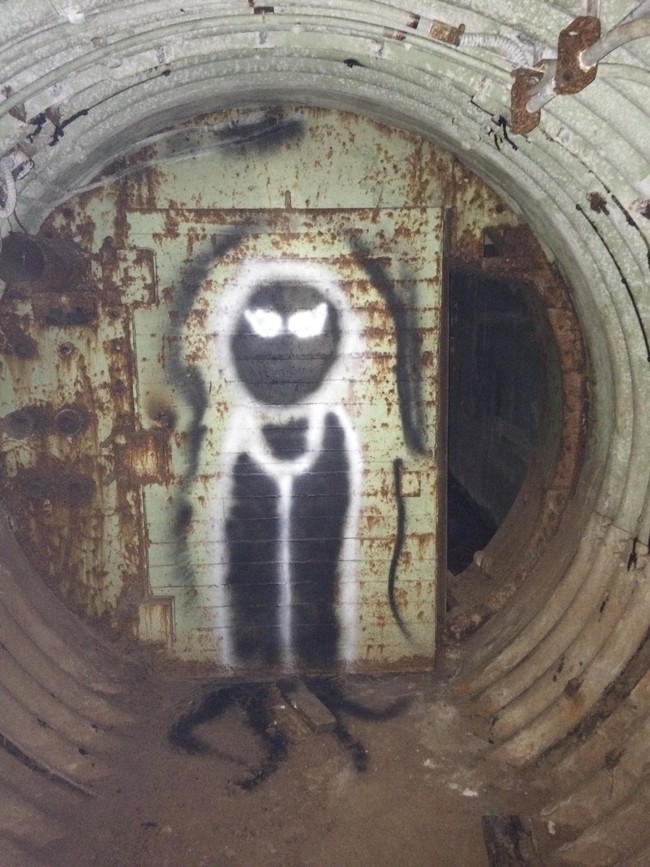 “In the control rooms, there were old plumbing fittings in the floor, as well as broken down wooden walls with carpeting,” according to the explorers. “In the wooden floors, there were holes labeled ‘HELL.’ These holes had grey and black much and smelled like rotting flesh. Also in the control room was a massive cement cone pointing downwards. The sign on it read ’40 tons of sand. Release in case of emergency!’ If there was ever a problem down there, the scientists were trained to release the sand into the silo and climb the hatch where the mass of sand used to be. The cone is still filled with sand from the surface, but we haven’t found the release lever…yet.”

As they left the control room, the explorers moved throughout the silo, continuing the find interesting “art.” 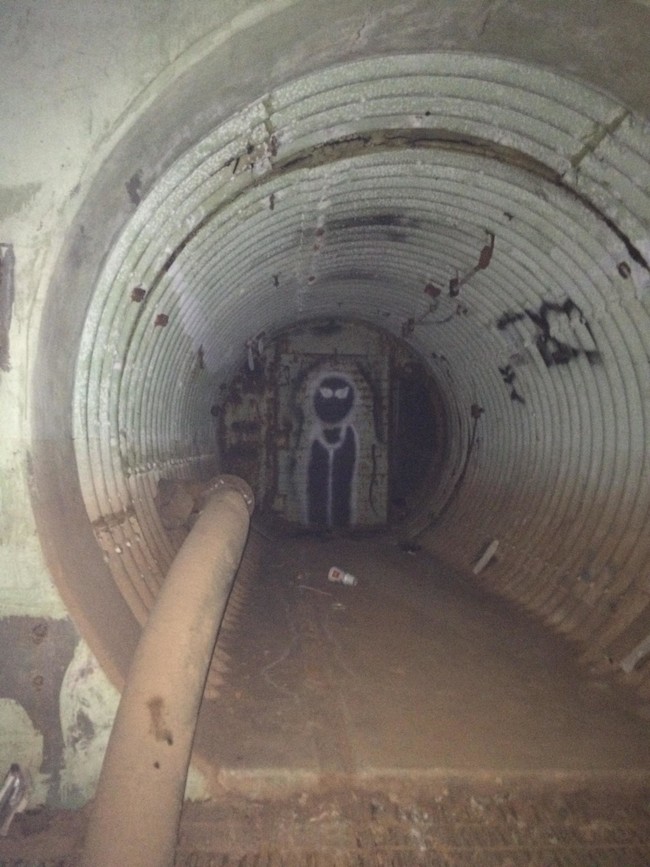 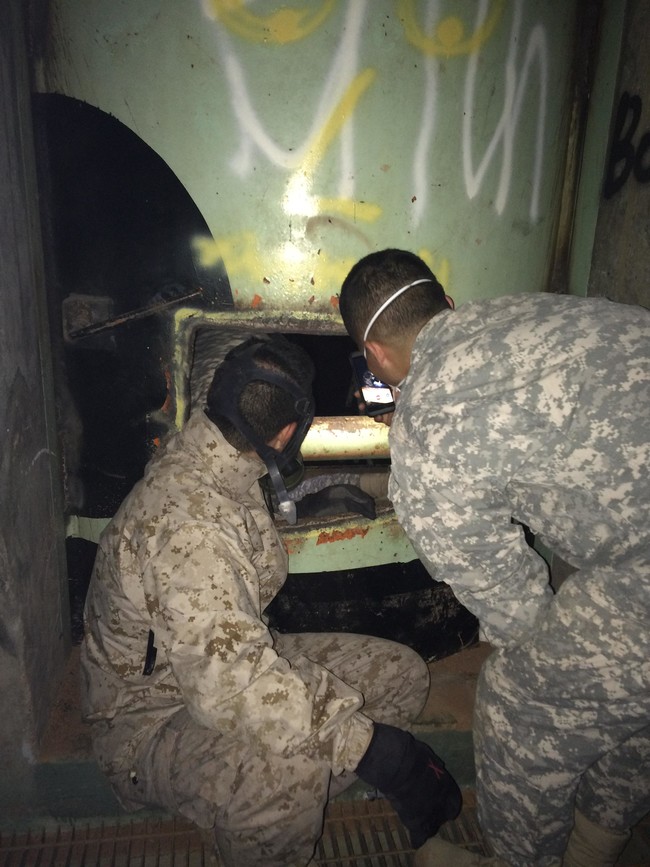 They went through more blast doors… 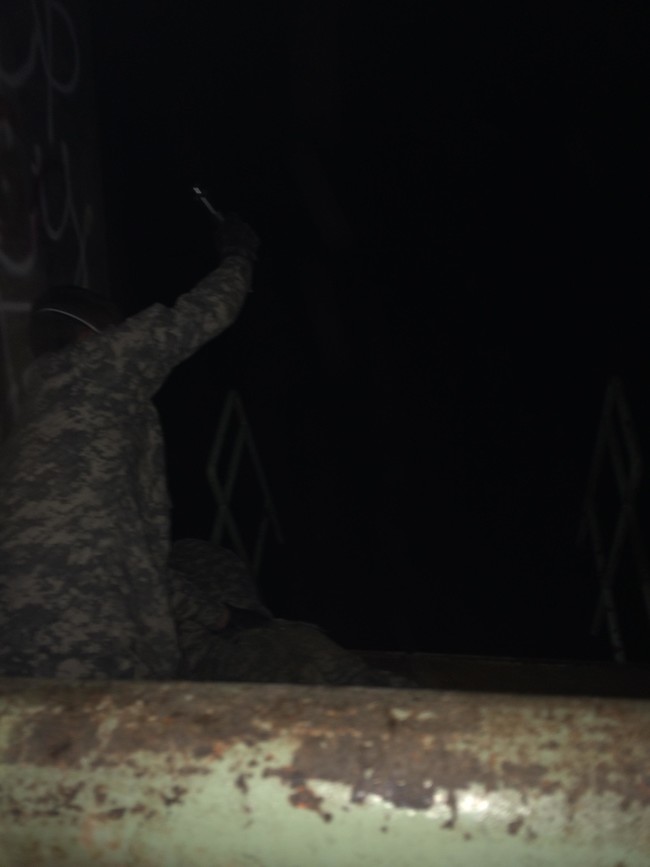 Until they finally had enough. The group left using the same staircase they entered…except with a parting message. 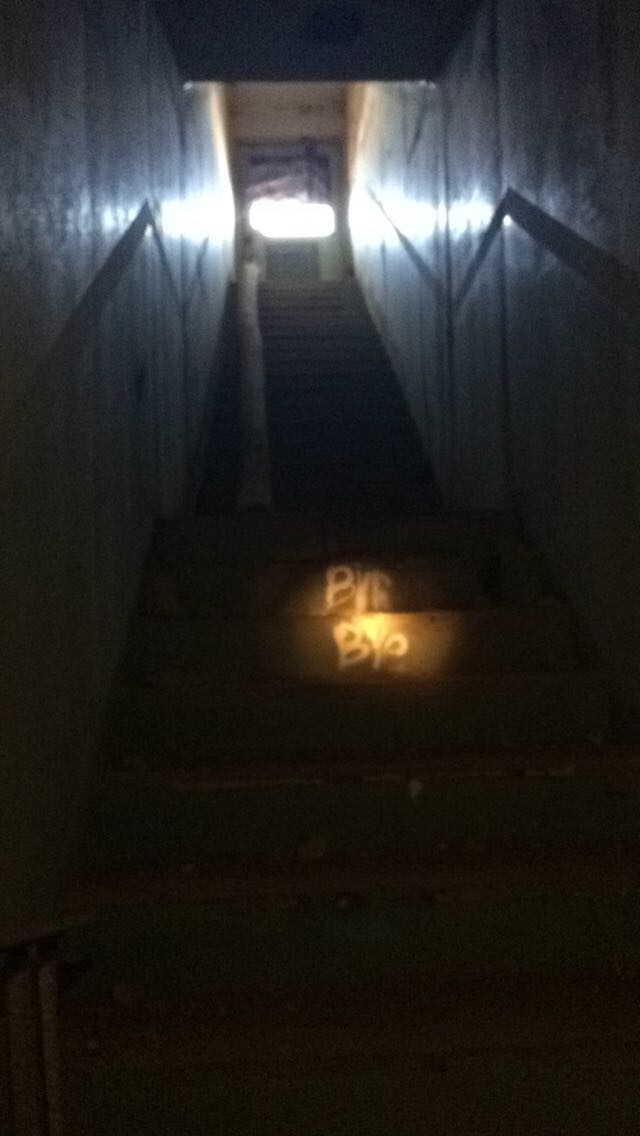 Creeeeeeepy doesn’t even begin to describe this discovery. I now know where I’m definitely not going when I visit New Mexico again.