Here in the States, we’re pretty quick to call out companies who use pseudo-science garbage when marketing food, but when it comes to alcohol, we’ll believe pretty much anything. For example, we believe Miller Lite’s claim that their beer is “triple-hops-brewed.” I don’t know what it means, but it gives me something else to say when a colleague asks why I’m drinking such a crappy beer besides, “Because I’m poor, John.”

A company in Japan has created an even more tempting ad campaign, claiming that their beer called Precious will make you prettier. The science might be whack, but the marketing is pretty genius. The thinking, I guess, is that alcoholics will use any excuse to down a beer, especially when talking to that pompous ass, John.

The secret to the magic beautifying brew is that it has two grams of collagen, which is said to help keep your skin nice and firm. 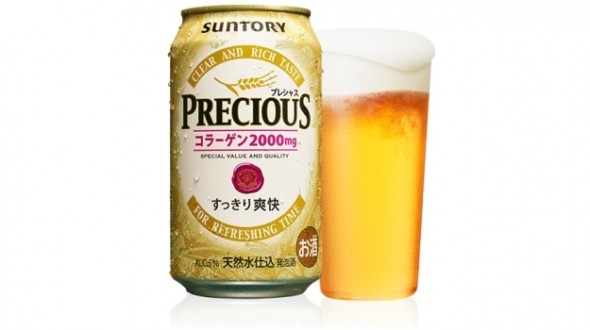 Collagen is the stuff often injected into lips during plastic surgery, but it’s also naturally produced by our bodies by eating a healthy diet. 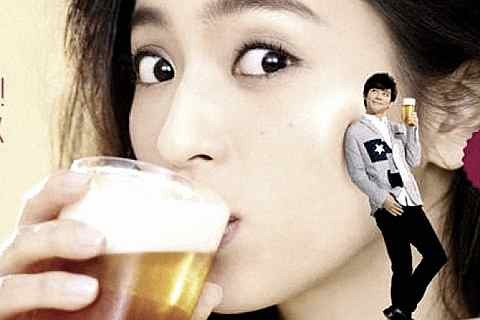 Skin so firm, a tiny pixie can lean against it while drinking a little glass of Precious himself.

Is the science a little shaky? Sure, but that shouldn’t discourage you from watching this awesome Precious commercial that aired in Japan. I have no idea what they’e saying, but it sounds like they just discovered the elixir of life.

Beer itself has some health benefits if consumed in moderation. It gives you the good kind of cholesterol, it aids in kidney function, and even reduces the risk of heart disease. And that’s why I usually drink five triple-hops-brewed Miller Lites, instead of two pints of Guinness, John.