Home » Get Your Ideas For The New Travel Destinations Here 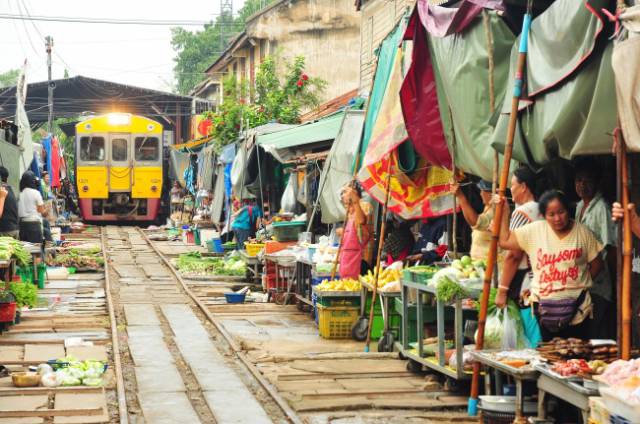 At first, it looks like a normal crowded Asian market like any other, but the picture changes when you see that a train passes right through the market several times a day. The market is literally on the tracks. Whenever the train approaches, it creates a hustle as all the shops take a step back to clear the rails, replacing their goods once the train passes by. This train is one of the slowest in Thailand with a speed of 30 km/h. 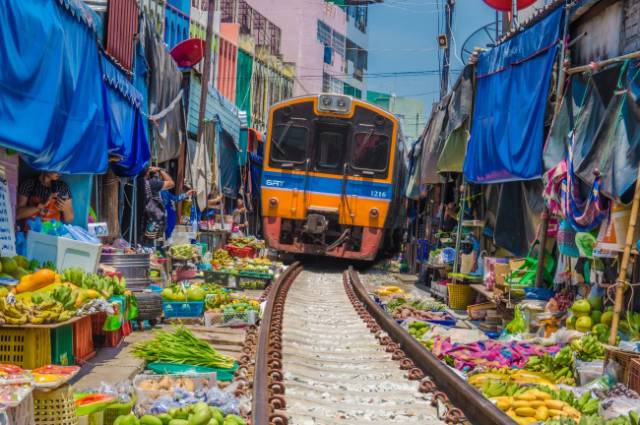 An average aircraft usually needs a minimum of 8,000 feet of runway to land safely. However, the landing strip at Princess Juliana International Airport is only 7,456 feet, and some of the biggest airplanes in the world — like A340s and A747s — land there. And that’s not all! In order to land there, the planes need to pass over a beach and a fence to get to the runway. 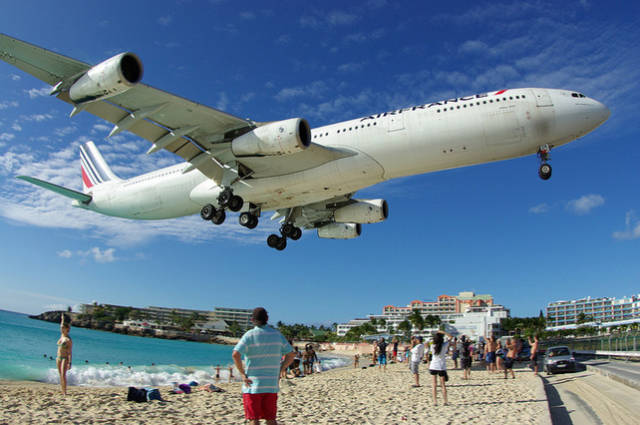 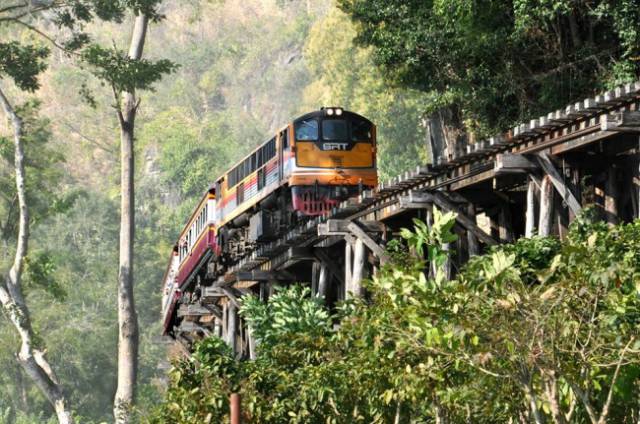 The Death Railway, or Burma Railway, is located in the Kanchanaburi Province of Thailand bordering Myanmar. The tracks, which were constructed under Japanese rule during World War II, pass through thick forests and steep mountains. It obtained the name of the Death Railway from the 90,000 civilian laborers and more than 12,000 Allied prisoners who died during the construction of the bridge. 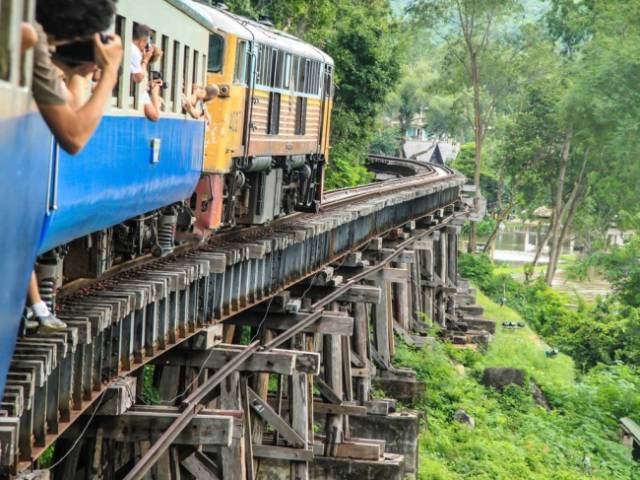 Located on the eastern coast of the North Island in New Zealand, Gisborne Airport is one of a kind because not many airports have a railway line passing through the runway. The Palmerston North-Gisborne line has trains passing through all day, and the airport and railway authorities are always in sync to prevent any mishaps. Still, we can sometimes see trains and planes crossing paths. 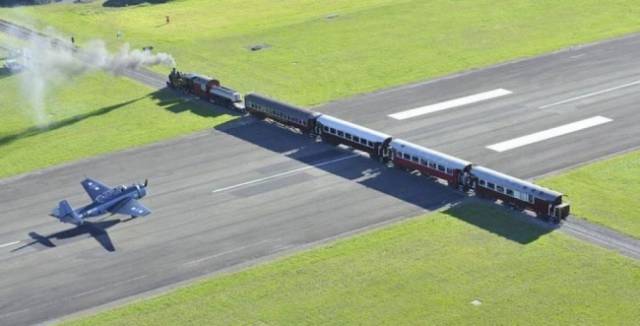 Located in Huixian, Xinxiang, Henan Province of China, this 16-feet-high and 13-feet-wide mountain road was constructed by 13 local villagers in the 1970s. Literally translated as “Road that tolerates no mistake,” it is one of the most dangerous roads in the world 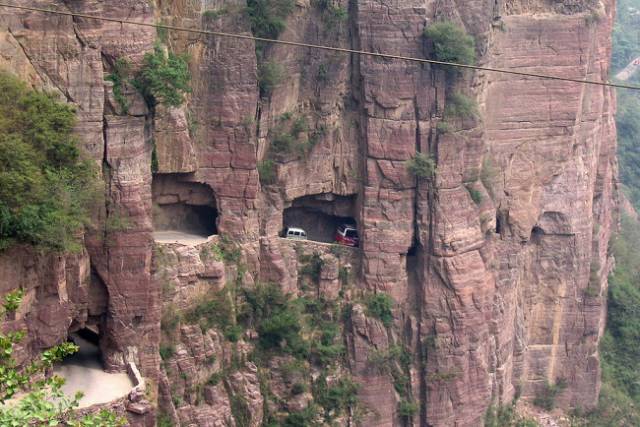 Saba Airport — the shortest runway in the world

Considered to be one of the most dangerous airports for landing in the world, Saba’s airport is situated 45 km south of Sint Maarten Island, which is a constituent country of the Kingdom of the Netherlands. With a length of 400 meters, Saba Airport has the shortest commercial runway in the world, making landing a difficult task for pilots around the world. One little mistake can make it a life or death situation. 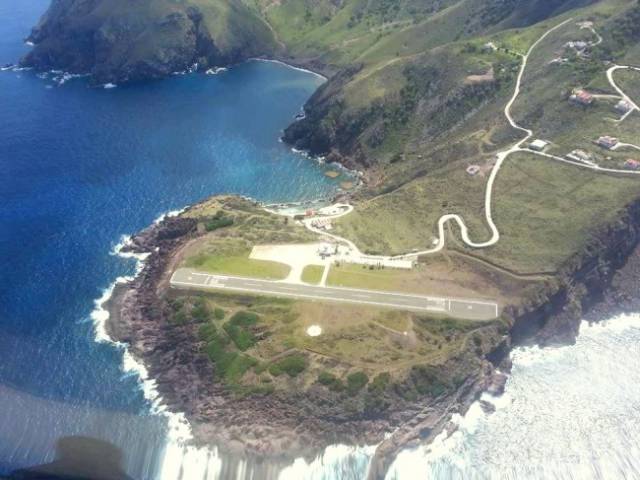 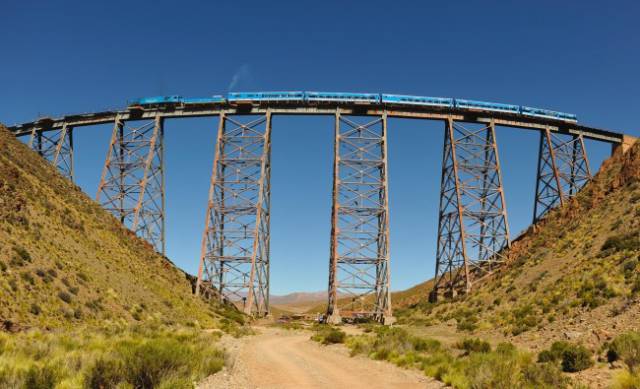 The rail line connecting the Argentine Northwest to the Chilean border goes through the Andes mountain range. The train runs through eastern Salta-Antofagasta and is part of the Belgrano Railway company. And it’s 4,220 meters above sea level, securing the 5th highest railway spot in the world. 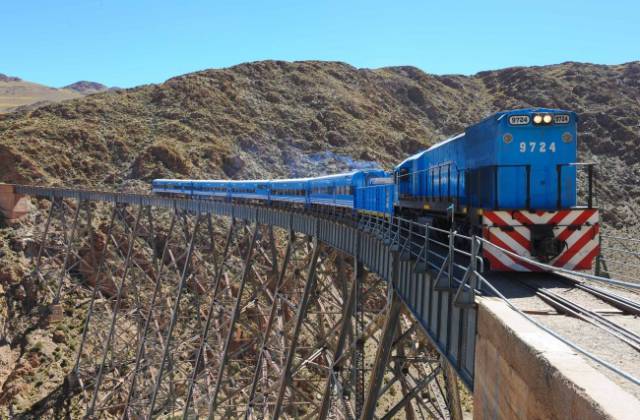 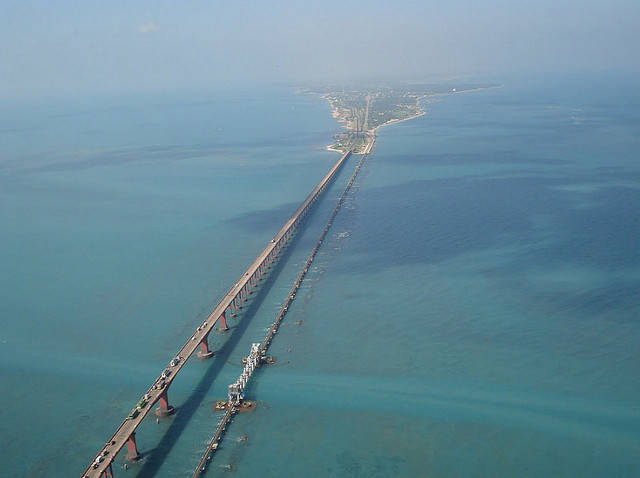 This railway connects Rameshwaram Island to the mainland of Southern India (Chennai). Vying for UNESCO’s world heritage status, the 103-year-old bridge has very low-lying cantilevers and a length of 2,065 meters. While moving on the bridge, one won’t be able to see anything but water on either side of the train. It feels like the train is whizzing across the sea. 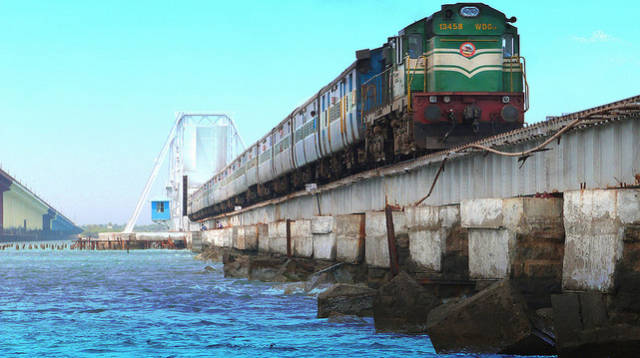 This road snakes into the Taliban territory while being located in the middle of nowhere. The 65-km stretch of highway goes between rocky mountains with almost no residents, winning the title of “the most dangerous road in the whole world.” The insurgency isn’t the only thing bad here as the combination of narrow winding lanes climbing to over 600 meters and the Kabul drivers trying to recklessly overtake are 2 other problems you need to worry about. 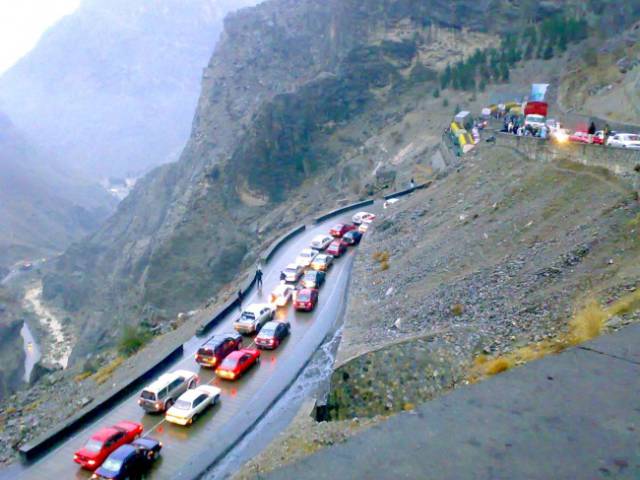 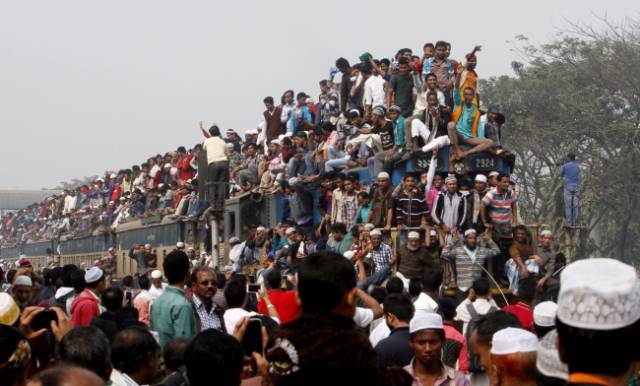 Heavy crowds and roof-riding are common sights on Bangladeshi trains. Bangladesh is one of the world’s most densely populated countries, but the railway network is not so vast. This is why thousands of people have to choose this risky mode of transportation. 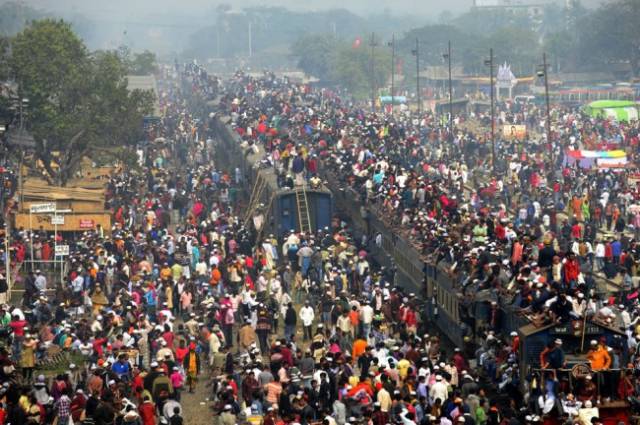 Antarctica — a slippery and icy landing

The coldest part of the planet has no paved runways. Even the thought of landing on ice chills us to the bone, but that’s just the start of the concerns. The most crucial thing about landing on ice is the weight of the plane. Each plane goes through security measures to make sure the landing won’t crack the ice. On the other hand, getting stuck in the snow is another story. 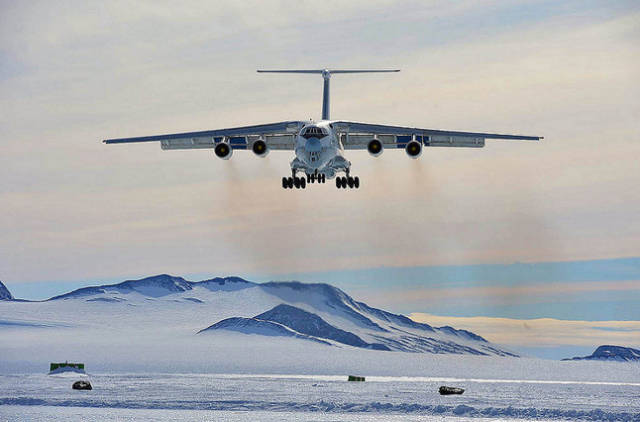 The James W. Dalton Highway, also known as the Alaska 11 Highway, is one of the most challenging roads on the planet. The 414-mile-long highway starts from Elliot Highway in Fairbanks and ends at Deadhorse near the Arctic Ocean. The highway is located in the middle of nowhere. There are barely 1,000 residents and just 3 fueling stations on the whole highway. The harsh weather, cold breezes, and snow-covered roads are complimentary. 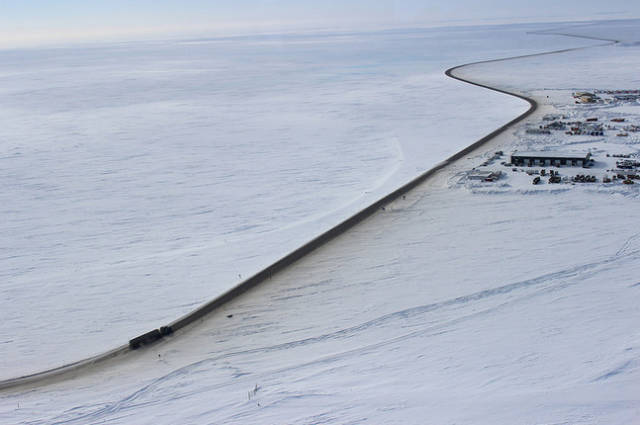 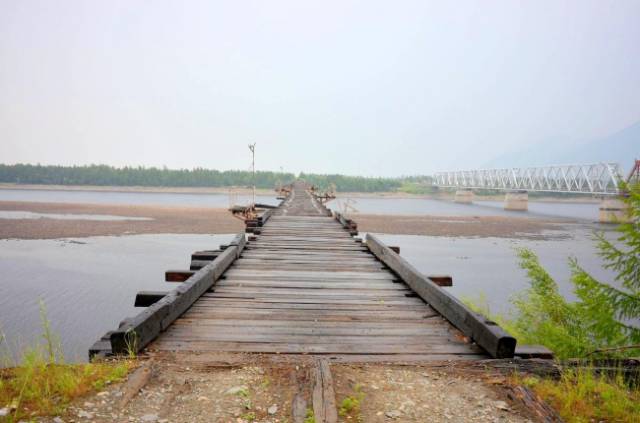 Located in Siberia, Vitim River is a tributary of Lena River. The 6-feet-wide bridge on the river barely fits a standard vehicle, not to mention the fact that there is no railing or fencing around the bridge. The 570-meter-long bridge freezes frequently. Crossing a slippery bridge constructed out of rusting metal beams and decaying wood planks with no railing whatsoever in one of the coldest parts of the planet seems scary to us. 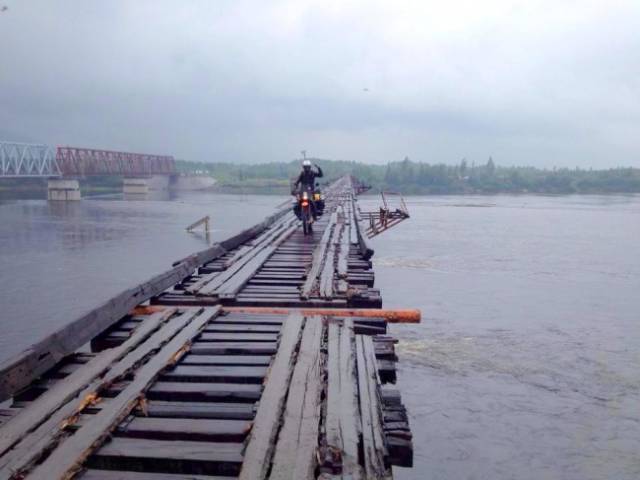 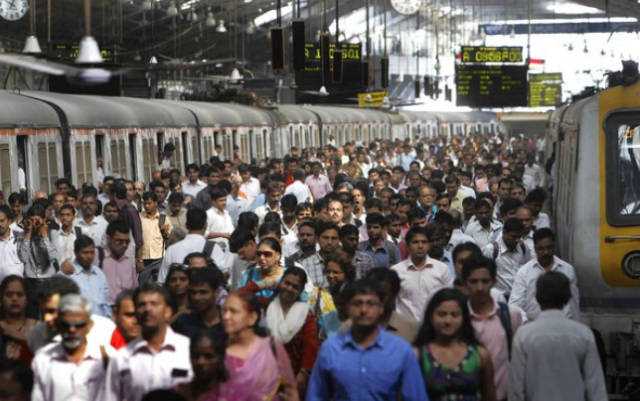 Indian Railways is one of the largest and busiest railways in the world. Mumbai Local, consisting of inner suburban railway lines, is severely overcrowded with its daily ridership of 7.6 million people. 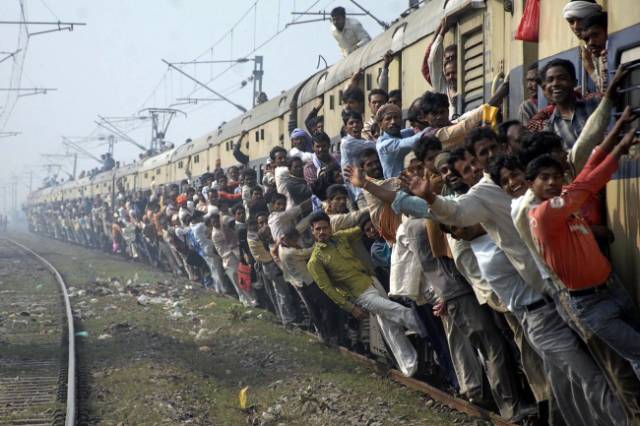 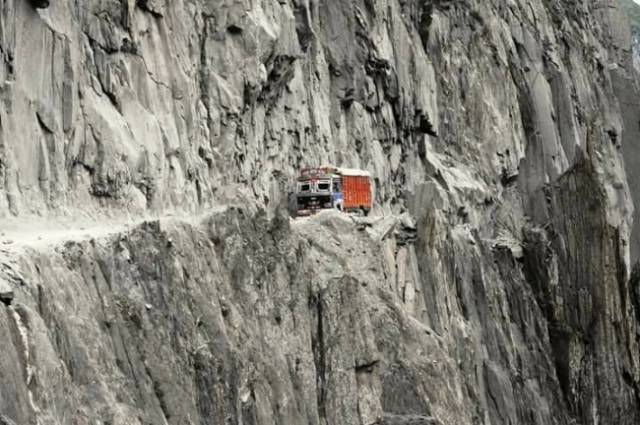 The Zoji La Pass is more than just a pathway: it’s the lifeline of the people of Ladakh, keeping them in touch with the rest of the world. The 9-km mountain road connects Kashmir to Ladakh, meandering over the mountain at a height of 3,528 meters with no barrier on one side and mountain rock fence on the other. 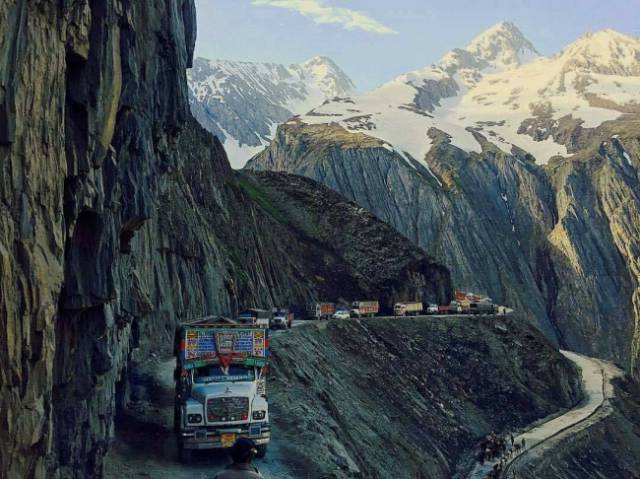 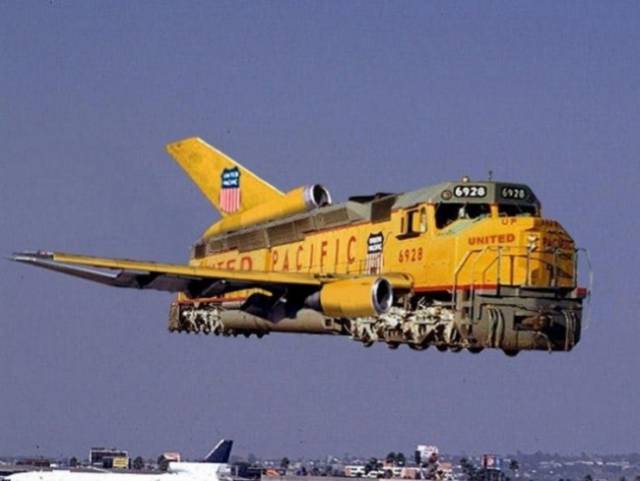 This would really be awesome for an unforgettable ride, don’t you think? By switching the routes from air to land when needed, one could experience a plane and a train at the same time. We wonder if this vehicle has the technology to convert into a submarine or a ship.

Please tell us in the comments if you’ve ever had an unforgettable travel experience. What unusual destinations are on your list? 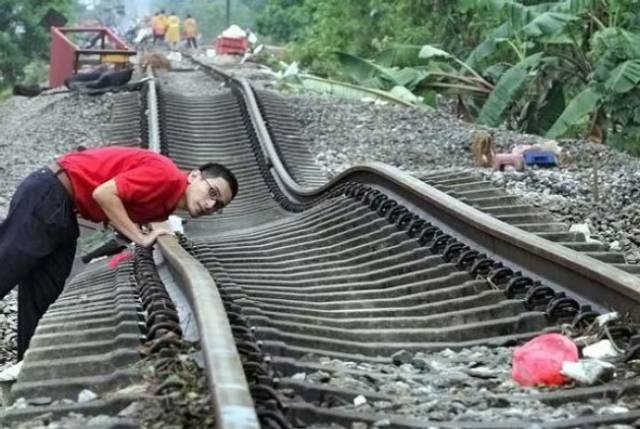