From the bright lights of New York City to the ancient monuments of Jerusalem, every city has a special history that only becomes more interesting the deeper you dig—sometimes literally!

Take Valletta, which is the capital city of the Mediterranean island nation of Malta. You don’t need to know much about history to recognize that it’s an extraordinary—and extraordinarily beautiful—place.

Yet deep underground, there’s a secret that reveals a rich, exciting history that few people today are likely to know anything about. Prepare to take a fantastic journey!

Malta is a beautiful island nation in the heart of the Mediterranean, located between the north of Libya and the south of Italy. The Maltese government calls the capital city, Valletta, “Europe’s first planned city.” 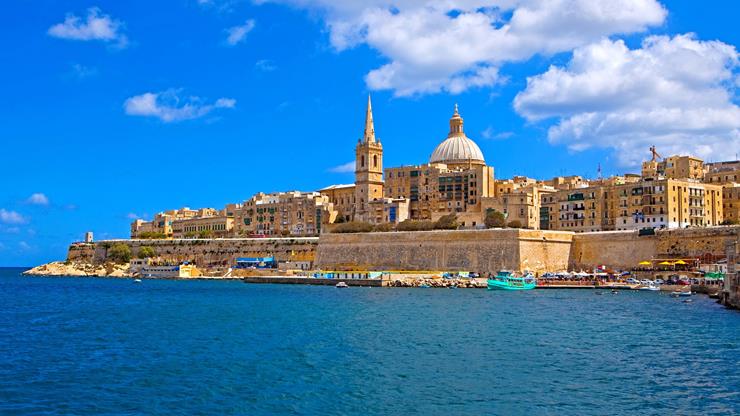 The capital, like much of Malta, is truly a sight to behold, and it’s full of breathtaking, vertically-oriented architecture and gorgeous views. Yet, while the visible delights are numerous, there’s a dark secret hidden just beneath the surface… literally. 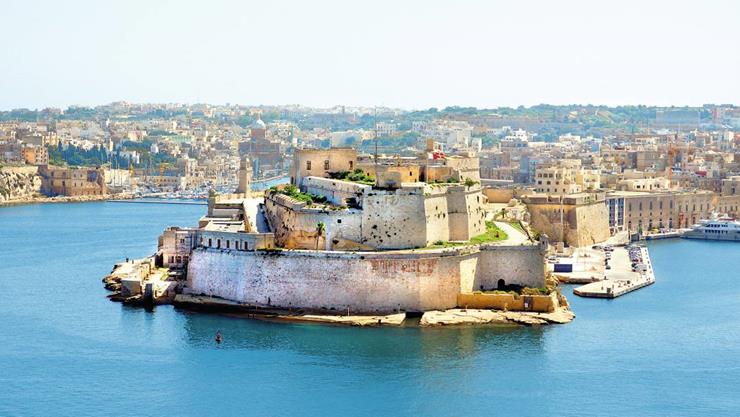 To fully understand, visitors have started to explore a certain area adjacent to the Maltese Law Courts that leads into a seemingly mundane garbage room. There, those curious enough to look will find a narrow spiral staircase that descends into a mysterious hidden lair… 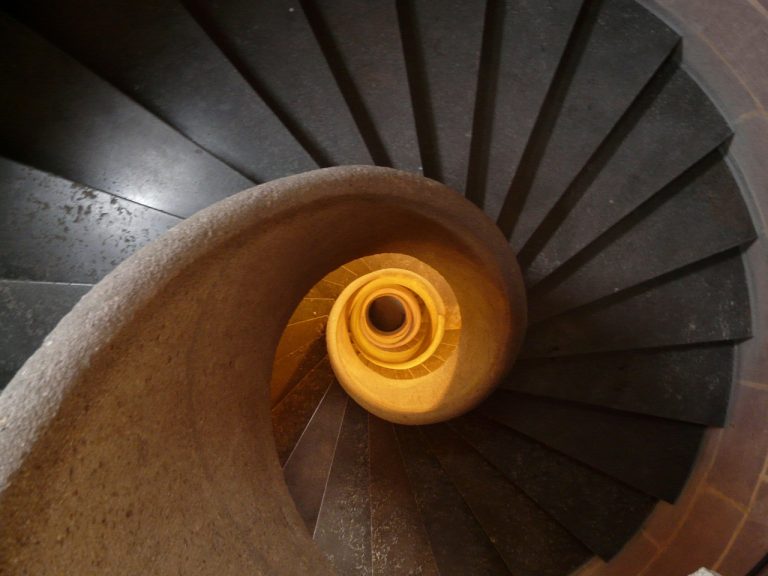 Once at the bottom, explorers are met with roughly a foot of water. This is no coincidence: the water is a remnant of an ancient, defunct drainage system. If adventurers can get past the smell, and they don’t mind getting their shoes wet, they’ll step right into Maltese history… 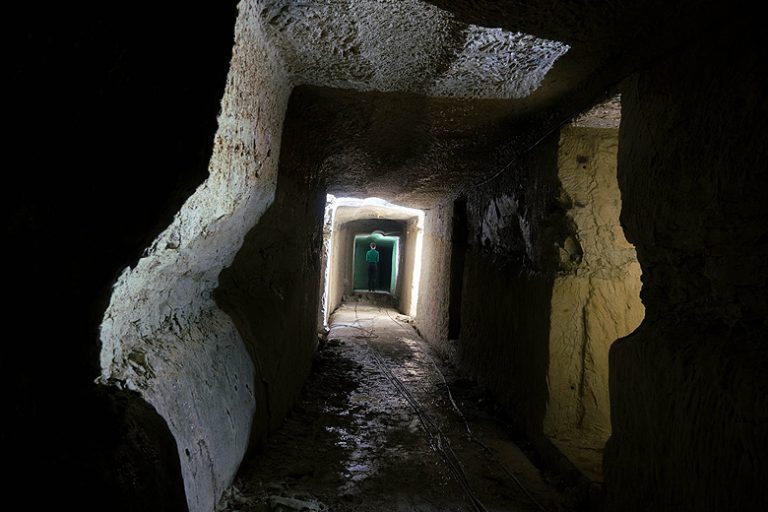 The next thing most people notice is the zig-zagging pattern of the tunnel walls, which was intended to offset shock waves caused by crashing waves. Ahead is a series of shelters, each over 70 years old and lined with electric lights. What could these have been used for? 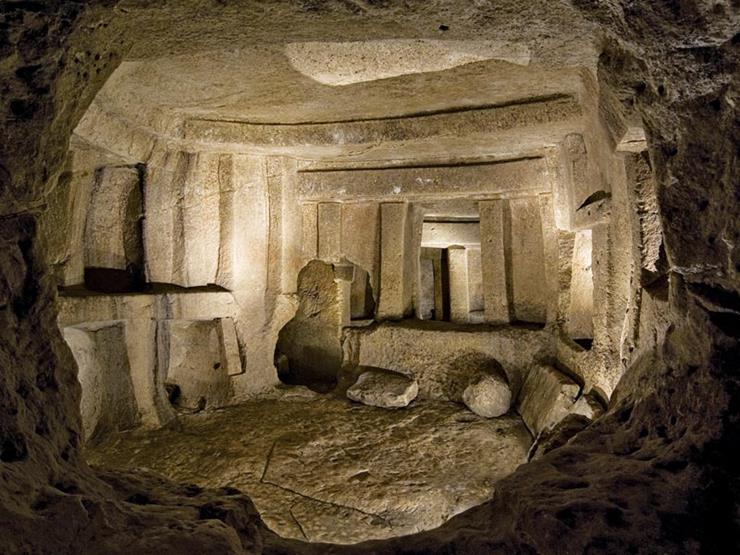 A closer look reveals them to be more like bunkers, each with strange altars carved into the walls with personal belongings like wine bottles and candles. Some of these seem surprisingly new, but the history of the tunnels goes way, way back. 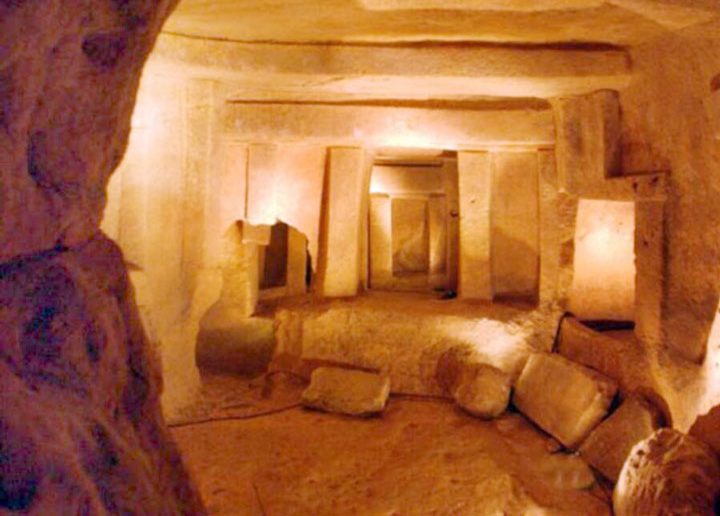 If curious explorers venture further into the tunnels, they’ll find a massive brick structure hiding yet another staircase. This one leads to strange walls covered in vines and ficus plants whose roots stretch all the way down to the underground pools lying beneath it. 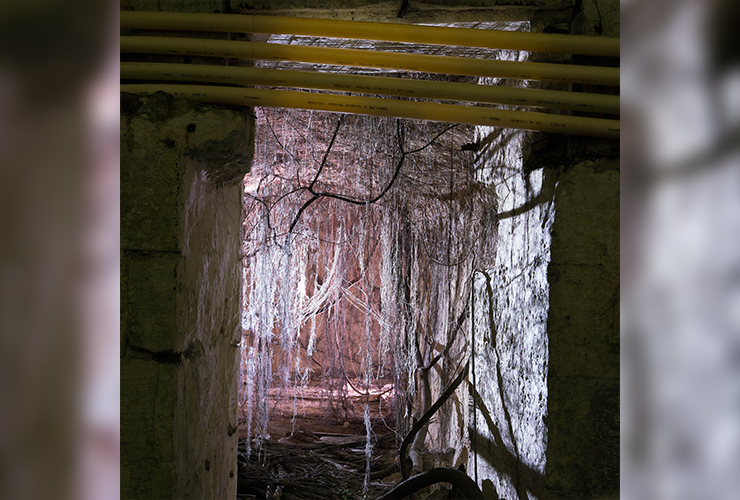 Moving past the sea of roots, visitors enter a chamber that’s almost 40 feet high, visible only thanks to light coming through an above manhole—a reminder that just above these tunnels, the city is still bustling. But what was this room used for? 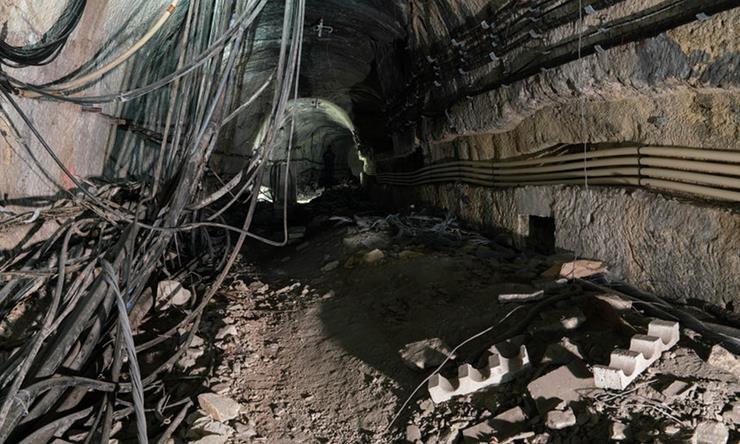 To understand these historic structures, it’s important to remember that Valletta remains a truly daunting fortress. Like something out of another time, the city has been used as a filming location for everything from Gladiator to Game of Thrones. 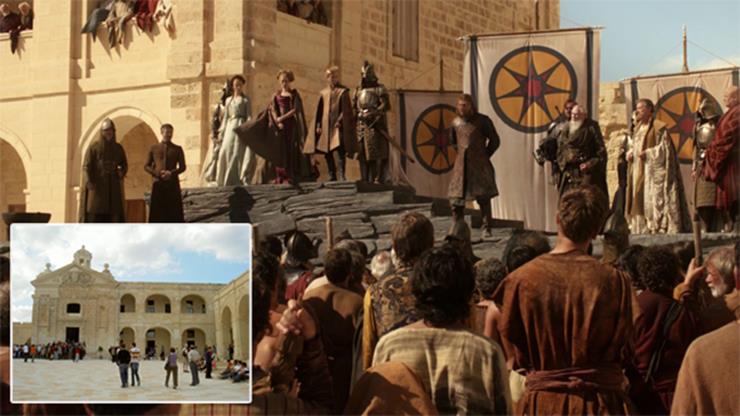 Turns out, that room was a 16th-century cistern that was built by the Knights of Malta, an organization of knights formally known as the Order of St. John and founded in 1048 in Jerusalem. In other words, this place is full of amazing history! This is only the beginning, however… 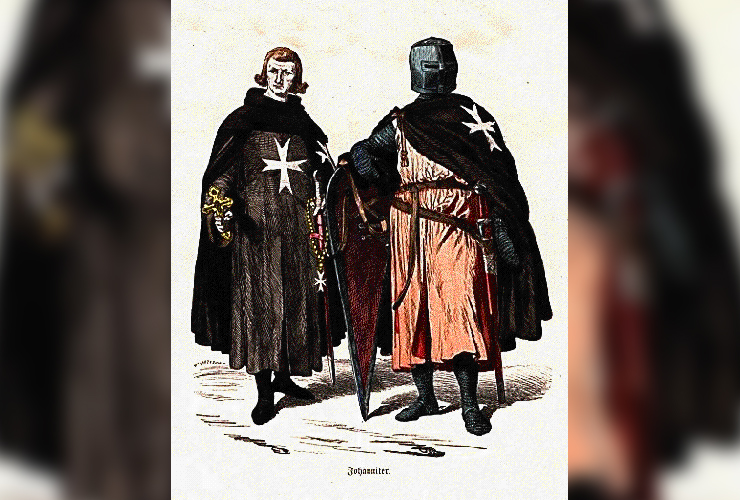 The cistern and much of the tunnels that surround it were built around 1565 in preparation for a conflict between the Holy Roman Empire and the Ottoman Empire. It was largely used for storing grain, just in case the siege carried on for a long time. 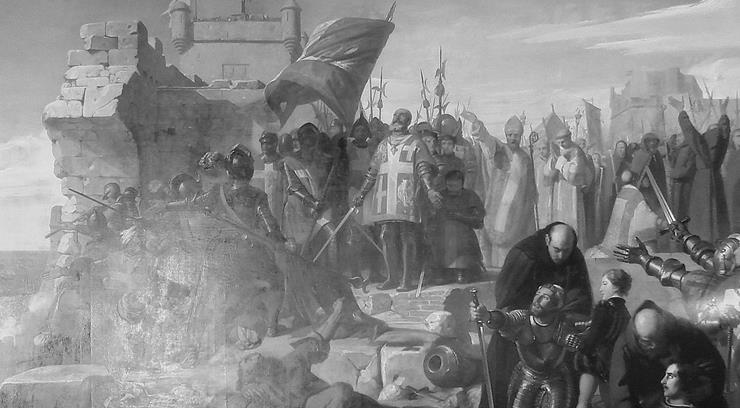 There are 12 other cisterns throughout the tunnels, all of which could hold about four months’ worth of water for the roughly 40,000 citizens of Valletta. That may sound like a lot, but during a long siege it might not have been enough… 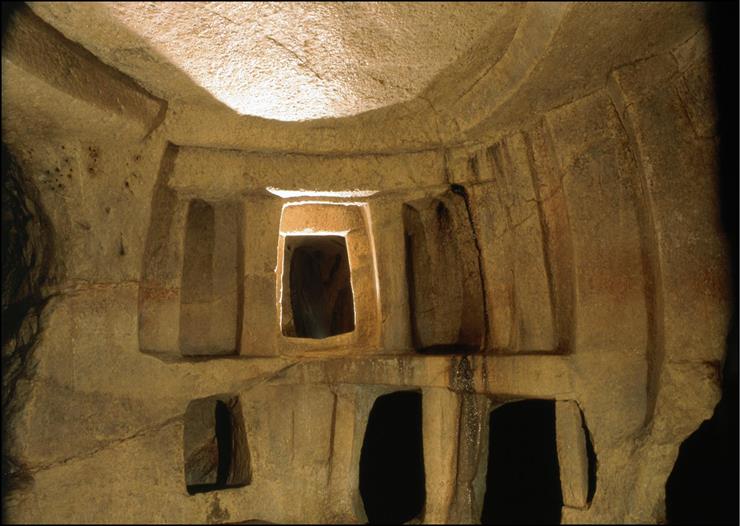 Eventually, the conflict between the Holy Roman Empire and the Ottomans became known as the Great Siege of Malta. During this campaign, many battles actually took place in the limestone tunnels themselves. 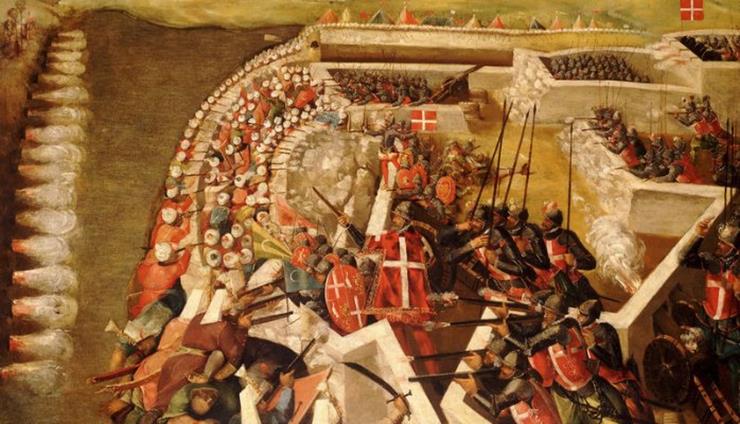 When the Ottoman forces were finally driven out, and the Knights of Malta took control of Valletta once again, the tunnels were essentially forgotten. In the 1930s, however, when World War II was beginning to take shape, that all changed. 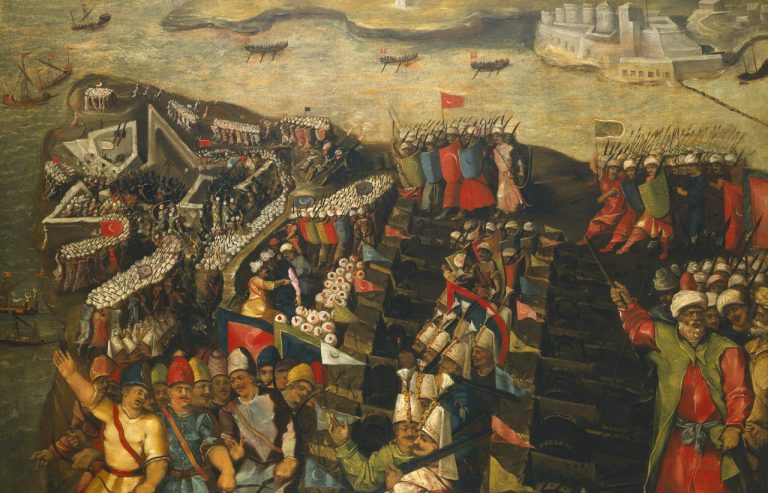 As the war raged on, the tunnels were once again put to use. As such, laborers dug even deeper into the tunnels in an effort to survive aerial bombings by the Axis powers. These tunnels proved vital to withstanding those sorts of deadly assaults. 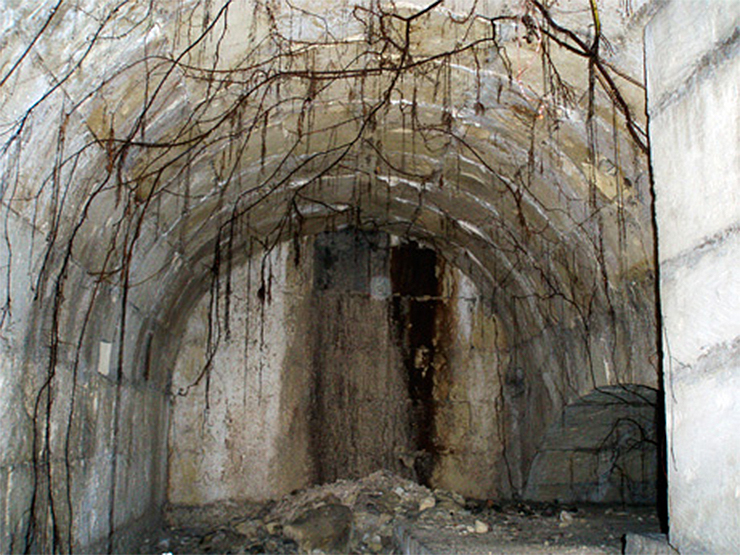 In addition to the cisterns, an underground railway was built beneath Valletta between 1883 and 1931. Like the Tube in London, the railway tunnels housed more than 5,000 Maltese citizens and protected them from bombings. 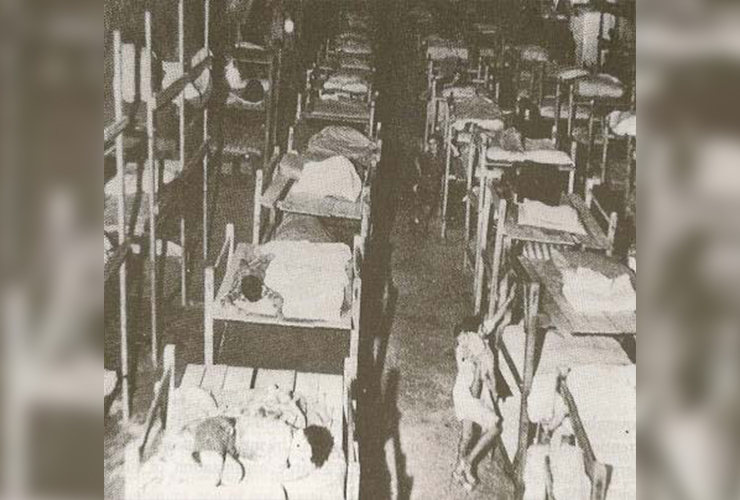 As part of the Allied powers, Malta was also home to a British submarine base, which meant even more digging beneath Valletta and helped the Allies maintain control of the Mediterranean. Clearly, there’s almost no end to the history lying just beneath the Maltese people’s feet! 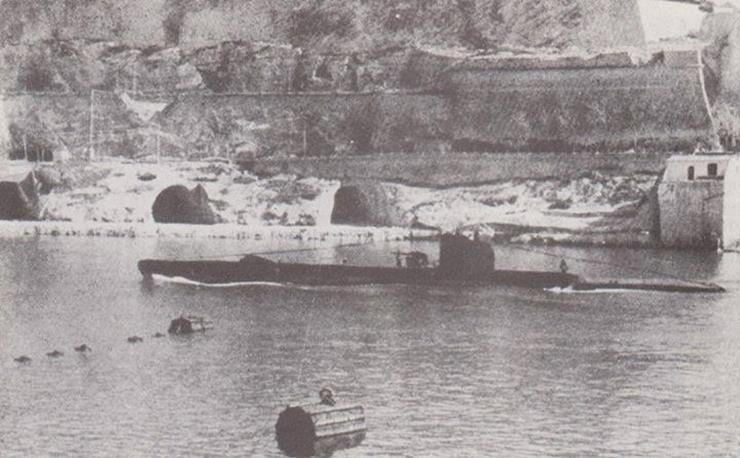 Oddly enough, many of these historically significant tunnels were only rediscovered accidentally. They never would have been found were it not for an archaeological survey conducted in St. George’s Square prior to the construction of an underground parking lot. 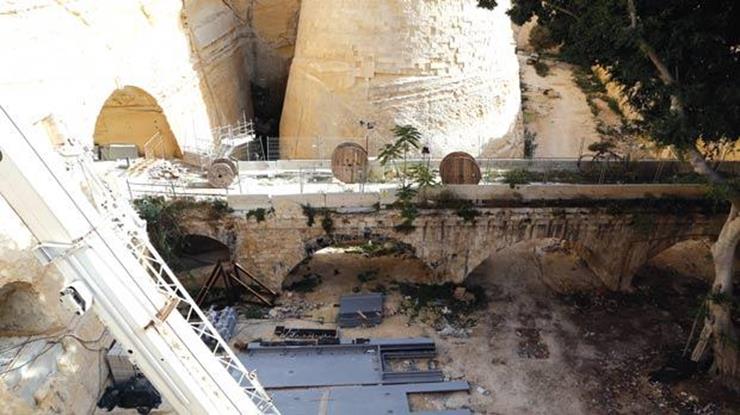 Luckily, all these centuries later, the Maltese people are still fascinated by these subterranean fortresses. Otherwise, the world might have never known that this secret underground world ever existed! 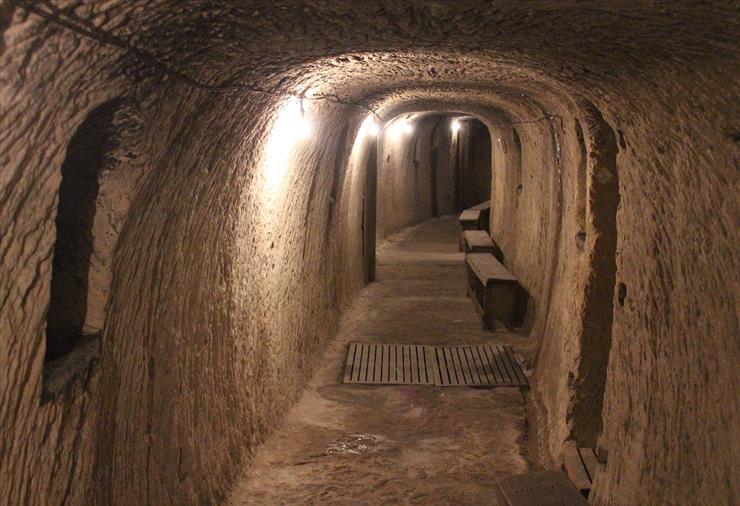 Now, it’s not difficult for tourists to find locals who are happy to show off the amazing secrets underneath their homes and businesses. While the tunnels are no longer used to keep people safe from bombs and sieges, they’re still packed with untold mysteries! 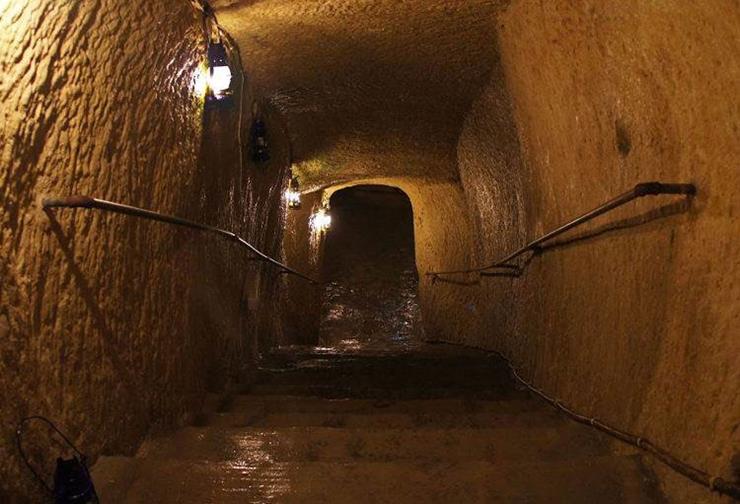 Malta is a spectacular place, literally from the inside out. Hopefully, these pieces of history are preserved for many more centuries to come.