The story of Vlad the Impaler, the inspiration for the classic vampire tale, Dracula, is one that most people are familiar with. But while it might be based on a real-life historical figure, chances are that Vlad himself was not an immortal being who survived solely on the blood of the living.

Still, that doesn’t mean there weren’t real vampires out there. In fact, the stories of vampires who may have actually roamed the Earth are even more unsettling than the works of fiction we all know and love.

Once you learn about these 10 potentially real-life vampires, you’ll never look at a cemetery the same way ever again!

1. Petar Blagojevich: In 1725, a certain Serbian peasant named Petar Blagojevich died. Not really that remarkable of a story, right? Just wait until you hear what happened after he died, because that’s when things got really strange… 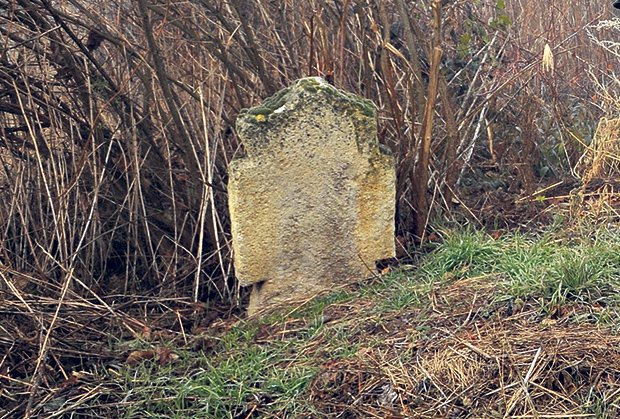 According to the story, Petar reportedly crawled out of his grave and asked his son for food. When his son, terrified, denied him, Petar murdered him and drank his blood. In a panic, the villagers thrust a stake through Petar’s heart once he had returned to his grave. 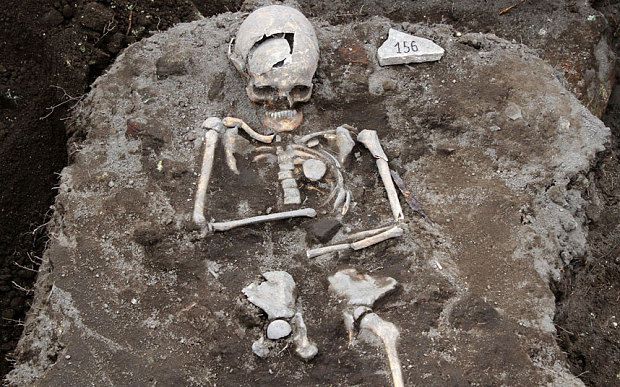 2. That same year, another Serbian man named Arnold Paole claimed to have been bitten by a Turkish vampire. To cure the ill effects, he ate handfuls of dirt from the vampire’s grave. Unfortunately, that might not have been quite enough; three days later, Arnold died… 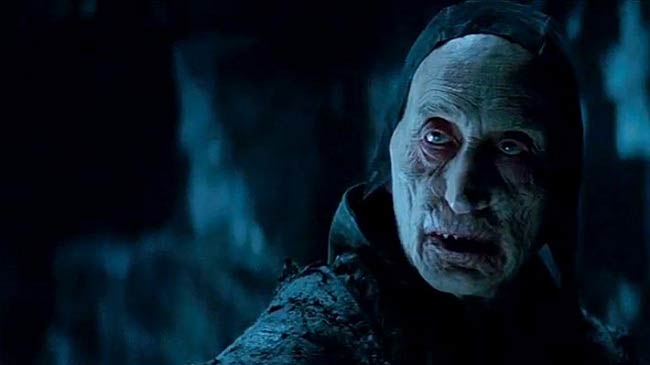 Then, four people came forward claiming he had emerged from his grave and bit them. They all died shortly thereafter. Eventually, the townspeople agreed to dig up Arnold’s body and examine it. When they did, they found his eyes open and blood pouring from every orifice. They cut off his head and set him on fire to make sure he couldn’t strike again. 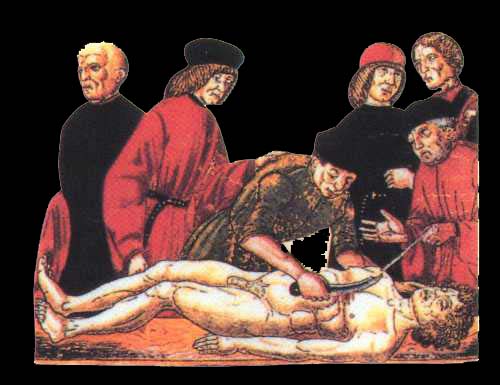 3. Myslata of Blau was a humble and simple shepherd  from the 14th century who lived in a small village in what is now the Czech Republic. Myslata died, but then began to reappear to villagers at night. Those who saw him were doomed to die within eight days of his appearance. 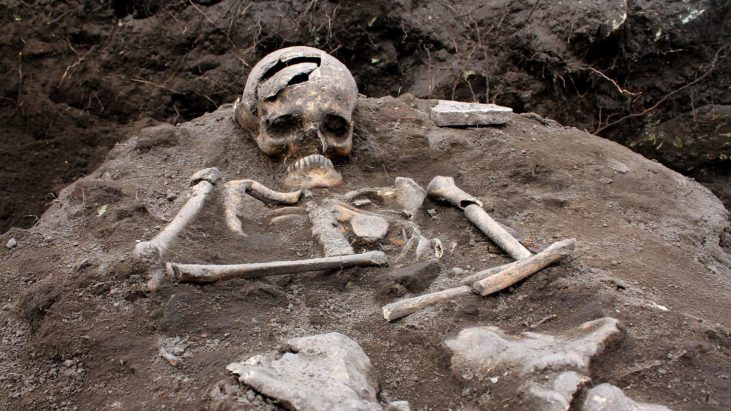 Eventually they dug up his remains and drove a stake through his heart—but it did nothing! So, they dug him up again and tried driving stakes all over his entire body, which made him roar in pain before finally dying for good. 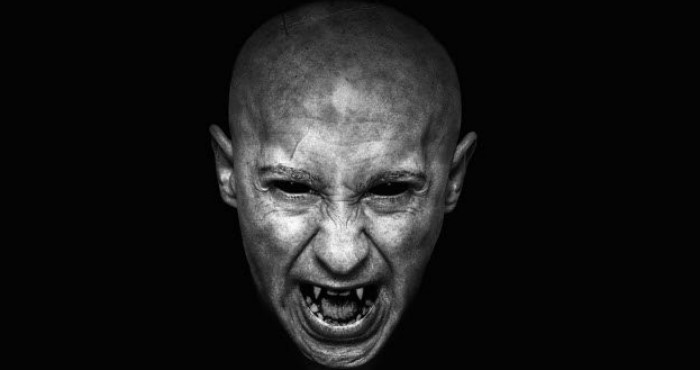 4. In 1582, Johannes Cuntius, a civic official with an unfortunate surname from the Czech town of Pentsch, died tragically when a horse kicked him in the head. He was rushed to his death bed, but things only got worse when a black cat jumped up on his bed. This was considered to be a terrible omen. 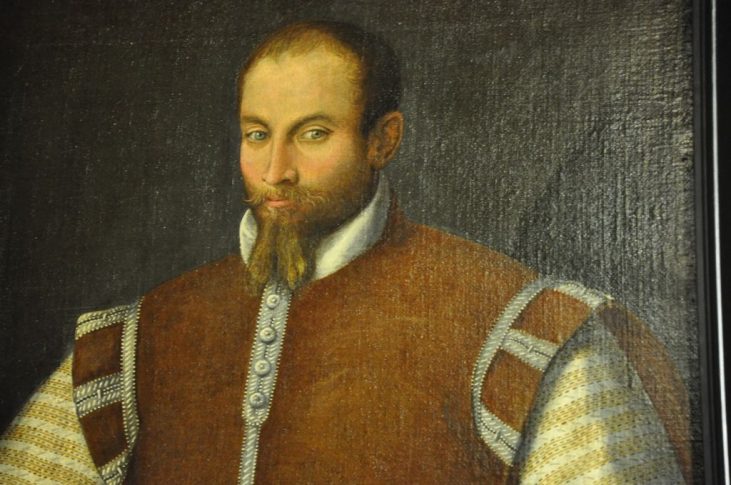 After his death, villagers started seeing him wandering around at night giving off an unholy and disgusting aroma. To put a stop to it, they dug up his body, chopped off his head, set it on fire and ground it to ash, leaving his grave empty.

Thankfully, this seems to have kept Johannes from returning to stink up the town once more. 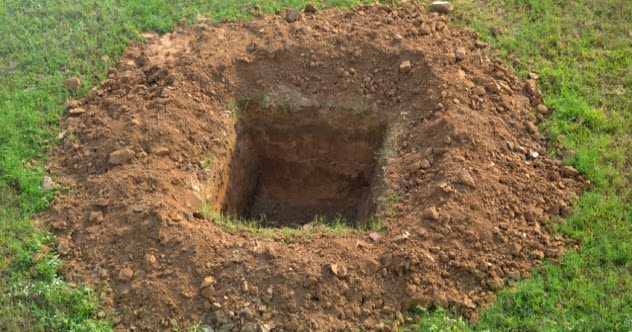 5. Countess Elizabeth Bathory: Born in Transylvania in 1560, Elizabeth had it all: She was a noblewoman with good looks and plenty of money to throw around. She was even engaged at the age of 12 to Ferenc Nádasdy, a well-to-do gentleman of the day. 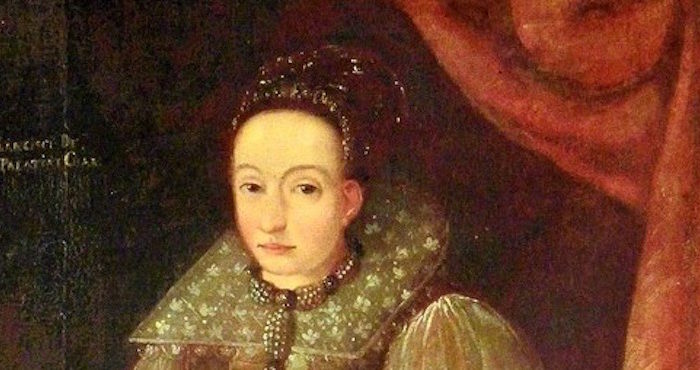 Ferenc and Elizabeth married in 1575, though Ferenc eventually died in 1604. Left to her own devices, Elizabeth took to killing young virginal women so she could bathe in their blood and drink it, believing it would keep her looking young and beautiful forever.

Eventually she was made a prisoner in her own castle for these antics, though she was never tried for her crimes. She lived there alone until her death in 1614. Vampire or not, that’s pretty nuts!

6. The Alnwick Castle Vampire: Alnwick Castle has stood in Northumberland, England, since 1096. In the 12th century, it was recorded that the castle had its own vampire: a man from Yorkshire who had been buried in the local cemetery.

The historian William de Newburgh recorded details of the case. 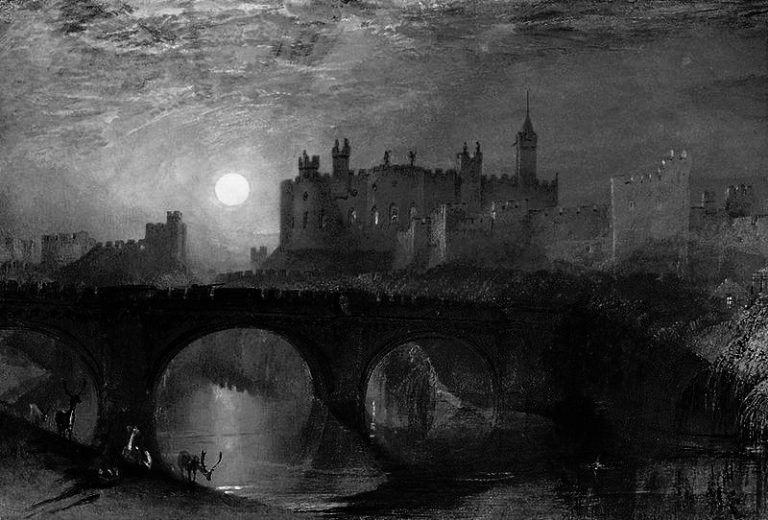 Apparently, the vampire was a hunchback who would perform fiendish deeds at night, upsetting the local villagers. They took matters into their own hands; they dug up his body and started hacking at him with their spades.

When his body bled, they claimed this was proof he was a vampire, so they set his remains on fire, effectively ending his reign of annoyance. 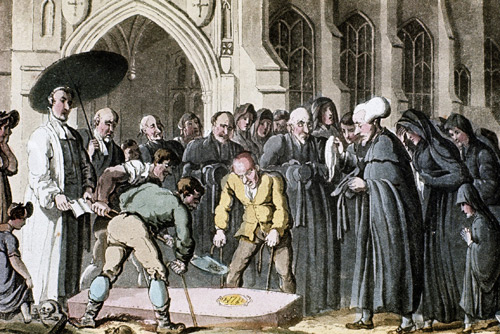 7. Sava Savanović: This malicious blood-sucking vampire was said to lurk by a water-powered mill on the banks of the River Rogačica, in the village of Zarožje in Serbia. When people came to use the mill, he would kill them and drink their blood.

Needless to say, the villagers were desperate to put a stop to this. 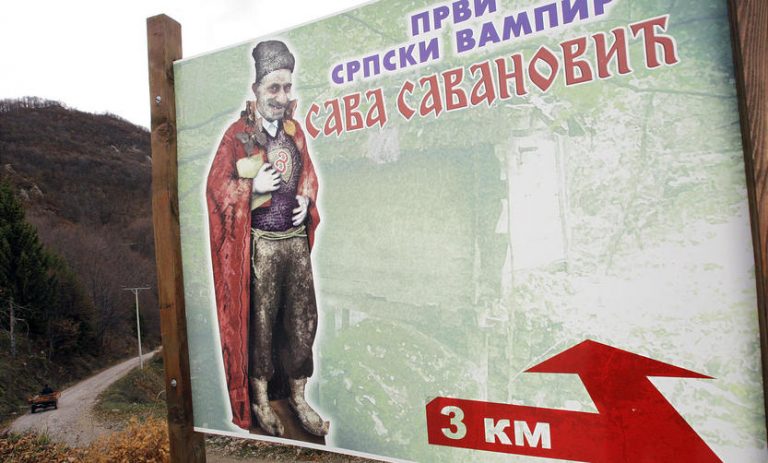 Unlike other stories, the villagers never actually succeeded in ending Savanoić’s reign of terror. In 2012, however, the town considered reopening the mill as a tourist attraction. Shockingly, the mill collapsed into a sinkhole shortly thereafter, giving Sava the last laugh after all. 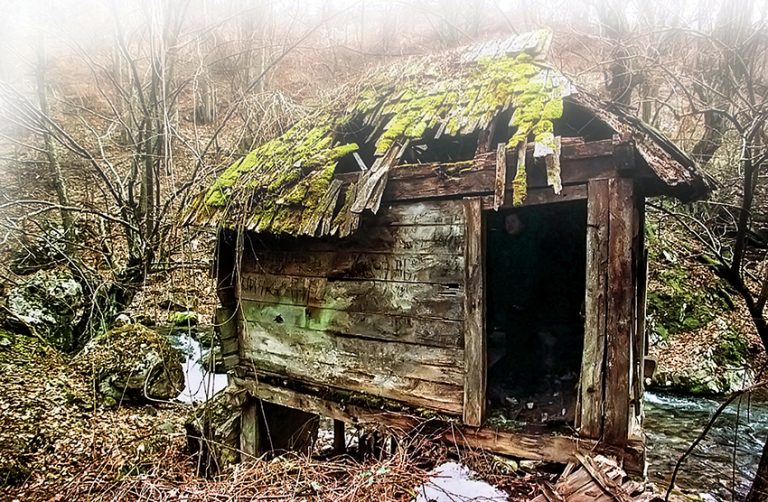 8. Jure Grando Alilović: Jure Alilović was born in the town of Kringa, located in contemporary Croatia, in 1597. When he died in 1656, it wasn’t the end of him, though. Instead, townsfolk claimed to have spotted him stalking the streets late at night.

Needless to say the people of the town of Kringa were terrified. 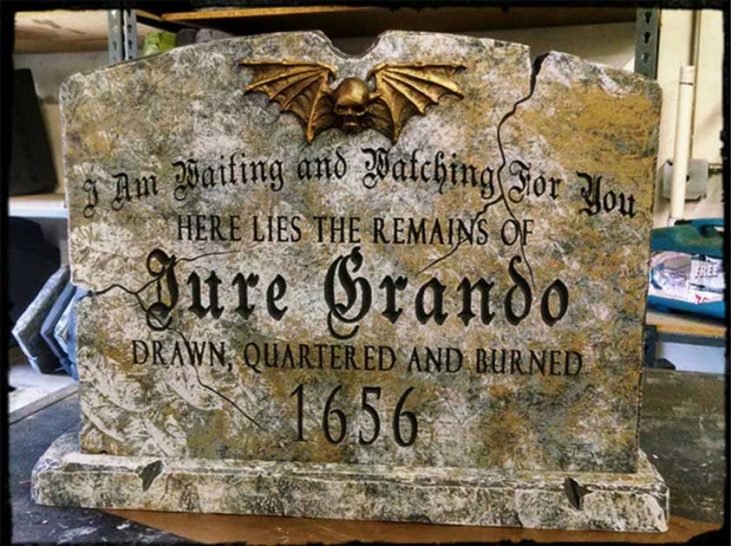 For 16 years it was said that if Jure knocked on your door at night, you would be doomed to die not long after. Eventually, the villagers finally worked up the courage to dig up his body and drive stakes through it, but that didn’t stop him!

They finally cut off his head with a wood saw, and that seemed to do the trick. 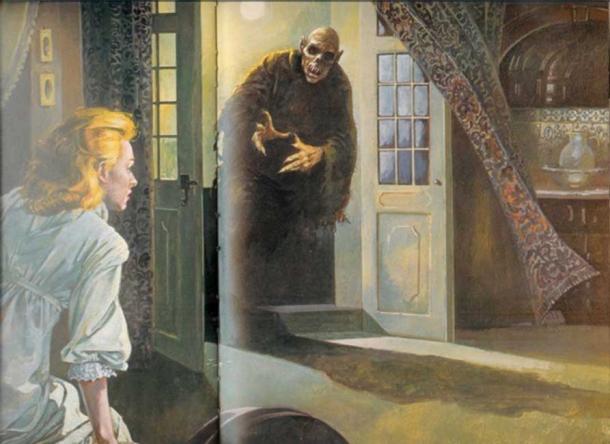 9. New England vampire epidemic: In 1990, archaeologist Nick Bellantoni was excavating some colonial-era graves in the town of Griswold, Connecticut. All of the graves seemed pretty ordinary, until Nick noticed one strange plot. In this plot, the skeleton had no head and its thigh bones were deliberately crossed. 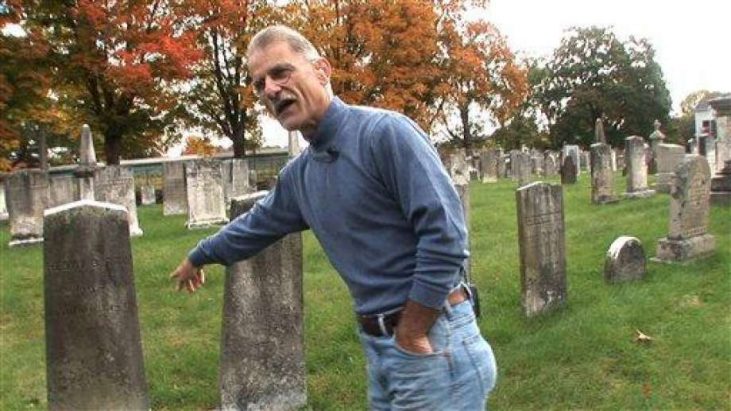 Bellantoni discovered other plots where the bones had been treated in the same way. In the process, he learned that there had been a vampire panic in New England in mid-19th century. The strange bones he found belonged to suspected vampires. 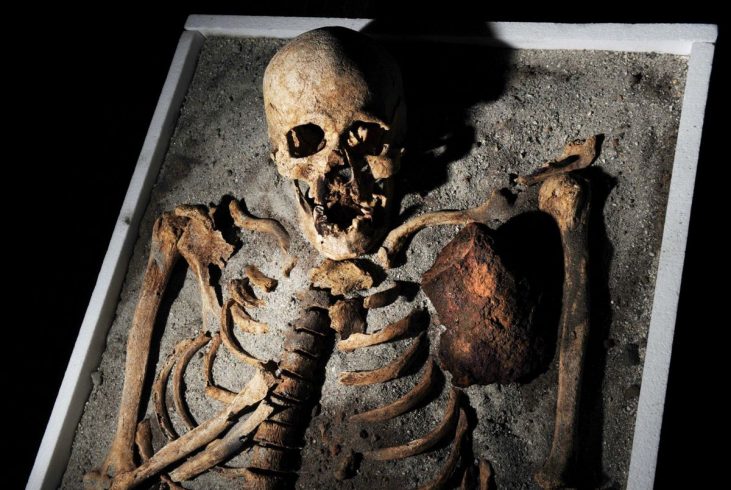 10. The Blandford Forum Vampire: The tiny English town of Blandford is located not far from the popular country retreat of Dorset. However, the town was not always so sleepy! Once, in 1762, a manservant named William Doggett ran off with his master’s fortune. Crushed by the shame, William took his own life later that year.

Death was not the end for William Doggett. Villagers reported seeing him driving the streets at night in a ghostly carriage. They also reported that he had developed a taste for human blood. They dug up his grave, and their fears were confirmed: William’s remains weren’t even touched by decay… 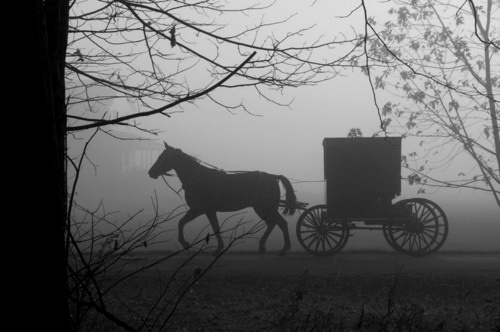 Who knew that there were so many stories about alleged real-life vampires? These are much scarier than the same old Dracula tale, especially the ones that were never solved! Maybe they are real…