1.Louise and Lisa Burns as the Grady twins in The Shining 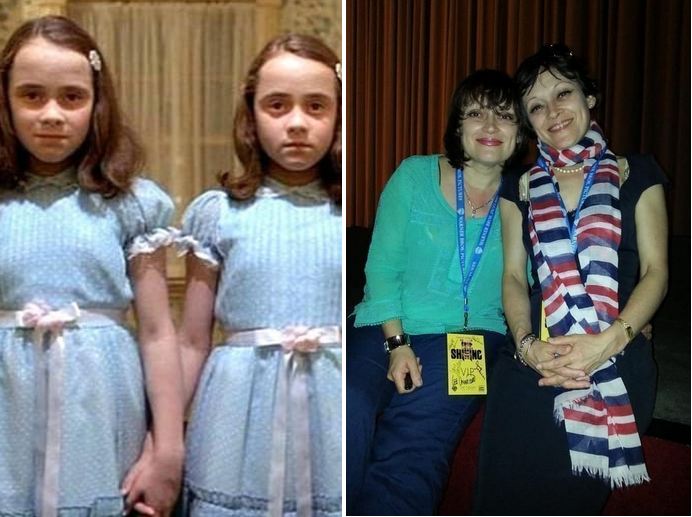 After their debut as the iconically creepy 11-year-old twins, the Burns sisters initially hoped to pursue careers in acting but gave up after being turned down from children’s roles because of their appearance in the horror genre. Now aged 47 and both residing in London, England, Lisa is a lawyer and Louise is a published scientist. 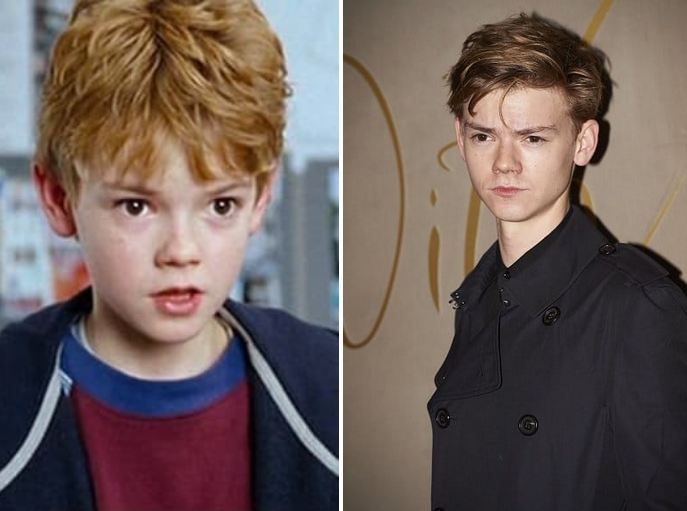 Since his breakout role as an endearing lovestruck drummer in Love Actually, Brodie-Sangster has remained super busy in the acting world. Currently, the 26-year-old’s notable work ranges from Phineas and Ferb, Game of Thrones, and The Maze Runner.

3. Haley Joel Osment as Cole Sear in The Sixth Sense 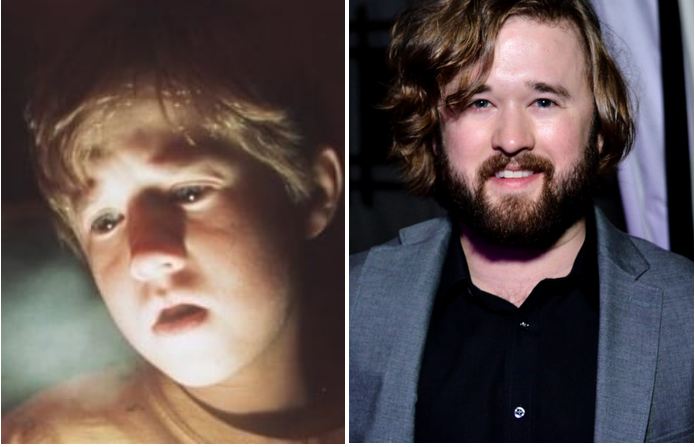 Since playing the isolated boy who is able to see and talk to the dead, Osment has remained active in the acting game, with roles in movies like The Jungle Book 2 and Entourage. He also graduated from New York University’s Tisch School of the Arts in 2011.

4. Mara Wilson as Matilda in Matilda 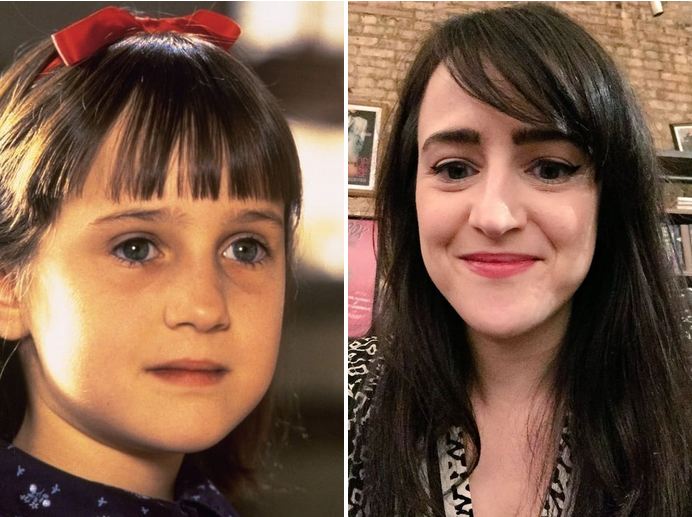 After a few years of acting post-Matilda, Wilson retired from acting to focus on her writing career. Wilson graduated from NYU’s Tisch School of the Arts in 2009 and her play Sheeple debuted in 2013. Wilson’s memoirs were released last year and she has more recently made appearances in TV series Broad City and Bojack Horseman.

5. Hatty Jones as Madeline in Madeline 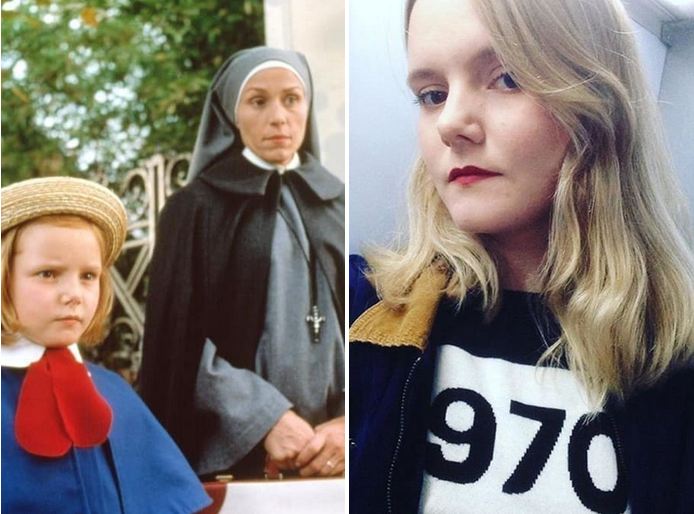 It’s been 19 years since the plucky blonde orphan, played by Hatty Jones, won our hearts in the movie adaptation of the book Madeline. Madeline remains the only ever film Jones, who narrowly missed the part of Hermione in Harry Potter, has starred in. The now 28-year-old is a graduate of Mountview Academy of Theatre Arts and has since released a web series on YouTube entitled Offstage. 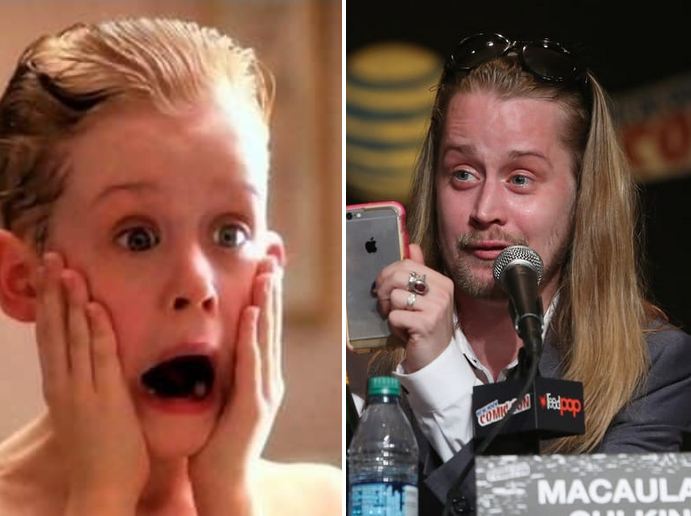 After becoming one of the most recognised child actors of all time by fighting against robbers in the Christmas classic Home Alone, Mccaulin appeared in other hits like My Girl and The Nutcracker before taking a break from acting in 1994. He dated actor Mila Kunis from 2002 to 2010 and has occasionally resurfaced in movies since 2003, appearing in Party Monster and Sex and Breakfast. 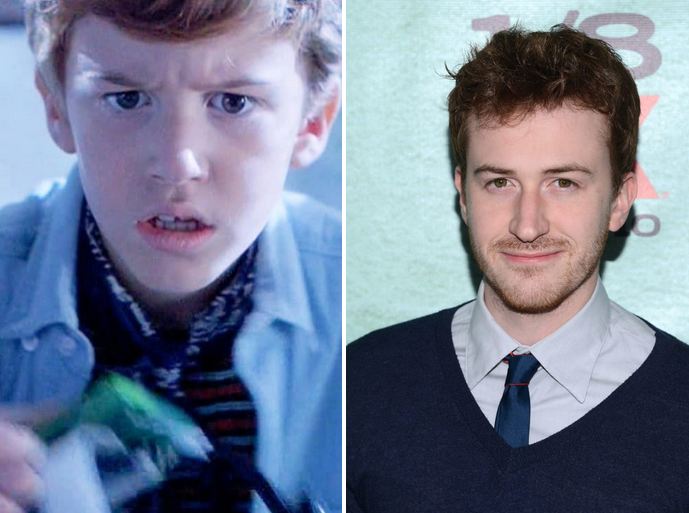 Since playing the dinosaur-obsessed boy in 1993, Mazzello has starred in The Social Network and The Pacific, and made his directorial debut with the short film Matters of Life and Death in 2007.

8. Taylor Momsen as Cindy-Lou Who in Dr. Seuss’ How the Grinch Stole Christmas 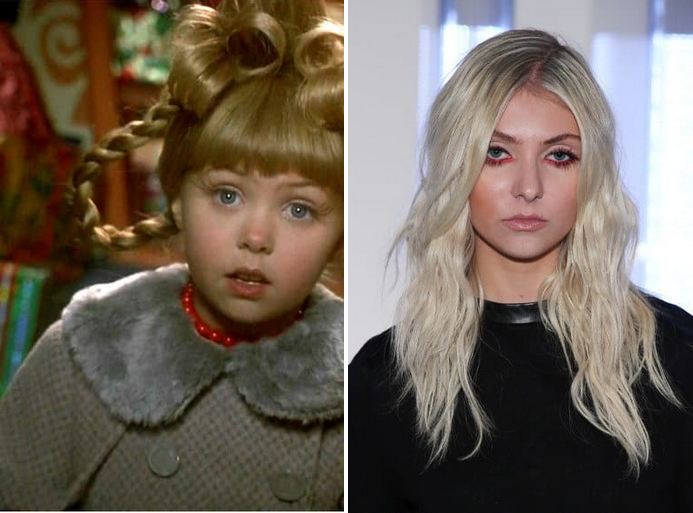 After her breakout role at 6 years old as Cindy-Lou Who, with her famously wacky hair and a passion for Christmas, Momsen later appeared in Gossip Girl as Jenny Humphrey before trading acting in for a career for music. She’s now frontwoman of rock band the Pretty Reckless.

9. Daveigh Chase as Samara Morgan in The Ring 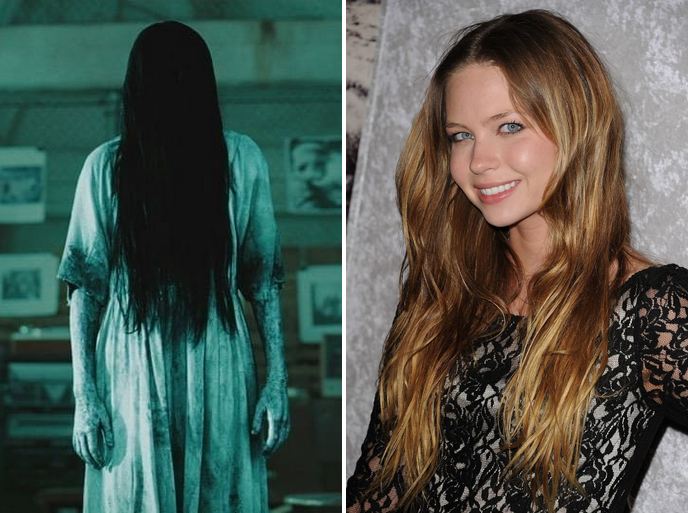 After playing the creepy girl who haunted our dreams at 12 years old, Chase has continued her acting career, with much less scary titles such as Little Red Wagon and a recurring role in the HBO series Big Love. She’s also made appearances on the TV series Charmed, ER, and Cold Case.

10. Liesel Pritzker Simmons as Sara Crewe in A Little Princess 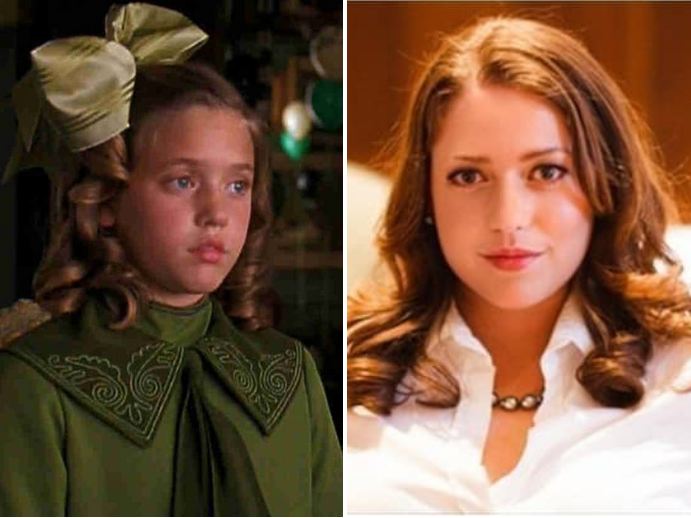 After a brief career as a child actor, Simmons gave up acting in 2000. She attended Columbia University and deliberately fell out of the spotlight. Simmons is currently a dedicated philanthropist and heir to Hyatt Hotels. 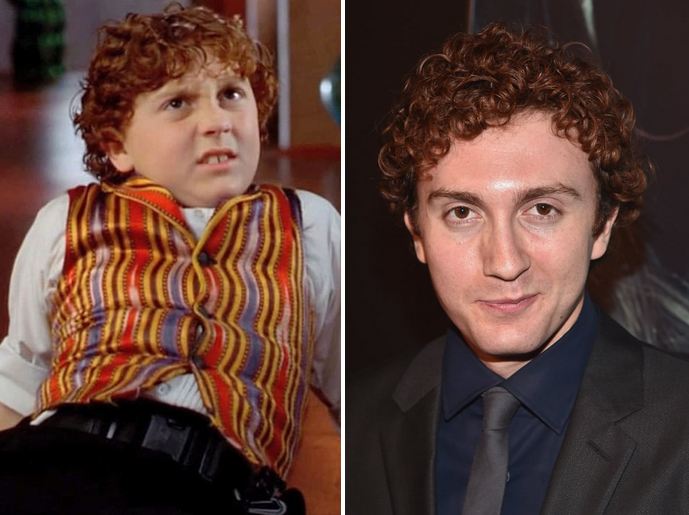 From his colourfully Band-Aided fingers to becoming a secret agent, we all know and love Juni Cortez from the Spy Kids franchise. Sabara also has titles such as Wizards of Waverly Place and The Green Inferno in his filmography but nowadays he primarily does voice work, including The Ultimate Spider-Man. He’s also in a relationship with Meghan Trainor.

12. Georgie Henley and Skandar Keynes as Lucy and Edmund Pevensie in The Chronicles of Narnia 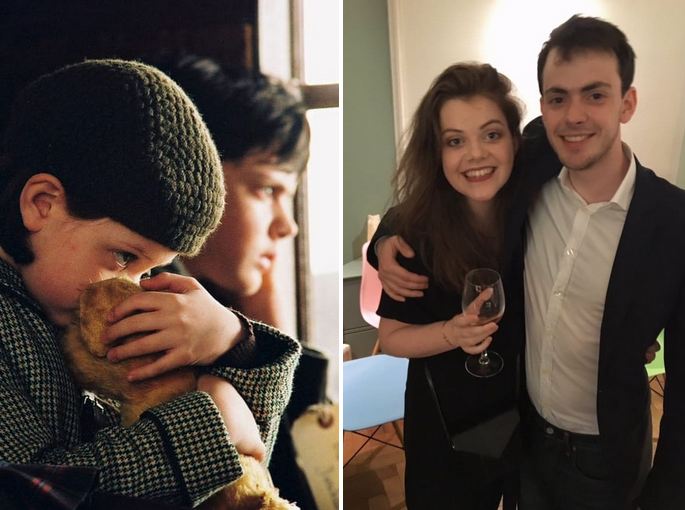 After completing The Chronicles of Narnia series, Henley went on to star in Perfect Sisters and The Sisterhood of Night before graduating from Clare College, Cambridge, with a BA in English in 2016. Her latest film, Access All Areas, will be released this year.

After the Narnia movies, Keynes retired from acting and graduated from Pembroke College, Cambridge, with a degree in Arabic, Persian, and Middle Eastern history. He’s currently a parliamentary adviser to Conservative MP Crispin Blunt. 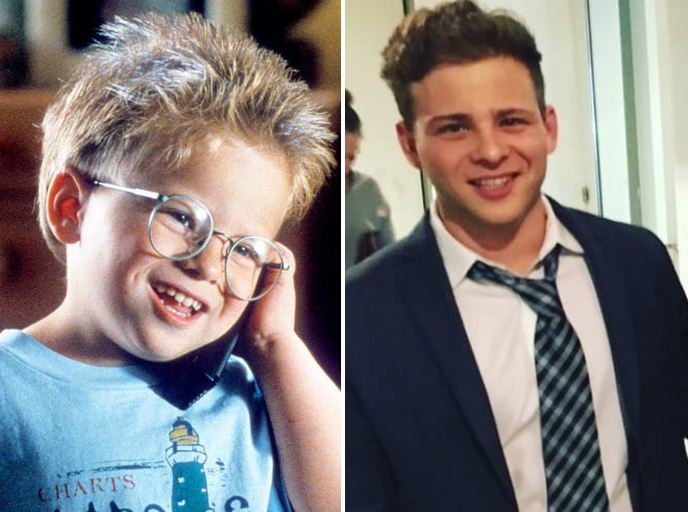 Lipnicki, the adorably charming kid from ’90s hits like Jerry Maguire and Stuart Little, is now 26 years old and trained in martial arts, with a brown belt in Brazilian jiu-itsu. He appeared in recent indie movies such as Loserville and Limelight.

14. Alex Owens-Sarno as Cora in Titanic 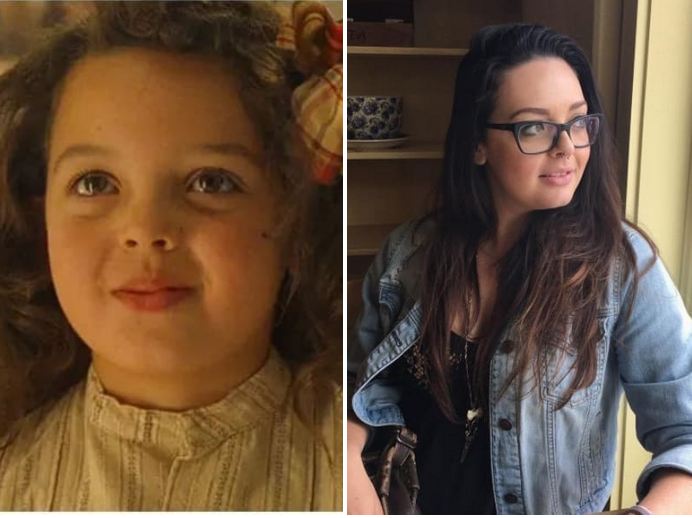 Alex Owens-Sarno was just 8 years old when she was twirled by Leo DiCaprio in the iconic dancing scene in Titanic. She now dedicates herself to studying acting and recently graduated with a degree in writing from California State University, Long Beach. 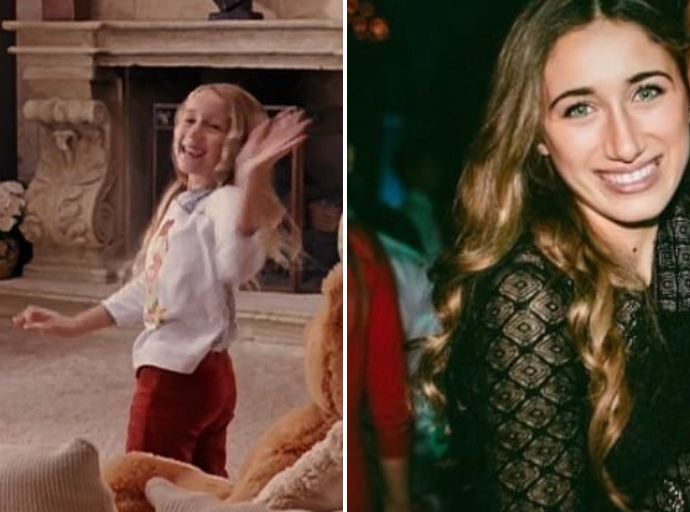 16. Henry Thomas as Elliot in E.T. the Extra-Terrestrial 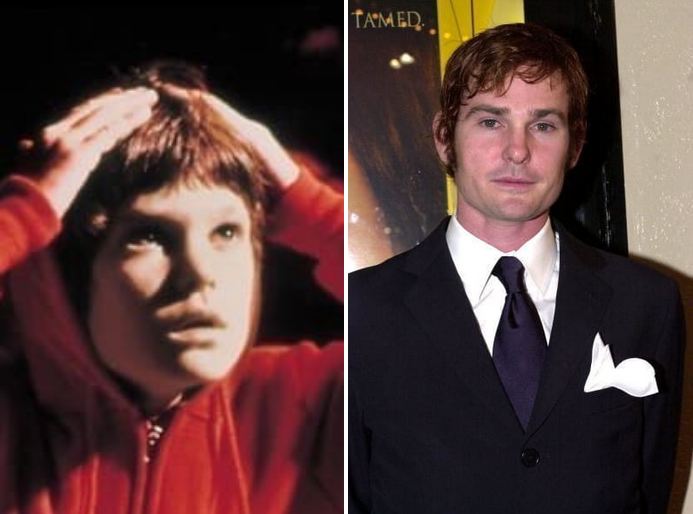 After making his breakout role in E.T. in 1982, Thomas has remained an understated pro in the acting scene, starring in many films and TV series, including Dear John and Big Sur.

17. Jeff Cohen as Chunk in The Goonies 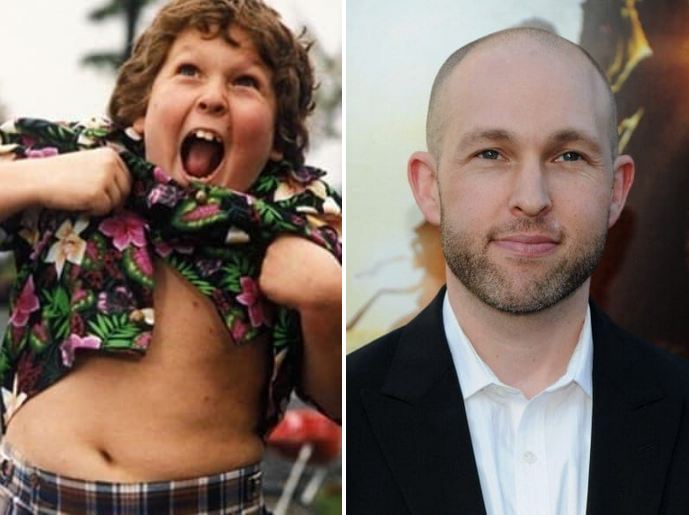 Cohen gave up acting after puberty hit and his dramatic weight loss “forced him into early retirement”. He graduated from the UCLA School of Law in 2000 and is currently a partner at his own law firm, Cohen Gardner LLC.