Sadly, not all historic landmarks stand the test of time, meaning we will never get to see them the same way they looked in their heyday. But worry not – some talented digital artists out there are using their skills to restore the long-lost historic landmarks to their former glory in digital form, ensuring their legacy isn’t lost. 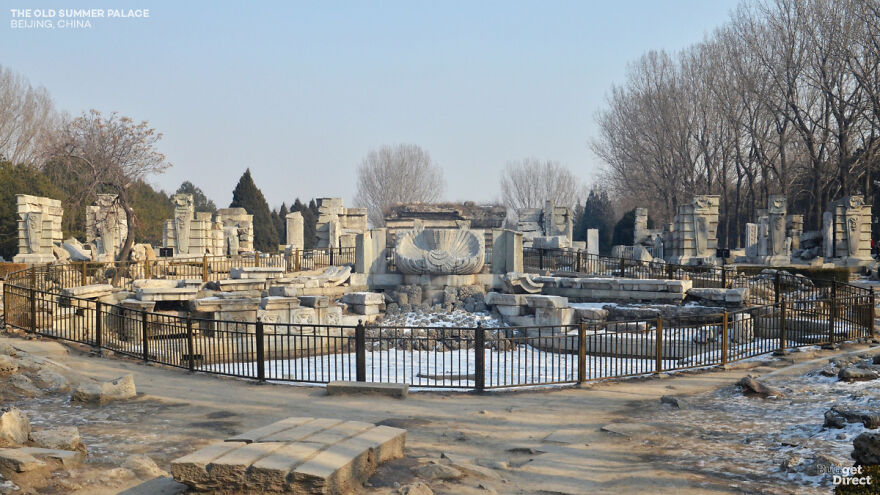 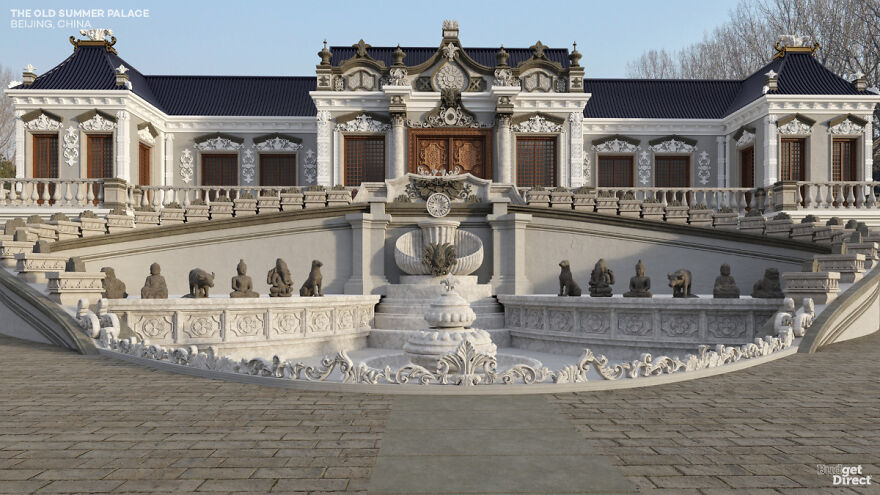 “The Yuanming Yuan—known in the Western World as the Old Summer Palace—was not a single building but a 3.5 square kilometer complex of palaces, lakes, gardens, towers, and sculptures. The pride of the Qing Dynasty, Yuanming Yuan, was largely destroyed by British and French forces in retaliation for the death of a British envoy during the Second Opium War. Further destruction occurred during the Boxer Rebellion and the Cultural Revolution.

We have chosen here to reconstruct the Yuanming Yuan’s Haiyantang (The Palace of Calm Seas). In front of a two-story western-style palace, a water clock was surrounded by the 12 animals of the Chinese Zodiac. Today, the seashell centerpiece of the fountain sits inside the outline of its former depression, backed by a gap-toothed vista of tumbled palace columns.” 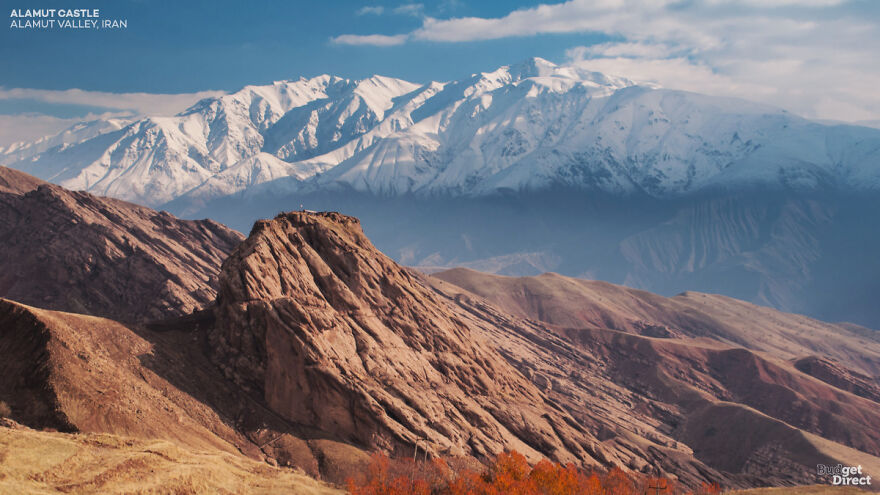 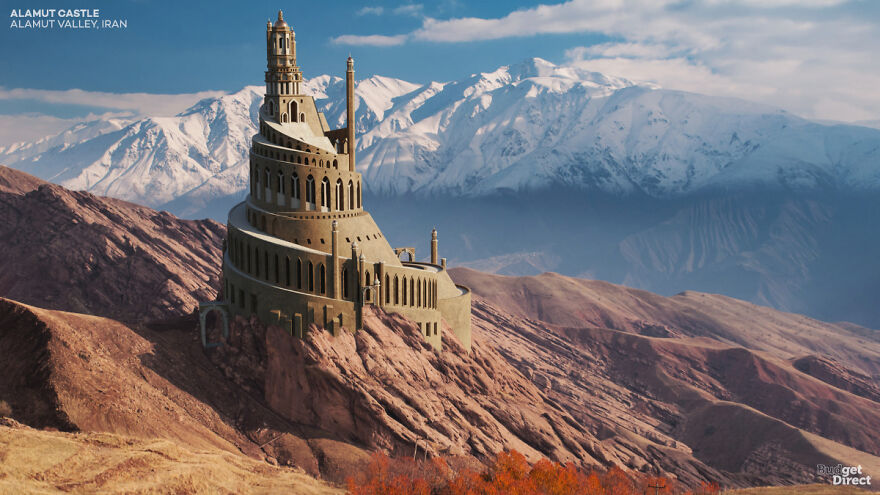 “In 1090, Imam Hassan-i Sabbāh supposedly conquered the castle without shedding a drop of blood. The new state secured its power with targeted attacks on enemy leaders. Those who perpetrated these attacks were derogatorily referred to as “Hashashin” (“riotous herbage”), thus giving birth to the word “Assassin.” Ironically, Alamut’s fame led to its demise; its various conquerors demolished the castle as they searched for legendary assassin treasure.

Alamut Rock is a popular day hike which offers an eagle-eyed view of the surrounding country. However, not much remains of Alamut castle itself; its few surviving stone nubs are covered in scaffolding while the Iranian government attempts to partially restore it for tourists.” 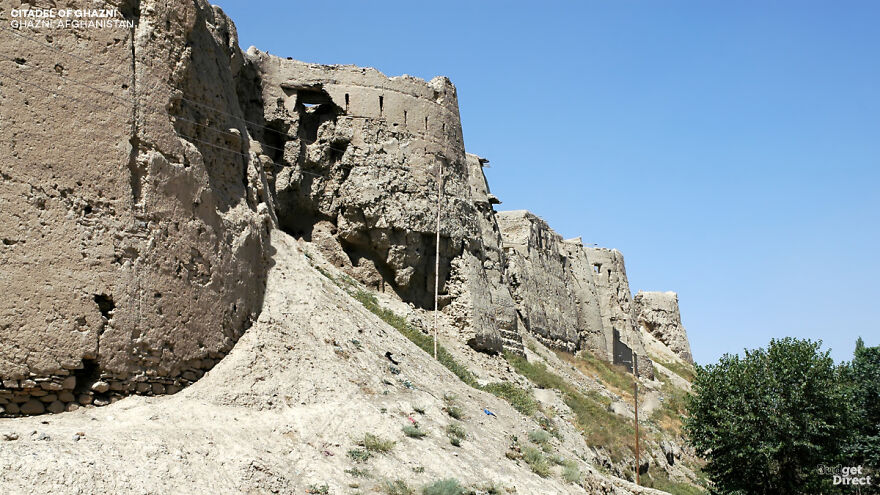 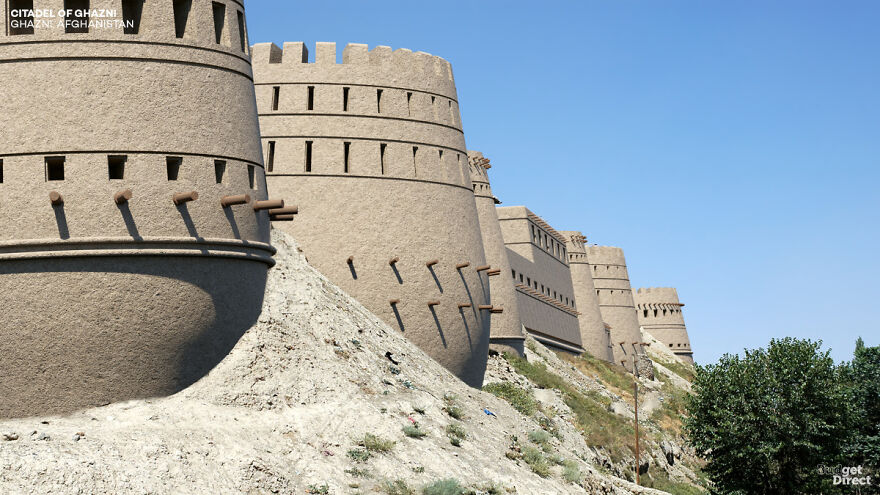 “The former slave Sebüktigin was granted the governorship of Ghazni in 977, but he promptly rebelled against his ruling Iranian overlords to found the Ghazni Empire. Ghazni became the military linchpin of Afghanistan, sought after by history’s VIP conquerors from Timur (Tamerlane) to the Mongols. When the citadel was famously conquered by the British in 1839, Afghani leadership was required to flee Kabul. It was also used as a military base by America after 2001.

The remains of the citadel perch atop a central hill overlooking the walled city. However, neglect, war, and weather have heavily damaged Ghazni. 14 of its original 32 towers have collapsed, one as recently as 2019. Today, Ghazni’s walls, towers, and citadel are in danger of being lost to the winds of time for good.” 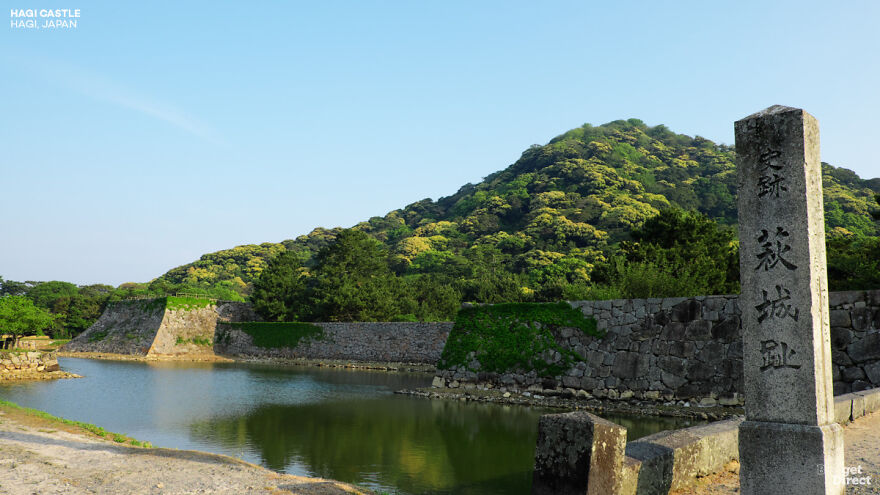 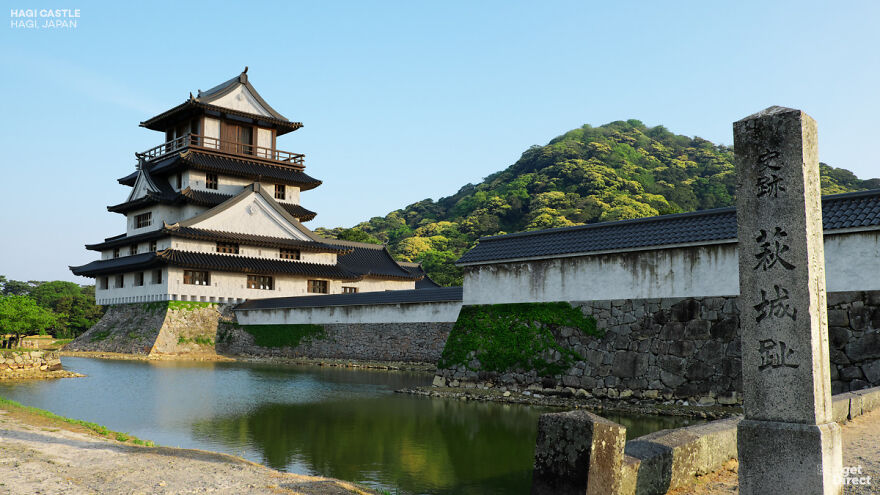 “The Mōri Samurai clan lost to Tokugawa in the Battle of Sekigahara, and as a result, had to rebuild their capital in the small seaside city of Hagi. The Mōri got their revenge, however. The castle became the capital of the Chōshū Domain, which was instrumental in the eventual overthrow of the Tokugawa Shogunate. Ironically, the castle was dismantled by the new government in 1874 as part of a policy of centralization and modernization.

Hagi was quite formidable in its day. Multiple baileys and walls protect the surrounding land, many of which still can be seen. The main wooden keep was dismantled, but its stone base and part of its moat endure. Higher up the mountain, the remains of a fallback keep can be found.” 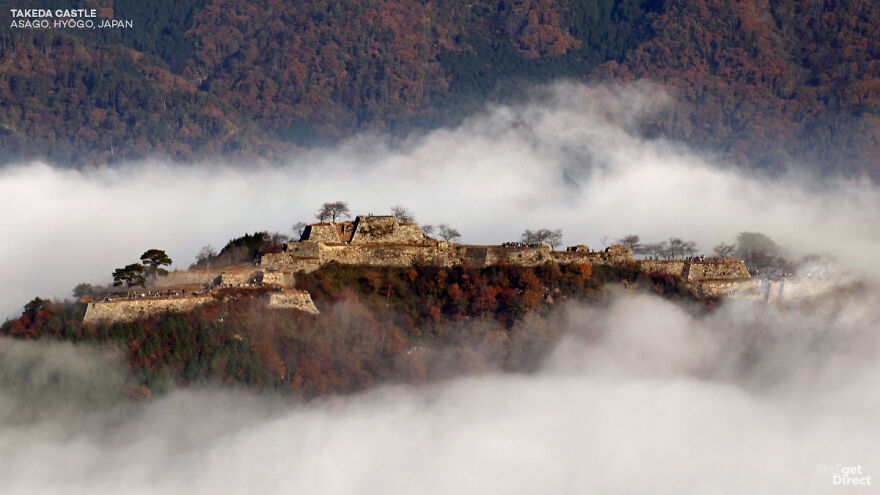 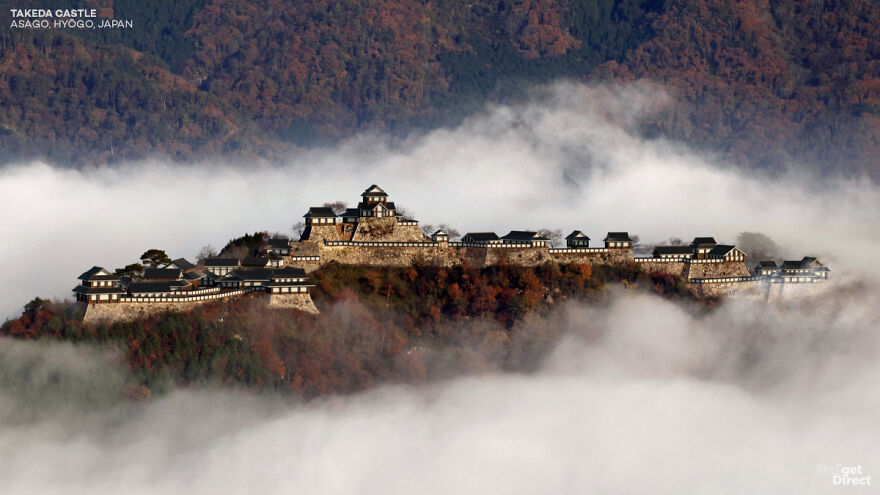 “Takeda was built in the 15th century by “the Red Monk”— a man partially responsible for plunging Japan into the century of chaos known as the Sengoku period. The fortress was eventually conquered by Toyotomi Hideyoshi during reunification. After Hideyoshi’s death, the new Shogun Tokugawa Ieyasu accused the castle’s final lord of arson during a pivotal battle. From here, Takeda fell into disrepair.

Today, the ruins of the castle sit 353 meters above sea level. Though no buildings are left standing on the mountain itself, a row of temples has survived by the base. The stone foundations of the castle are well-kept, having undergone minor restorations in the late 20th century. Because of a seasonal fog that fills the valley, some mornings Takeda appears to float above the clouds.” 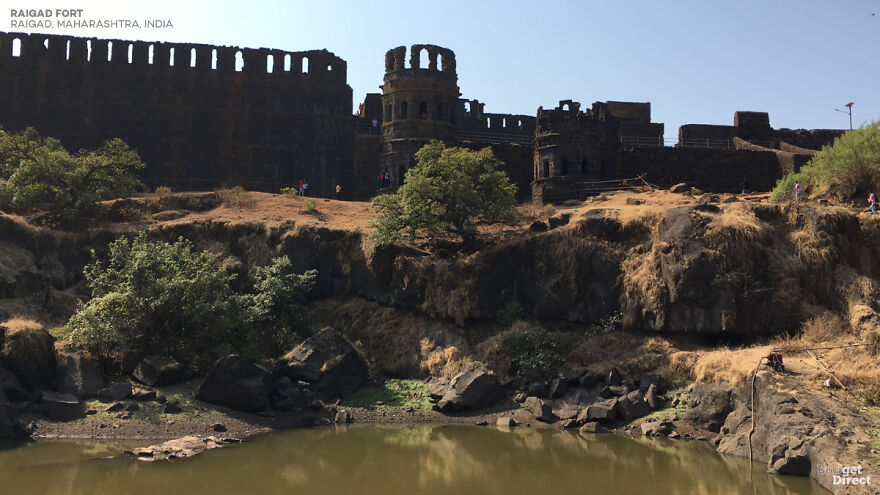 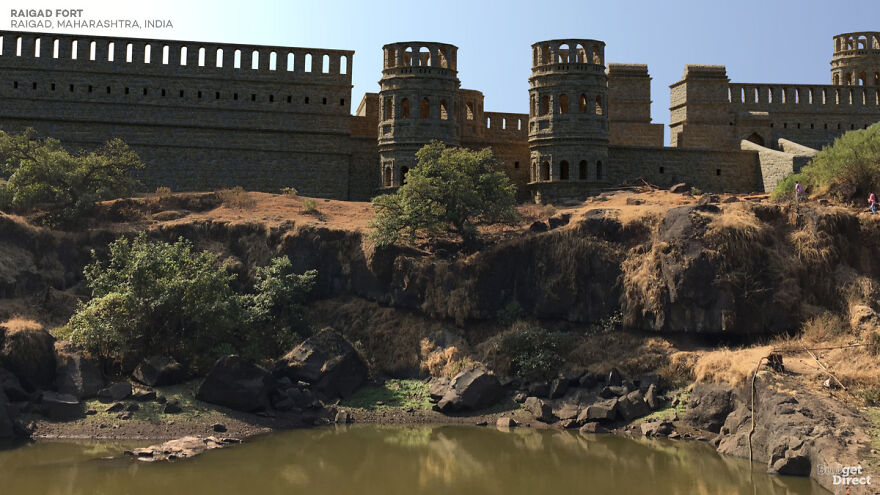 “Though parts of the structure date back to 1030 AD, Raigad’s already impressive fortifications were expanded by Shivaji Maharaj. Shivaji was crowned Chhatrapati (“Umbrella Lord”) here in 1674, establishing the Maratha Confederacy in opposition to the Mughal Empire. The Confederacy would control Raigad until its destruction at the hands of the British East India Company in 1818.

The main entrance to the castle is 820 meters above sea level—a climb of 1737 steps. (Fortunately, there is now an aerial tramway.) Visitors can still view the remains of two of the three watchtowers, several reservoirs, stone merchant stalls, and a famous wall named Hirakani Buruj.”