In the middle of the vast, golden desert of northern Saudi Arabia, a castle rises out of the sand, emerging almost from a massive stone. Its facade is all clean lines and right angles in contrast to the natural surface of the stone, and the structure is instantly striking. Seeing it, you can’t help but wonder: who built it? Why? How long has it been here, looking out over the empty desert? 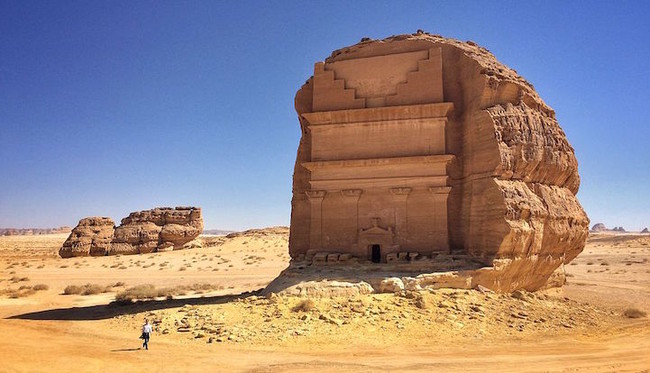 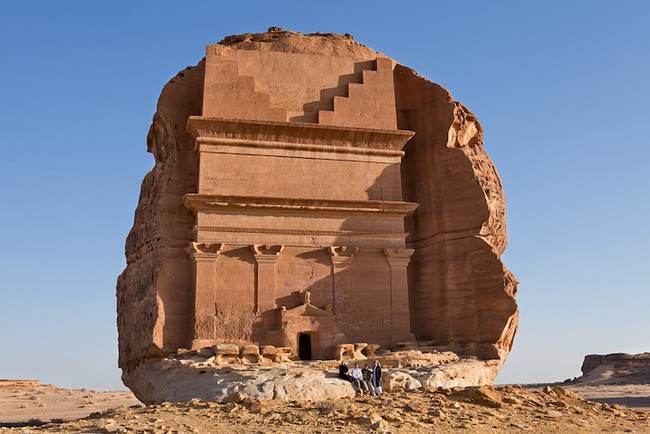 The structure is known as Qasr al-Farid, which means “lonely castle,” and was built in the first century, during the pre-Islamic Nabatean kingdom. It’s located in Mada’in Saleh, also known as Al-Hijr or Hegra, and is one of over a hundred similar monuments in the area. If it reminds you of the carved city of Petra in modern-day Jordan, it should. Petra was the capital of the Nabatean kingdom. Mada’in Saleh was the second largest, and was a major trading center. 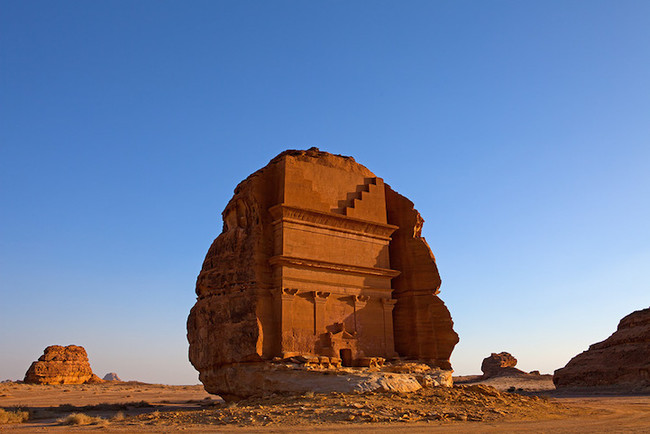 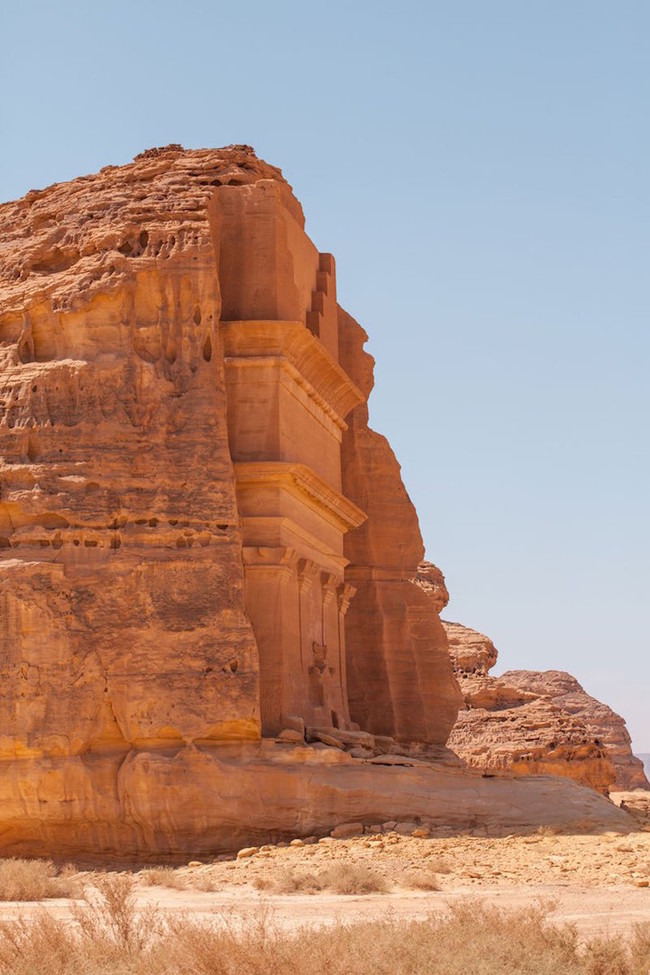 Qasr al-Farid isn’t actually a castle, though; it’s a tomb. It’s unfinished, and in its unfinished state, it allows us a glimpse into how the Nabateans constructed their massive stone buildings. They liked to use single pieces of sandstone, and carved from the top down. They also borrowed decorative elements from Egyptian, Hellenistic, and Assyrian styles. The size of the tomb indicated the person’s social status. Qasr al-Farid is the largest of the 131 tombs in the area. Despite having faced the elements for 1,900 years, Qasr al-Farid is in very good condition thanks to the dry climate. 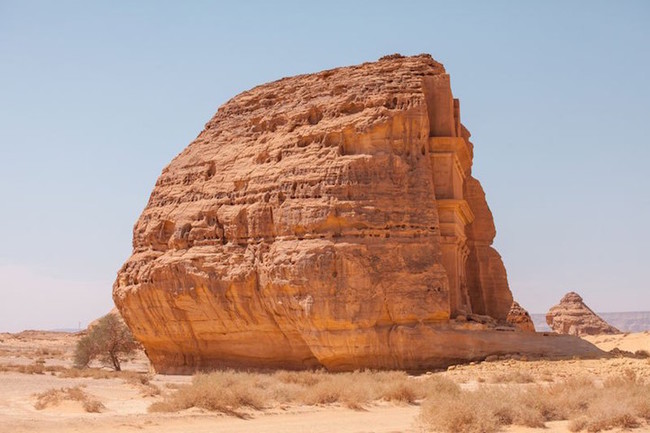 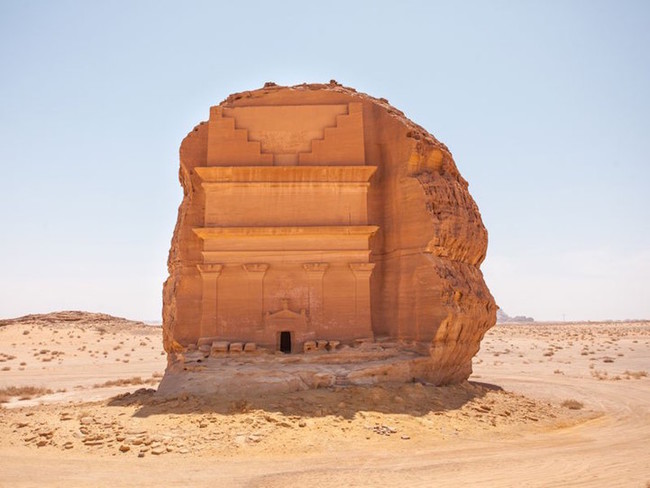 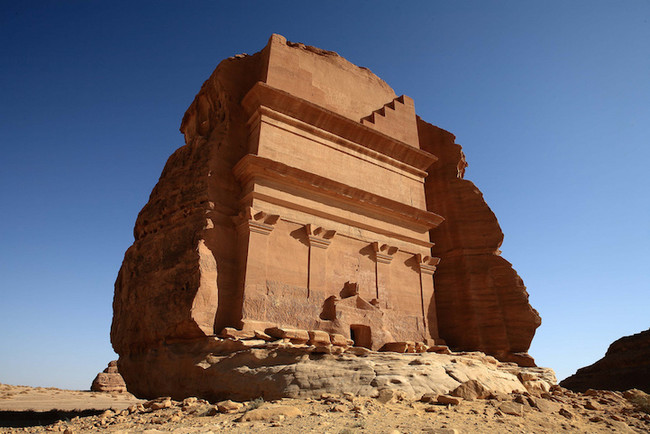 Today, Qasr al-Farid isn’t quite so lonely. It’s a popular spot with tourists, and it and its fellow monuments have been named a UNESCO World Heritage Site, Saudi Arabia’s first.