During the summer of 2014, Reddit user MisterBrick found a cache of World War II-era photographs of his hometown of Dijon, France. (Yes, the same town where the style of mustard originates.) The grainy 70-year-old photos show the occupation of the town by German forces, as well as its liberation four years later.

When he found the images, MisterBrick decided to recreate the shots as best he could to show how the town looked after more than 70 years and a huge historical event. Witness the results below.

German soldiers gathered outside the Palace of the Dukes of Burgundy, June 17, 1940. 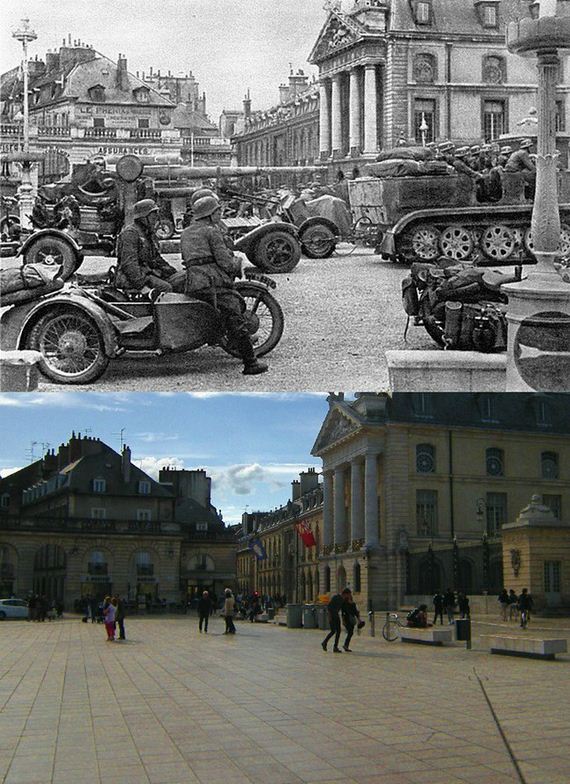 Another shot of the Palace, which remains a major tourist attraction today. 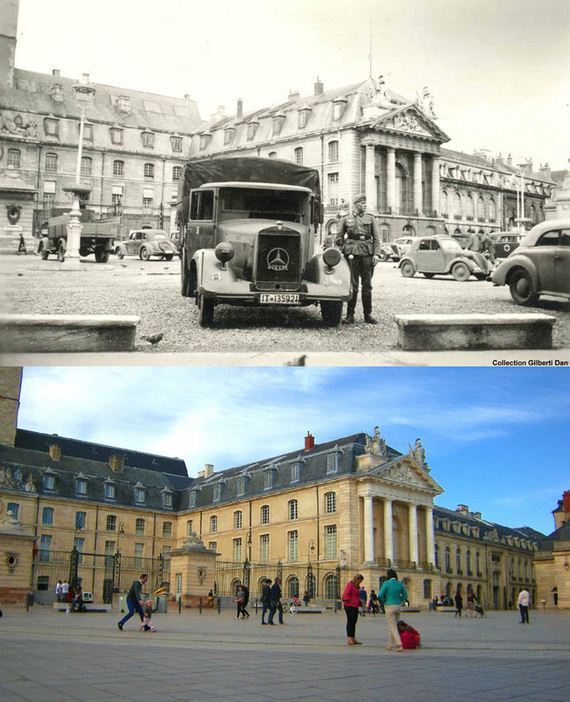 German soldiers by the fountain in Parc Darcy, which still runs today. 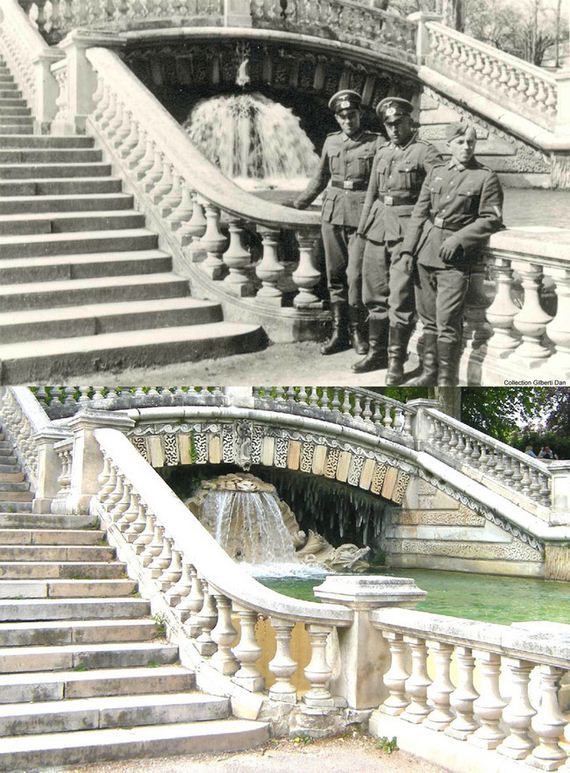 The checkerboard insignia above this doorway shows that it was used as a German commander’s headquarters during the occupation. 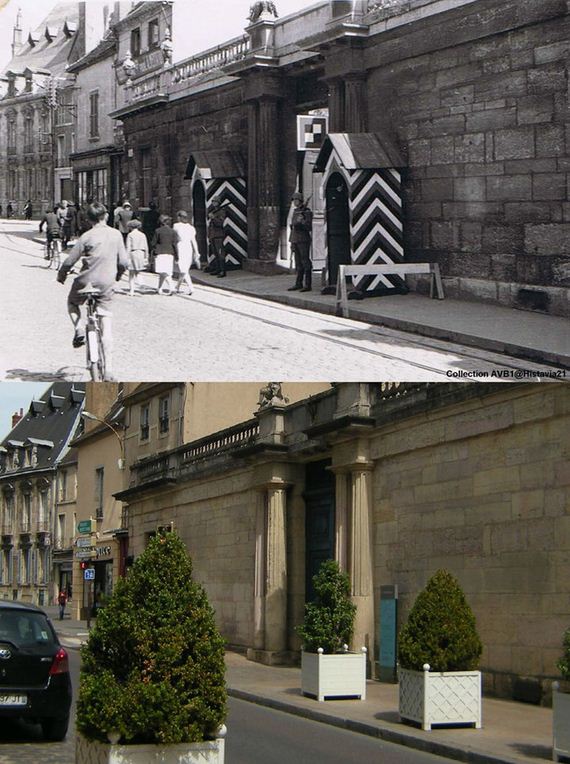 This shot also has some personal history tied to it: MisterBrick’s grandfather, who was wanted by the Nazis, used a fake ID to work at a bakery on this very street.

Except for the tree (and the soldier), this scene remains almost unchanged, although it looks like the plumbing was updated. 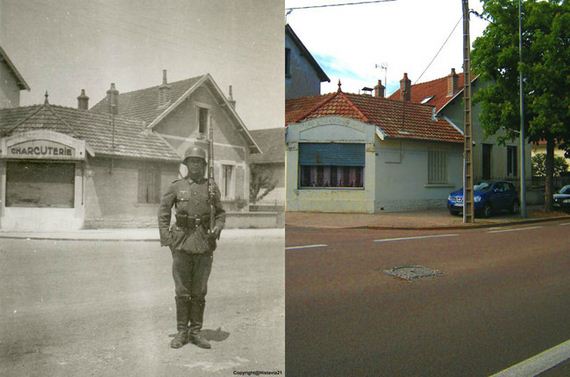 We also assume the butcher shop is no more.

Today, this building houses a florist. In the ’40s, it was the Luftwaffe headquarters. 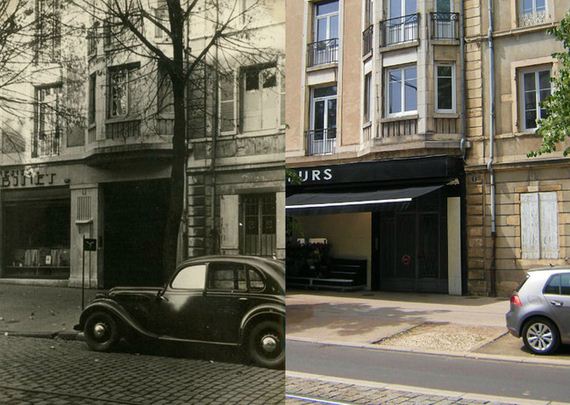 Dijon’s main street. In the background, on the left side, you can see the archway known as Guillaume’s Gate. 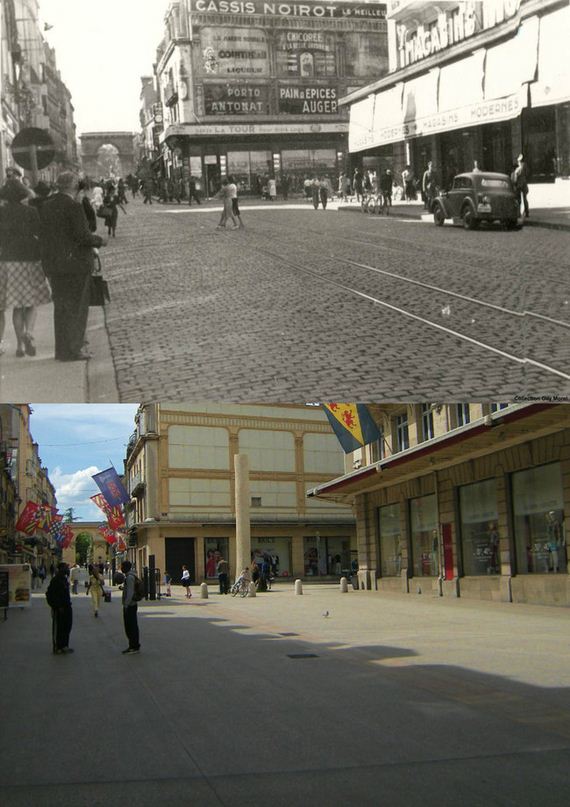 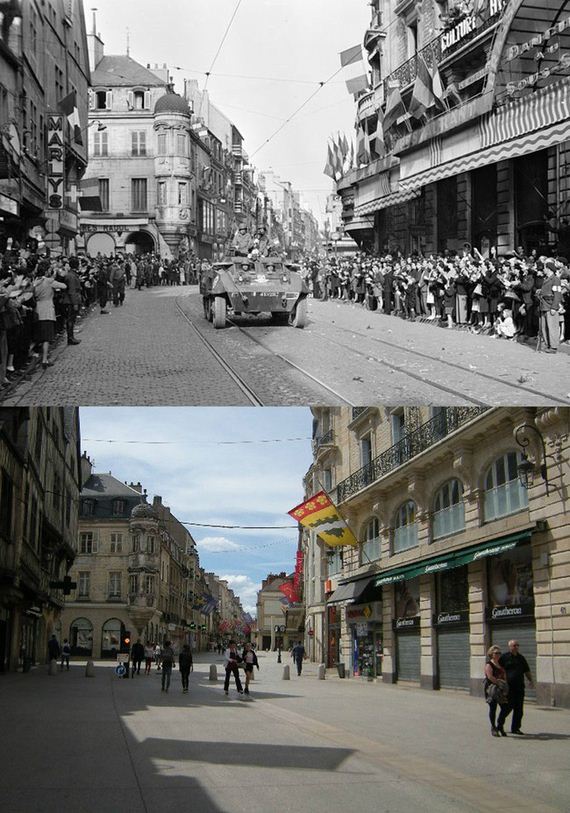 The troops included American soldiers and Free French Forces, who opposed German occupation. When they arrived in front of the Palace, the square was renamed Liberation Square for the occasion. 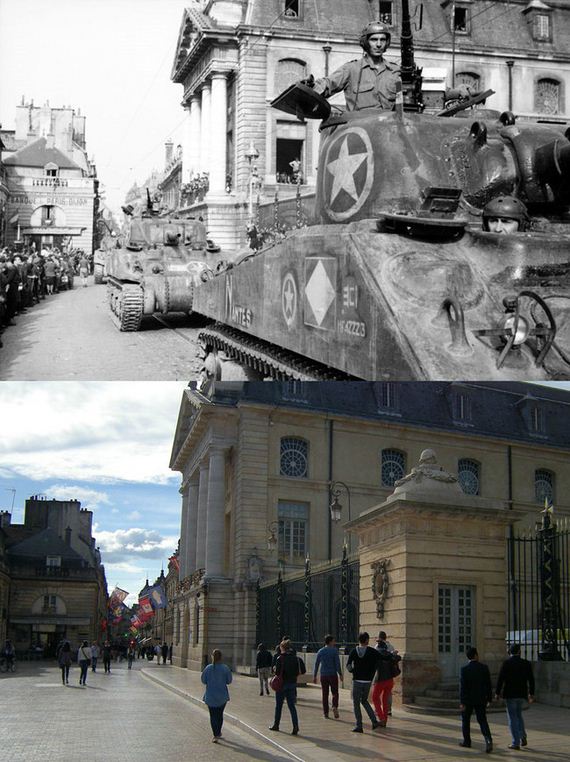 Dijon’s post office flew the French flag after the liberation. 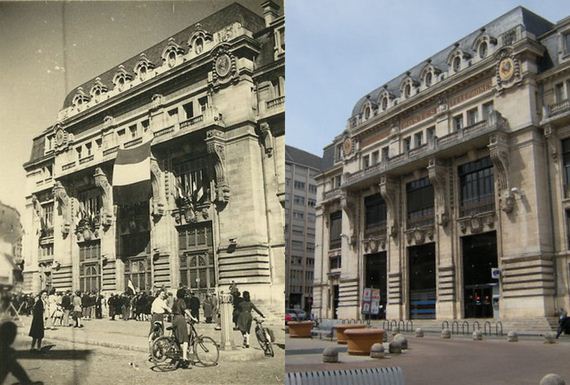 Much of the picturesque town remains the same in terms of streets, buildings, and squares. However, the photos then and now show a world of difference. Not only do they show the impact of World War II, but MisterBrick’s personal history is also tied to these images. Both the differences and the similarities are incredibly striking. We can’t wait to see what happens here in the next 70 years.