What happens when manmade technology is abandoned in nature?

This haunting and thoughtful series, called Forest Punk, by German photographer Dieter Klein aims to answer that question. Started by accident in 2009, Klein was walking through the woods in western France, when he stumbled upon something unexpected.

“I discovered a 70-year-old Citroen truck in a European black elder bush,” he recalls. “More than the interest for the car itself, I was struck by the impact of this extraordinary process of transformation. I was hooked.” 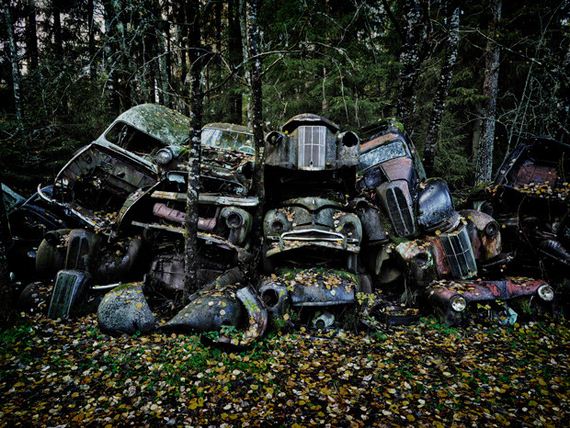 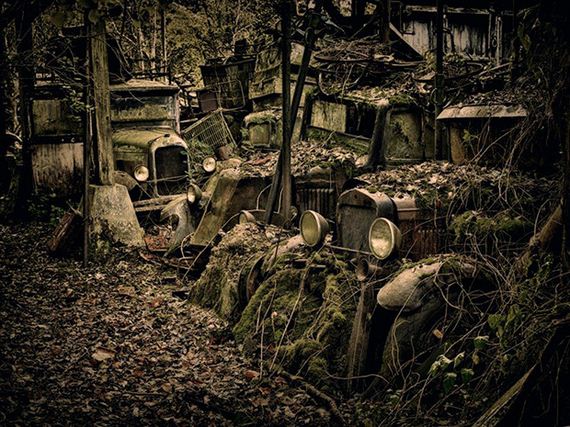 He couldn’t help but wonder: where did these cars come from? Who did they belong to? How did they end up like this? And, most importantly, were there more places like this? 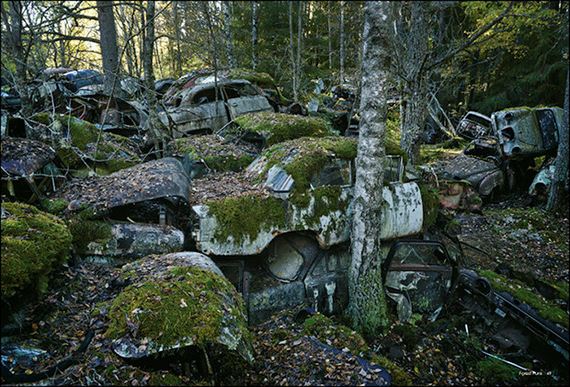 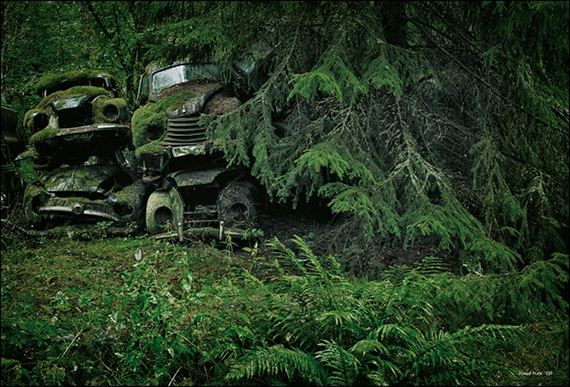 Soon, he was combing the Internet in search of more abandoned vehicles sites from the middle of the 20th century. He discovered that there were quite a few of them all around the world. His next destination was Belgium, where he found about 250 cars rusting in the woods, seemingly touched only by the elements since the day they were dumped. 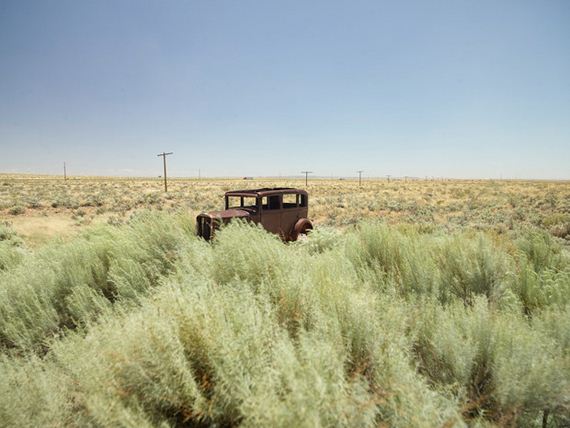 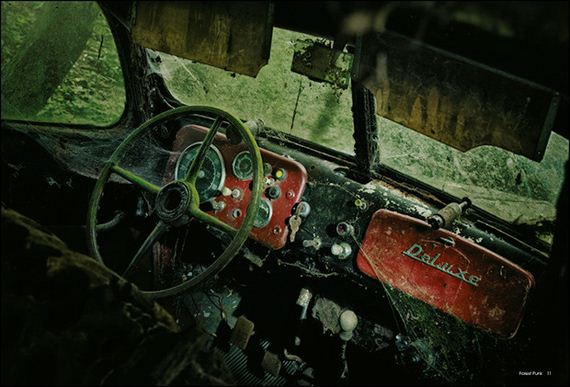 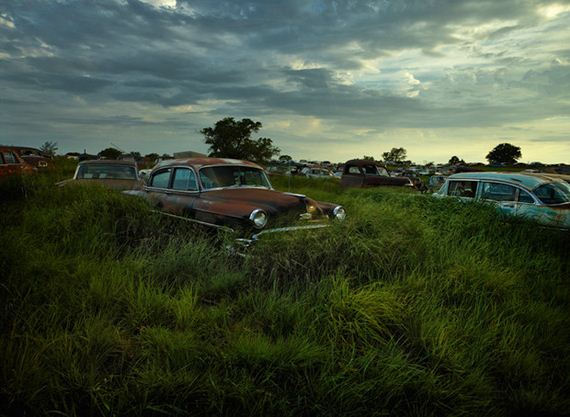 The images of vintage cars moldering among ancient trees and patches of moss fascinated Klein immediately. “The contradiction of nature and this manmade machinery to be left alone for decades in such impressive sceneries led me to strange impressions and into a timeless mood,” he says. “One picture took me to the next and it went on and on.” 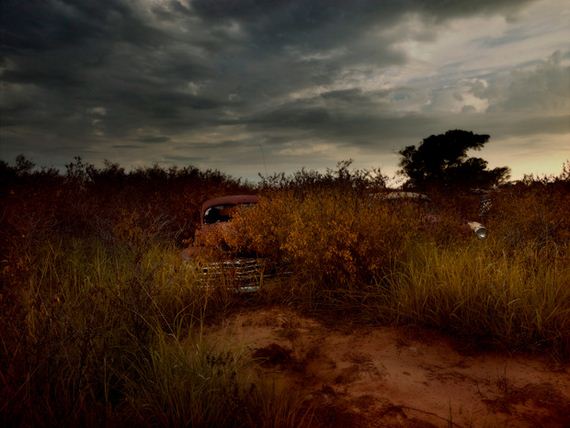 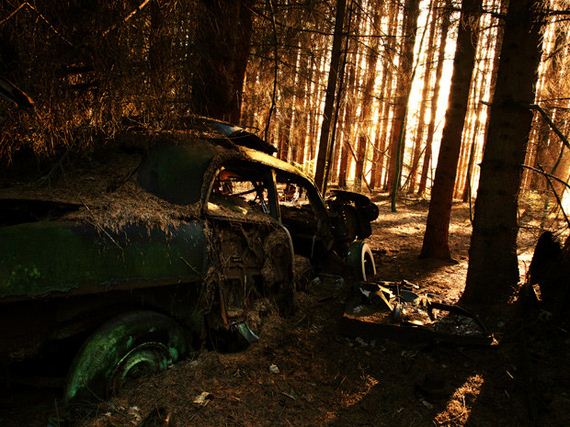 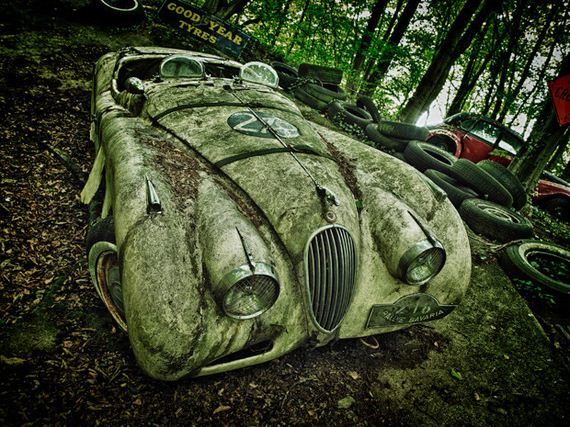 To date, Klein’s Forest Punk series has taken him all over the world to visit these classic cars in their unlikely settings, and to see how nature is reclaiming them, slowly but surely.

He says he can’t help but feel a bit philosophical when he looks at “these pioneers of mobility standing still at their final destination…I stepped through broken and fragile arrangements that nature had formed [over] decades, while no human hand has touched its ongoing procedure of turning it all into nature…again.” 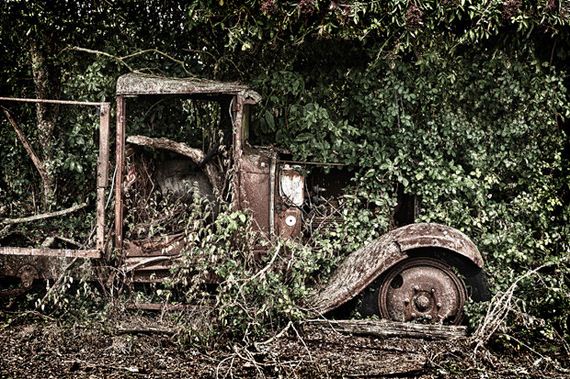 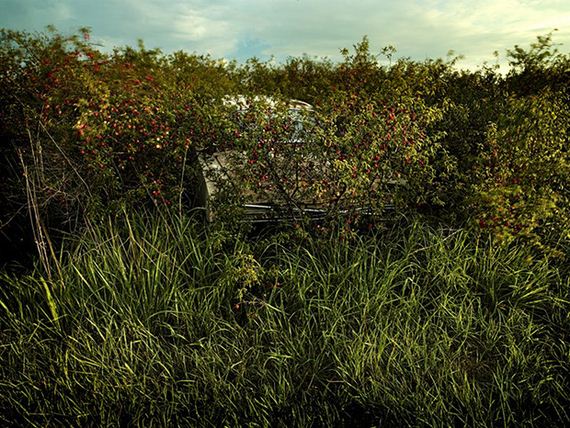 Klein is fascinated with the way the cars are disintegrating back into the earth, and how, with each passing year, they become less like the everyday items they were and more like ancient relics from a time and culture past. As time draws on, their stories become more and more lost. 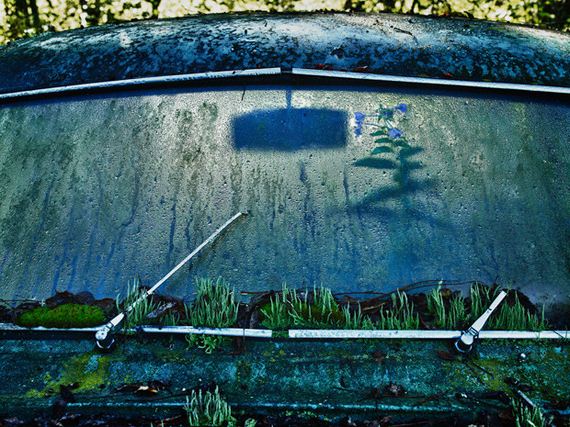 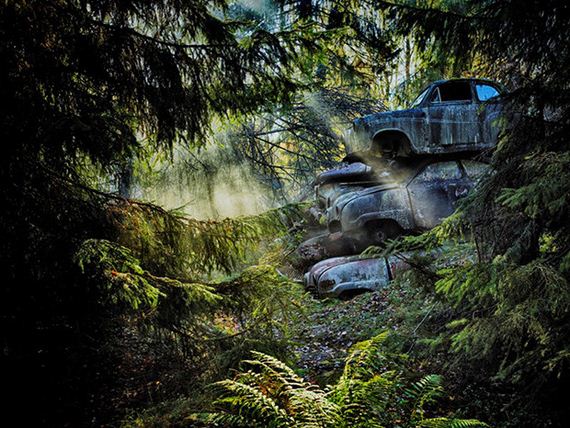 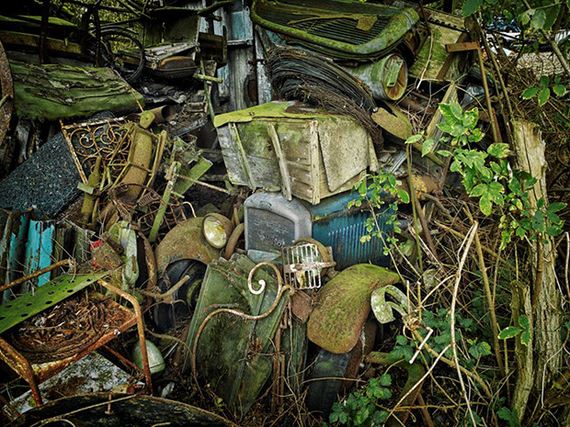 It might seem like an affront to nature to dump a bunch of cars into a forest, and there are surely environmental problems with doing something like this. But after so many decades, we can also see the persistence of nature, taking the machinery back and incorporating it into the landscape.