In the middle of a frozen, lonely lake sits this strange structure…totally abandoned and most definitely creepy.

There were once two floating McDonald’s locations in existence: one in St. Louis, MO, and this one, currently anchored in the Burrard Inlet in Burnaby, BC, near Vancouver. If you thought the famous dining chain was entirely landlocked, think again. 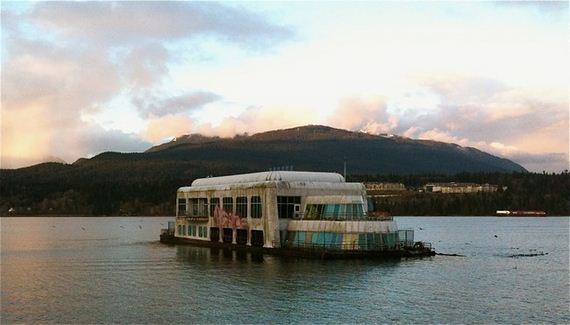 Officially, it’s named the Friendship 500, but it’s mainly known as the “McBarge.” It was built as a floating McDonald’s restaurant for Expo ’86 in Vancouver. The Expo was a World’s Fair meant to showcase up-and-coming technology. The theme of the 1986 Expo was transportation. 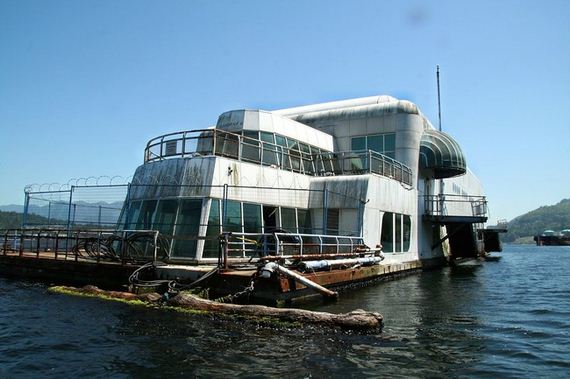 The floating restaurant was one of five McDonald’s locations during the Expo. It was going to remain a functioning restaurant, but the idea never took off. It was removed from the Expo grounds and anchored in Burrard Inlet, where it remains today. 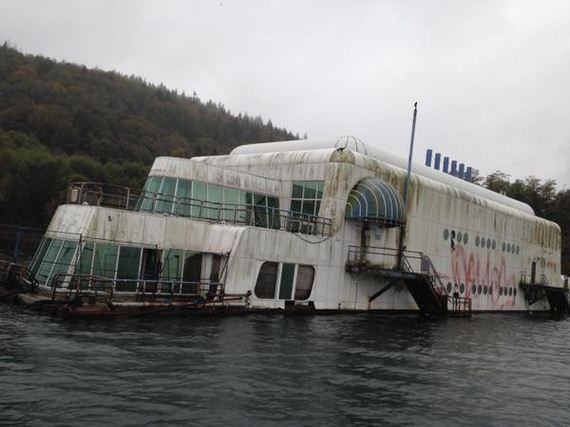 As you can see, it’s not exactly in great shape, becoming an attraction for urban explorers. 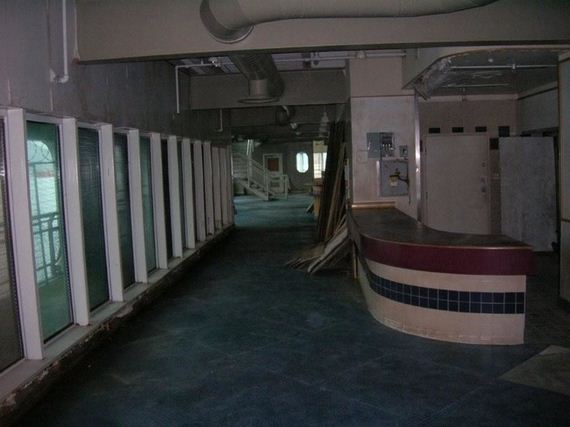 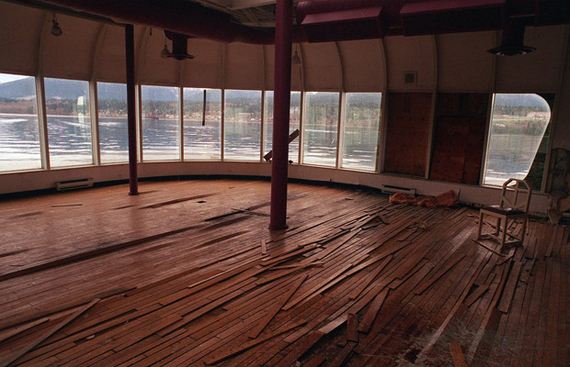 Naturally, the interior fell into disrepair after being left to the elements since 1991 when it was moved.

The McBarge when it was operational, functioning as a McDonald’s during the five-month Expo in 1986.

The McBarge can be seen from satellite, like in this image from Google Maps. 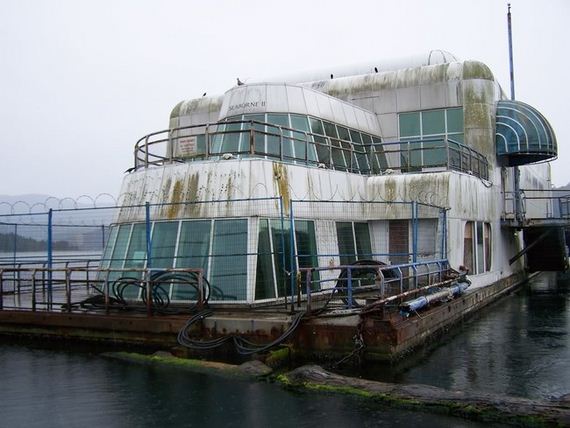 Today, there are plans to restore the McBarge, but they have yet to be approved by the local government. The McBarge is part of a proposal to develop the area’s waterfront, and could be renovated to house a restaurant once again.