A decade ago Gwyneth Paltrow married Coldplay’s lead vocalist Chris Martin. The two of them officially confirmed that they were separated in March 2014 after 10 years of marriage and two kids. However, they are still legally married, even if the two of them are dating other people. 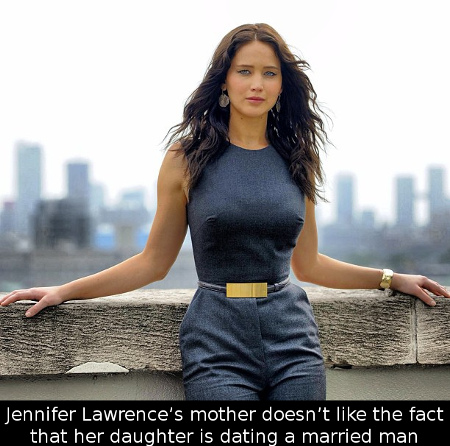 During the latter half of 2014 rumors started flying around the web that Martin was dating Jennifer Lawrence. During their on-again-off-again relationship many people started criticizing Lawrence for dating not only an older man, but also a married one. One of those people is none other than her own mother. According to anonymous sources, Karen Lawrence doesn’t like the fact that her daughter is in a relationship with Paltrow’s husband. The sources claim that Mrs. Lawrence is scared that it could tarnish her reputation. The 24 year old actress had a bad enough year thanks to the infamous leak of celebrity nude pictures in early 2014.
The unnamed sources also state that Karen described Jennifer’s actions as “cheap” due to the fact that Martin is still married, he is the father of two children and is much older than Jennifer.