Eating food just isn’t as safe as it used to be. These photos are all REAL submissions from people who have found these vile items in their food. Some of these are from fast food chains, others are actually from manufactured items that have ended up inside these poor people’s homes. Looks like we will just have to all start growing our own food from now on. I’d do ANYTHING to avoid any of these happening to me…

1.This entire head of a rooster that a woman found with her Chicken Nuggets from McDonald’s.

And for those of you who are wondering why yes, she did get paid a veritable ton of money to hush up about the incident…somewhere around the tune of $100,000. 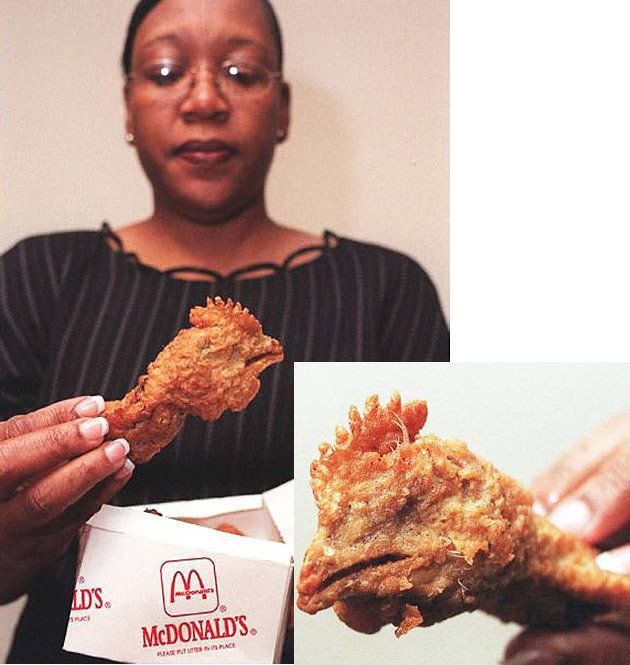 A father found this while making sandwiches for his CHILDREN’S lunches. Could you imagine if one of them had discovered it…? Talk about scarring! 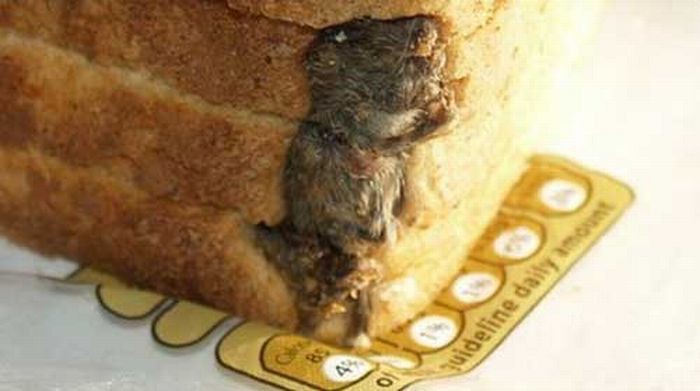 3. The slew of insects that have been reported as being found in McDonald’s food.

If this won’t keep you off fast food I just don’t know what will. 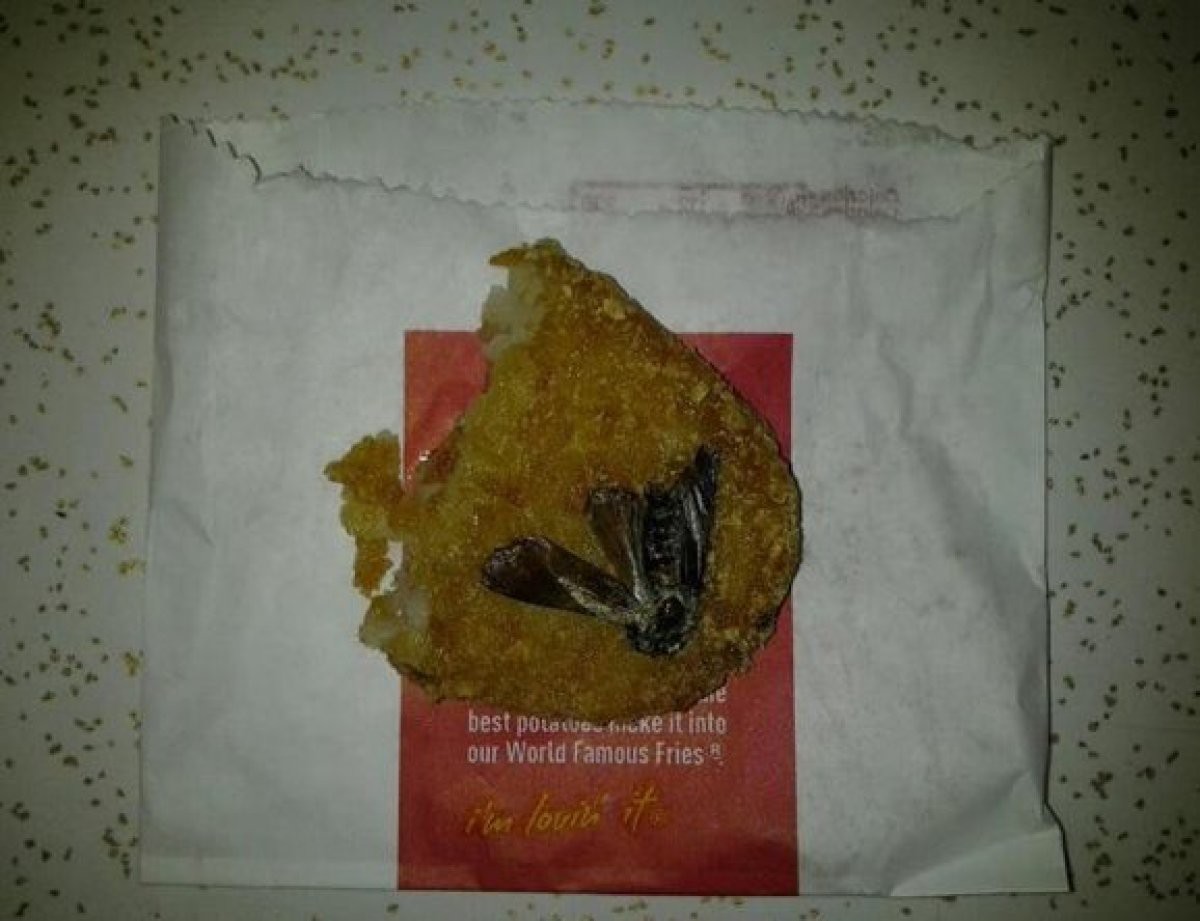 This was found in a woman’s salad in 2005. Even the healthy eaters can’t escape…. 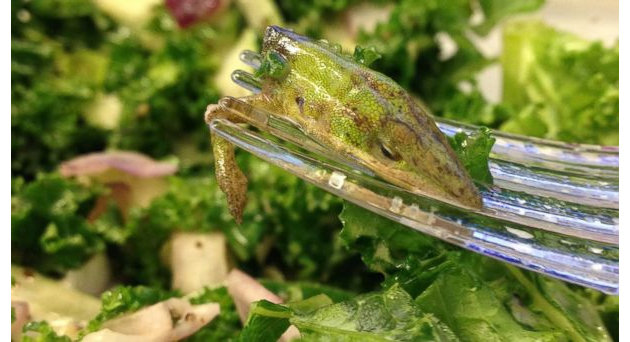 There’s nothing worse than a salad topping that crawls… 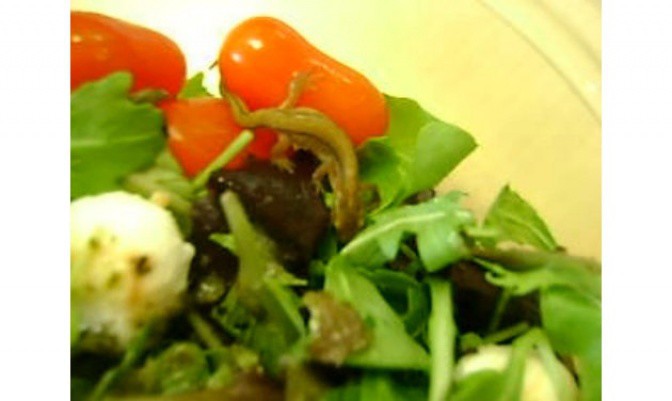 This description needs little back story. Let the appropriate level of disgust ensue.

Just imagine the horror if you found this after you had started boiling your veggies…? 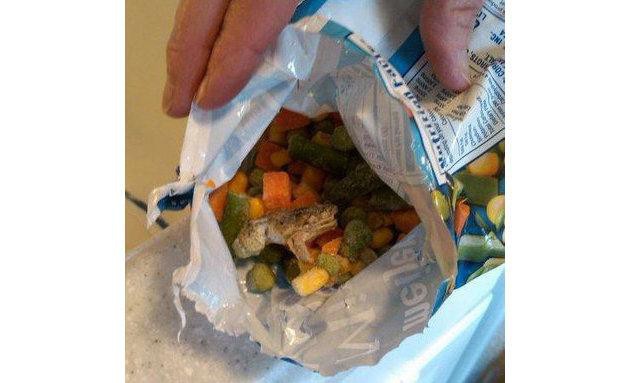 8. Rice with a side of cigarette butt.

Apparently this was discovered when a mother smelled smoke coming from the rice she was heating up for her daughter. Though we don’t condone second-hand smoke here, this one sounded pretty hard to avoid on that mom’s part. 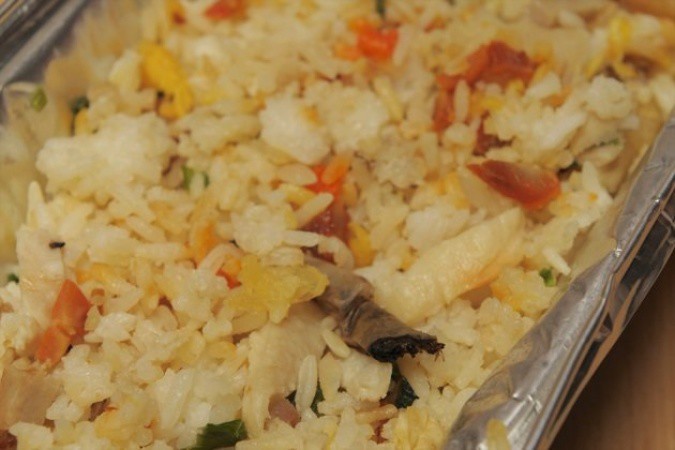 9. This RUSTY NAIL that was found within some Mac & Cheese.

Could you imagine how that would feel going down…? 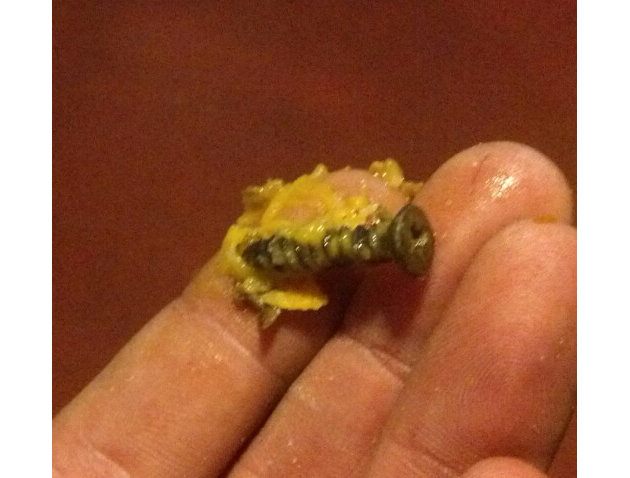