Yup, these robots need a shoeshining more than anyone else. 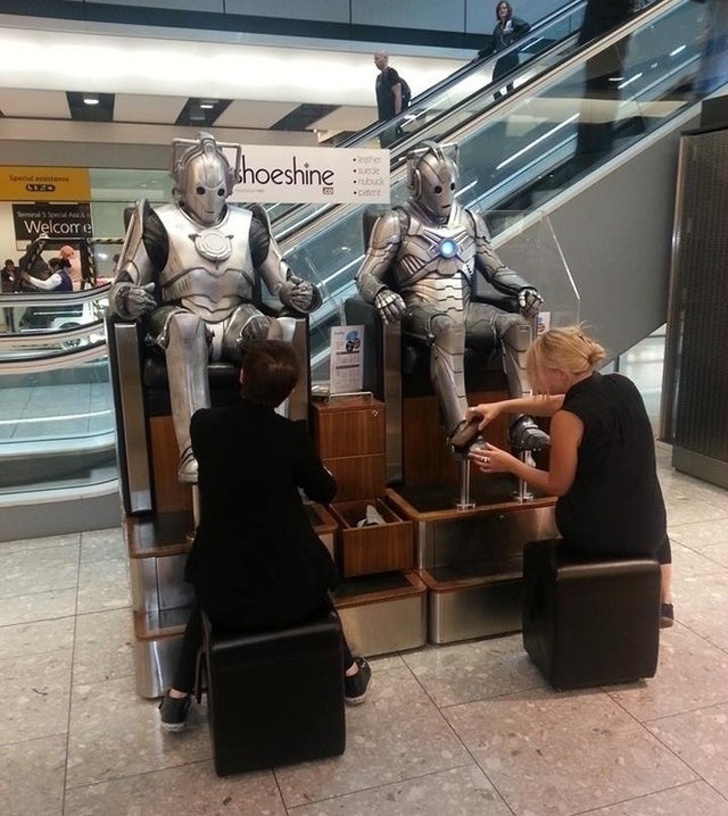 Sleeping at the airport is an art. 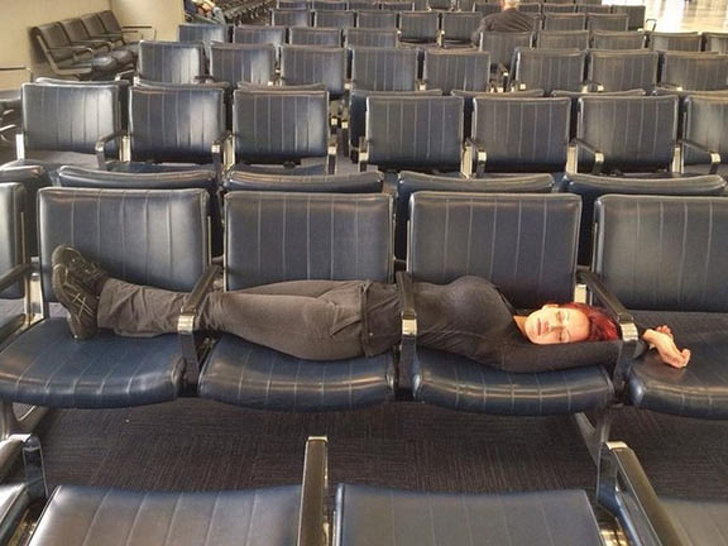 “Apparently I booked a business trip on a furry flight. I’m the only non-furry one.” 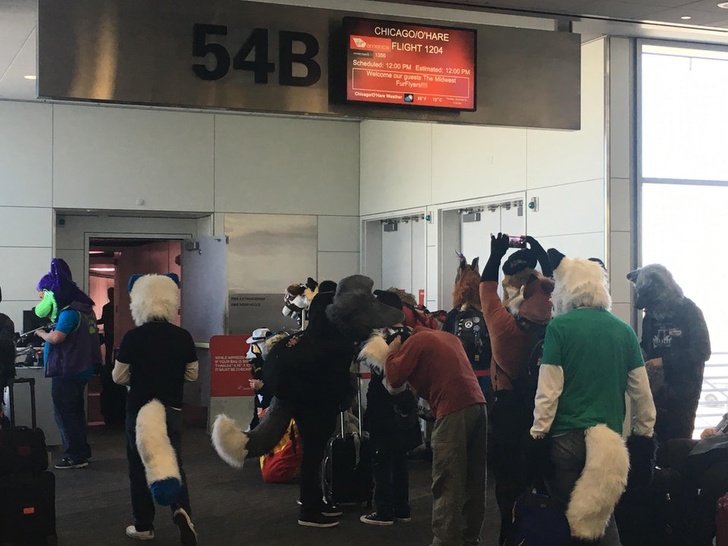 “I was watching The Avengers on my laptop at the airport…this was happening behind me.” 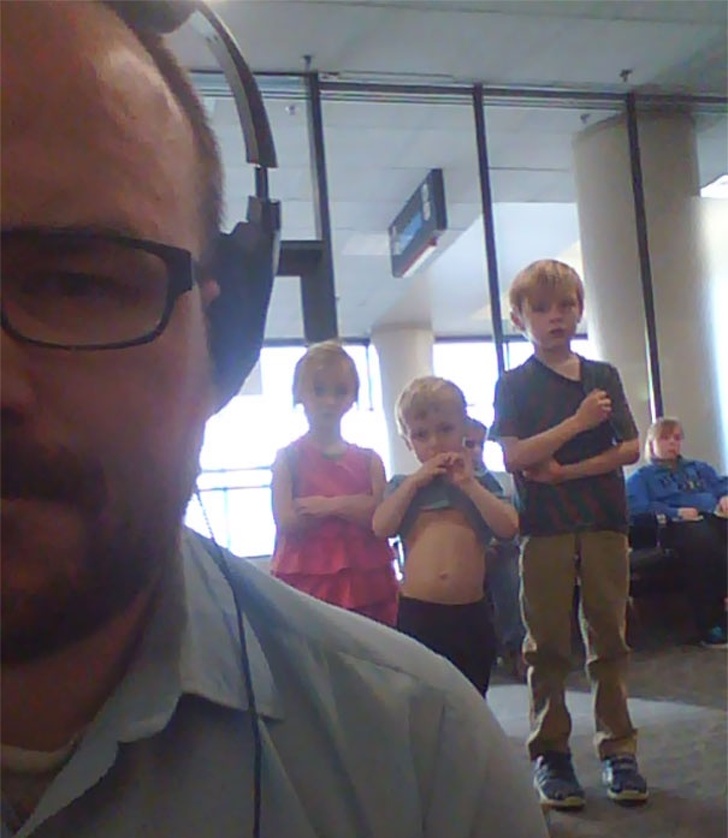 “My friend’s daughter just flew by herself for the first time. This was how he greeted her at the airport.” 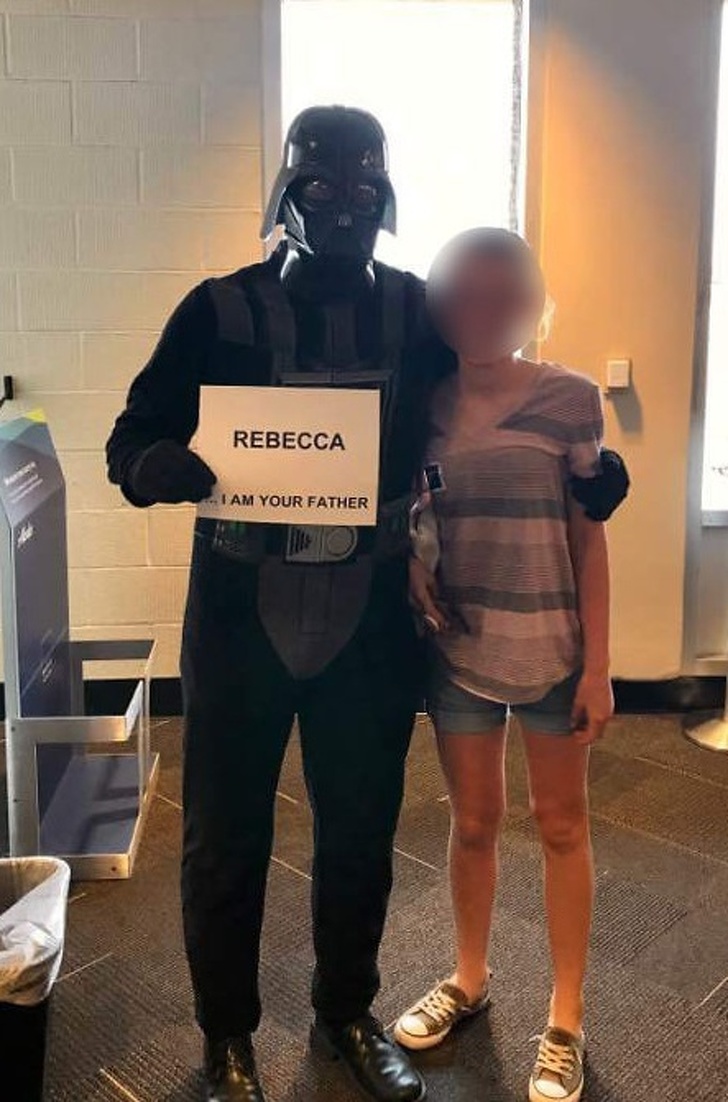 “These 2 unrelated toddlers hugged each other at the airport.” 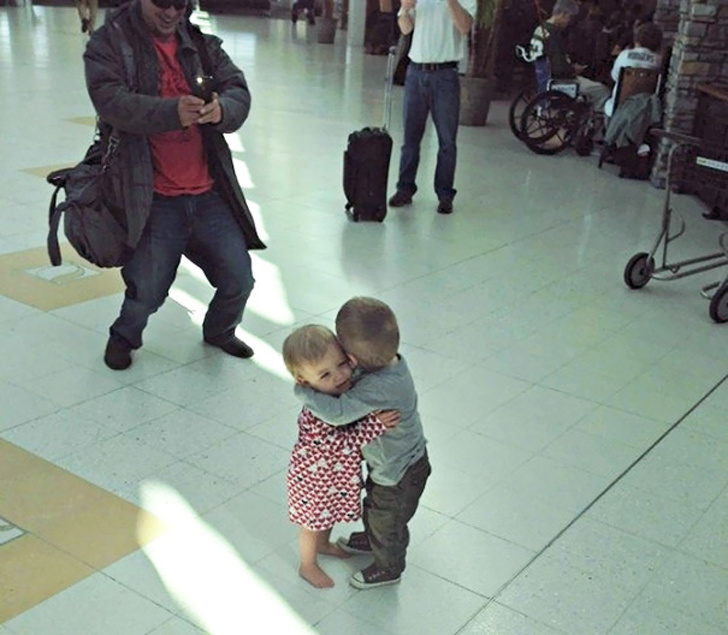 “I was in a bathroom stall at the airport when…” 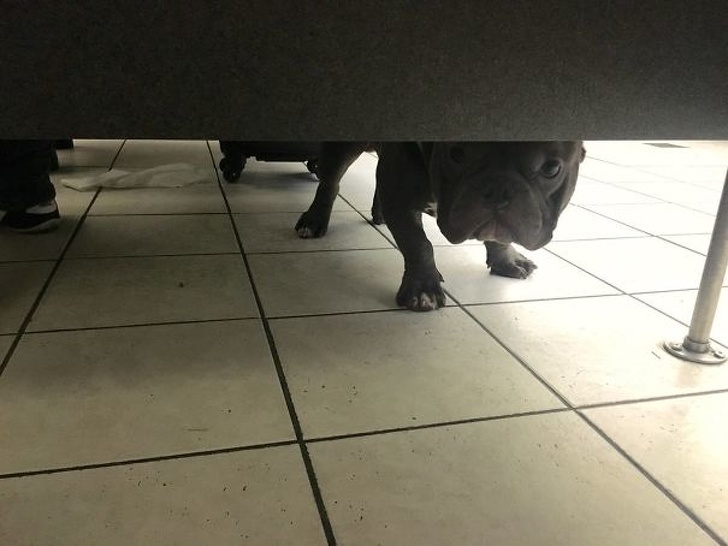 This generation and their cell-phones… 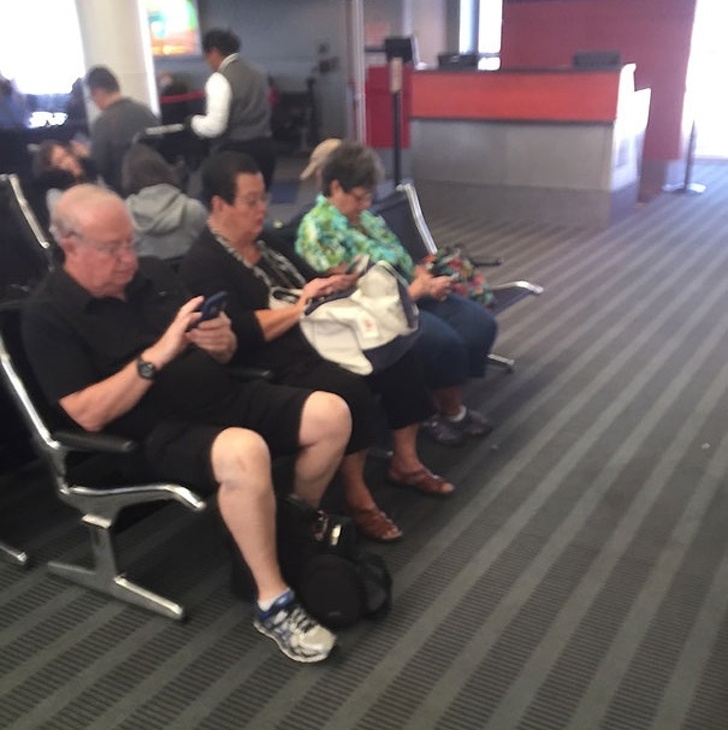 “Forgot my hand charger at home, now I’ll have to work it out somehow.” 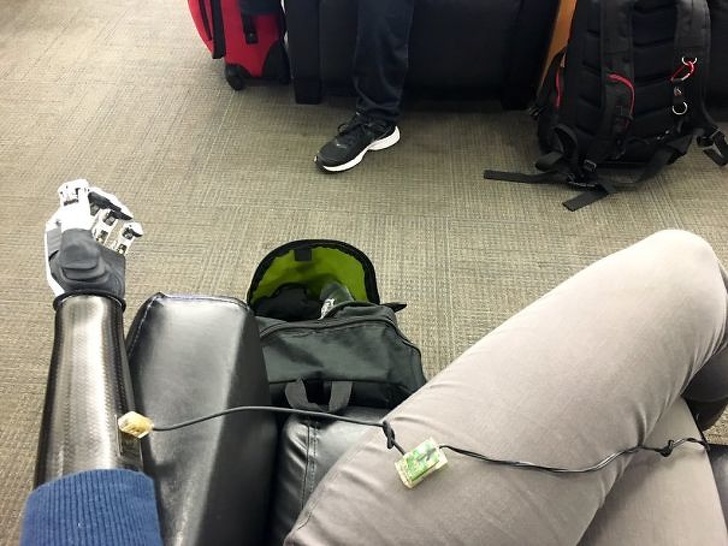 “I told Gramps it would be easier to use a wheelchair to get through the airport.” 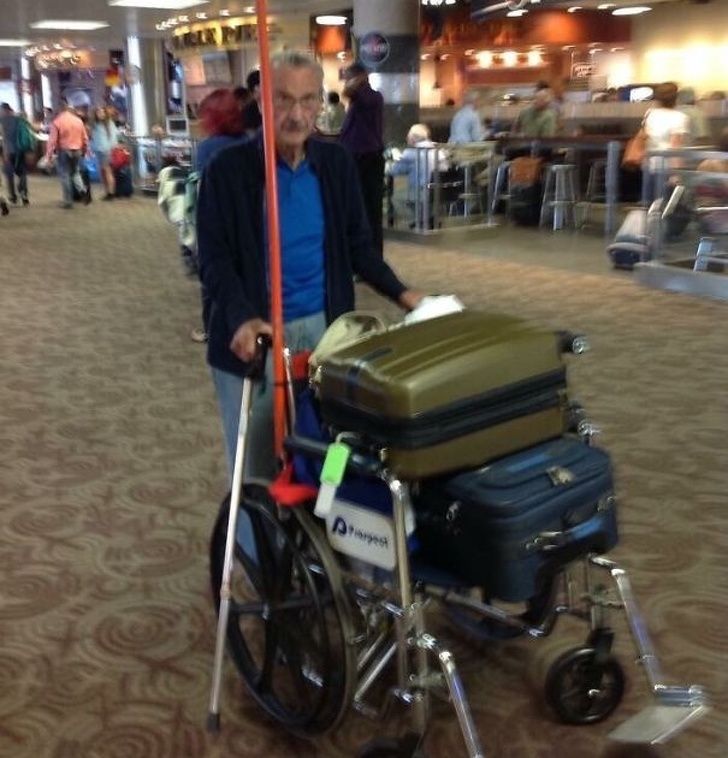 “While boarding a flight, an 8-year-old ominously told me ‘I left a secret agent to watch you…’ I wasn’t sure what that meant for the next 2 hours until another passenger pointed this out to me…”

And this is why you don’t fall asleep at the airport: 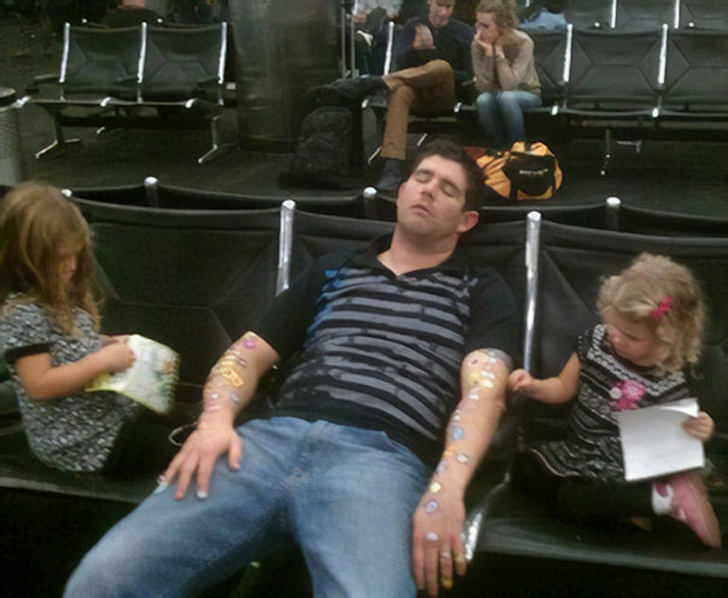 “This dad at the airport kept walking back and forth while his daughter giggled the whole time.” 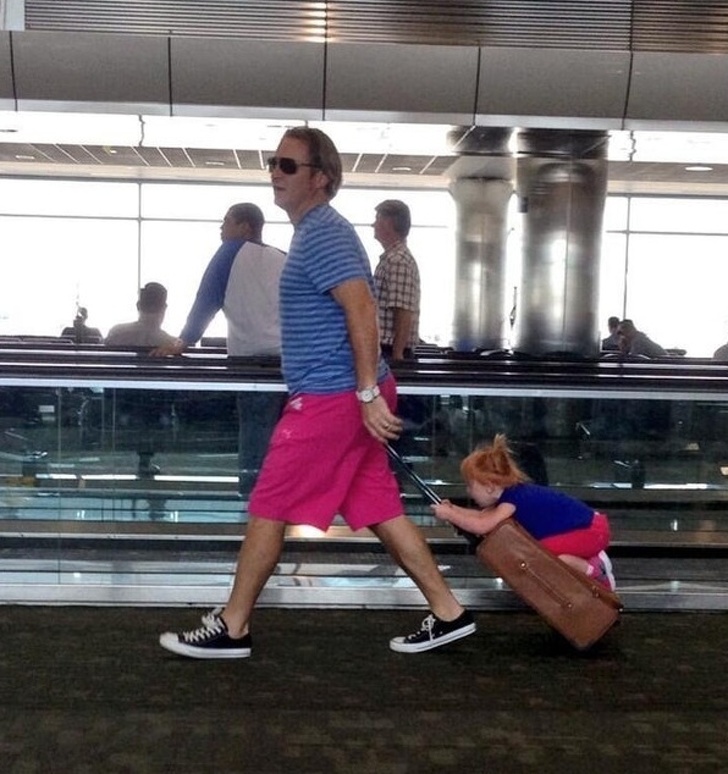 Who needs a longer cable? 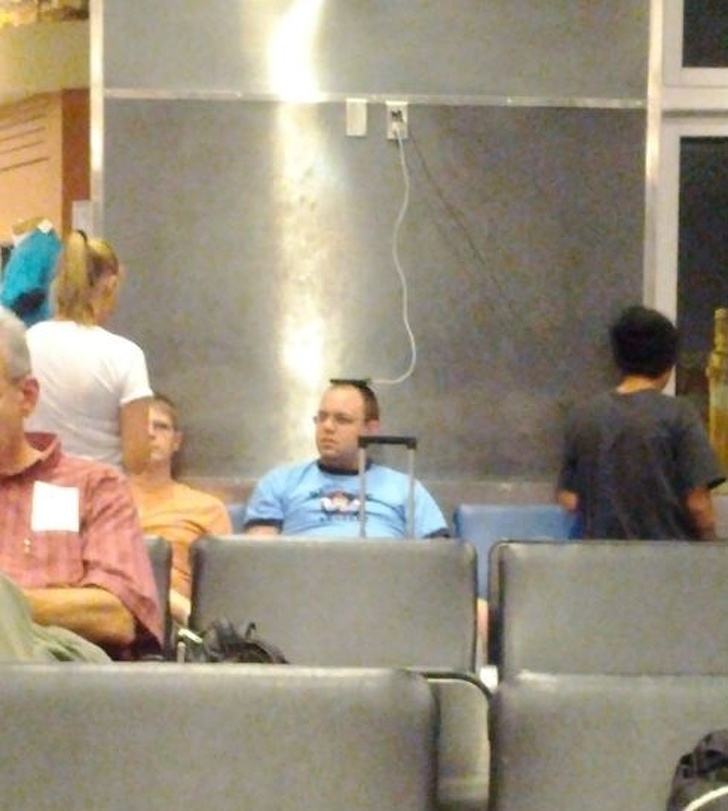 Just landed at the airport. Not feeling very welcome so far. 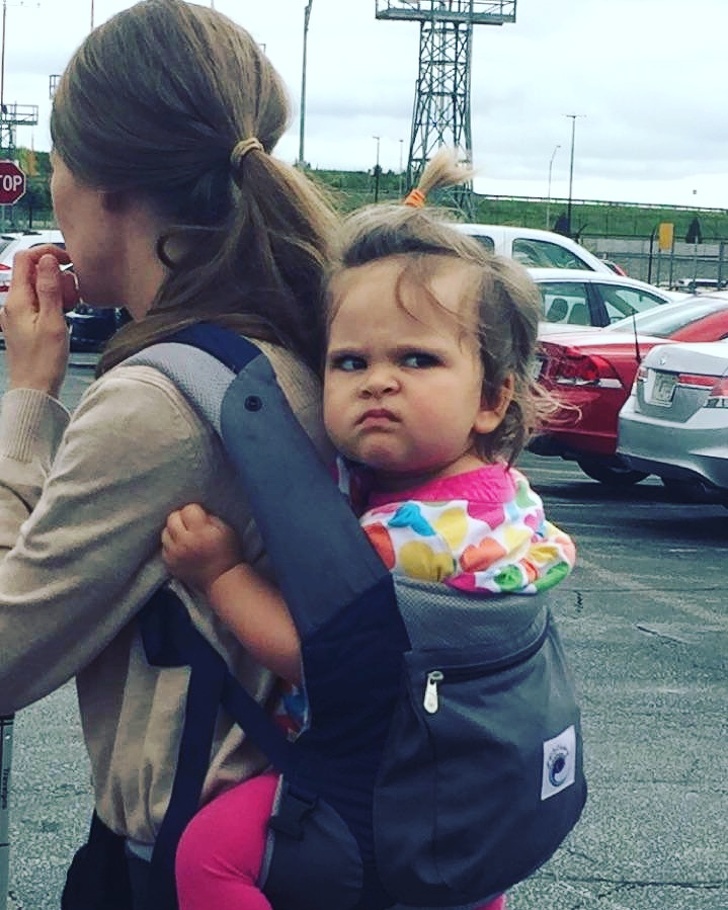 That’s a long time to wait for luggage, don’t you think? 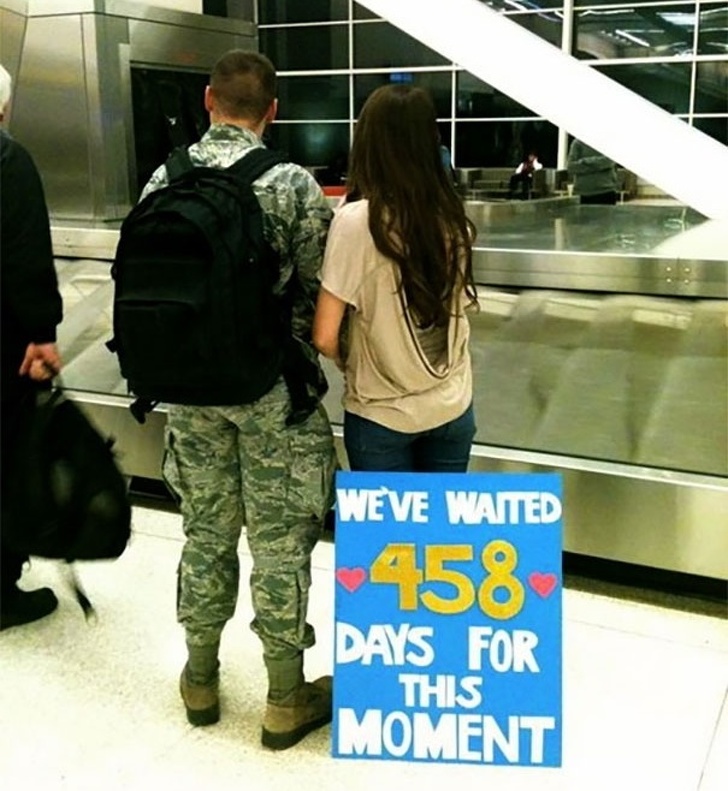 On a trip to Taipei, a friend captured this in the security line. 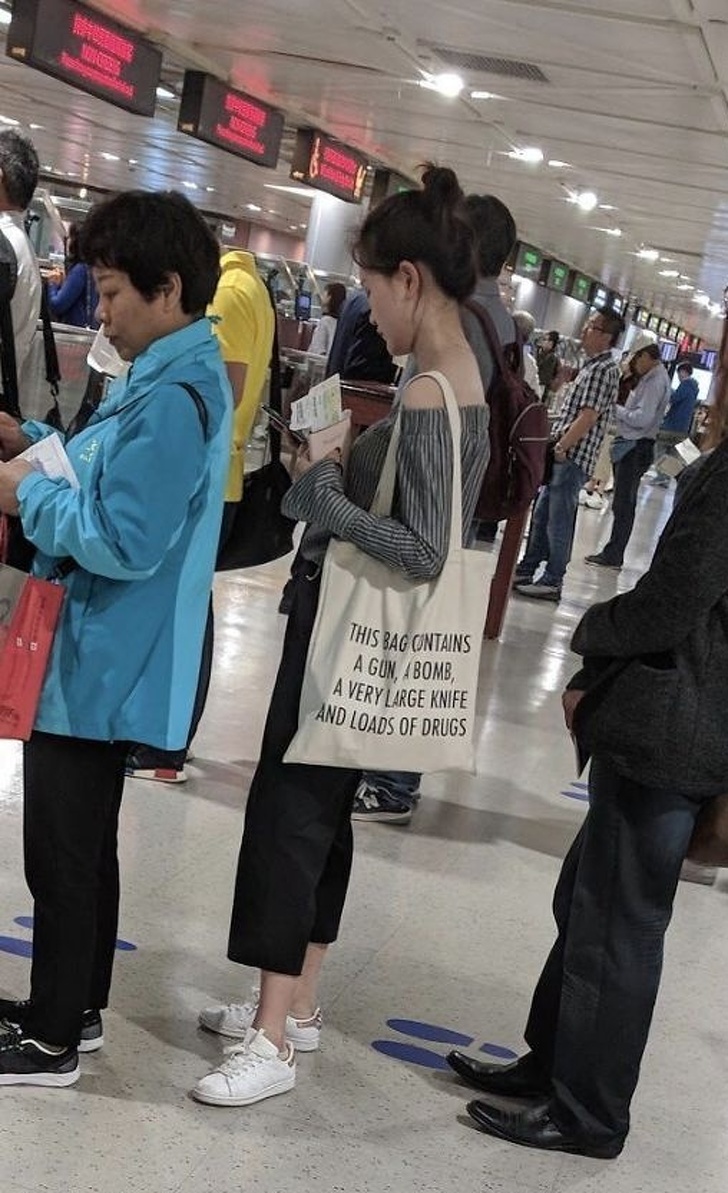 When you take your girlfriend away for the weekend. 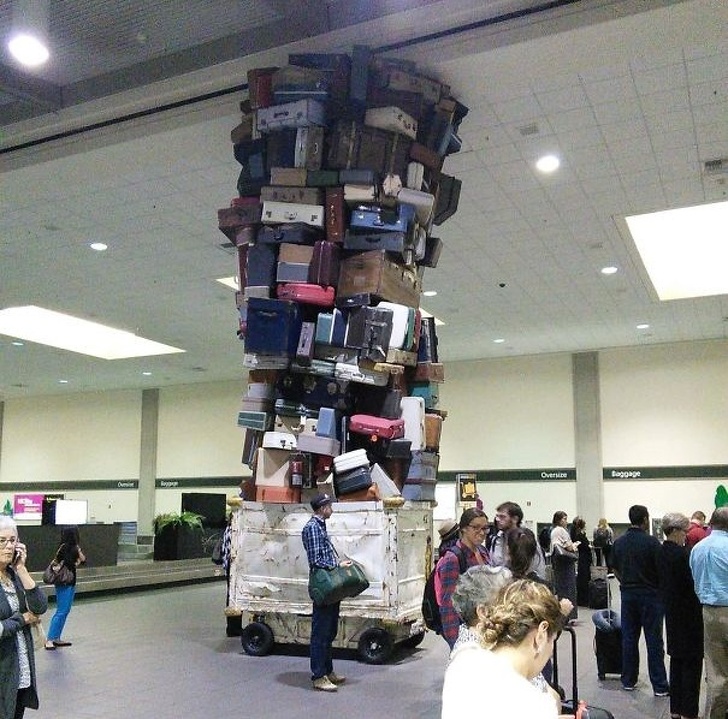 Met him at the airport. I asked him what made him do that and he replied “Because I can.” 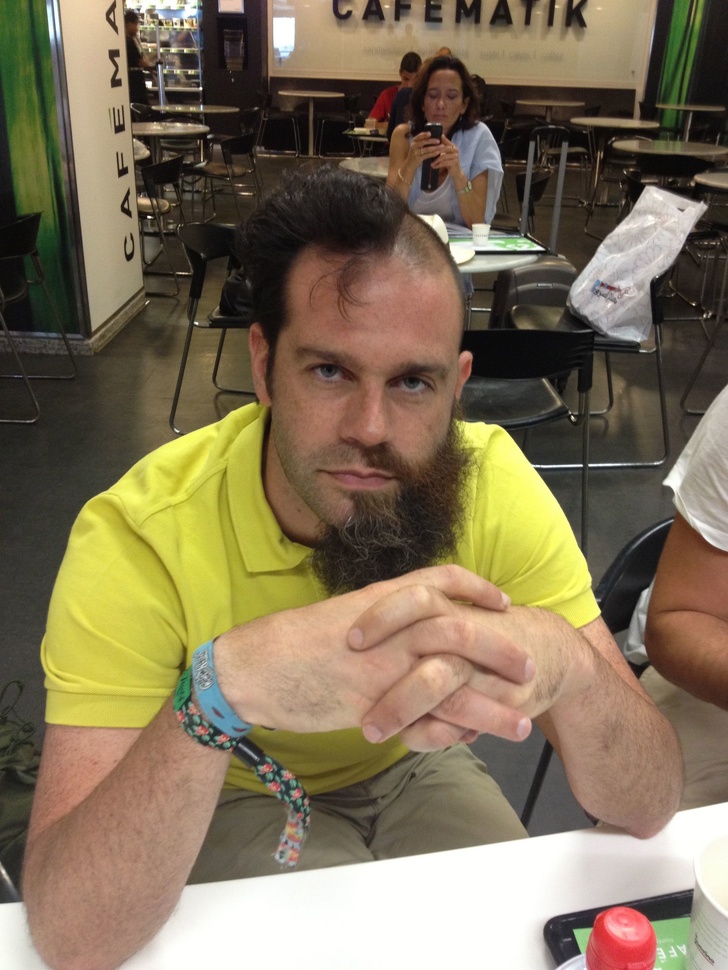