A jilted husband has been jailed for almost a year and given a restraining order after rampaging through his former marital home with a chainsaw to reduce its value.
These photographs show how Andrew Brooks, 43, destroyed large parts of the property after the £150,000 Lake District cottage was put in the name of his estranged wife Bridget.
He took the chainsaw to the majority of external and internal doors, reminiscent of terrifying scenes from Stanley Kubrick’s film The Shining where star Jack Nicholson hacks through them with an axe.
The former soldier had sawn through the property’s doors to enter his former home in Marton, near Barrow-in-Furness after a dispute over ownership of the property when his wife left him because he was abusive.
Although she was not in the home at the time, Brooks’ rampage left Mrs Brooks suffering panic attacks and on prescribed medication because she has been so anxious he might turn up again. 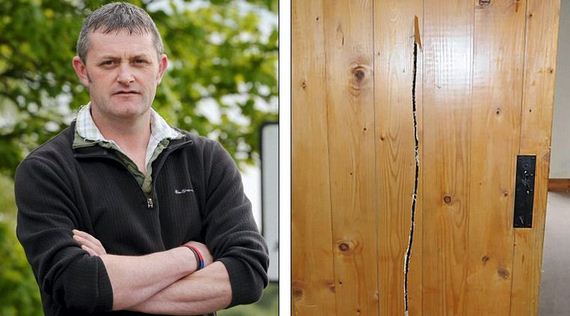 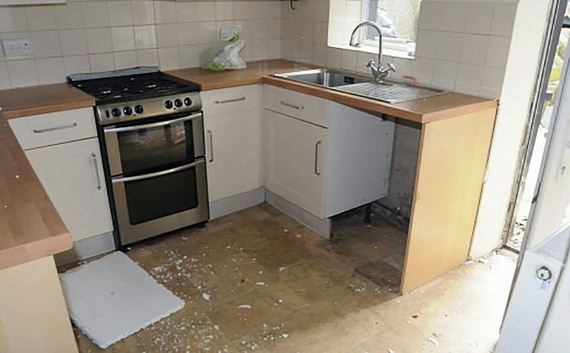 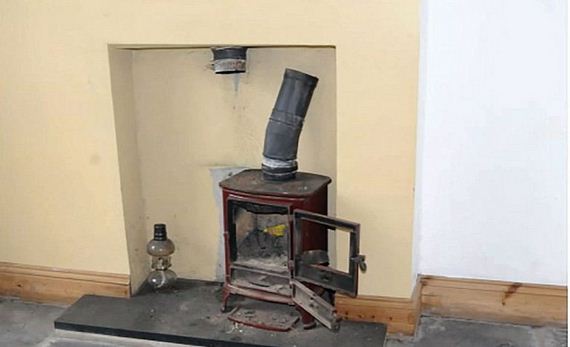 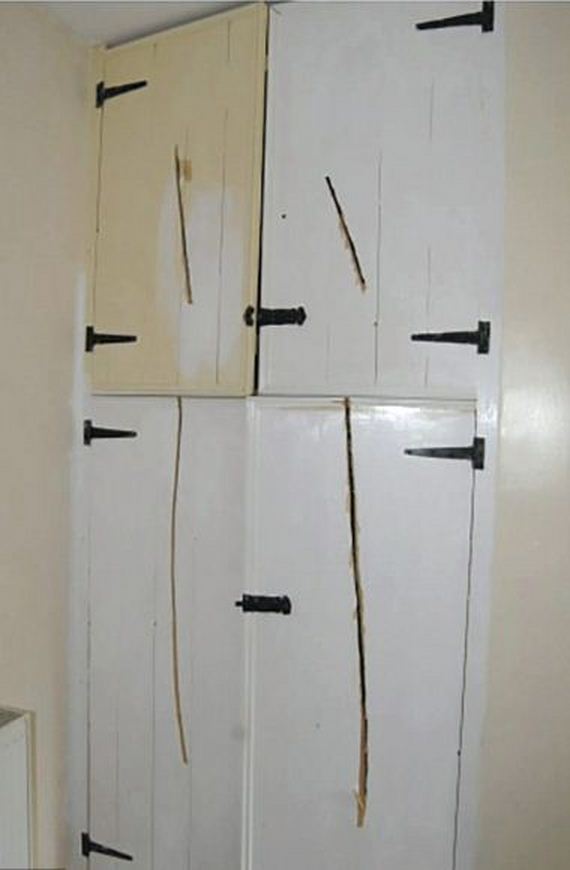 After the house was put in his wife’s name he went berserk and chopped it up with a chainsaw.
The father-of-two had been desperate for revenge and wanted to knock thousands off the value of the rural property after the collapse of the couple’s 14-year marriage.
During his £9,000 rampage, Brooks damaged the front and rear external doors to the property, three internal doors and an internal beam, two woodburning stoves, several cupboards and a fireplace. 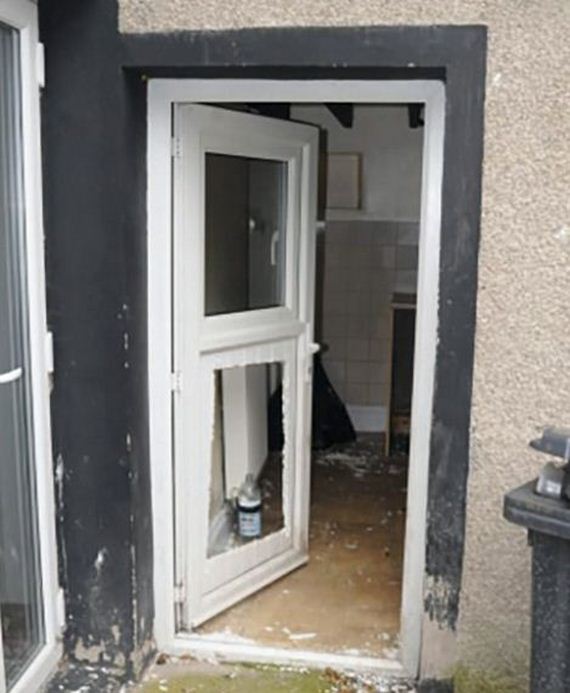 At Preston Crown Court, Brooks, now of Eccles, Greater Manchester pleaded guilty to criminal damage and was jailed for 46 weeks.
These pictures of the aftermath of the rampage were shown to Judge Jacqueline Beech, who sent him to prison.
She told him: ‘This was an act of revenge or retribution against your former wife who had the courage to leave the abusive relationship she was in with you’.
During the course of that relationship you were physically and emotionally abusive to her and you made her life a misery. 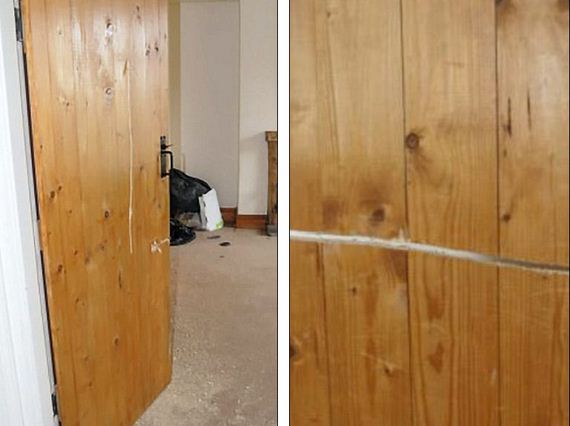 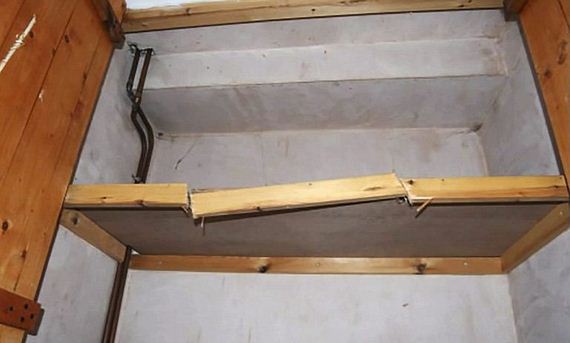 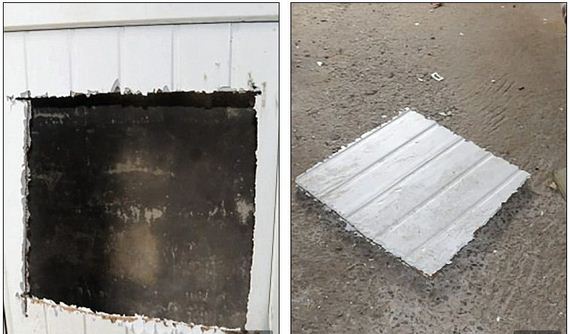 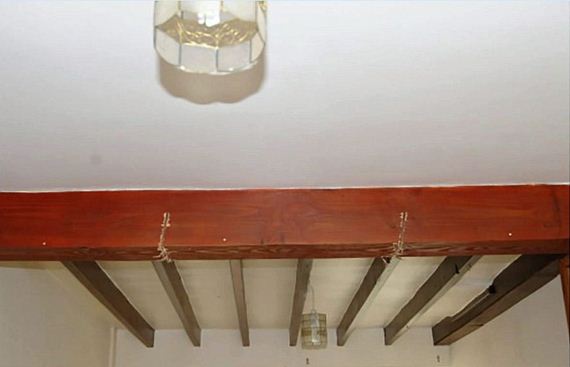 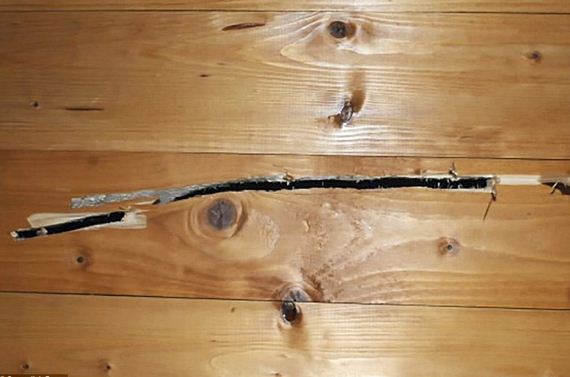 Brooks had been previously handed a restraining order in September 2012 following two offences of harassment and then two further charges of harassment where he received a community order. The court was told that he had been residing in Manchester with his new partner and his eldest son who he was tutoring in the run up to his GCSEs.
It is believed his younger son lives with his mother. In mitigation, Mr Alexander Langhorn asked for his sentence to be suspended and for him to be credited for his early plea. He said that upon leaving school at 16 Brooks had worked in a number of fields including mechanics before joining the Armed Forces serving with a distinction in a number of areas throughout the world.
But upon the birth of his second son he left and had worked as a landscape gardener. He added that his client had been ‘a positive role model’.
Mr Langhorn said: ‘He had been very much part of his children’s lives and wanted to do the best for them. He knows he has put them at risk. He has been tutoring his son throughout the year, he knows that anything he does now, any sentence he faces, the impact is not only on him but also on his family. It places a double weight.’
He added that he was ‘a hard worker and provider’ and that he had been involved in the community based Dalton Carnival. ‘He is a man who goes out of his way to help others.’ Brooks must also pay a victim surcharge of £100. The restraining order will run until further notice