We’ve talked about how undeniably creepy underwater statues can be, but most of those are just installations. They serve no more purpose than for the sake of art itself.

However, the story behind the giant crucifix under the waters of Lake Michigan holds a special meaning for the people of Petoskey. The structure has become a sacred tradition in the area for over 60 years.
In 1956, a tragic farming accident caused the death of 15-year-old Gerald Schipinski. Gerald’s family commissioned this huge, 11-foot crucifix statue from Italy. Unfortunately, it was badly damaged during its voyage, and the family no longer wanted it. 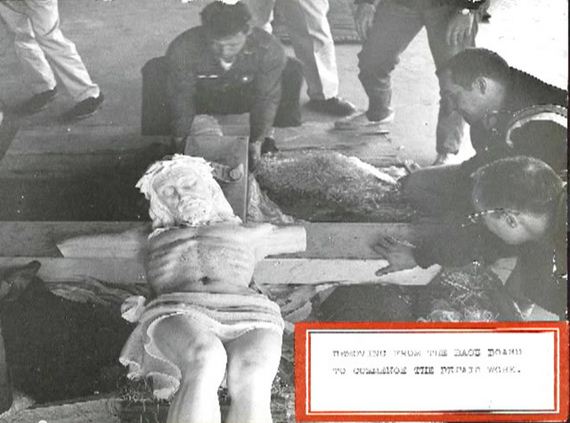 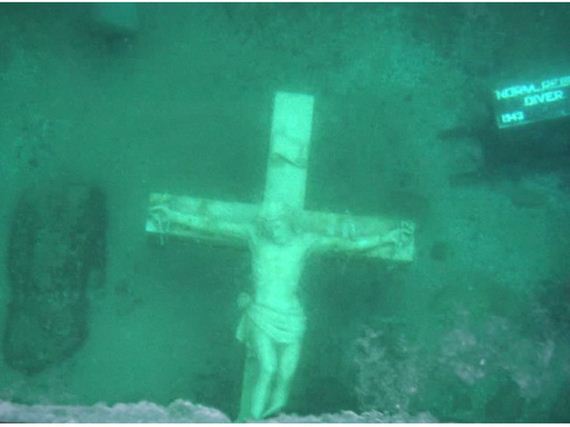 The original arm broke off and now sits on the desk of a photographer who was part of the original diving group. The statue was fixed and refurbished in 1985. 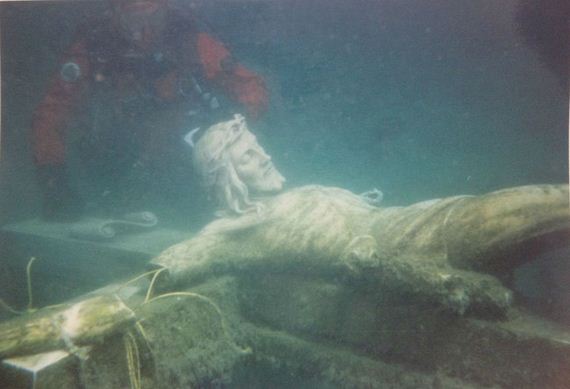 1986 was the first time the statue was publicly viewed during the winter months, when the lake is completely frozen. An average of 1,150 people trek across the ice every year to view the strange submerged statue through an etched-out hole. 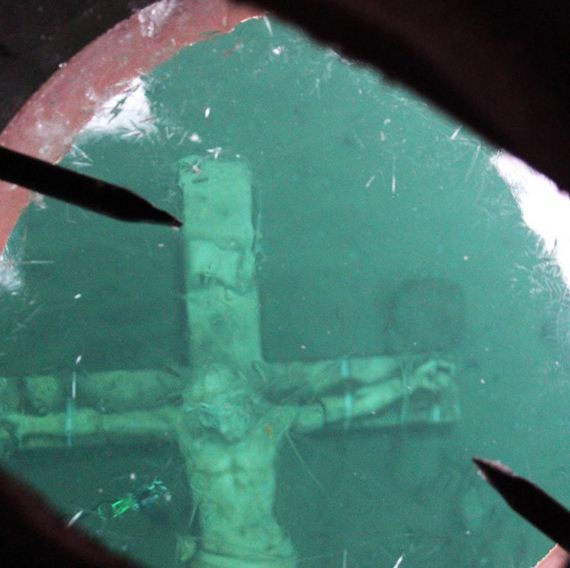 That’s a neat little display, but sometimes, the weather gets the best of it. In fact, this year is the first time the ice was hard enough for people to walk across. So get down there to Petoskey, Michigan, and see that lake Jesus!