When it comes to science, even some of the most seemingly small discoveries could have a huge impact. Something that may seem negligible or insignificant to the average layperson could actually have enormous scientific implications.

That’s certainly true when it comes to fossils or other remains of extinct animals. Any bone or other pieces of proof that a long-lost animal did, in fact, exist could be terrifically exciting to scientists.

When almost an entire skeleton of a massive, extinct animal is found, however, that’s huge! That was the case when one researcher stumbled upon this gigantic specimen in the middle of a remote Siberian beach…

In November 2017, Russian researchers found a what looked like bones protruding from the dirt on a Siberian beach. After some digging, it was discovered to actually be part of an entire skeleton. Upon first glance, it almost looked like the remains of a mythical monster. 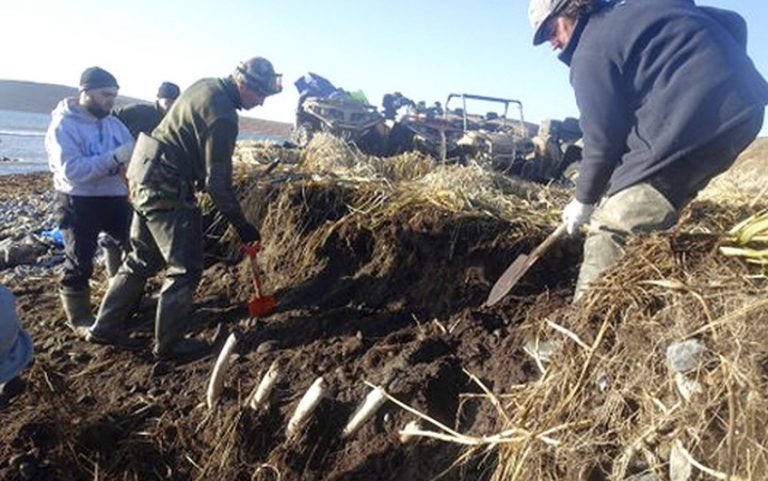 The discovery happened at the Komandorsky Nature Reserve, where Marina Shitova, a Russian researcher, once spotted wooly mammoth bones in the ground. Even more amazingly: this skeleton was left completely intact, which is extremely rare for something that size and age. 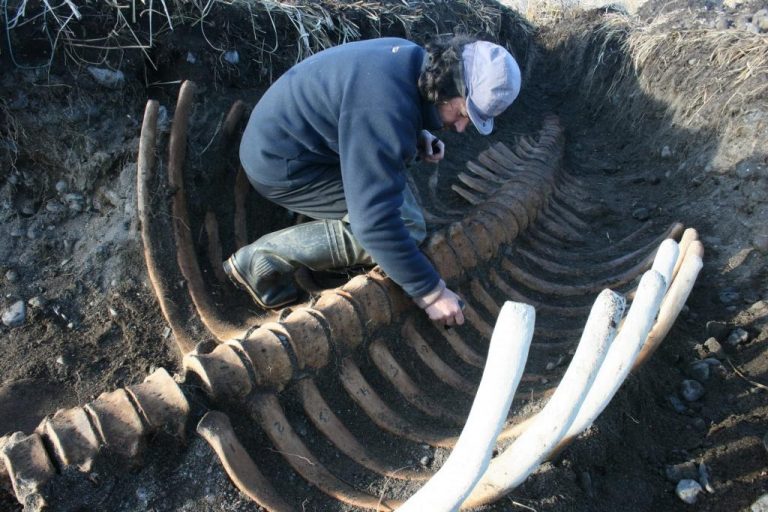 What could it have possibly been? Sea monsters, at least ones of that size, couldn’t actually be real… could they? Once the truth behind the bones became clear, they couldn’t believe what they had found… 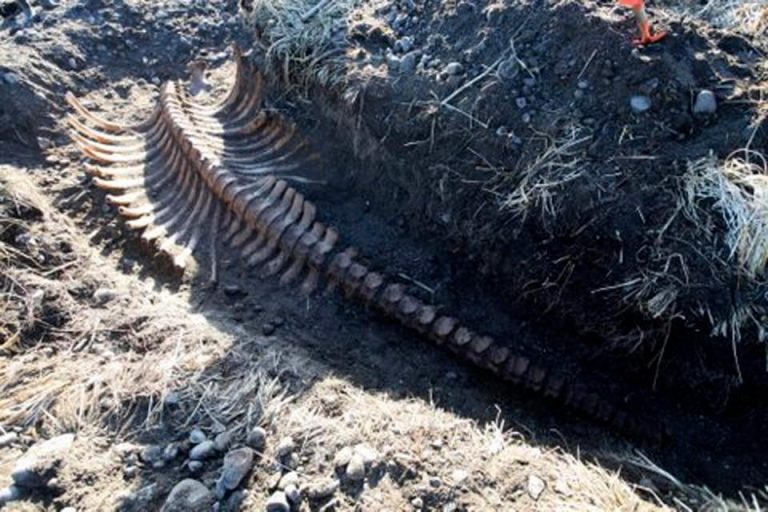 It was a Steller’s sea cow! With the scientific name of Hydrodamalis gigas, these beasts were actually quite populous not so long ago. They dominated the Commander Islands, a series of 17 islets and islands in Russia’s Arctic waters in the Bering Sea. 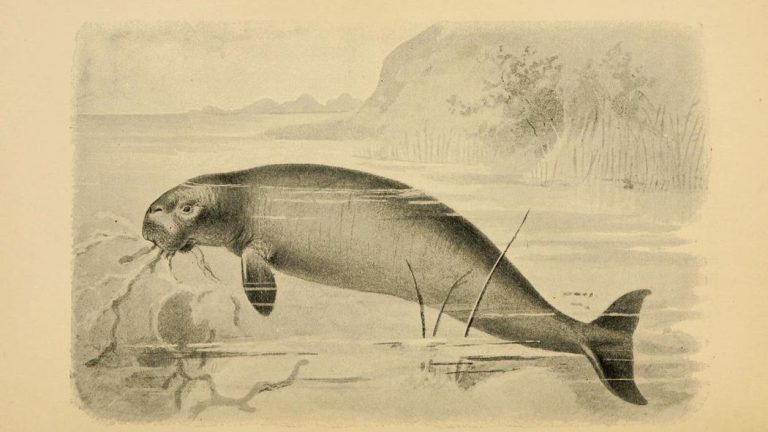 The exact date when the Steller’s sea cow became extinct is unknown, but experts believe it was some time around 1768. Because their hides and meat were so valuable, they were over-hunted until the end. 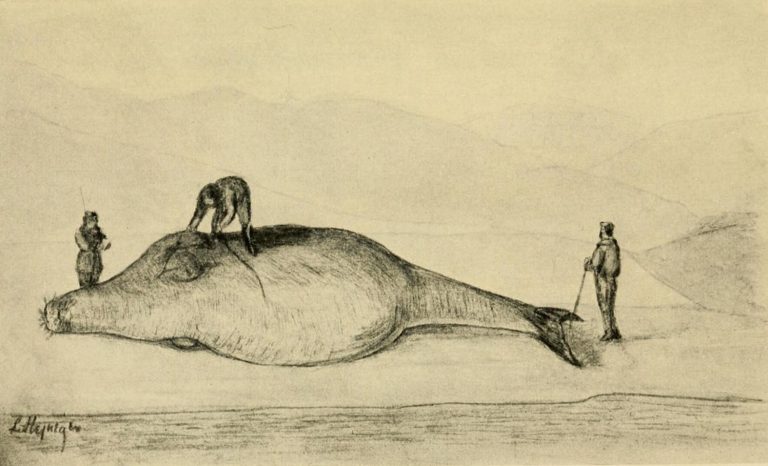 In fact, the Steller’s sea cow may have been the largest mammal of its day. All told, it took four hours and eight people to completely exhume this skeleton. Even without a number of vertebrae and parts of the skull, the remains reached 17 feet! Adult Steller’s sea cows could actually reach up to 25 feet in length and weigh anywhere from eight to 10 tons.

One might think that such a large animal, known as a megafauna, would have been restricted to prehistoric times. As unfortunate as it is that Steller’s sea cows died out, it’s amazing that they made it as far as they did. 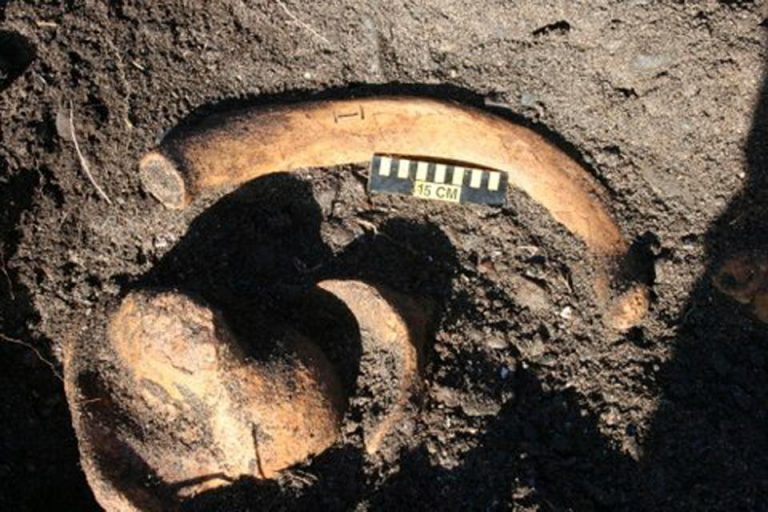 Steller’s sea cows were also special because they were among the few animals that actively mourned their dead. Almost all of the information about these amazing creatures come from fossil remains and 18th-century manuscripts. 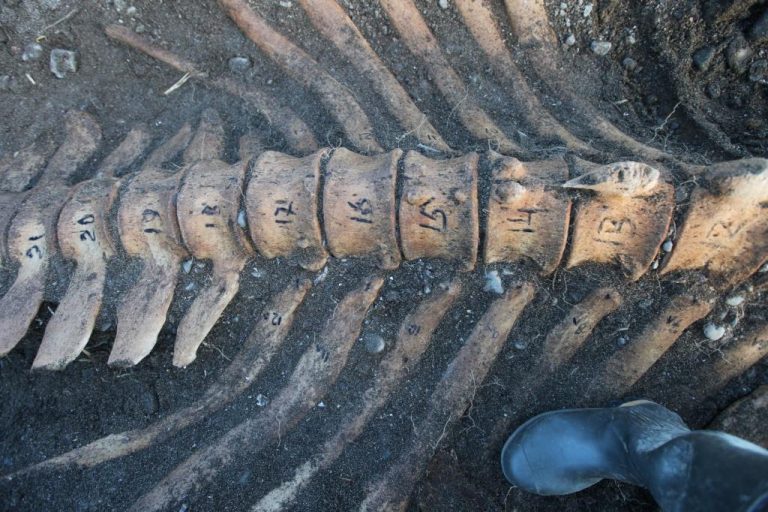 These special sea cows received their name from Georg Steller, an 18th-century naturalist who was the first to describe the animal. In fact, his findings are still extremely important to modern studies of these incredible creatures. 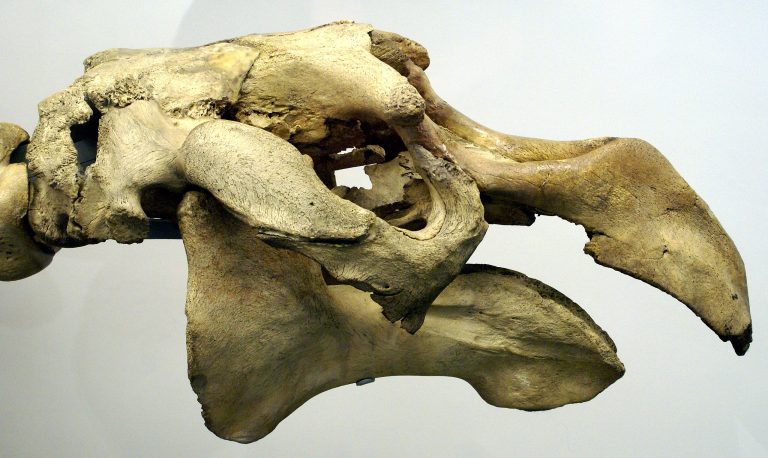 Tragic as it may be that they are gone, hopefully discoveries like the one on that Siberian beach will help us learn more about these long-lost creatures! After all, they were pretty remarkable animals. 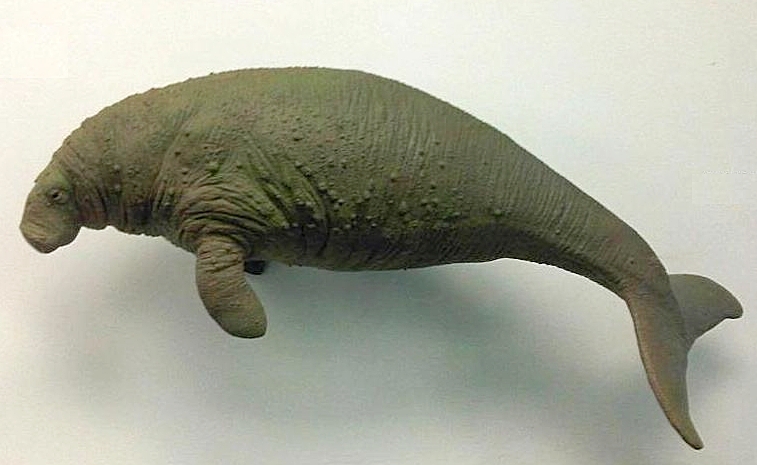 It’s difficult to fathom how exciting this discovery must be to scientists. The Steller’s sea cow may be extinct, but their legacy lives on!