This is the strange story about a strange animal in an even stranger place. The photo below was taken at a real place in the South Pacific, near the eastern coast of Australia. It’s called Ball’s Pyramid, and it looks like a castle rising out from the sea. It’s actually the remains of an ancient volcano. 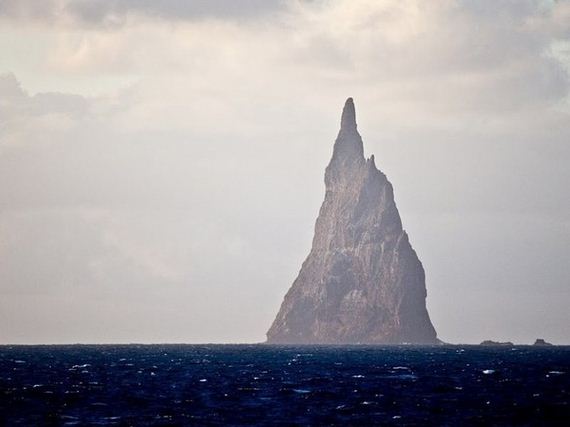 Yes, this place is real.

It looks like the epitome of an inhospitable climate, but this strange place was the site of the resurrection of an entire species. 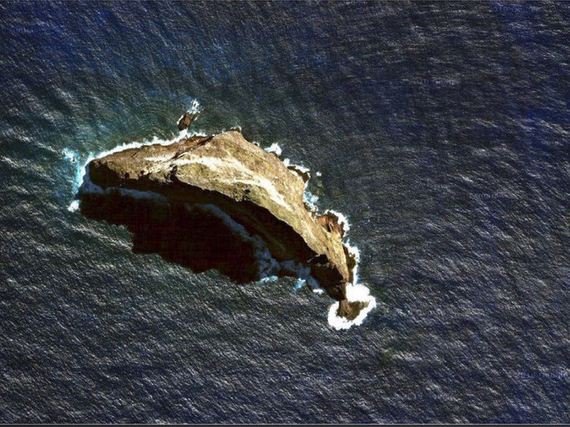 Ball’s Pyramid as seen by satellite.

First, some history: On nearby Lord Howe Island (about 13 miles away) lived a big, ungainly bug. It was a type of stick bug and could reach a size of 12 centimeters with its shiny black exoskeleton. European settlers named it the “tree lobster” because that’s what it looked like. It was harmless, if not very attractive.

In 1918, a ship ran aground on the island. The ship was eventually repaired, but not before some of its rats escaped. With no natural predators on the island and an abundance of delicious tree lobsters, the rats quickly settled in. In two years’ time, there were no tree lobsters left.

Or at least we thought so… 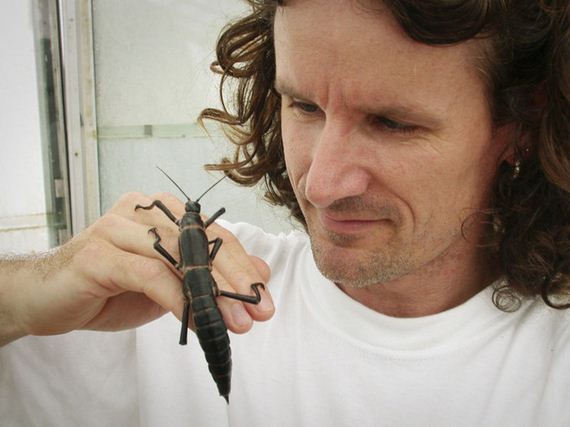 The bugs are intimidating because of their size, but are completely harmless and even kind of friendly.

However, in 2001, two scientists, David Priddel and Nicholas Carlile, and their assistants decided to check out Ball’s Pyramid. Since the 1960s, climbers there had reported seeing evidence of the tree lobsters. However, there was no proof at the time.

The team scaled the rocky cliffs of Ball’s Pyramid—no easy task by day, but they also climbed at night, since tree lobsters are nocturnal. Their searching finally paid off. They found 24 living tree lobsters, in their enormous glory, clustered around one of the few, spindly bushes growing on Ball’s Pyramid.

“It felt like stepping back into the Jurassic age, when insects ruled the world,” Carlile said. 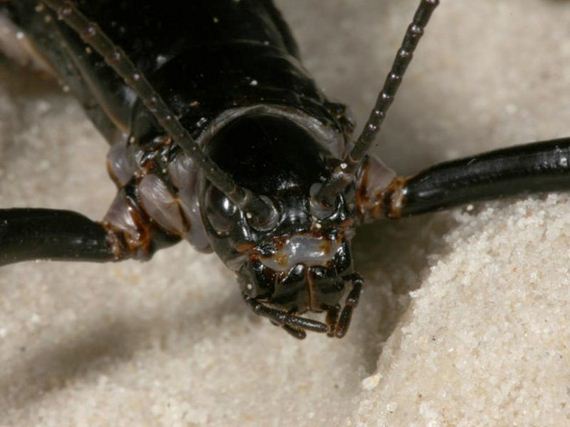 No one was sure how they got to Ball’s Pyramid. They might have hitched rides on birds, or stowed away on boats. Yet there they were, chilling on their bush in the middle of nowhere.

After some deliberation about moving them, four of the insects, two males and two females, were taken off the island and brought to Australia. One pair died, but the pair at the Melbourne Zoo, nicknamed Adam and Eve, apparently hit it off and soon, Eve started laying eggs. Though there was a scare when she got sick, she recovered, and the stick bug population began to take off. By 2008, there were 700 adults and 11,000 eggs. Scientists also noticed that unlike other bugs, tree lobsters like to pair off, and even sleep cuddled up to their mating partner. 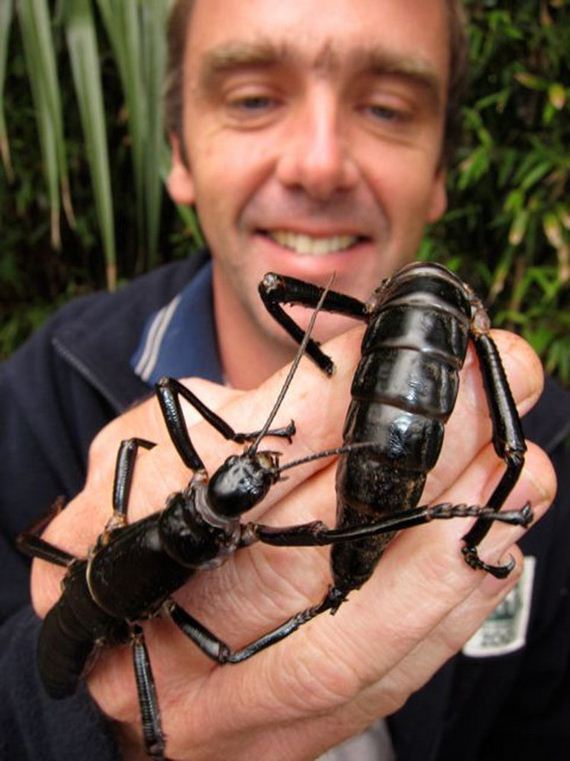 Don’t you want to cuddle with these guys?

Currently, there are tentative plans to release the tree lobsters back on Lord Howe Island. However, there are several issues. First of all, the rats are still there, so they’d have to be removed. Also, the residents of Lord Howe Island are a little less than keen on the prospect of these giant, prehistoric-looking stickbugs showing up in their yards and homes. As a result of the latter, there’s actually a PR campaign in the works that aims to make people feel a little more welcoming of tree lobsters. They might not be the cutest creatures out there, but hopefully they’ll soon start thriving in a natural habitat.