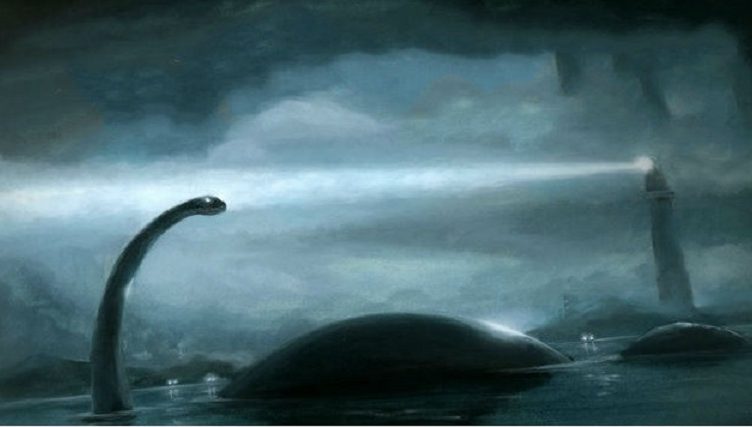 The Loch Ness Monster has drawn countless tourists to the Scottish Highlands over the years, eager to see if they can get a glimpse of “Nessie.” Despite the most famous photo of this sea creature being a proven hoax, sightings continue until today.

Loch Ness isn’t the only place where a plesiosaur-like creature has been spotted. In Okanagan Lake, British Columbia, Canada, reports of a similar sea creature called “Ogopogo” have gained notoriety over the years. Fake or not, you never quite know what could be under the water.
Kraken 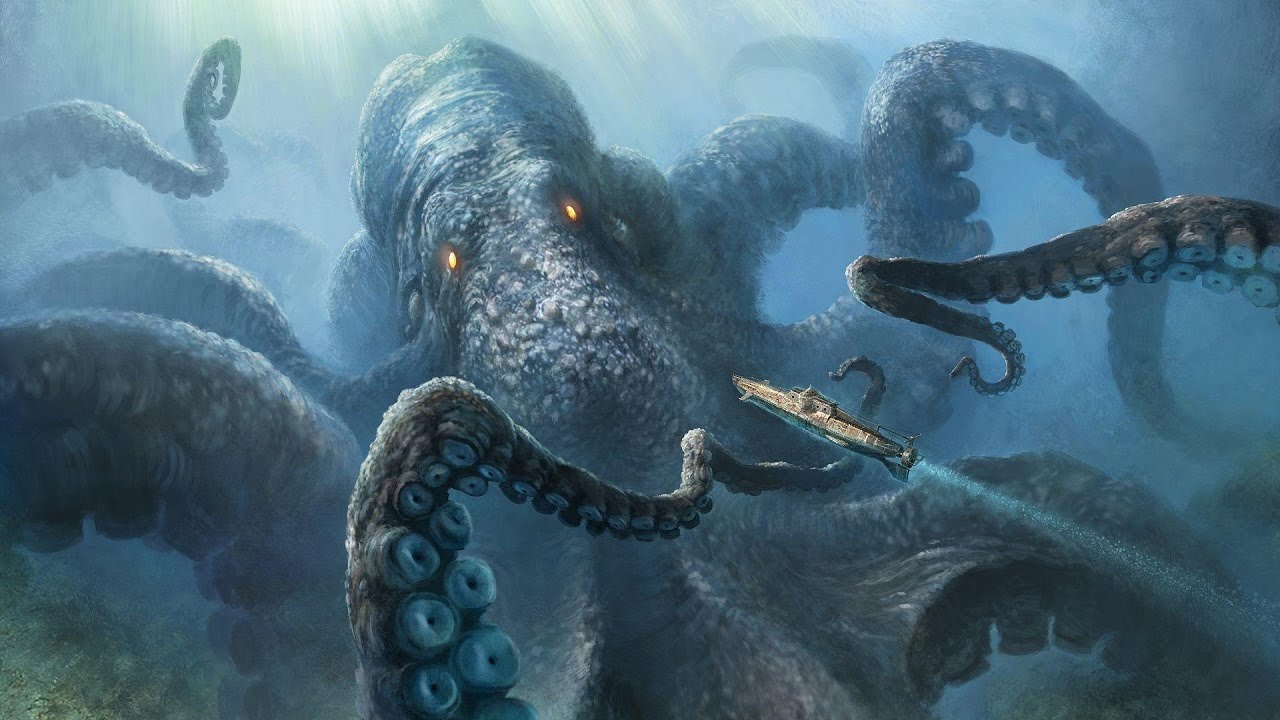 Speaking of water, the next monster on this list is the enormous Kraken- a giant octopus or squid-like creature. Sailors have reported seeing this monster since time immemorial. It is apparently so large that it drags entire boats under the sea.

Its existence is of course, unconfirmed. As stared above however, we never know what could be under the water. The vast majority of our oceans haven’t been explored and it’s quite plausible that a truly “giant” giant squid is out there in the dark, waiting…
Cyclops 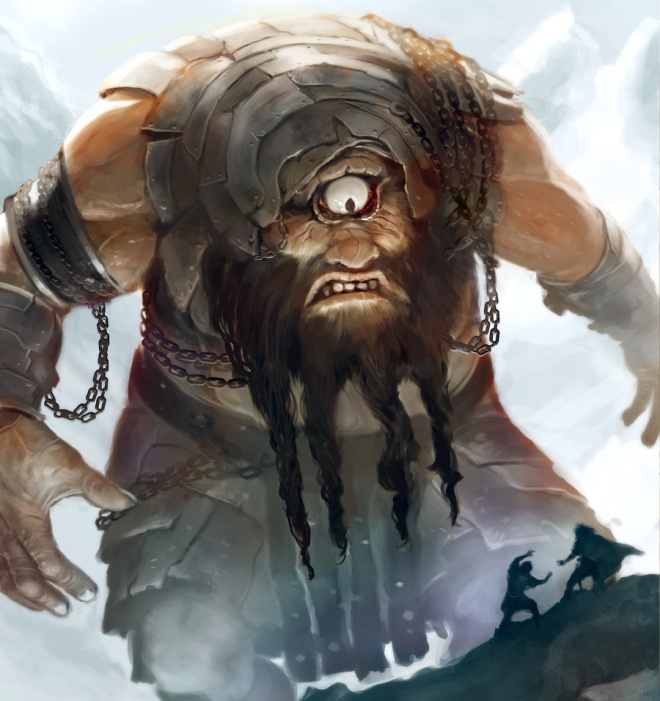 Everyone has heard of these mythical one-eyed monsters (insert dirty joke here). Cyclops are depicted in a number of ways, sometimes horned and animal-like, others almost human.

What they all have in common is their large size, impressive strength, aren’t too bright and hunger for human flesh.

Sometimes, animals have been scene with only one large eye, but these are genetic defects. We have yet to see anything like the monster above.
Yeti 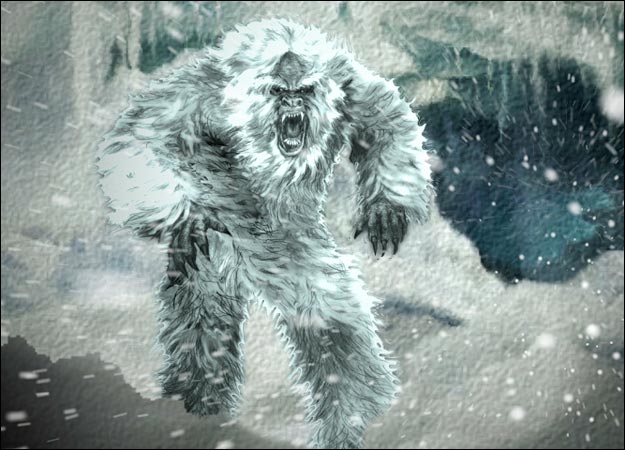 Yetis are spotted in the mountains of Nepal and Tibet. These huge, bipedal beasts are said to kill lost explorers, Sherpas and anything that gets to close.

In North America this monster is known by other names like Bigfoot Skunk Ape and the Abominable Snow Man. The descriptions of a large ape-like beast remain the same, No solid evidence of these elusive and solitary monsters exists, but rumours persist.
Cerberus 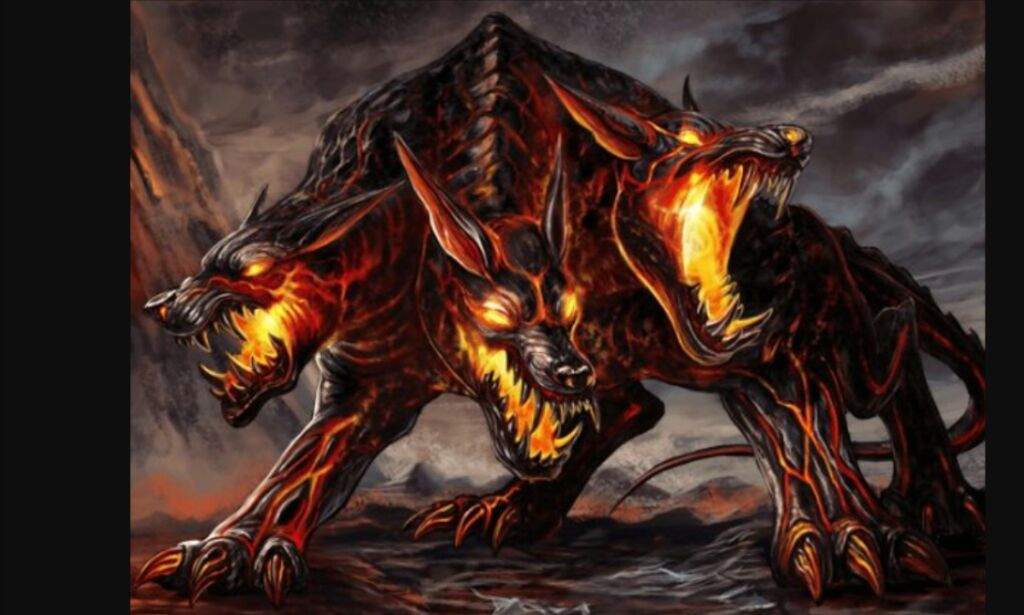 This huge and terrifying three-headed dog guards the gates of the Underworld and makes sure the dead to escape. Hades doesn’t need any home security or “beware of dog” signs posted with a menacing pet like this. Certain descriptions of Cerberus describe it having snakes protruding from its body and even a large serpent as a tail.

The ancient Greeks weren’t the only monster dog lovers, either. In Norse mythology, there is a similar creature, a giant wolf named Fenrir. Fenrir is no slouch either. During the end times (Ragnarok) Fenrir will supposedly kill the god Odin, destroy much of the world and eat the sun and moon. Nice doggy.
Minotaur 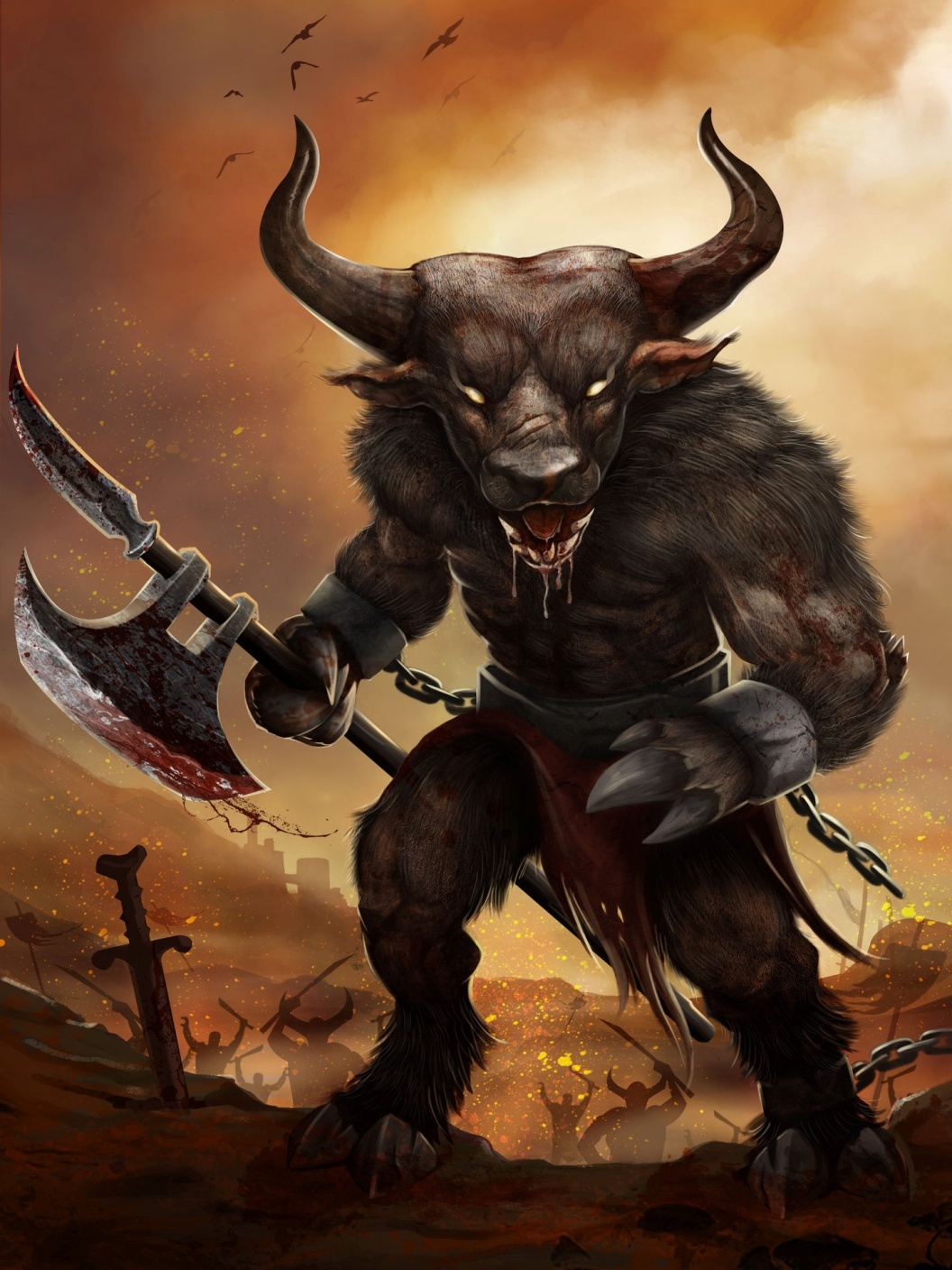 The mythical bull monster that roams the labyrinth under the palace of King Minos on the island of Crete. If you got on King Minos’ bad side, you were sent down below, praying to the gods you wouldn’t run into this killer beast. Anyone sent to the labyrinth was essentially a human sacrifice.

It’s easy to see why ancient Greek myths are still with us today when they could think of bad ass monsters like this.
Dragons 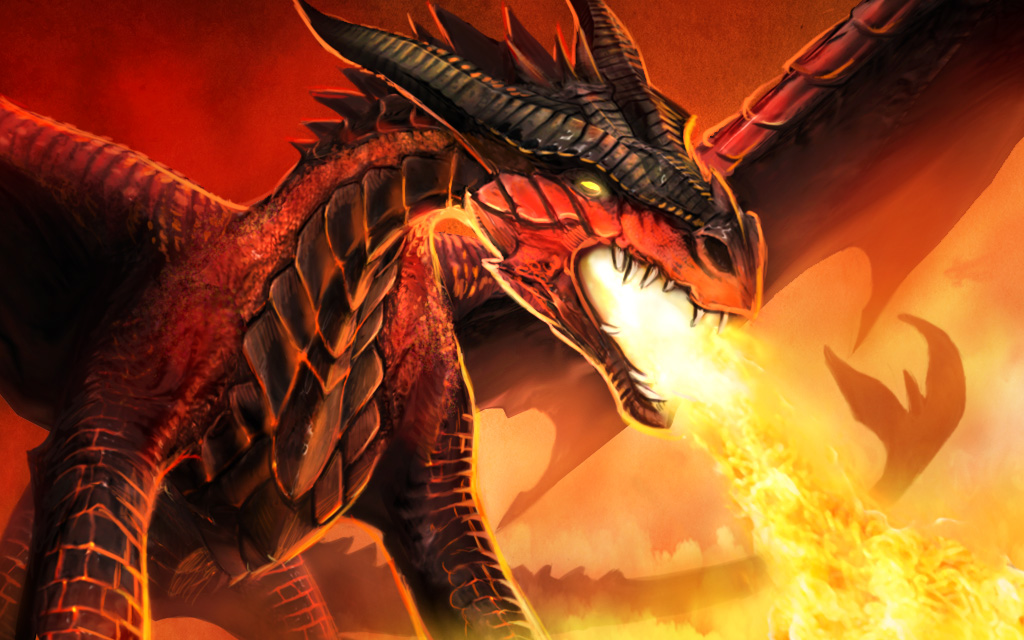 Myths of dragons have been around for thousands of years and stories of them exist all over the world. Different cultures often give these monsters different characteristics but they are always large, fierce, majestic, wise and almost magical.

The most well-known dragons are those of the flying and fire-breathing variety. Stories of medieval knights fighting the dragon in order to save a lovely woman and get to the gold the dragon hoards. Sometimes these dragons talk. In other cultures, dragons are said to bring rain and good fortune. They’ve even been worshipped as gods.

To understand what makes these monsters so legendary, just watch some episodes of Game of Thrones. Dracarys!

Isn’t it weird that even though it has been proven time and time again that most of the...

We all have a strong survival instinct, one that kicks in the moment that we sense danger. For some...

It has been almost 70 years since Disney released the Cinderella animated film. It shouldn’t come...

“Stop talking!”, “Look forward!”, “Put this cardboard box with a hole cut in the front on your head...

Anyone who has ever taken public transport to go somewhere will tell you that it’s a place where...