What was once land 10,000 years ago could now be completely submerged underwater thanks to rising sea levels. What will happen 10,000 years from now? Perhaps everything we hold dear will be preserved under the sea like the lost city of Atlantis. (This could actually happen sooner because of the whole global warming thing.)

Recently, divers observed a submerged cave near the Caribbean Sea on Mexico’s Yucatan Peninsula and found something they did not expect: the skull of a human being from 10,000 years ago. If the age is confirmed, this skull would technically be the oldest discovered remains of an American human being.


The divers were there to examine the remains of some prehistoric animals that lie deep in this underwater cave. They were surprised, however, to find what is clearly an ancient human skull alongside the animals. 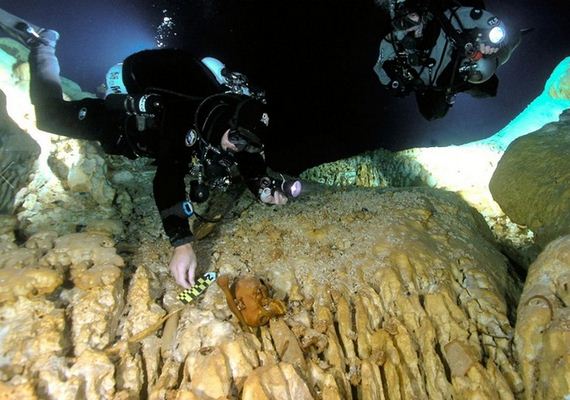 The skull was found nearby the skeleton of a 20 foot mastodon and a prehistoric bear. Paleontologists are still questioning why the remains of the three are so close, and how they even ended up in the cave. 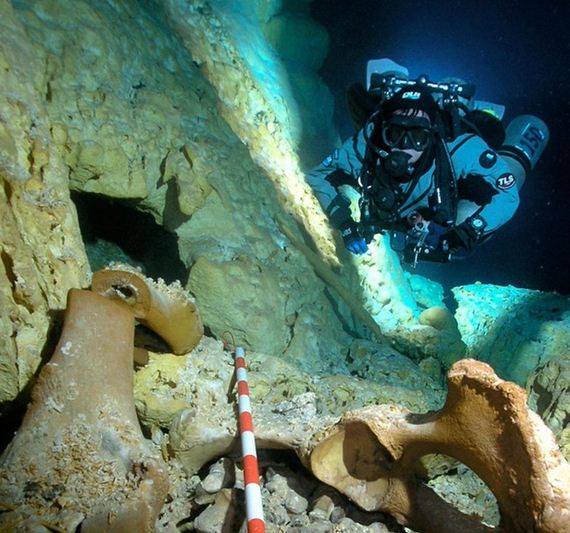 Were they all roommates? I hope so.

The mystery isn’t made any clearer by the fact that the cave opening can’t practically fit a fully grown mastodon like this one. Experts predict humans had killed and cut up the prehistoric pachyderm for food and clothing. 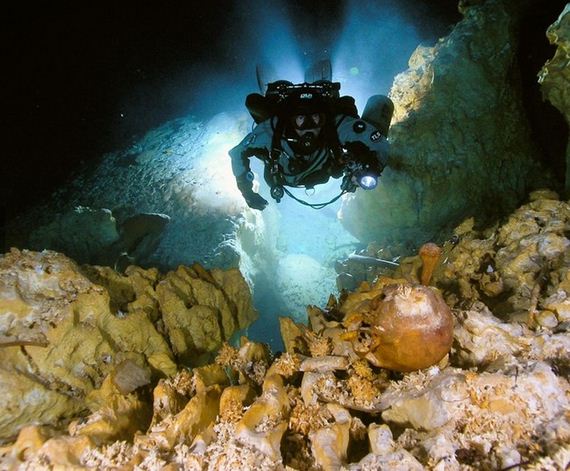 Or this ancient human threw some pretty bangin’ parties.