If you’ve ever been through a breakup, then you’ve likely done something distracting to cope with your sadness. This could be anything from writing a cliche poem to drinking your feelings away. We’re not here to judge; we’ve all been there, and we all eventually move on.

However, some of us take a bit longer to move past our newly single status, and deal with being alone in ways that might seem odd to others. Such is the case for Florida’s Edward Leedskalnin, who spent nearly three decades getting over his former fiancee by building the most beautiful and bizarre creation.

This is Coral Castle, a series of structures Edward Leedskalnin created over a 28-year period. 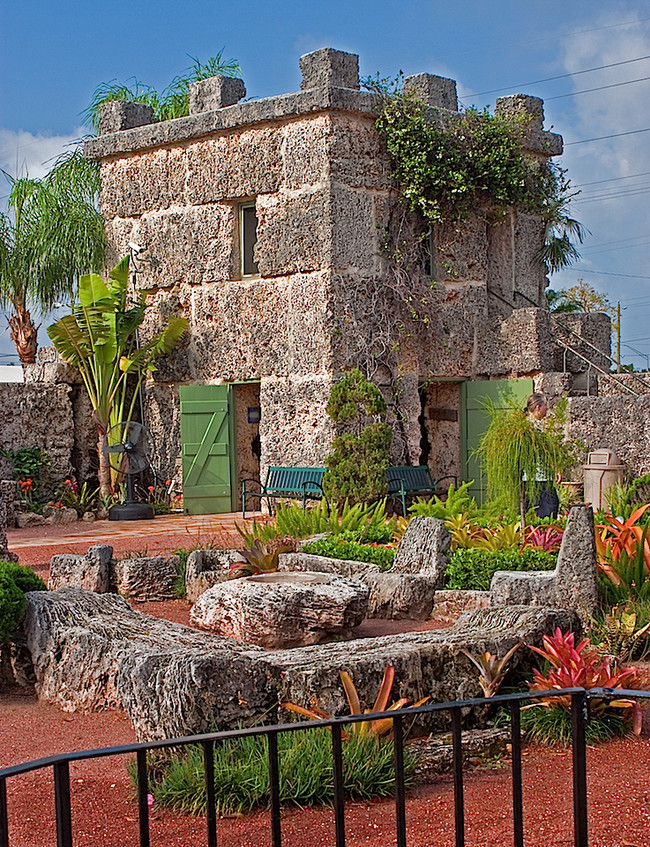 Originally from Latvia, Leedskalnin was abandoned by his then-fiancee on the day before their wedding. He then made his way to America and came down with tuberculosis. When he arrived in Florida, Leedskalnin bought a parcel of land and got to work on what he then called Rock Gate Park, now commonly known as Coral Castle.

No one really knows how Leedskalnin built Coral Castle. 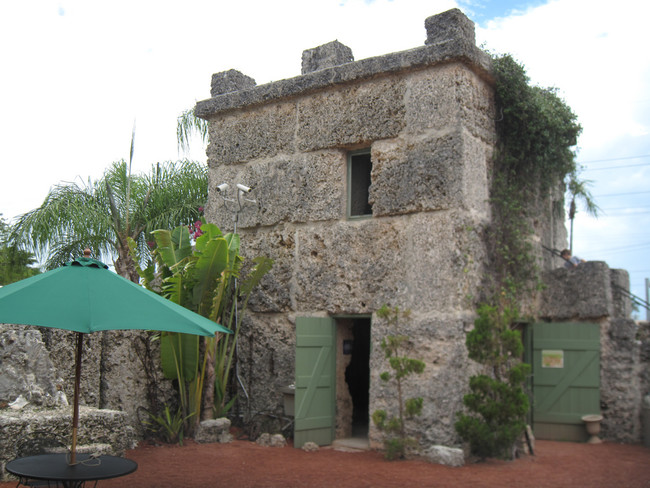 The castle is actually made from a type of limestone that is often found near fossils and/or coral. The castle and all its structures weigh a whopping 1,000 tons. Despite the weight, Leedskalnin moved the structures from several locations over the years, before finally settling in Miami in 1936. When asked how the castle was built, Leedskalnin would often give various misleading or ridiculous answers and claim that it was, “not difficult if you know how.”

Like the rest of the castle, the entrance gate is a true miracle of engineering. 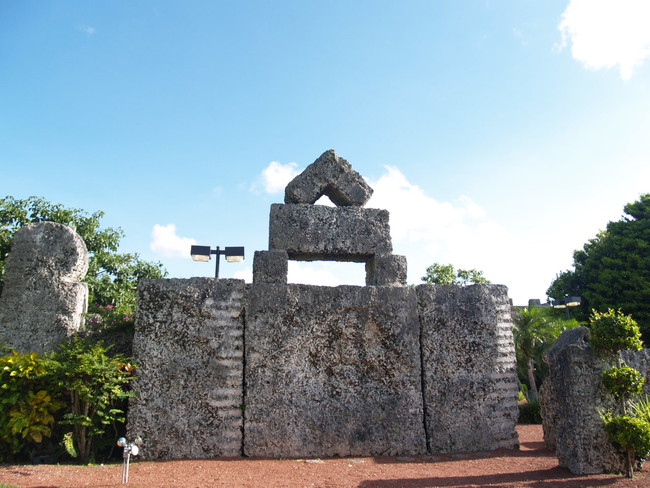 The entrance gate to the castle weighs many tons, but can be opened with a soft touch. For years, visitors had no idea how such a heavy object could be moved with such little force. Engineers eventually discovered that the gate rested on an automotive bearing, which moved the massively heavy door back and forth without a problem.

The castle grounds include a variety of sculptures, also made by Leedskalnin. 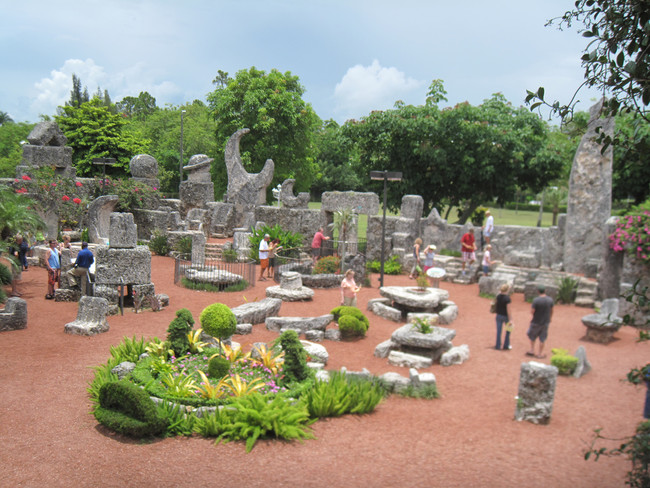 Leedskalnin was not an expert sculptor by any means, but his sculptures give a fittingly somber tone to his castle.

Leedskalnin also wrote a number of books and proposed quite a few odd medical and philosophical theories. 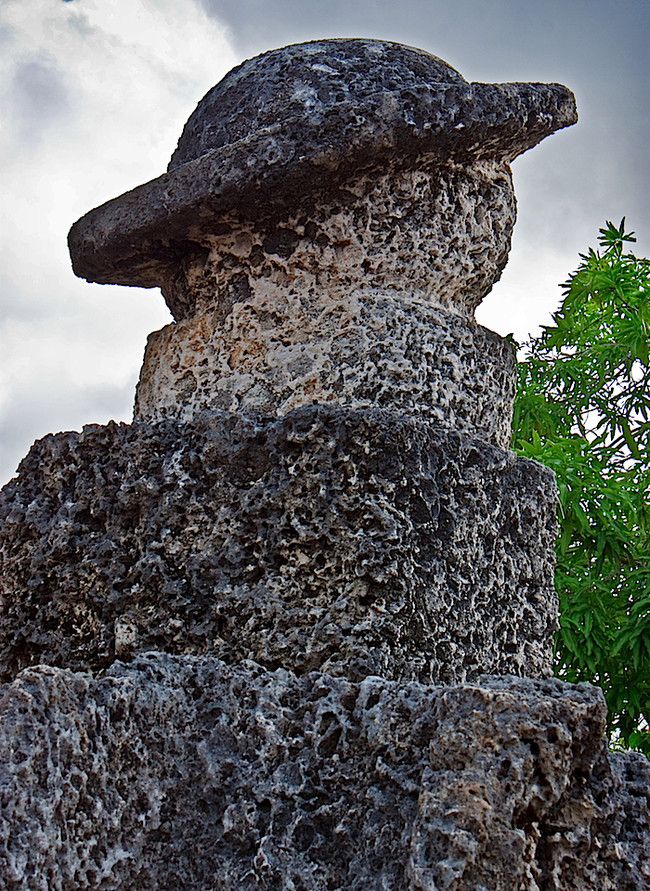 He believed his tuberculosis was made better through the power of magnetism, and wrote several theories about using magnets and electricity for healing purposes. Leedskalnin also wrote a book on moral education and the need to keep young girls, “chaste and faithful.” However, it could be argued that these bizarre writings were part of his traumatic breakup, just like the castle.

Edward Leedskalnin lived in the castle, and died during its construction. 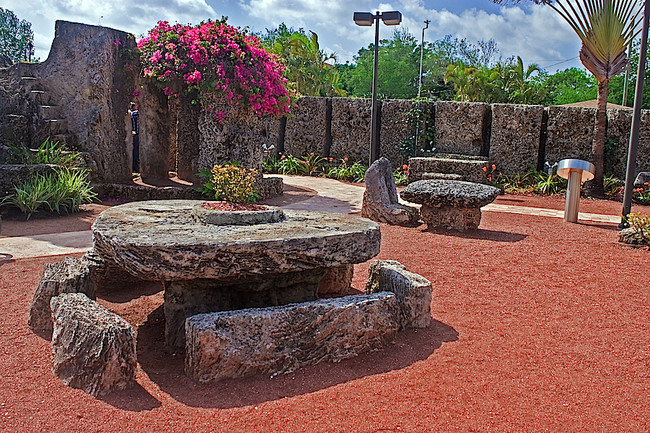 Though he died of a kidney infection in 1951, Leedskalnin was still hard at work at perfecting this monument to his “Sweet Sixteen” — reportedly the woman who jilted him in Latvia. Before his death, Leedskalnin greeted visitors from the second floor of the castle and asked them to contribute 10 cents as an entrance fee to see his hard work. 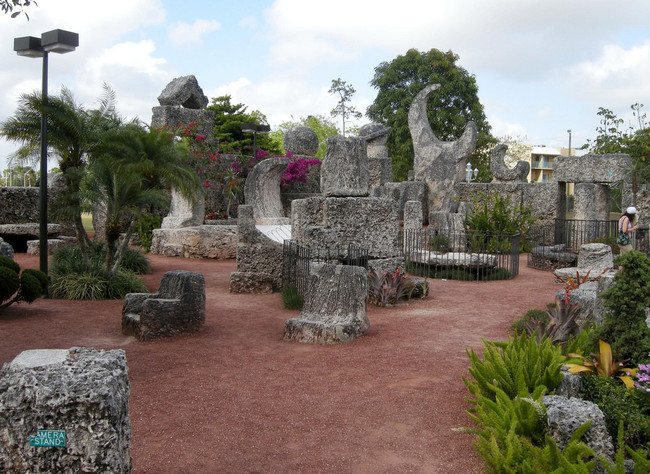 After Leedskalnin’s death, the castle changed hands several times until a company came in and made it a tourist attraction. The castle today is more or less in the condition Leedskalnin left it in before he died. It’s recognized today as a small but important part of South Florida’s history.

Signs from the castle’s original construction are still affixed to the walls. 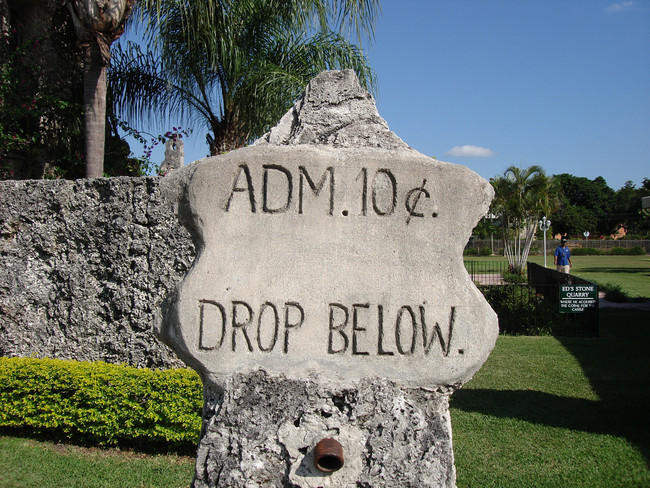 I think it’s safe to assume that admission’s gone up over the years.

Spending 28 years on building a castle with your own hands takes focus and dedication. Imagine what Edward Leedskalnin could have done in that time if he moved on and met someone else. Sure, he wouldn’t have created such a wonderful work of living art, but at least he also wouldn’t have been so heartbroken. He really must have been affected by his breakup!