If you take a walk around New York City’s East Village, you might notice that the lamp-posts, stoops, and walls are covered in crazy, colorful mosaics made with fragments of ceramic and glass. Some spell out messages or create images, and some are more abstract designs. They lend a distinctive character to the area’s already artsy atmosphere. So are these part of a clever beautification project?

They’re actually the work of a single man — one Jim Power — who’s been living and working in the area for 34 years. He collects broken bits of china and glass and cements them to lamp-posts, walls, and whatever else he can. His art brings some much-needed color to the city.

Power created this mosaic outside a former cafe on St. Mark’s Place. 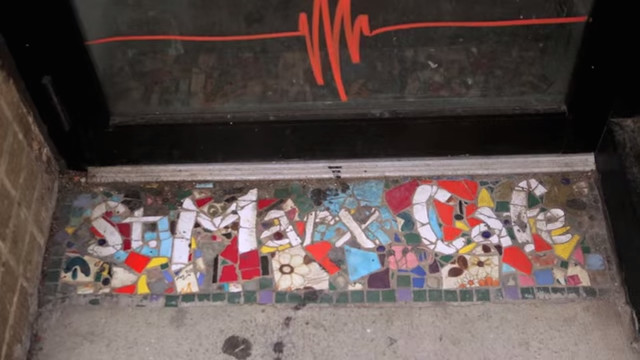 As businesses come and go, the mosaics remain. They give visitors a little insight into the neighborhood’s rich history. 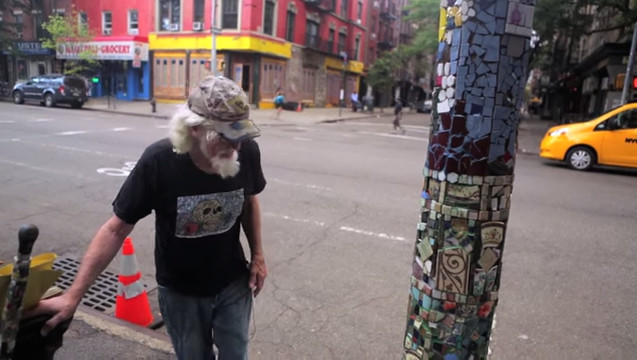 Power sees his mosaics as a way of bringing character to the neighborhood, which is already known for its counterculture music and art movements. As neighborhoods and populations change, though, Power fears that his life’s work may be destroyed.

He’s nervous about the area losing its character through gentrification. So far, though, the mosaics have been kept as they are.

Power scours the city for fragments to incorporate into his art. Some of them have surprising detail and beauty. 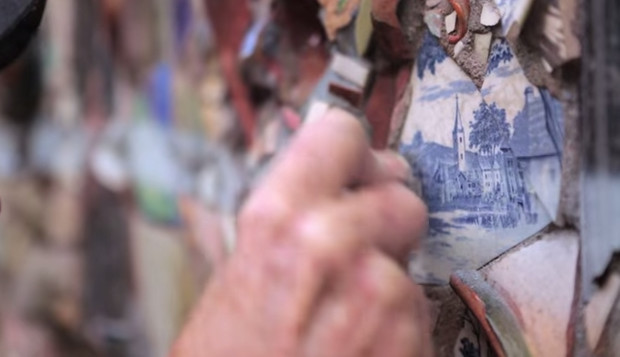 Many of his mosaics reference the East Village’s signature art and music culture. Others are dedicated to the city’s workers, including the FDNY. 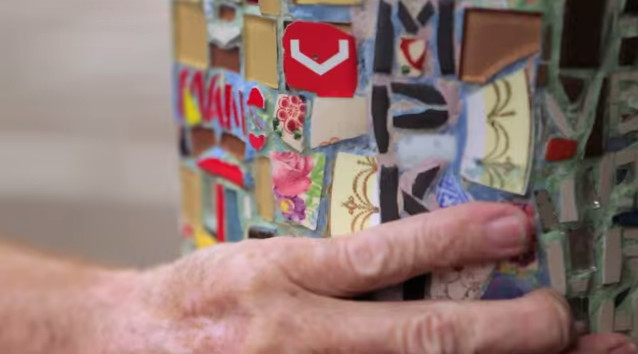 Power travels the area with his dog to check on his art pieces. He cleans and repairs them as needed. 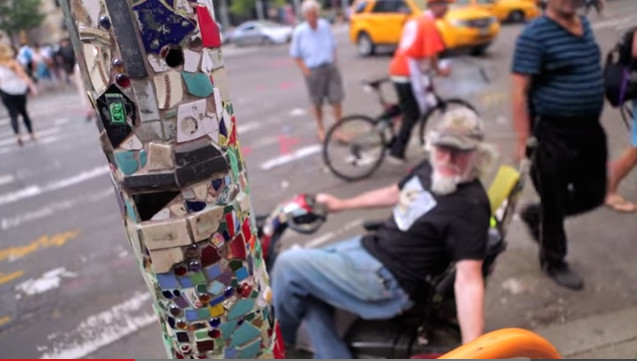 Power’s main goal is to create a space where people can appreciate the art and beauty all around them, and to celebrate the creativity of his fellow East Villagers. He also sees it as a way to give back to the city he loves.

“The people in the Village love this art,” he says. “When you go to the Empire State Building, you look at it and walk away from it. When you come to the East Village, you walk through the art. It’s a museum all around.” 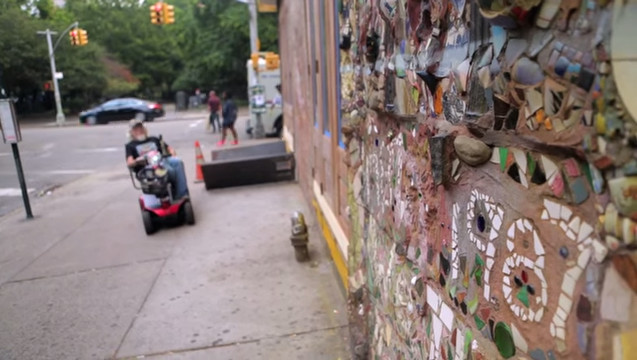 He really enjoys his work. 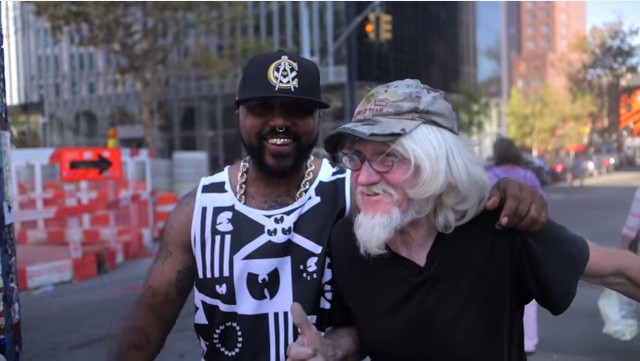 Here’s a look at Power and his views on preserving the character of the East Village. (Oh, and did we mention how adorable his dog is?)

Just like so much street art, many people don’t know the story behind the East Village mosaics. Though this gives them an air of mystery, getting to know their history and meaning makes them so much more delightful — and important. This knowledge would bring more people together to ensure that these amazing mosaics are never lost to gentrification.

If you’re in the East Village around Astor Place, be sure to keep an eye out for these creative, unique mosaics!