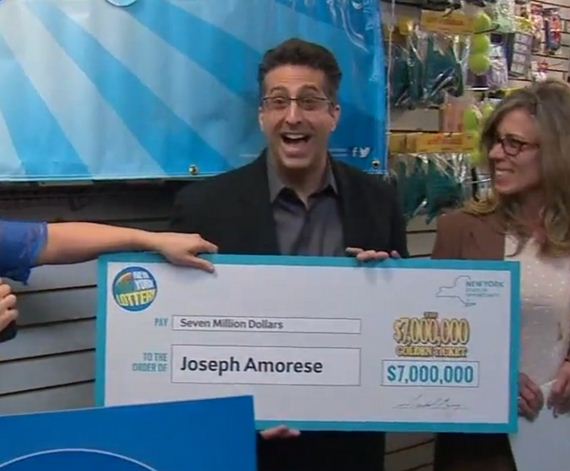 A man who received a get-well card from his father while recovering from surgery will be feeling a whole lot better after he won $7 (£4.7) million on a lottery ticket tucked inside.

Joseph Amorese, 46, received the card from his father while recovering from an operation in Easton, Pennsylvania.

When he opened it, he found a lottery ticket and scratched away… to find he’d won $7 million.

‘Honey, I think we won $7 million,’ Mr. Amorese recalls telling his wife on the phone, to stunned silence.