Everyone assumes that Grant and his brother are twins because the two of them are almost exactly the same size. However, nothing can be further from the truth. While his brother is one year old, Grant is six, yet the two are the same height. This is because Grant has dwarfism, which causes him to be much smaller than his peers.

Grant and his brother. From behind, you might not know that they were five years apart. 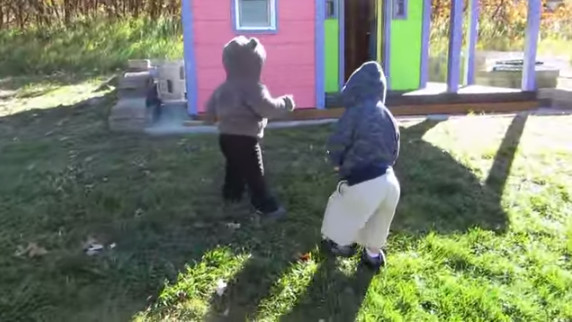 Having dwarfism means that Grant is faced with a unique set of challenges, both physically and socially, and even at six, he’s very aware of that. Yet instead of hiding, Grant decided to speak directly to everyone about his condition, and how people can be more sensitive to those with dwarfism. With some help from his parents, he released an incredible video with a beautiful message.

Grant and his family hope that this video helps people better understand what it’s like to have dwarfism. They also hope that it helps people remember not to judge others who seem different from themselves. After all, they’re probably not really so different in the end. In fact, as Grant says, they could be your next best friend!