We’re amazed by the tininess of the homes you’re about to see. These tiny cubicles look like they could be bunks on an old ship or in some kind of post-apocalyptic bunker.

But they’re neither. These little cubes of personal space are actually “rooms” in a guesthouse designed specifically for backpackers in Japan, a place known for its space efficiency in the form of capsule hotels. When we say they’re no-frills, we mean it. They don’t even have windows or a door, just a curtain at the entrance off a long hallway of identical plywood boxes.


The privacy issue doesn’t stop people from staying in them, and that’s what fascinated photographer Won Kim, creator of the series Enclosed: Living Small. 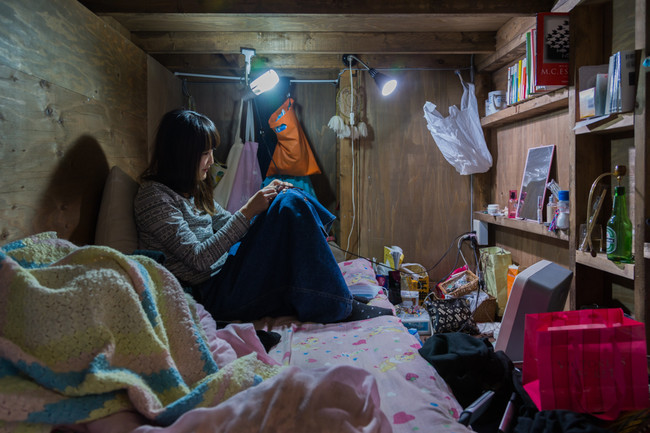 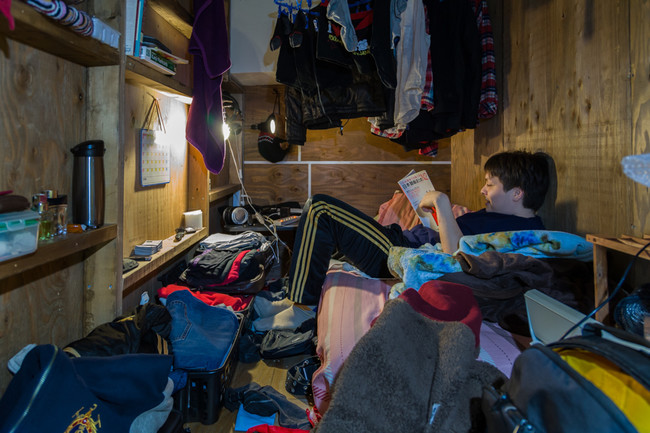 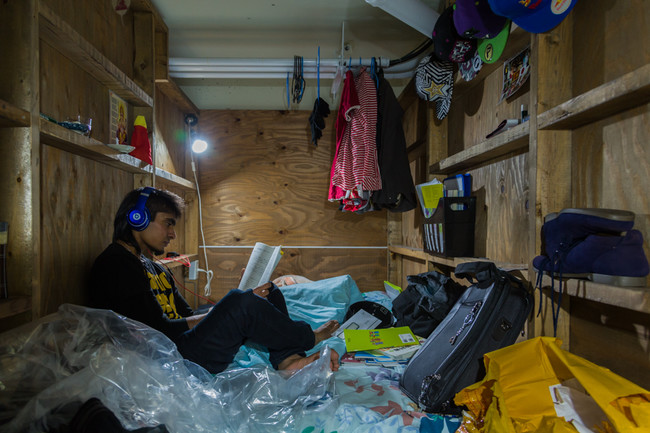 Kim said that in his experience, he found that the spaces were comforting, rather than claustrophobic, and described them as “womb-like.” He also found that even in such small, bare-bones quarters, the residents managed to make the most of their spaces, and that their spaces reflected their personalities and circumstances. 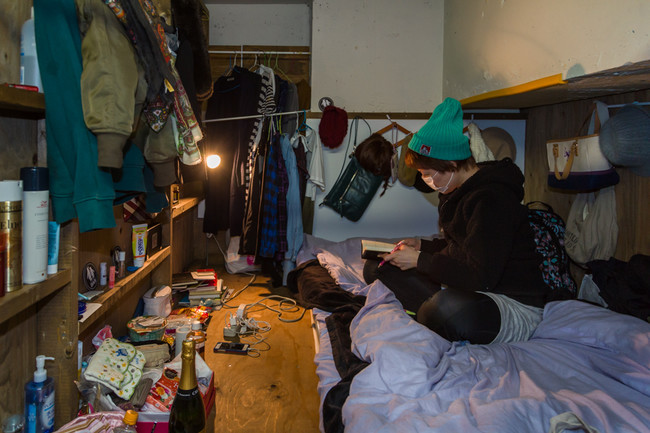 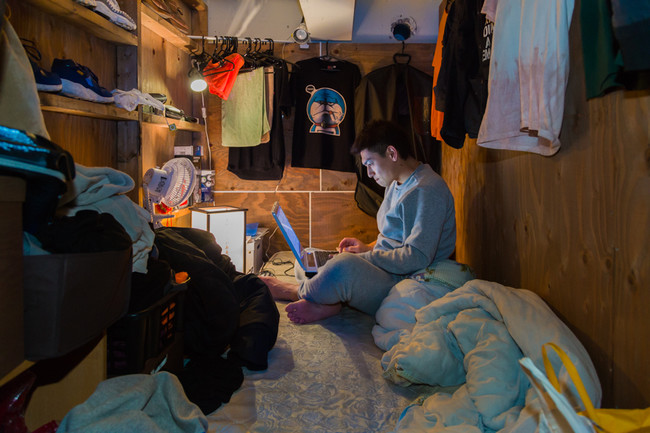 The residents varied in circumstance, Kim found. Some were only passing through, visiting Tokyo on the cheap or saving money to rent a better apartment. Others were more long-term residents, and they typically had more belongings packed into the little space. Some were orderly, others chaotic. Some people had rigged up shelving and hangers for more storage. Some even decorated as much as possible in such a small space.

Jim, from the Netherlands 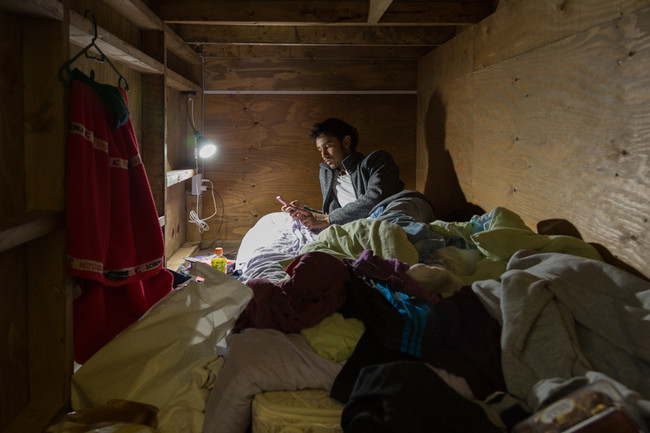 Many of the rooms aren’t even large enough to allow an adult to fully stand. 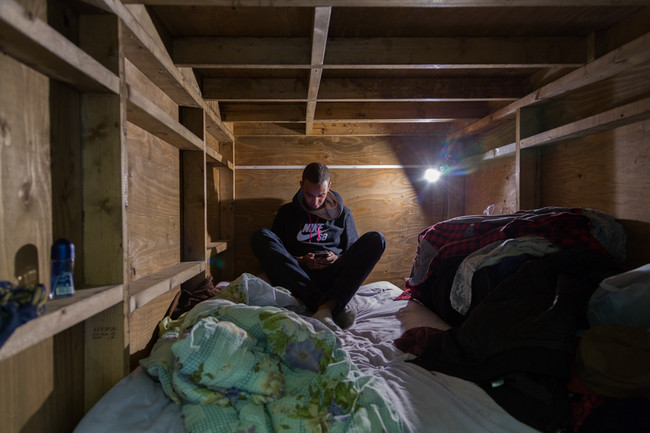 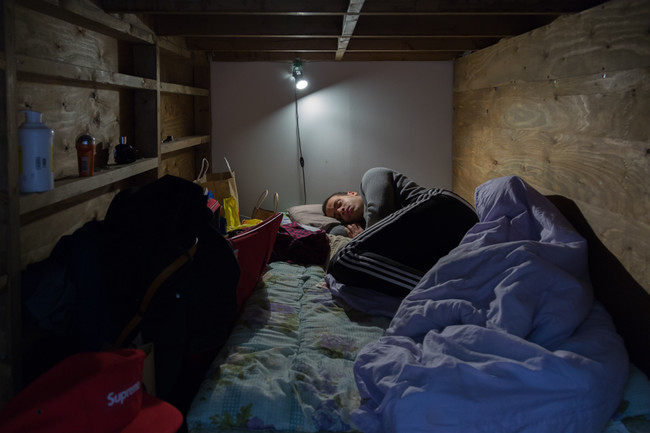 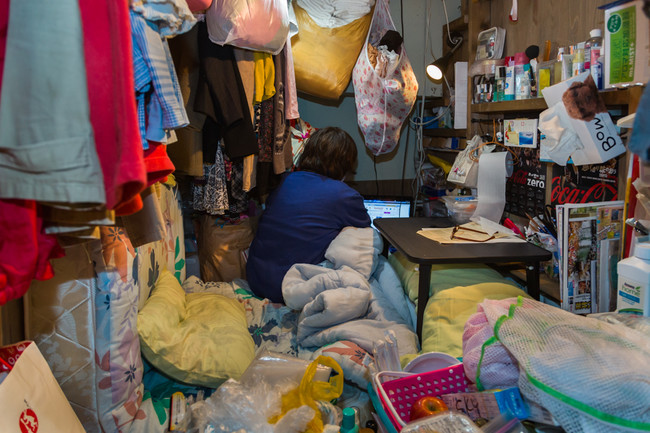 Daniel, from the U.S. 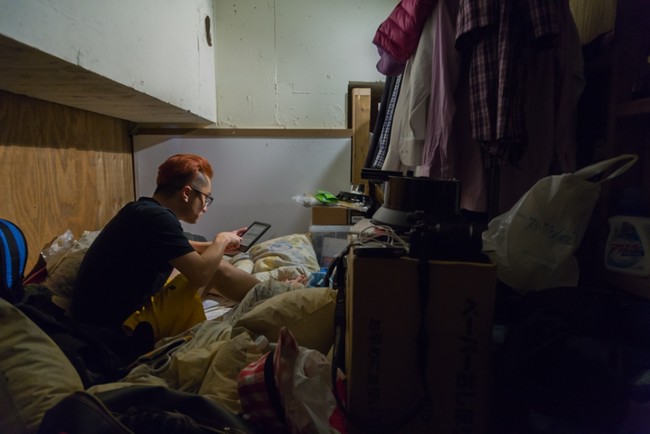 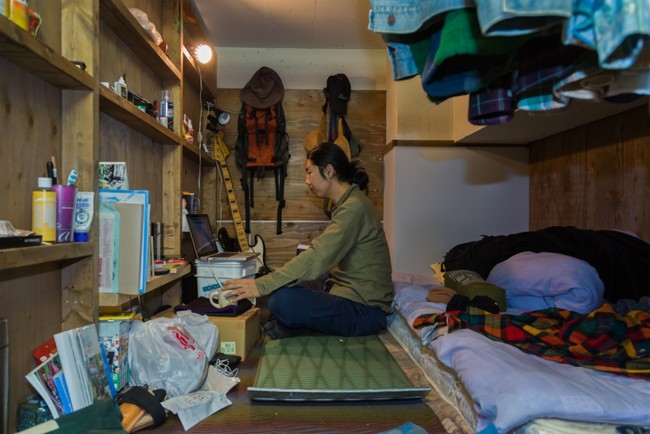 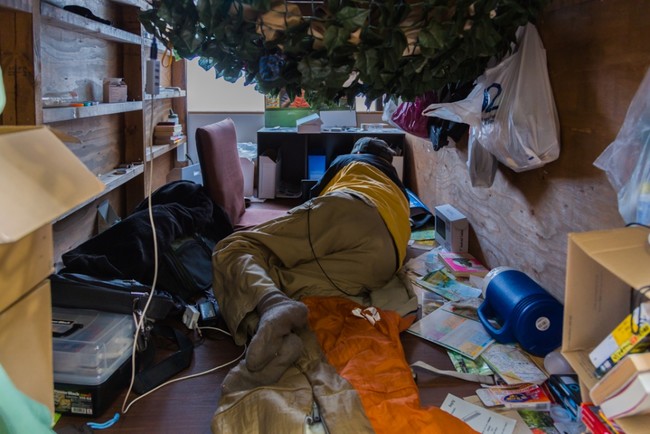 Kim was struck by the way the people in the guesthouse, living in little more than crates, were able to make the most out of their small quarters and function so well. The guests’ untold stories, which can be guessed at only by these images of their possessions, remind us of the transience of life and the journey that all people are undertaking.