From an aerial view, Zaatari seems like a regular city. Located about 10 kilometers east of the Jordanian city of Mafraq, it could easily be a slightly strange-looking suburb. But this isn’t your average city. In fact, until five years ago, it didn’t even exist.

This is the Zaatari refugee camp, which opened in July of 2012. Created and managed by the United Nations and the Jordanian government, it’s home to those fleeing violence and civil war in neighboring Syria. Today, it takes up a 3.3-kilometer area, and is the second largest refugee camp in the world.

From above, the refugee camp dwarfs a nearby town. 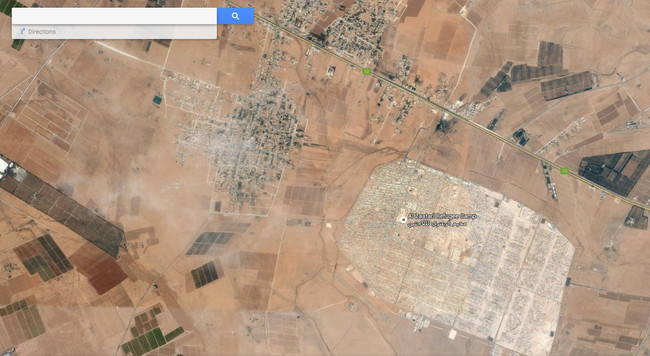 (It’s the paler rectangular area near the bottom right.)

The camp is laid out like a city. It’s dotted with schools, hospitals, municipal areas, businesses, and residences. 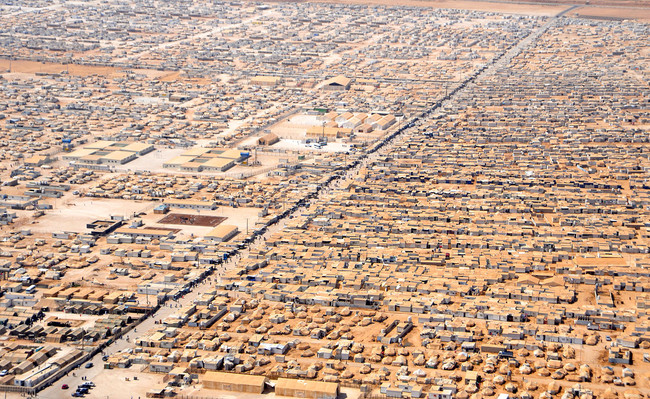 The difference here is that the homes are tents, and life is nowhere near as comfortable as it would be in an average city.

From a population standpoint, the Zaatari refugee camp is the fourth largest city in Jordan, with some 83,000 permanent residents. An estimated 430,000 have passed through before relocating. For the 83,000 residents who remain, there are 30,000 tents and tin-roofed shelters. These are provided by the U.N.

The U.N. also provides food, water, health services, and education. Almost 20 trillion tons of bread and 4.2 million liters of water are delivered each day, and residents are also given a monthly allowance of 20 Jordanian dinars (about $28.25 USD) for extra food. 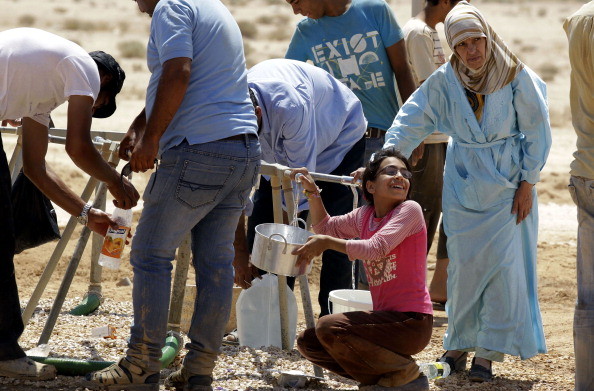 An estimated 28,000 children live in the camp, and roughly 13 babies are born each day. The camp’s maternity unit has delivered over 3,000 babies to date, and there are many more on the way. 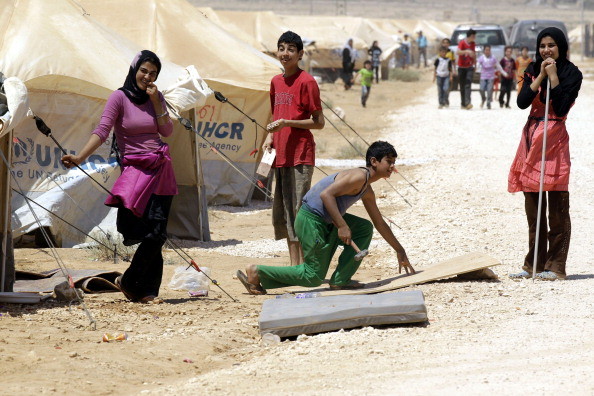 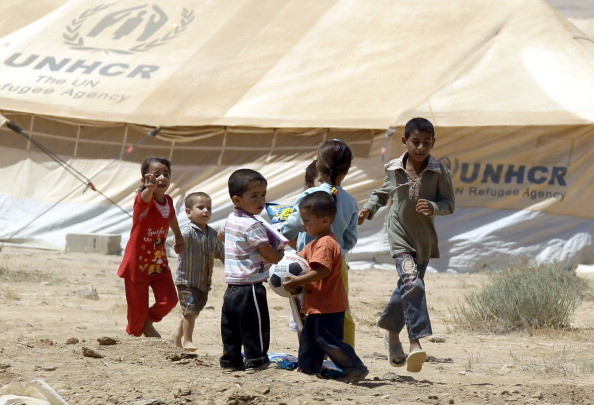 Life isn’t easy here. Despite international organizations providing supplies and aid, the camp, according to one charity, falls short of international standards for such facilities. 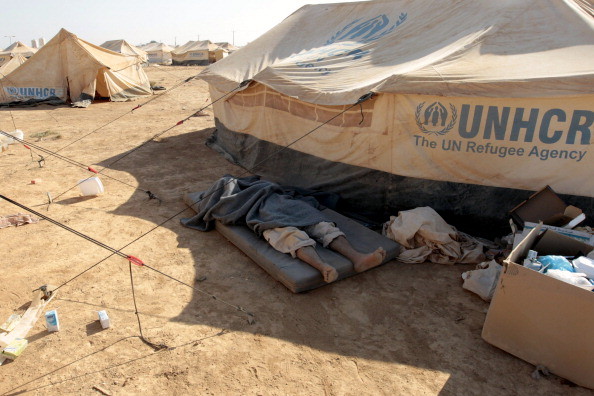 Since 2012, there have been protests from residents about the crime and violence that have created challenges inside the camp. There are gangs, drug rings, and prostitution. Violence against women is a major issue. Theft is also common, as resources are scarce. When electricity pylons and lights were installed, for example, many people simply stole power for their own homes.

To combat the lawlessness that often comes with setups like this, camp organizers and authorities are looking to set up a representative system for each of the camp’s 12 districts so that residents can have some control over what happens around them.

This is how camp residents prepare their meals. 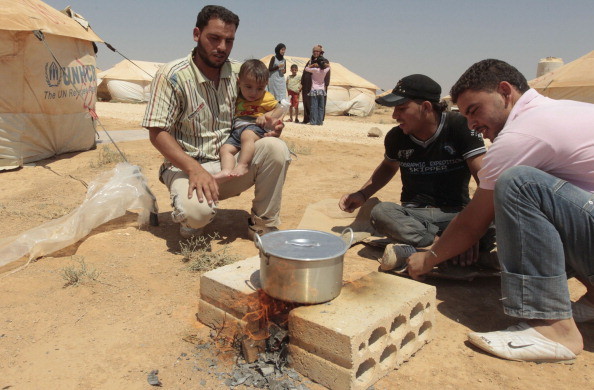 People in Zaatari try to make their lives as comfortable as possible. Many people have opened shops selling groceries, clothing, and even mobile phones. There’s also a pizza place, and they deliver. Even on such a small, makeshift scale, these shops are generating about 10 million dinars a month, and 60% of Zaatari residents earn their income inside the camp. As a result, these shops are slated to be legalized formally by Jordan’s Ministry of Trade and Commerce.

Children in Zaatari receive toys provided by an aid organization on Eid al-Fitr, which falls at the end of Ramadan. 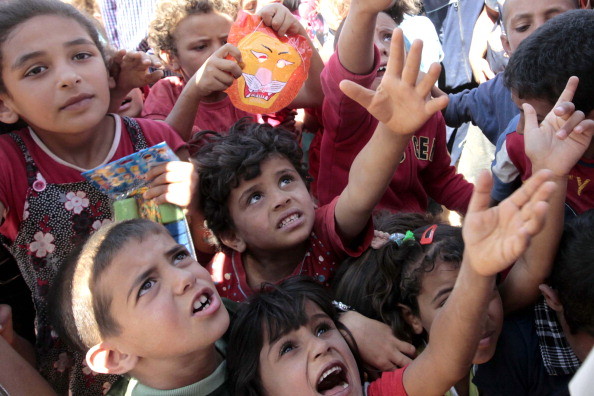 The people living in the Zaatari refugee camp have hard lives, and many have had to leave behind everything they’ve ever known for a chance at safety. The population is leveling out now thanks to the opening of another camp nearby. Some people have moved on, and some have returned to Syria. But for now, Zaatari isn’t going anywhere, and neither are its many residents.