You’ve probably never heard of Alexey Leonov, but this Soviet cosmonaut is as much a part of human space history as Neil Armstrong. In 1965, Leonov was a member of the Voskhod 2 mission during which he conducted humanity’s first ever spacewalk. Put more dramatically, Leonov was the first human who chose to leave the safety of his ship and enter the endless void of space.

To celebrate the 50th anniversary of Leonov’s feat, color footage of him dangling perilously above the Earth in his primitive space suit has just been released. Check it out below. But fair warning. It’s pretty nerve wracking…

What you don’t see in the video above is what happened when Leonov tried to get back in to the ship. 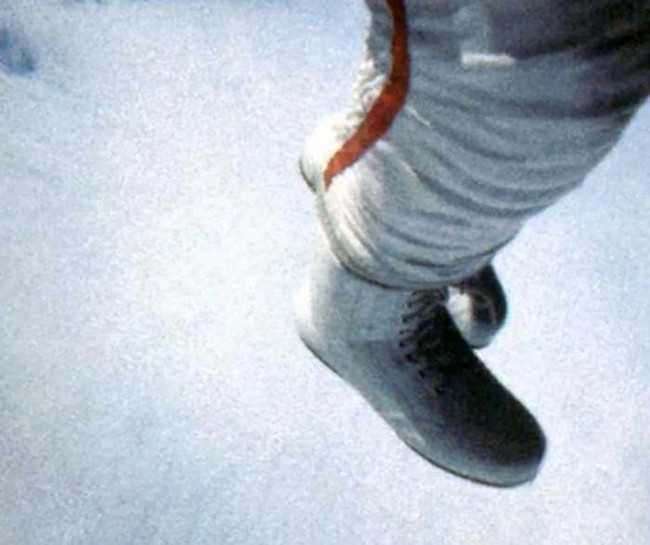 According to an interview he gave with the BBC, the pressurization on his space suit began to malfunction about 10 minutes into the spacewalk. This caused the suit to inflate, making it impossible for him to reenter the ship. To avoid his suit completely depressurizing, Leonov began to release some of the oxygen, which deflated it enough for him to reenter the ship. This gave him a case of decompression sickness, which was luckily not fatal.

It’s crazy how close the first human to ever spacewalk came to turning into cosmic dust. So the next time you’re thinking about trail blazing humans and space travel, make sure to include Alexey Leonov on that list.