Did you know that Benjamin Franklin suggested the turkey as our national bird? Our history might be a lot different if we had a turkey as our country’s symbol instead of the bald eagle. Recently, the bald eagle has befallen a terrible tragedy, as it is now considered an endangered species. Many believe that this is because of pollution and man-made, destructive forces.

You wouldn’t know they were endangered by looking at the back of this truck, though. A swarm of bald eagles raided a parked truck, and it’s the most American thing you’ll ever see.

If that didn’t make you feel patriotic, maybe you should leave the U.S.A. That’s our bird, this is our country, and we drive giant pickup trucks. I can’t think of anything more American than that. 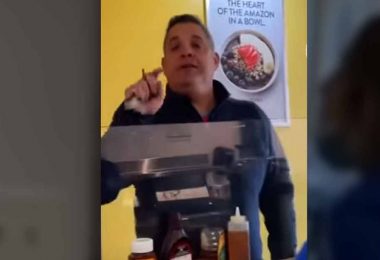