Snakes are always bad news, but if you lived between 50 and 60 million years ago, this guy would have completely ruined your day. The Titanoboa stretched about 42 feet in length and weighed over 2,500 pounds. Due to its immense size, you could probably see this guy coming, but considering he was basically 14 yards long, there wasn’t a whole lot you could do about it.
After the fall of the dinosaurs, this creature took over as predatory king of the Colombian jungle. 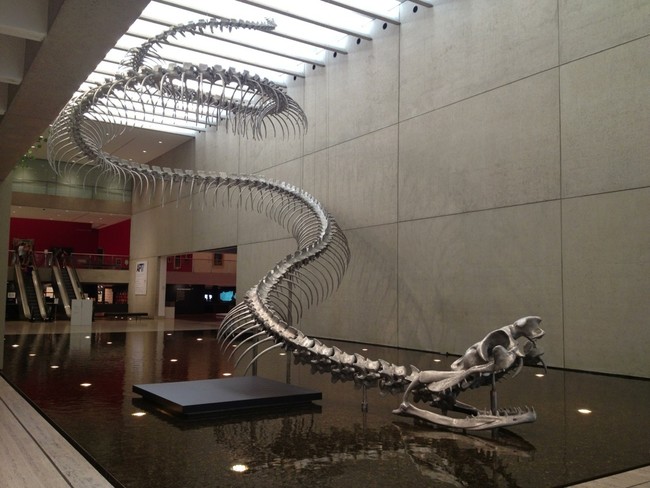 This life-size replica of the Titanoboa shows that the prehistoric reptile would have no problem swallowing a human whole.The most suspicious thing about all this is that the Emergencies Ministry of the area hardly believes the fish he sees in the pictures are real. But who would fake something like that, and why? Is the Ministry trying to cover something up? 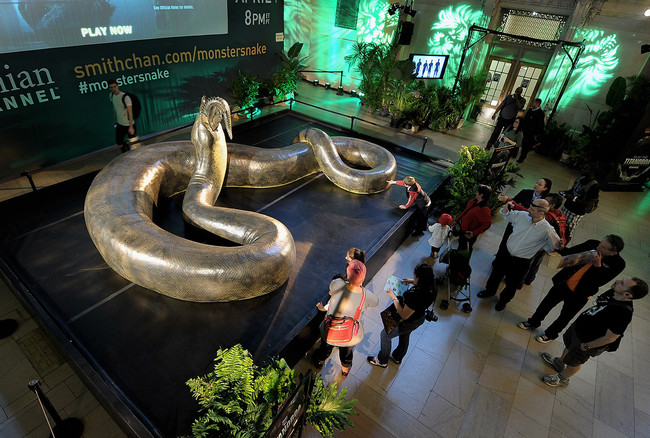 The digestion process for Anacondas can take several days to complete. Therefore, it’s believed that the Titanoboa sometimes didn’t fully digest meals until months after consumption, depending on the size of the prey. 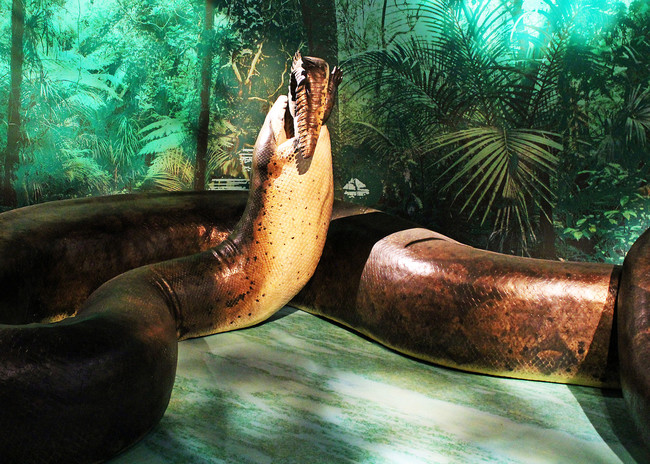 It might look like something Harry Potter would fight at the end of a movie, but this thing was very, very real for several million years. Human beings thankfully missed out on its reign…otherwise we may never have risen to the top of the food chain.