Now that it’s spring, we can all look forward to a little dip in the water to beat the heat. But one lake village in Siberia isn’t so keen to dive in, and with good reason. Judging by the thousands of dead fish that have washed ashore, the water is not fine.

The people of Tulagino, located on the shores of Lake Khatyng in the coldest region of Russia, are appropriately troubled by this mass death of carp and grouper…especially because nobody seems to know why it happened.
One theory about the dead fish is that they were killed by the recent removal of ice in rivers that feed into the lake. The ice was destroyed with dynamite to eliminate flooding in nearby towns. Local government officials deny that this is the cause. 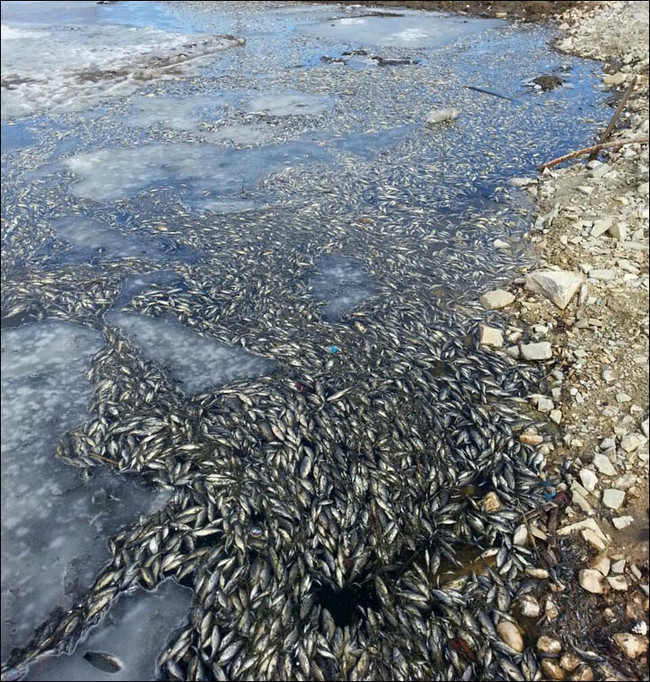 One village official thinks the fish died due to a lack of oxygen under the lake’s thick sheet of ice. That, paired with temperatures as low as -58 degrees Fahrenheit, feels like a recipe for disaster. 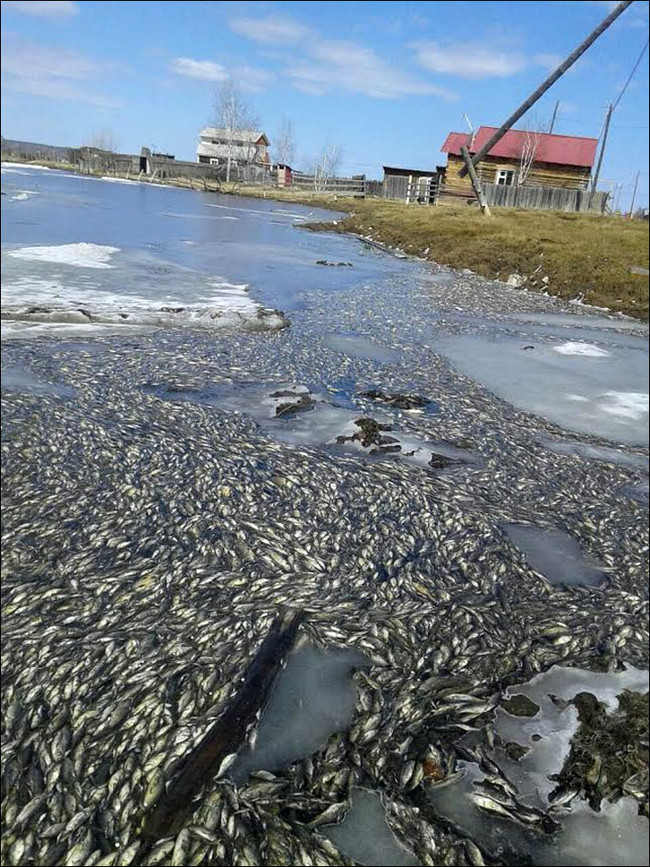 Others are worried that something has contaminated the water. Villagers are demanding that tests be conducted to make sure the water is not poisoned. 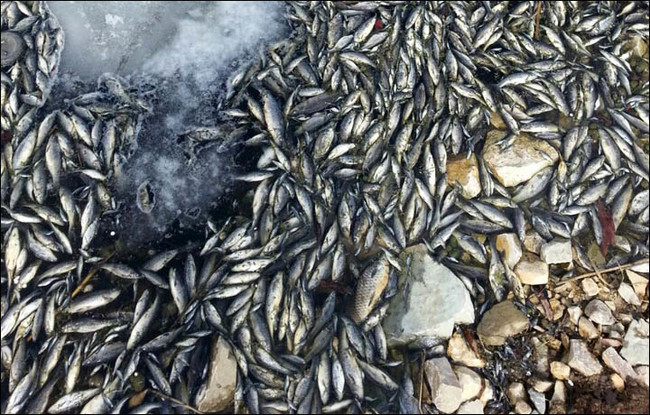 The most suspicious thing about all this is that the Emergencies Ministry of the area hardly believes the fish he sees in the pictures are real. But who would fake something like that, and why? Is the Ministry trying to cover something up? 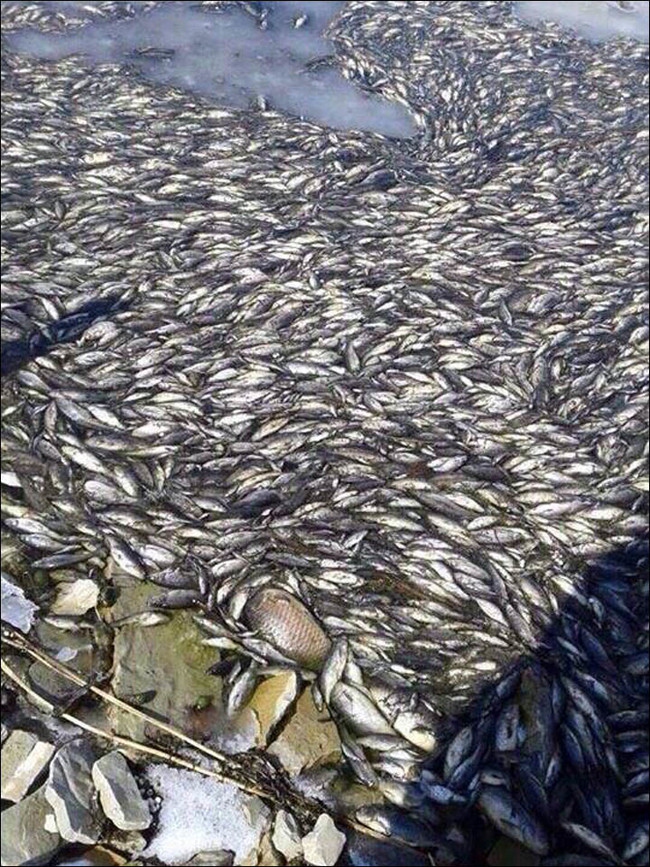 Whatever the reason, the fact that so many fish are dead can’t be good for the town of Tulagino. Hopefully someone uses the ice they blew up to preserve some of these tasty fish, otherwise that’s like two years worth of food gone to waste.