When Angel Perez was born on April 4, it was a joyous occasion, but also a deeply tragic one. Angel’s birth was unique because his mother, Karla, had been brain dead for 54 days beforehand, but was kept alive during that time to ensure Angel’s survival. She died on April 6.

Angel seems to be in stable condition, though he uses a feeding tube. Doctors are still unsure if there will be any longterm complications caused by the nature of his birth. 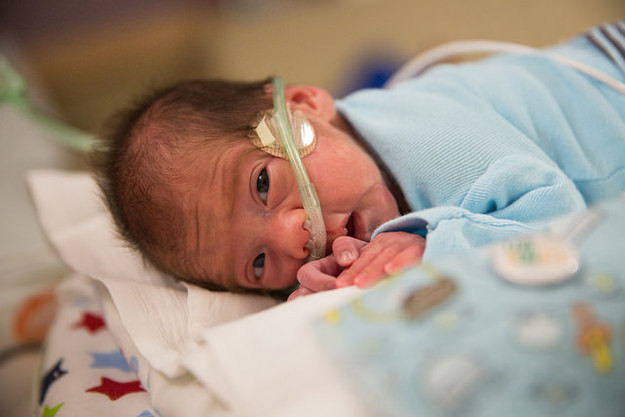 In early February, Karla complained of a lingering headache. When she fell unconscious at home, she was rushed to the hospital, where it was discovered that she’d suffered a massive intracranial hemorrhage. She was brain-dead — and 22 weeks pregnant.

Doctors sprung into action to save Angel, even though there isn’t a standard protocol for situations like this. They were successful, and Angel was delivered 54 days later, after 30 weeks of gestation at the Methodist Women’s Hospital Neonatal Intensive Care Unit in Nebraska.
Naturally, Angel’s birth was bittersweet, as his birth also signified Karla’s death. 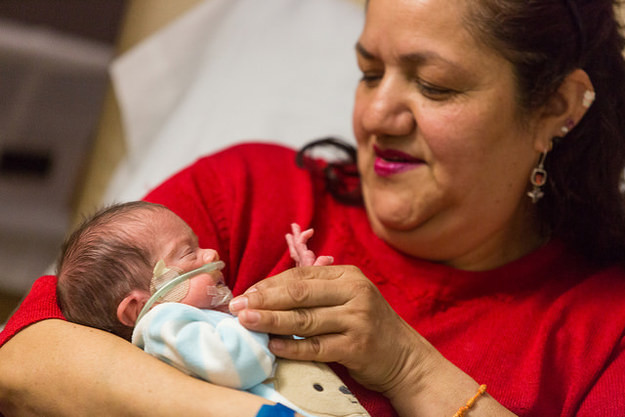 Angel’s grandmother and Karla’s mother, Berta Jimenez, holds him at the hospital. 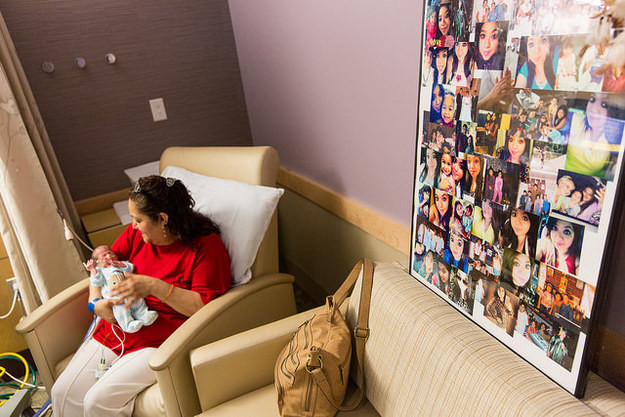 Berta and her family and friends have created a collage for Karla.
Angel’s mom, Karla Perez, was diagnosed with rheumatoid arthritis at a young age.

Karla, 22, also had a daughter about three years ago, despite complications from rheumatoid arthritis. For one thing, she had to go off her medication to conceive and carry, which meant living every day in pain on top of the normal trials of pregnancy. That birth was normal, so doctors didn’t see an issue with trying again. Those who knew Karla described her as being a dedicated young woman who wanted to be a mother more than anything.

It is not believed that going off her medication triggered the hemorrhage.
As for Angel, he’s still in the intensive care unit, and he’ll likely be there for another month. 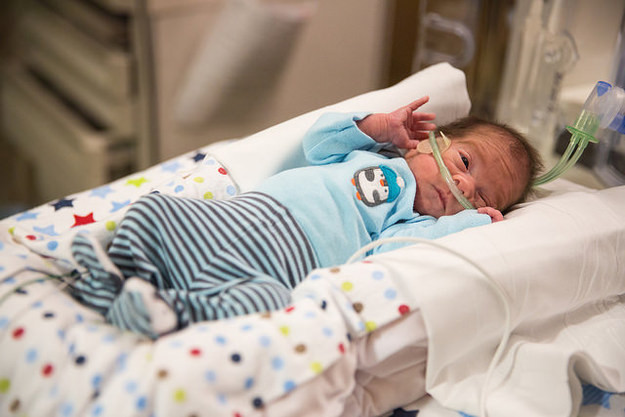 Besides Angel, Karla’s legacy will also live on in the organs she donated. It’s certainly a tragic story, but the family is getting through it. Angel will always be their miracle baby.