Stony Island Savings & Loan, built in the 1920s, had stood abandoned on Chicago’s South Side for decades. It was in serious disrepair, too, with the interior exposed to the elements. It seemed to most that the only thing to do was demolish it and start over.

The bank had been closed since the 1980s, and mostly forgotten. 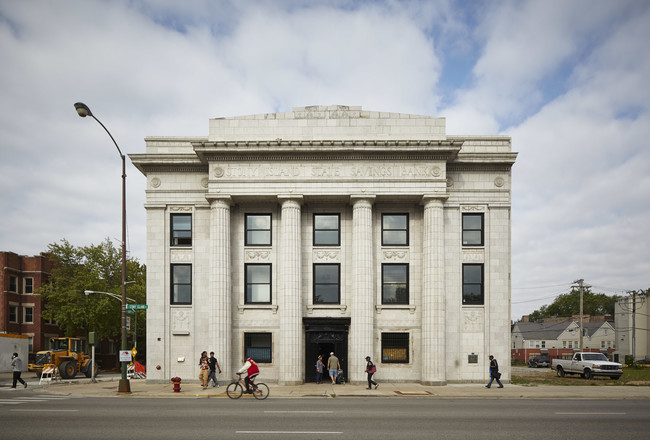 It had largely fallen into disrepair, and seemed hopeless. 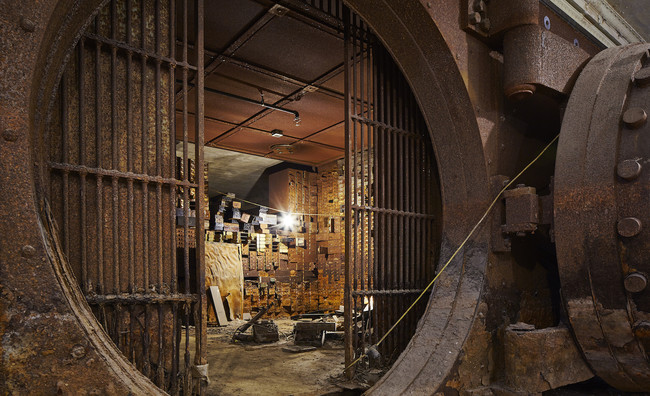 But artist, urban planner, professor, and Rebuild Foundation founder Theaster Gates had another idea. He saw potential in the old building when no one else did. And we mean that quite literally — no one else thought the 20,000 square foot building would amount to anything.

In fact, the city of Chicago was so convinced it was worthless that they sold it to Gates for a dollar. One dollar.

Gates set out to restore the building, and after a whirlwind of repairs, the old bank’s doors were open to the public once again during Chicago’s Architecture Biennale.

The repairs even preserved some of the old, damaged elements of the building and combined them with the refurbished ones, allowing people to literally see the history and transformation of the building. 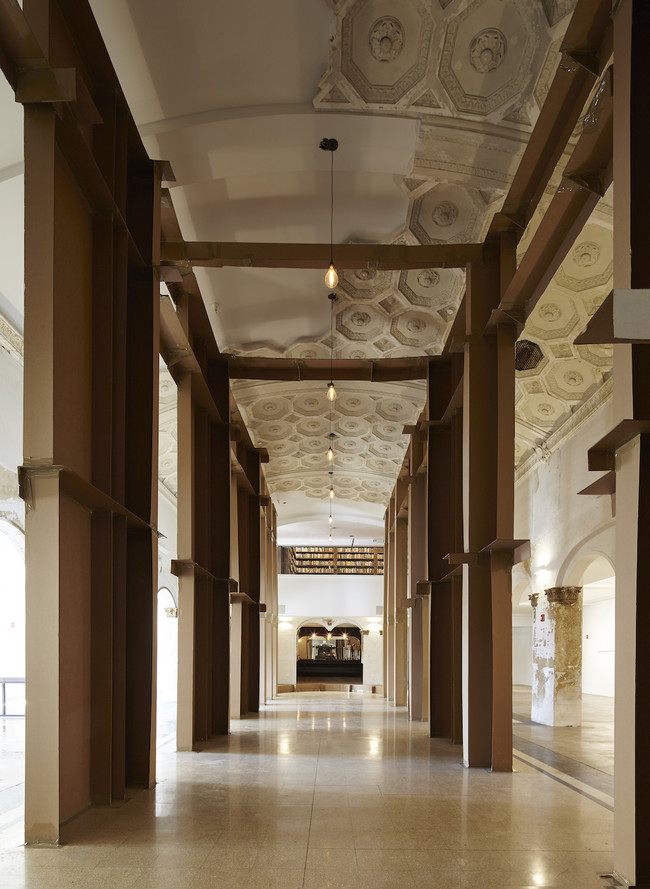 But of course, it wasn’t exactly a savings and loan bank anymore. 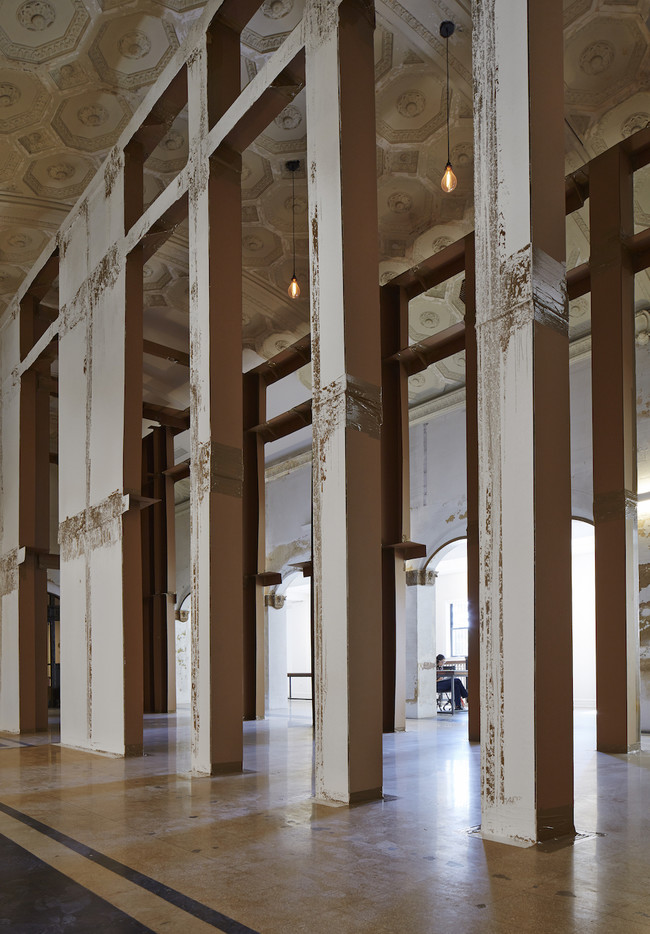 Instead of a bank for money, Gates and The Rebuild Foundation turned the space into an art bank — in Gates’ words, “an institution of and for the South Side…a repository for African American culture and history, a laboratory for the next generation of black artists.”

Called the Stony Island Art Bank, it will be home to events and exhibitions, and serve as a research and residency space for artists, scholars, and curators. 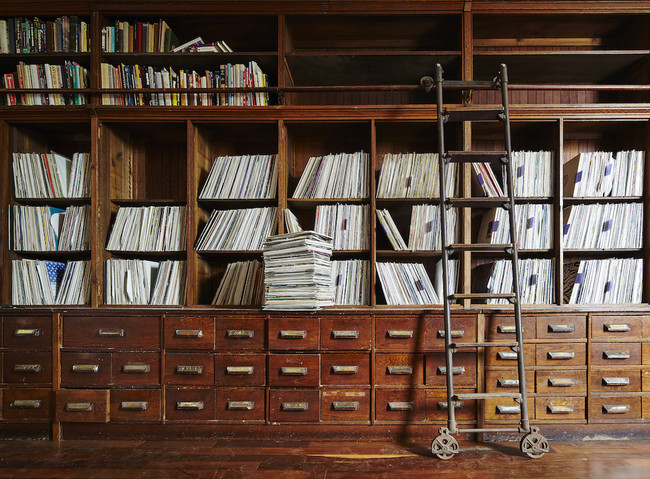 The Art Bank houses a collection of 60,000 glass slides from the University of Chicago and the School of Art Institute, the vinyl archive of house music pioneer Frankie Knuckles, and the personal book and magazine collection of John H. Johnson, who founded Ebony and Jet magazines.

Gates hopes that the Art Bank will serve as a community center for Chicago’s South Side. It’s open to the public, making it a great educational and cultural resource. 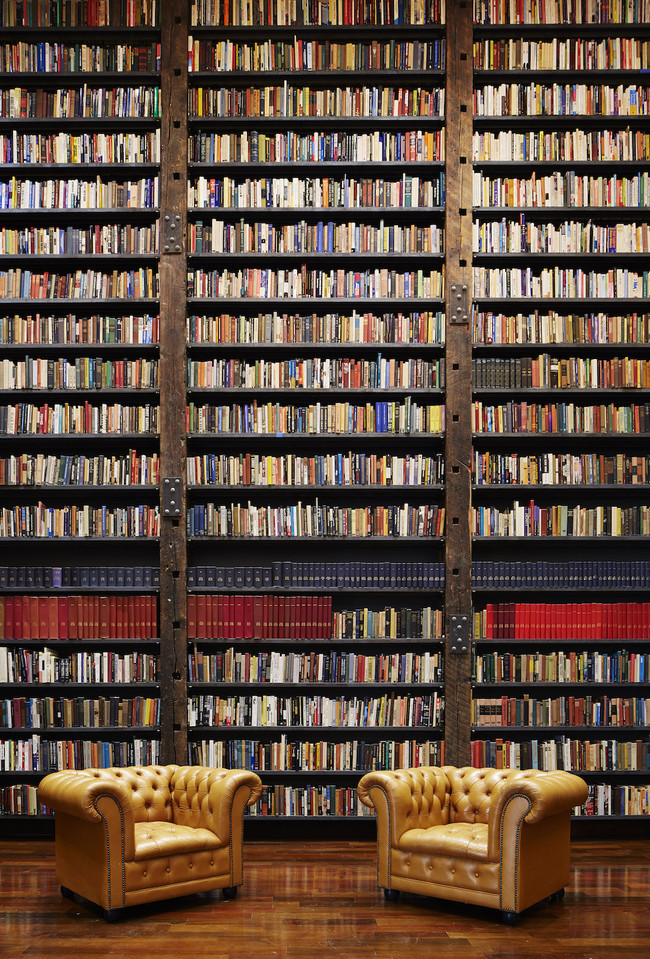 He describes the space as “an institution of and for the South Side,” and “a space for neighborhood residents to preserve, access, reimagine and share their heritage, as well as a destination for artists, scholars, curators, and collectors to research and engage with South Side history.” 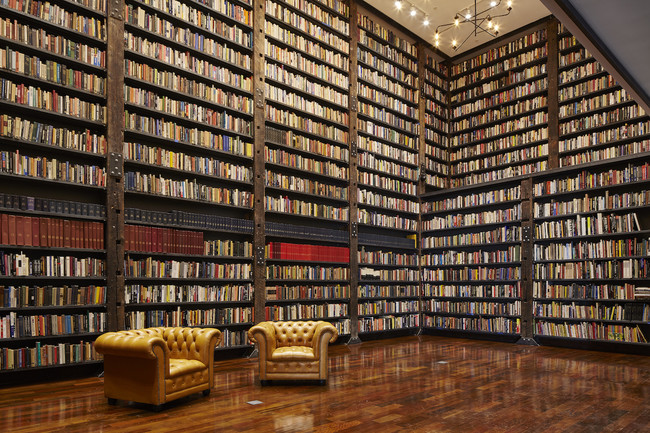 You can learn more about the Stony Island Art Bank on its website. If you’re in the Chicago area, it’s open to the public Tuesdays through Saturdays from 11am to 6pm. You can also check out other projects the Rebuild Foundation and Theaster Gates are working on, too.