Stefano Boeri Architetti, the studio famous for designing incredible vertical forests in Switzerland and China, is back again with another ambitious project – a Smart Forest City in Cancun, Mexico. The architects say the new city will have a land area of 557 ha, 70% of which will be cover in green spaces, and will host 130,000 inhabitants. 7.5 M trees, shrubs, and bushes, carefully chosen by botanist and landscape architect Laura Gatti, will be planted in the green areas. “The Smart Forest City will absorb 116.000 tons of carbon dioxide with 5.800 tons of CO2 stocked per year,” claim the designers of the project.

This newly-designed Smart Forest city in Cancun, Mexico aims to be fully self-sustaining 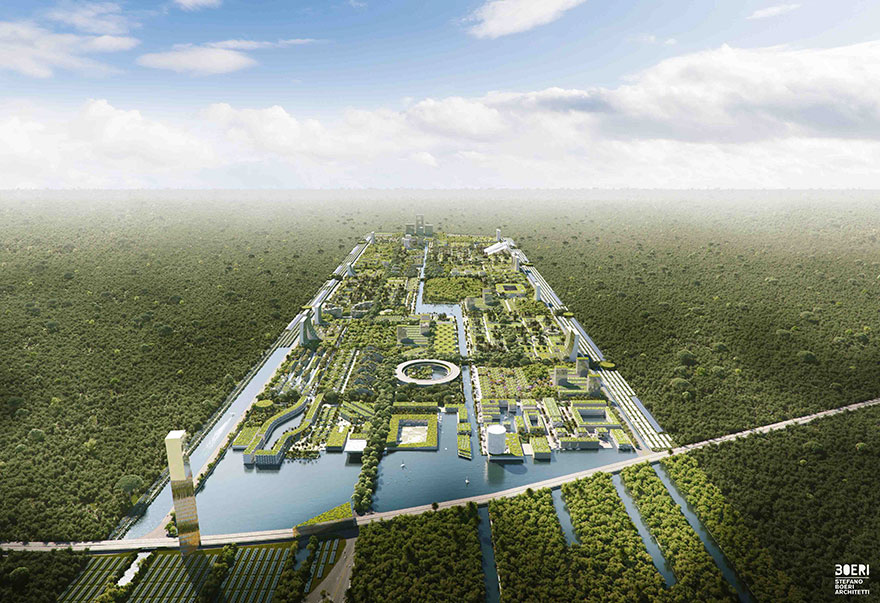 The project highlights the importance of sustainability and aims to make the city fully self-sustaining. “Thanks to the contribution of the German office Transsolar, Smart Forest City – Cancun is conceived to be completely food and energy self-sufficient,” writes the studio. “Surrounded by a ring of solar panels and of agricultural fields irrigated by a water channel connected with a underwater maritime pipe, the City will be deeply characterized by full circular economy.” 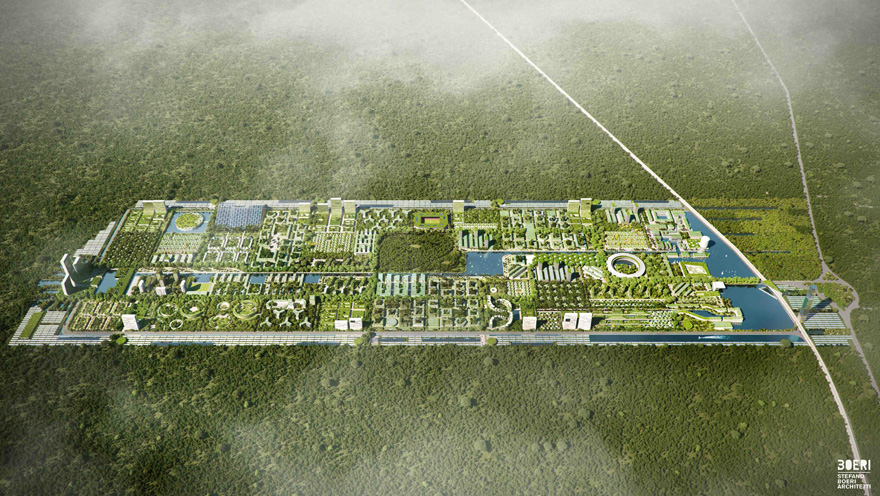 Another key element in the project, according to the architects, is water. It would be gathered in a huge basin at the entrance of the City where a desalination tower would stand. The water would then be distributed to the residents by a system of canals. The city will also have a series of water gardens that will help fight floods. 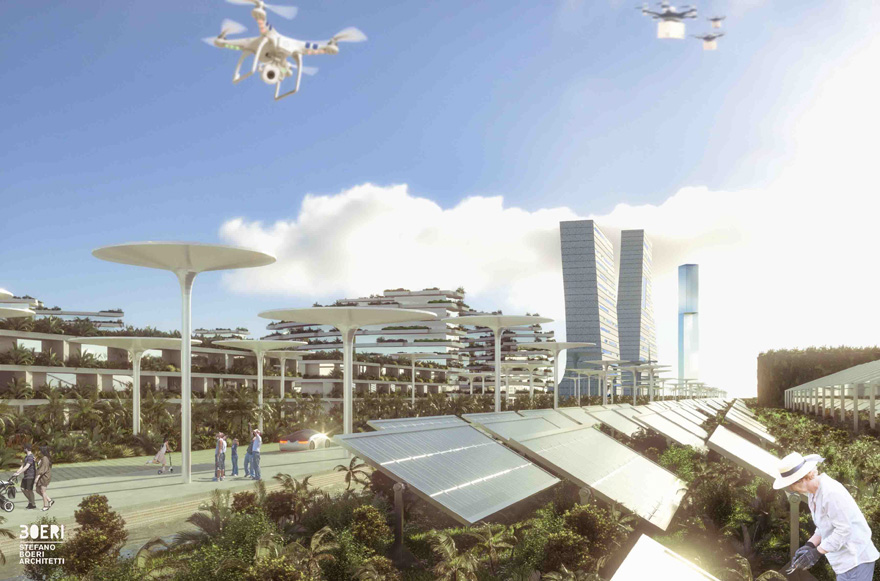 “Thanks to the new public parks and private gardens, thanks to the green roofs and to the green facades, the areas actually occupied will be given back by nature through a perfect balance between the amount of green areas and building footprint,” said Stefano Boeri Architetti in an interview with Dezeen. 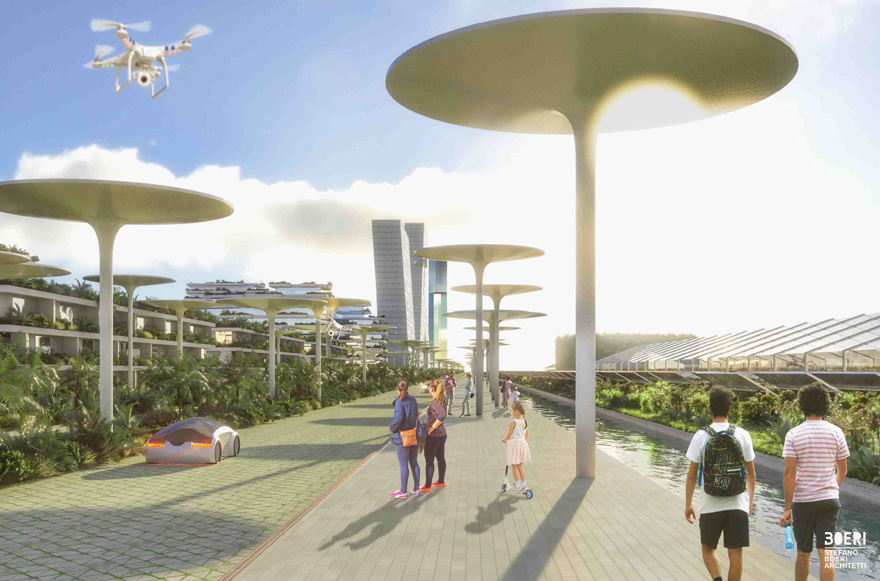 The studio claims that the Smart Forest City could possibly be “a pioneer for a new kind of human settlement”. “Big data management is used to improve the Governance of the city, hence, the life of its citizens,” says the studio. With the help of sensors, data about the city would be collected, analyzed and used to help the residents. “Energy flows are monitored, in order to suggest to the users certain energy measures. For example, running their washing machines or dish washers during peak generation conditions, in order to get a cheaper energy rate, while supporting the energy management of the mechanical systems,” explains Stefano Boeri Architetti. 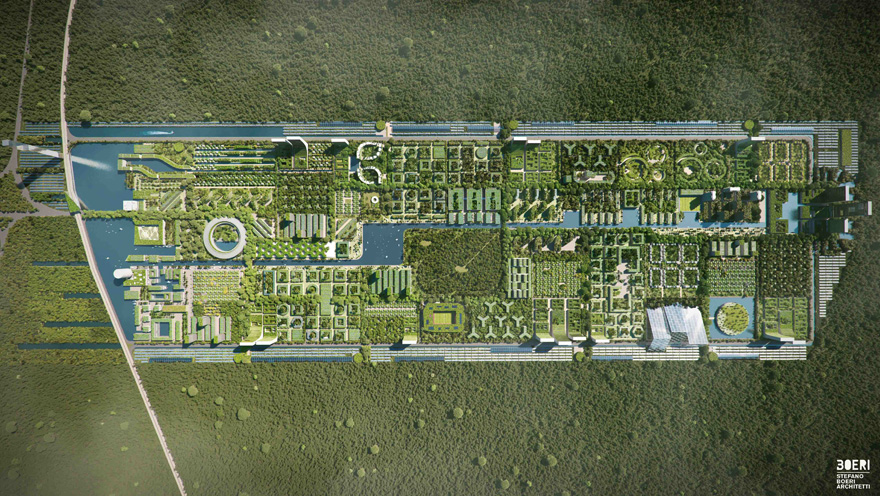 Another thing that will be implemented in the city will be something called MIC, or Mobility in Chain. This means that residents and visitors will be able to leave their vehicles at the edges of the city and use internal electric transportation to get around. 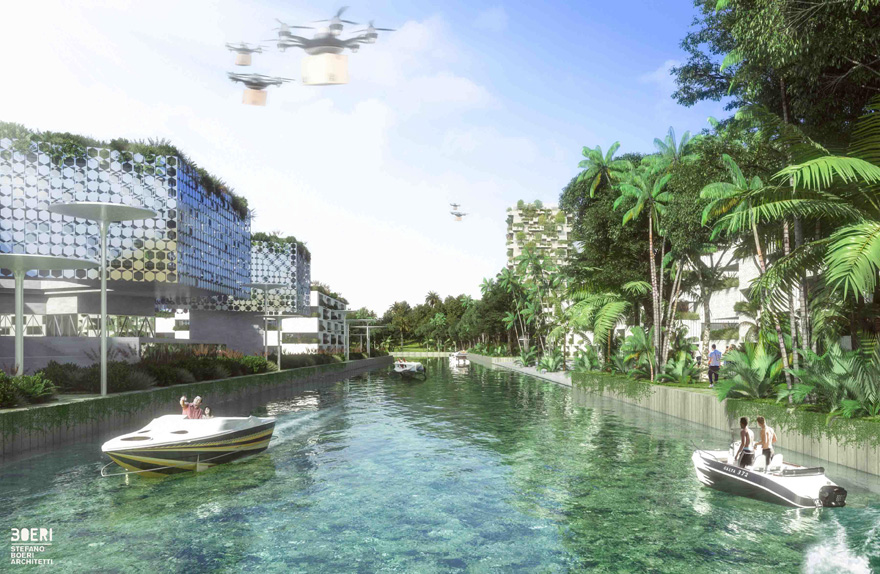 The Smart Forest City aims to become a center of research and will include affordable housing for both students and professors. “The idea behind this project is to create a district dedicated to research and innovation (the fields will be: molecular biology, robotics, IT, etc) where academic institutions and research centres meet, along with big multinational corporations and the new generations of students and researchers, Mexican and from all over the world,” say the architects. 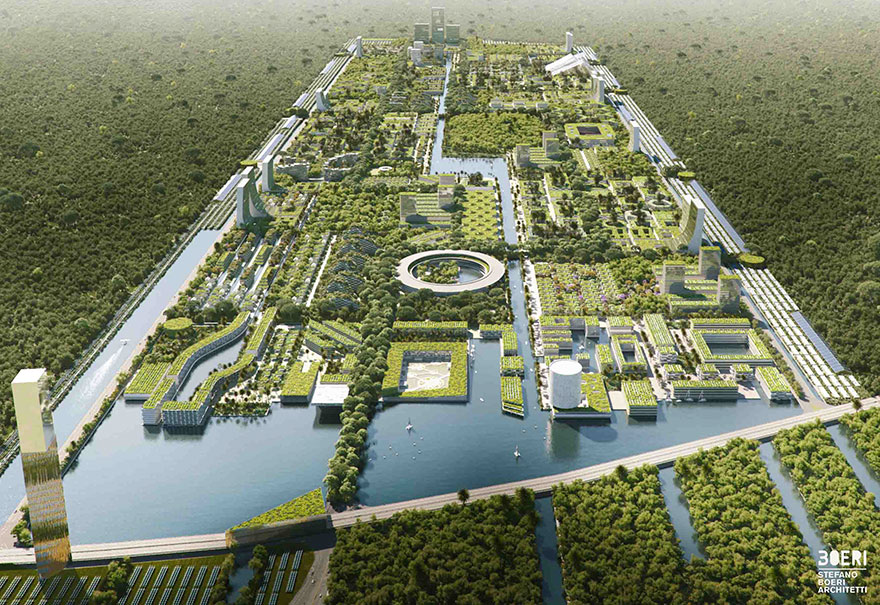 You have to agree that all of this sounds very ambitious – but Stefano Boeri has surprised us before. Let’s hope that we’ll be able to visit this utopian city in the near future!