It doesn’t take a car enthusiast to recognize the iconic Volkswagen Beetle. Over 21 million of these adorable little cars were made since production started back in 1938 and the last one rolled off the assembly line back in 2003, meaning the car remained in production for a whopping 65 years! Inspired by the timeless design of the car, builder Brent Walter recently used the fenders from an old Beetle to create two tiny adorable motorcycles he called “Volkspods”. 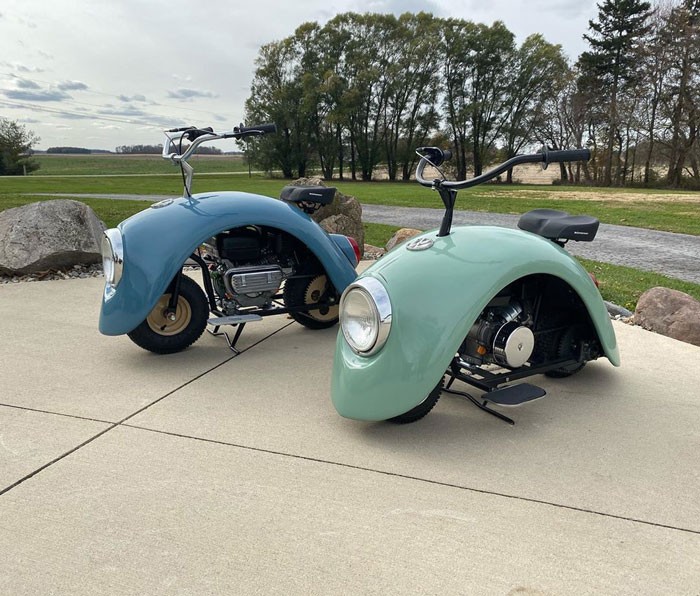 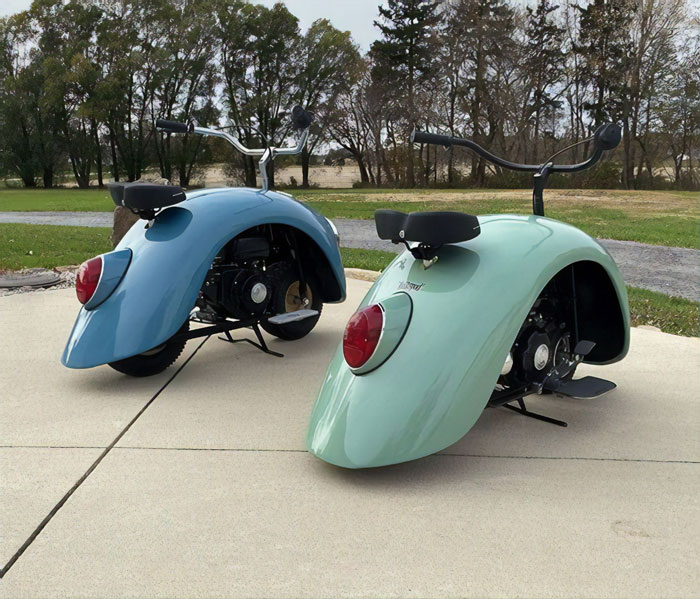 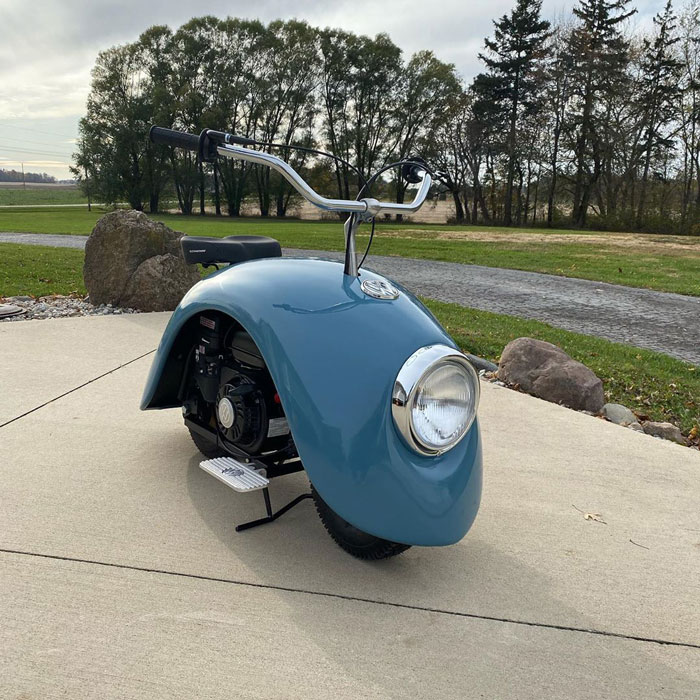 In an interview with Bored Panda, Brent said he wanted a scooter to take to Volkwagen shows. “These fenders were left over from building my car. I also wanted to practice welding the thin sheet metal panels,” said the handyman. 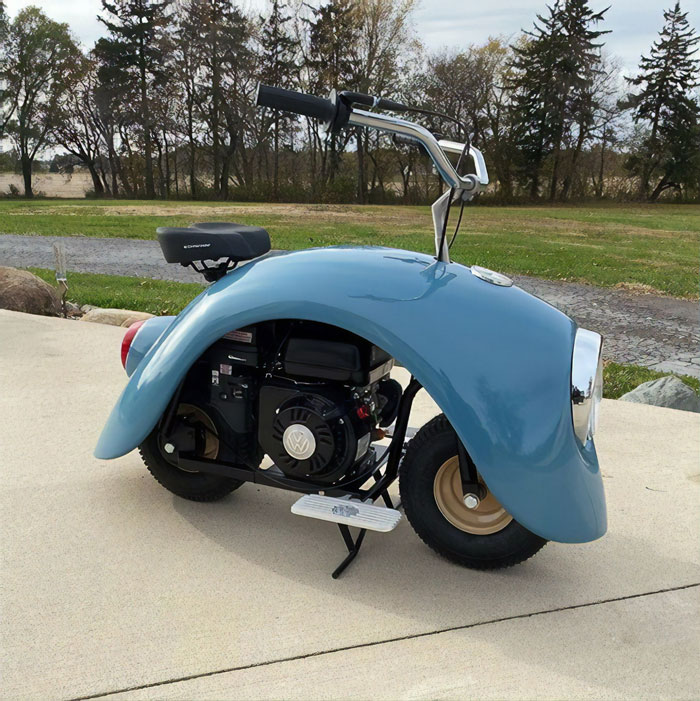 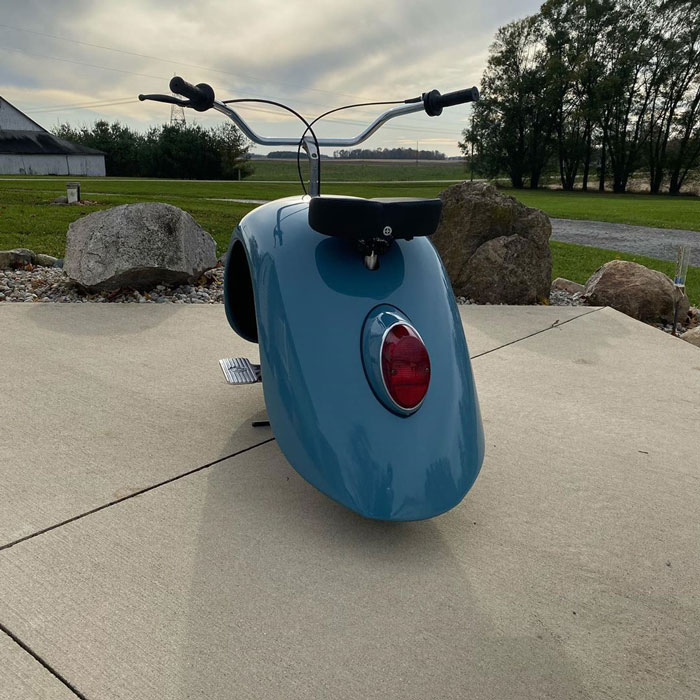 Brent has been building the two bikes since March of this year. “The original (green) has a 79cc motor and is more for looks than it is practical. The second (blue) one has more ground clearance and a 212cc motor. It is more practical to ride around on the road,” said Brent. 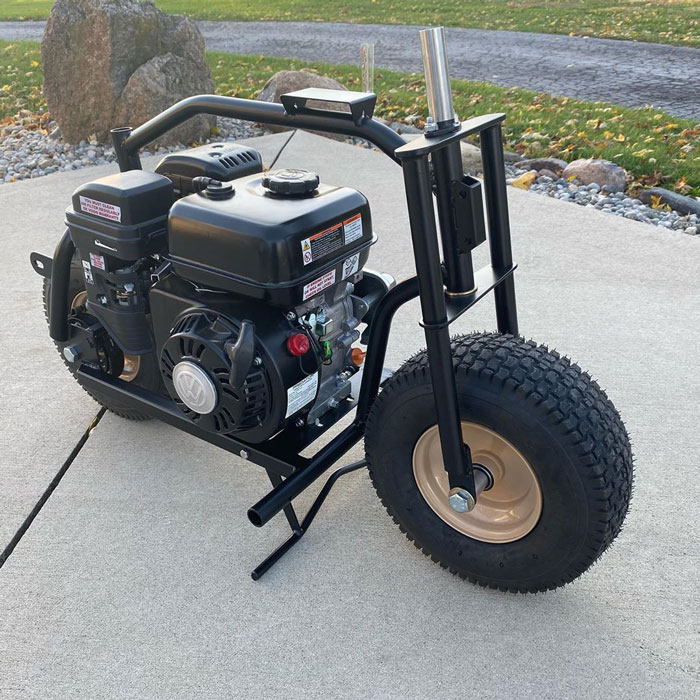 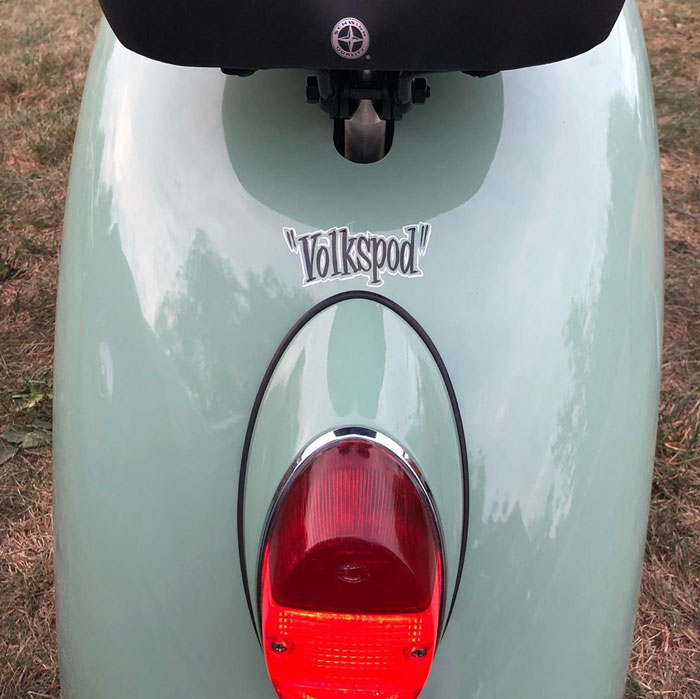 You might think that fenders for these old cars are scarce but Brent says it’s quite the opposite. Apparently, it’s surprisingly easy to find parts for the old Beetle’s, especially at swap meets.

This is how the Classic Volkswagen Beetle looks like 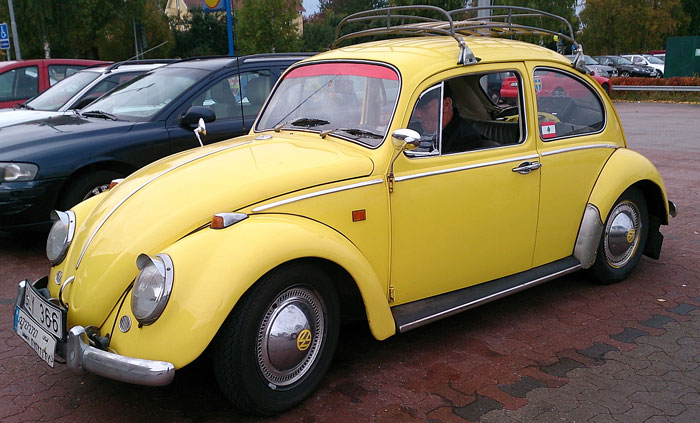 See the tiny bikes in action below!

Cold day for a ride. #volkspod