Amid the rocky, red peaks surrounding Moab, Utah, there’s something that seems totally out of place: calm, turquoise ponds in strange, geometric configurations. They look almost like some kind of weird digital glitch in the starkly natural landscape. Yet these strange ponds are very real, and yes, they’re artificial.

The company is the largest producer of potassium chloride, or muriate of potash, in the world. This water-soluble potassium salt is used the world over in fertilizers, and has been used for about 1,500 years in agriculture, textiles, glass making, and soap making. It used to be derived from soaking plant-based ashes in water and collecting the crystals of potassium after the water evaporated.

From the ground, they look equally surreal, like a sudden tropical lagoon in the middle of a desert. 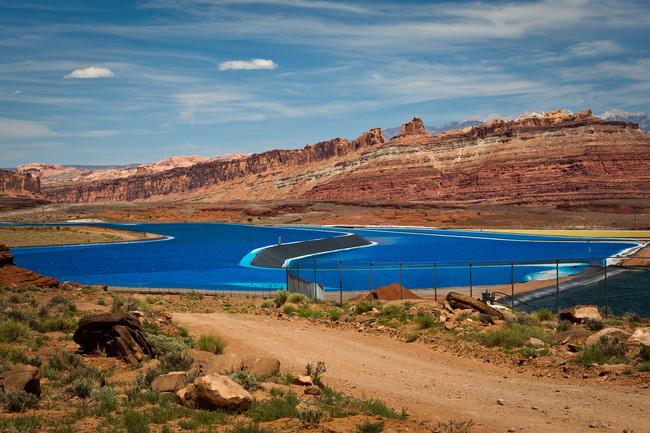 The blue color comes from an added dye that aids with the absorption of sunlight and speeds the evaporation.

Today, the chemical is produced on a larger scale, but with the same principle. The deserts of the West were, more than 300 million years ago, a vast ocean. After the water evaporated, all of the minerals crystallized into salts, and seismic activity then buried these salts deep underground. Moab’s mines are more than 1,200 meters deep, and contain some 2 billion tons of potash.

So what’s up with the ponds? 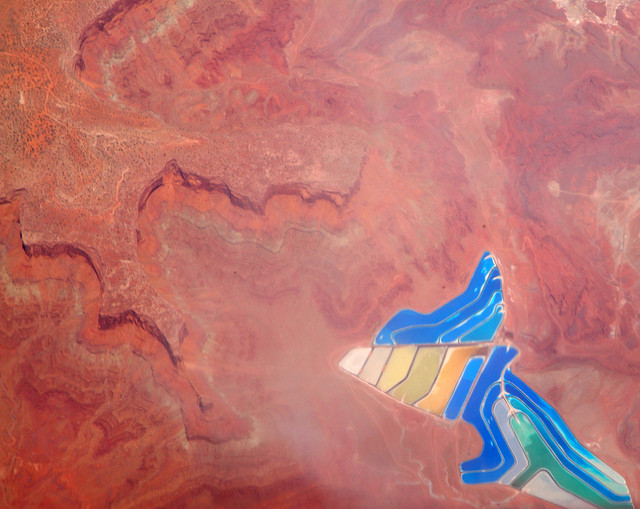 To get the potassium salts out, hot water is pumped into the mines, dissolving the salts once more. The water is then funneled into these shallow ponds and allowed to evaporate, leaving the crystals behind. It is then when the materials are ready to be harvested and sent off for processing. The evaporation usually takes about 300 days, and the color changes are a result of different salinities and compositions.

The ponds are located near the Colorado River, seen here. This river is one of the most important — and most tapped — rivers in the West. 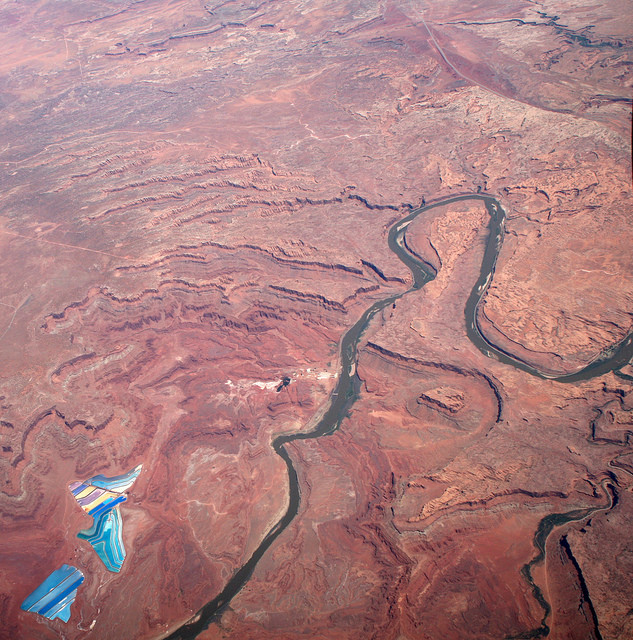 Of course, like anything, the potash reserves won’t last forever. Intrepid produces between 700 and 1,000 tons of it every day, and estimates that they have about 125 years worth of it left.

Some people are also worried that the addition of potash to large swaths of soil, such as when it’s used as fertilizer, can affect the soil and water supplies in a negative way.

You can check out the ponds on Google Maps and see how the colors change in real time! 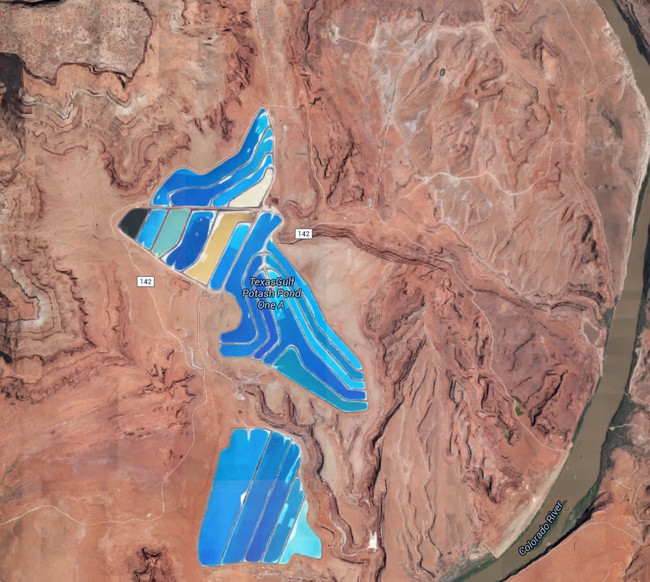 Any large-scale industry like this comes with a variety of risks and dangers. Still, its unexpected beauty can be striking. Do you think this is a delightfully unexpected find, or a potential environmental threat?