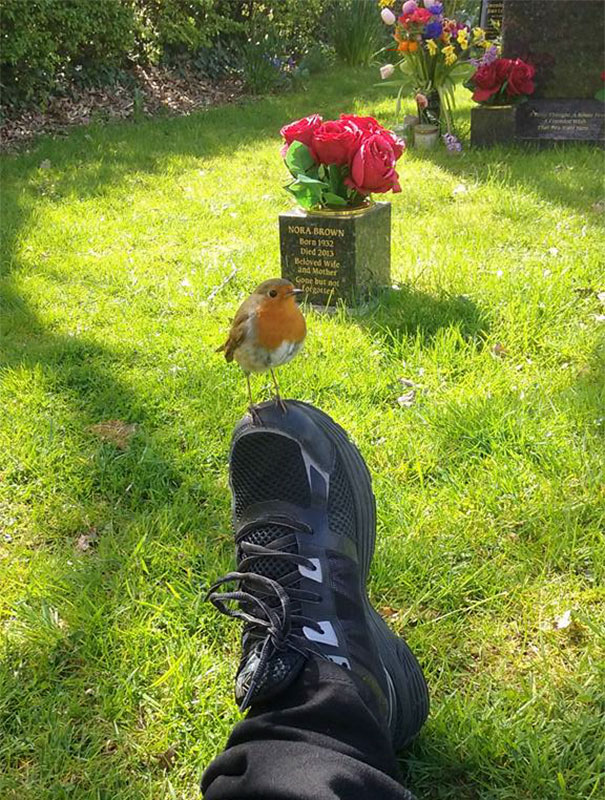 When a beautiful robin appeared and started flying around the woman 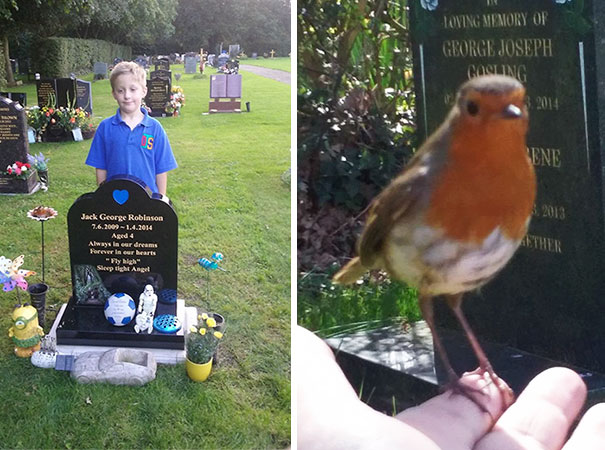 The birdie wasn’t afraid at all, and, at one point, he even landed on Robinson’s foot

But it gets even better – when the woman started filming the bird, he took perch on her fingertip 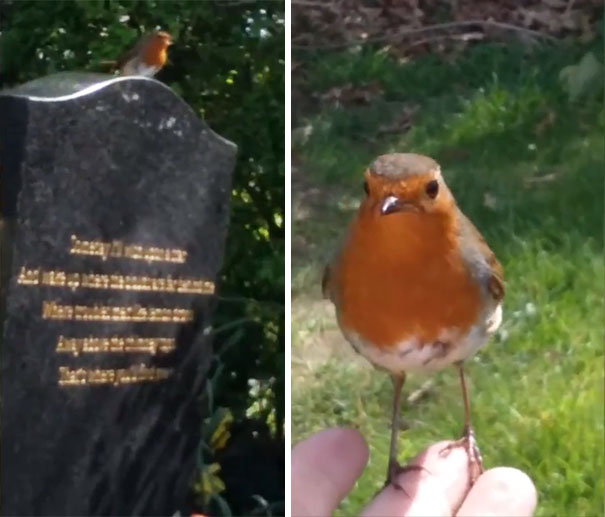 For a grieving mother, that was a miracle and a reminder of her son’s everlasting presence 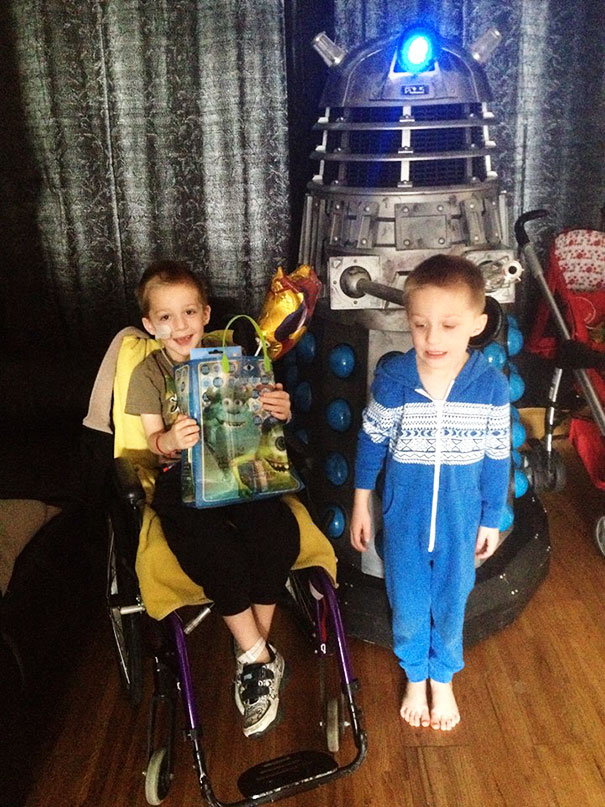 “Yes, it brought me to tears… Taking it as a sign from Jack” 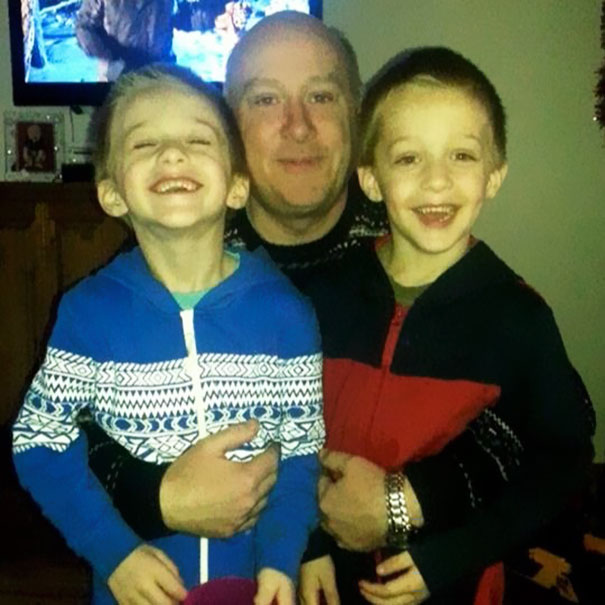