There is a good reason why you should not believe everything you see online; of course, the reason is that there are a lot of fake or manipulated things out there, and people could be deceived fairly easy. In most cases the reality turns out to be much, much worse than the one you saw initially.

The following images actually show a better reality than it actually was at the time of making them, and this was done without altering them in any way. We guess you could call it a matter of perspective, but it is the end result that counts. Well, you’ll see for yourself. Enjoy them and leave a comment if you choose your favorite.

1. This fancy hoop is not as good as you might think 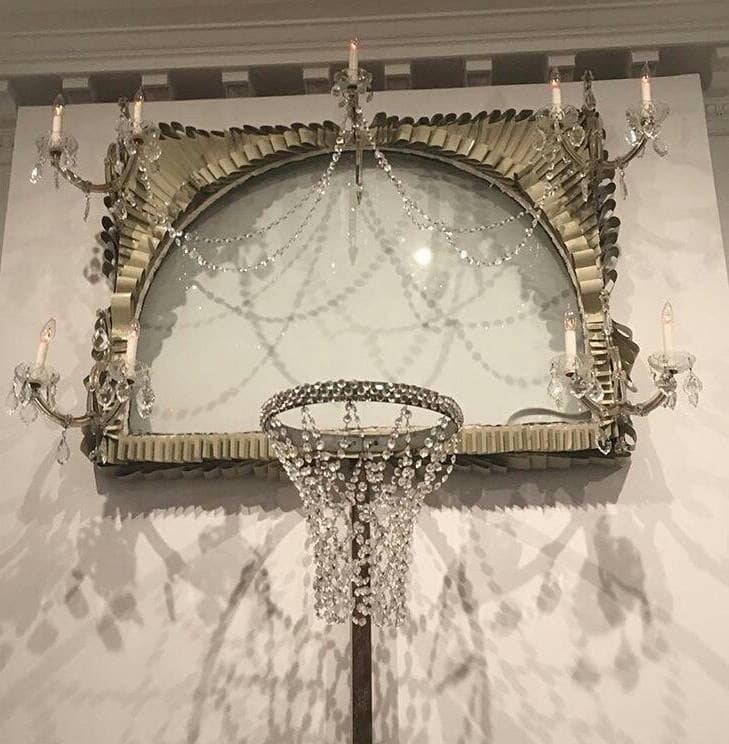 Who doesn’t love a bit of extra bling? We probably all do, more or less. However, covering a basketball hoop in so many details that it looks like a chandelier is a bit too much; any kind of damage would turn this thing into tiny pieces, and it is probably expensive. 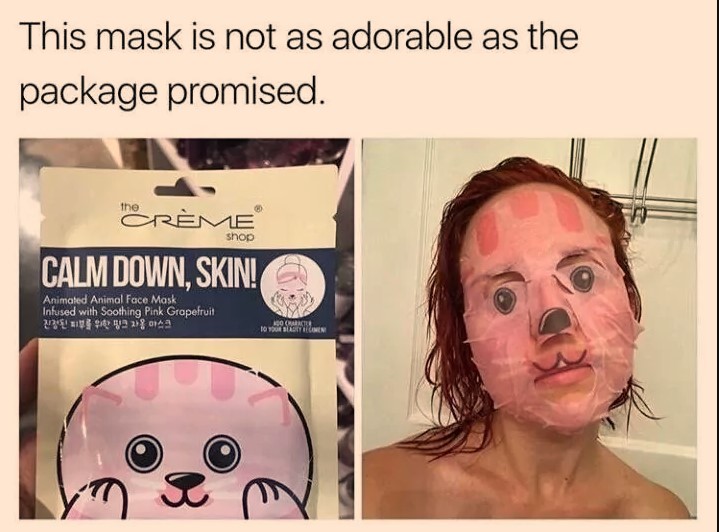 This mask was originally designed to look cute when you put it on, and this way it was supposed to soothe your skin and make you look adorable in the process. As we can all see, it failed miserably with the cute part; even worse, it has the exact opposite effect.

3. The costume that brings nightmares to kids 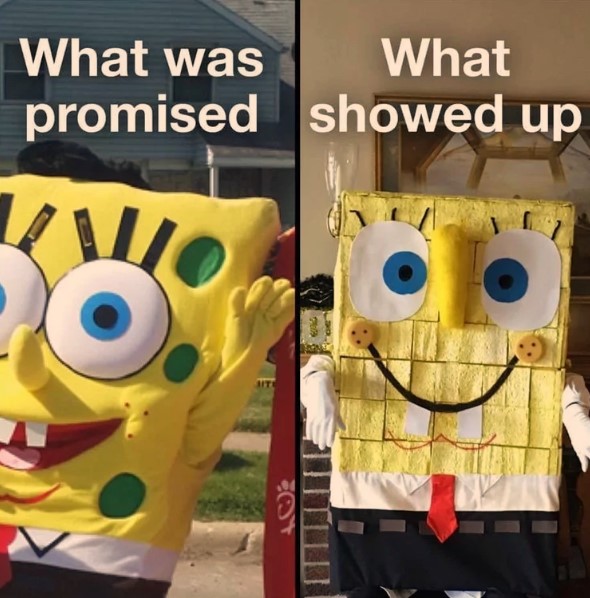 Well, this one is not even close. The original looks good, but the SpongeBob costume that was delivered is one scary thing! If you use it for Halloween, then it might just do the trick; otherwise you would definitely scare all the children in the neighborhood.

4. Savage pranks got even better 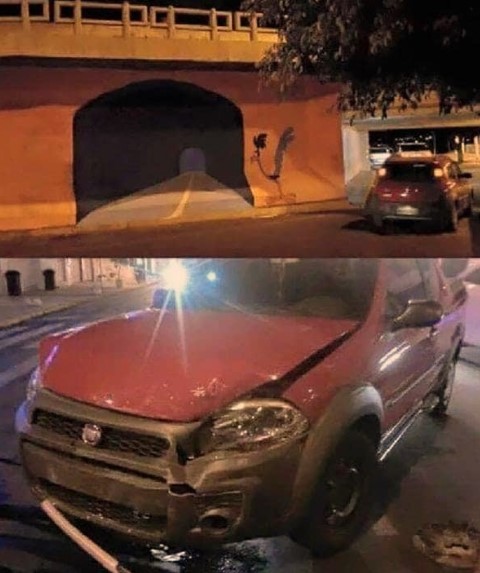 This was a near miss, and we hope everyone is okay after this crash. It seems that the vehicle was moving at a low speed, which is a stroke of luck. Whoever managed to create this fake tunnel painting is an evil genius and was surely inspired by Wile. E. Coyote. 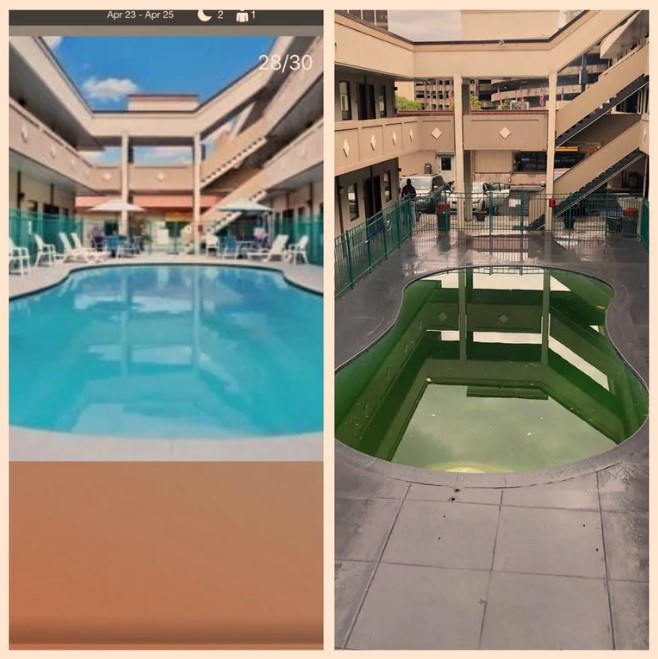 These are an absolute classic! You get excited about a certain location when you see the pretty pictures and the scenery, and when you get there eventually, disappointment settles in and you get frustrated after you realize someone tricked you big time.

6. Online shopping has a lot of downsides 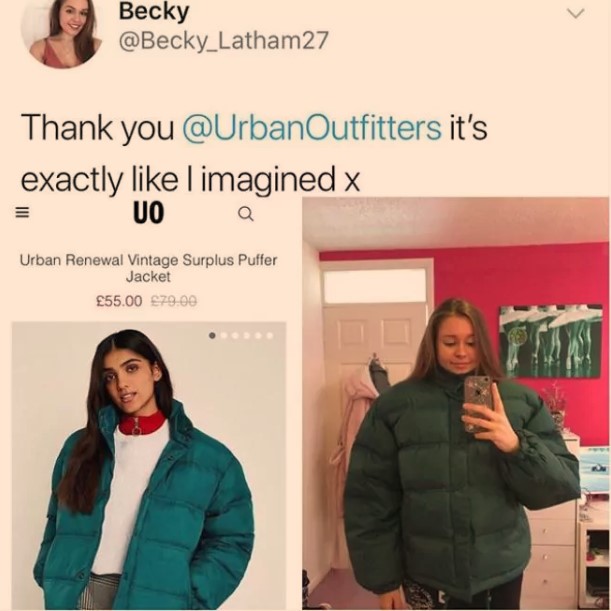 Here you can see one of them. It is a far too common sight to see huge mismatches between the ad pictures of an item and the actual item after delivery. This girl’s expectations were destroyed after she saw her new jacket. She might use it as a sleeping bag, and even a friend of hers could fit in as well.

7. Cooking experiments are not for everyone 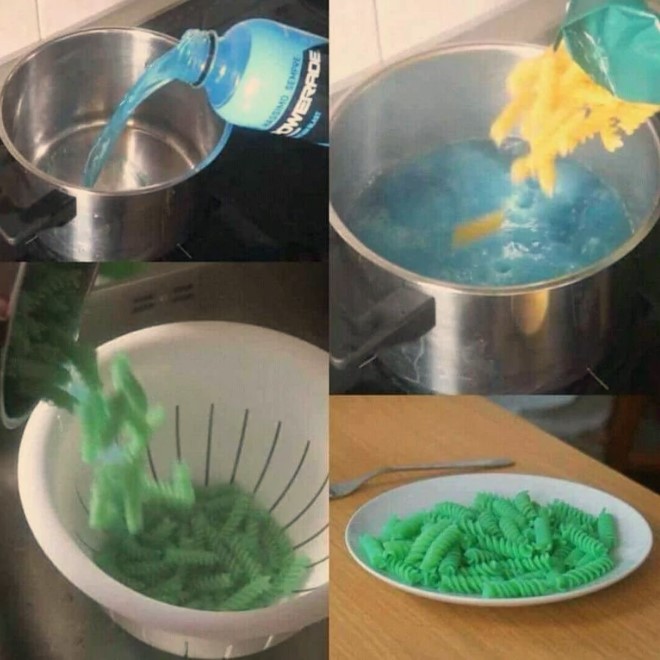 This might seem like a good idea to you, but let’s be honest here – that blue pasta looks like a decoration instead of something yummy. It is either the best or the worst pasta-related idea ever, and we couldn’t possibly imagine the taste of it. 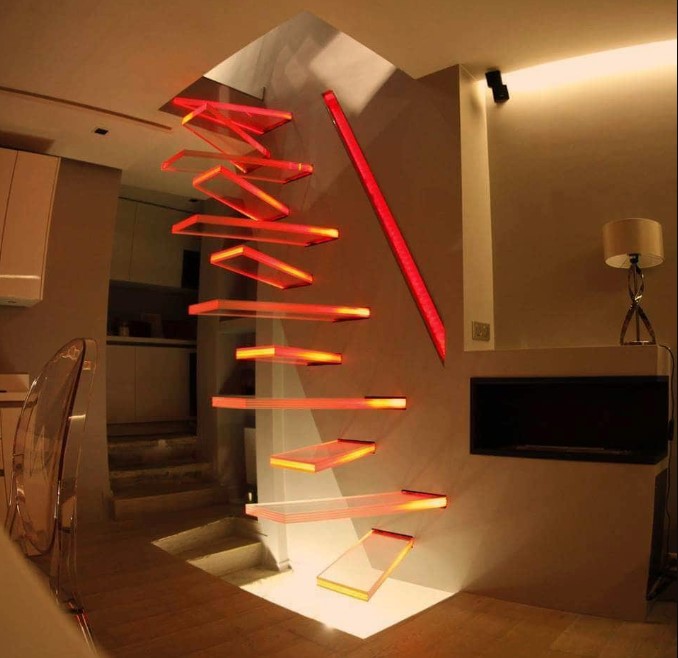 You need to be a stuntman in order to go up and down these stairs daily without tripping over and falling down. The idea behind this is very cool and the staircase looks beautiful and futuristic, but they cannot be used by everyone except kids and very agile adults.

9. This vehicle is confusing 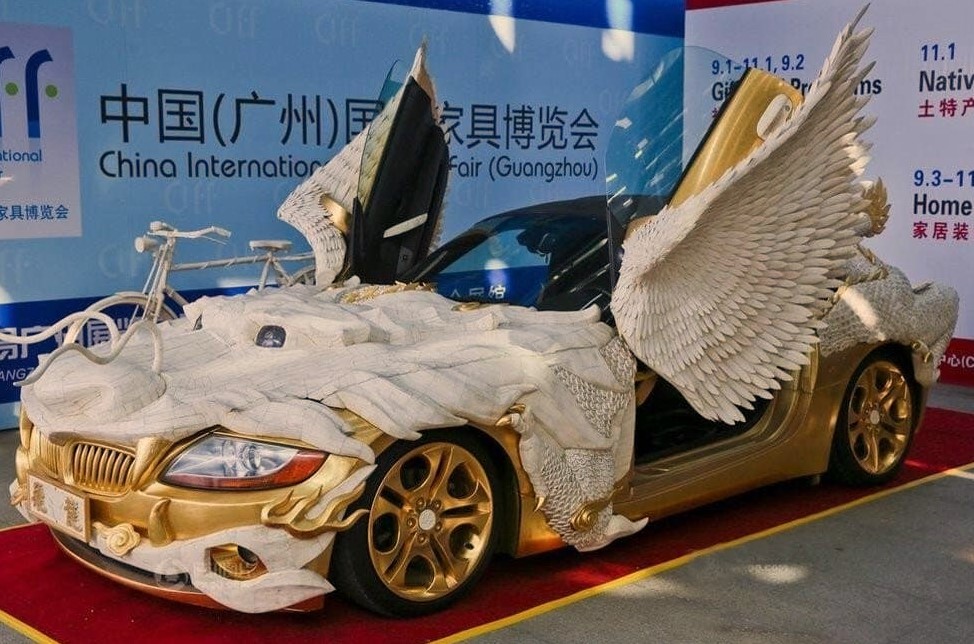 It is fairly easy to ruin a car’s design despite the effort or amount of money that is invested in it. This BMW is no exception; some may find it to be cool and other would consider it extremely tacky. One thing is for sure, though – it is hardly usable as a daily driver.

10. This is a weird sight on the highway 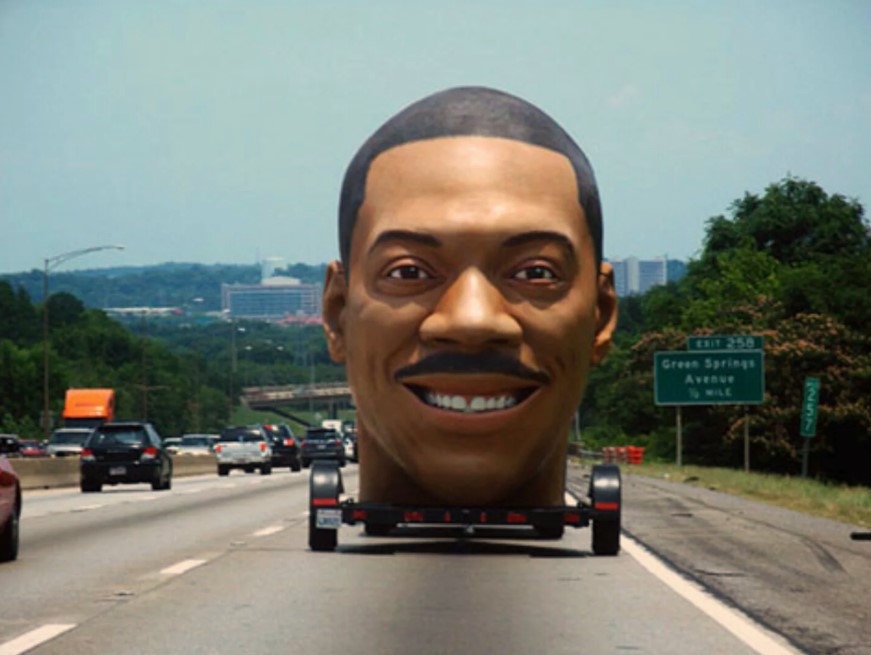 Looking at Eddie Murphy’s giant head for hours on the highway may even turn out to be a traumatic experience rather than a funny one. While we admire the comedian, looking at his gigantic grinning face is kind of creepy.

11. We hope she was happy with the end result 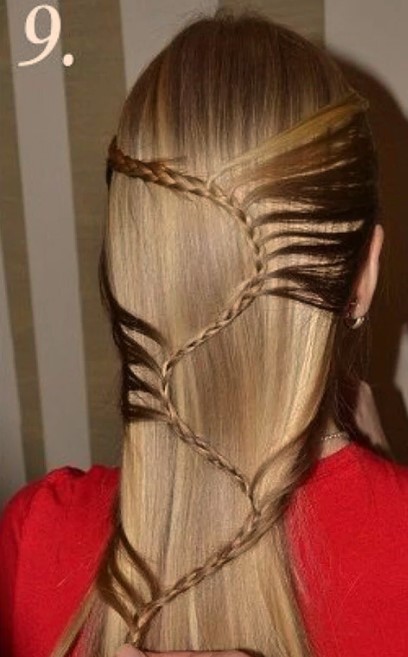 Different hairstyles exist because people have different tastes. However, we could all agree and have consent about certain styles, and this one just might be one of them. The controversial style of this hair is not going to become everyone’s favorite for sure. 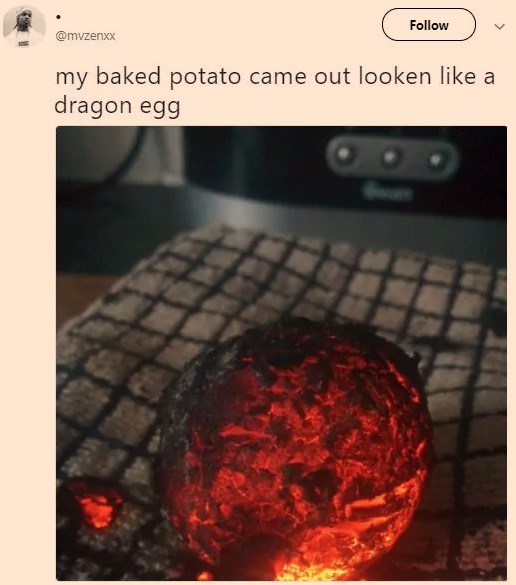 The only positive thing about this was the fact that it does look supernatural. If there was no caption on the photo, there was no way that we would have guesses we were talking about a potato. It must have been roasted on a really high temperature to burn like that. 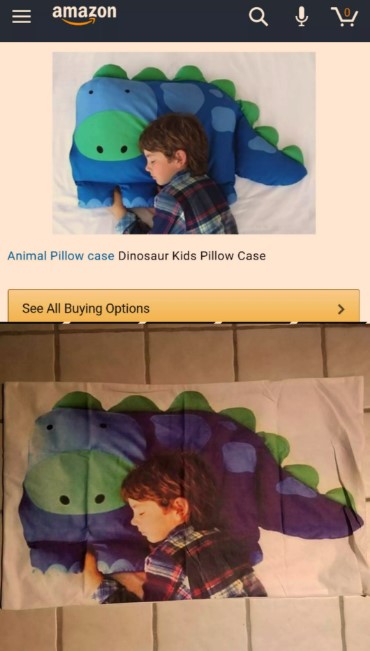 You would hardly expect any surprises when ordering this pillow case, right? Wrong! Online vendors have many tricks up their sleeves and this one has to be among the best ones.