In the early 16th century, Portuguese explorers started reporting that they’d heard legends about a castle in Africa. In the land today known as Zimbabwe, the natives told them, was a stone fortress that towered over the trees. The locals called it “Symbaoe,” and even they didn’t know who had built it.

One explorer wrote home, “When, and by whom, these edifices were raised, as the people of the land are ignorant of the art of writing, there is no record, but they say they are the work of the devil, for in comparison with their power and knowledge it does not seem possible to them that they should be the work of man.” 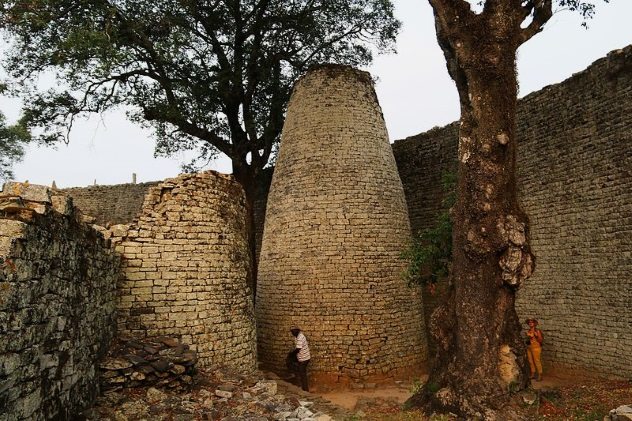 For centuries, Europeans thought Symbaoe was just a superstitious story. Then, in the 19th century, they actually found it. There, in Zimbabwe, was a massive castle with stone walls more than 11 meters (36 ft) tall.

The castle was made in AD 900 by an African civilization that has been lost to time—but they were incredibly connected. Inside the fortress, relics were found from all around the world, likely gathered by trading with other countries. There were Arab coins, Persian pottery, and even relics from the Chinese Ming dynasty.

Great Zimbabwe is more than just a castle. It’s proof that a lost African civilization, forgotten to history, had trade routes that connected all the way to China.

A massive Roman city in Libya that was once a major trading hub for the empire was buried in a sandstorm.

The city is called Leptis Magna, and it was the place where the Roman emperor Septimus Severus was born. He turned it into a gigantic city and one of the most important parts of his empire, but when Rome started to fall, Leptis Magna fell with it. It was pillaged by raiders, destroyed by Arab invaders, left in ruins, and completely forgotten until it was buried under the drifting sands. 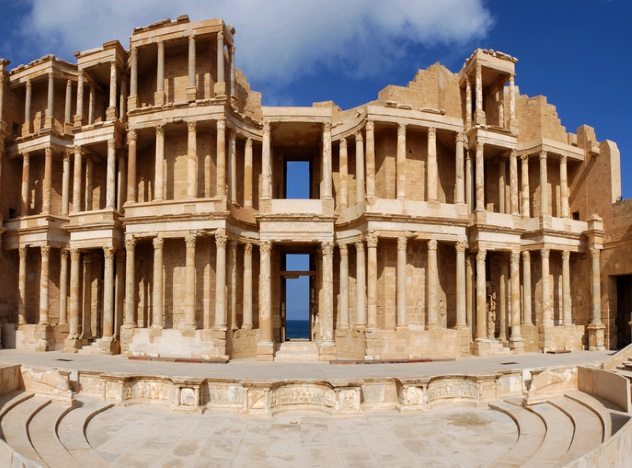 Leptis Magna spent about 1,200 years buried under sand dunes until 19th-century archaeologists found it. Buried under the sand, the city was almost perfectly preserved. They didn’t just find a few broken pots there; they got to unearth and walk through a whole ancient Roman city.

Leptis Magna still has an amphitheater, baths, a basilica, and a circus, all preserved so incredibly by the sand that they look almost exactly how they would have when the city was in its prime. It’s like stepping into a time machine. It’s a lost, forgotten city—and because it was forgotten, it never had to change.

Heracleion showed up in almost every Greek myth. It was the city where Heracles took his first steps into Africa. It was the place where Paris of Troy and his stolen bride Helen hid from Menelaus before the Trojan War. And we had no idea where it was.

As it turned out, there was a reason we couldn’t find one of Egypt’s most important ports: It was underwater. About 2,200 years ago, Heracleion was likely hit by an earthquake or a tsunami—and it drowned. 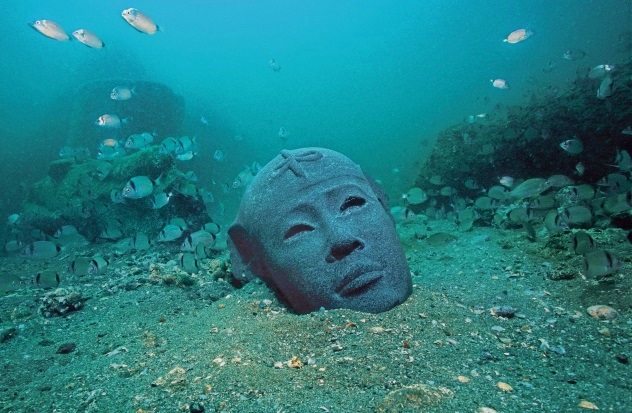 Divers swimming off the coast of Egypt stumbled upon it in the early 2000s. They found a strange rock under the water, and when they brought it up, they realized that it was a piece of an ancient statute. They dove back in to see what else was there. Soon, they’d found full statues, jewels, and even the drowned ruins of an ancient Egyptian temple.

A massive part of the city was still intact. Divers were able to find huge steles put up as notices to visitors, warning them, in hieroglyphics, of Egyptian tax laws. They found statues of ancient Egyptian gods, still in their original form, with fish swimming around them. It was an entire lost city, pulled from the depths of the water and brought back to life.