A picture of a little boy appearing to assume a photojournalist’s camera was a weapon and surrendering has gone viral, first in Turkey and again recently in the U.S. after being posted on Reddit.

The picture is thought to have been taken by photographer Osman Sağırlı sometime in 2012, who is said to work with humanitarian relief organization IHH and visits international refugee camps. 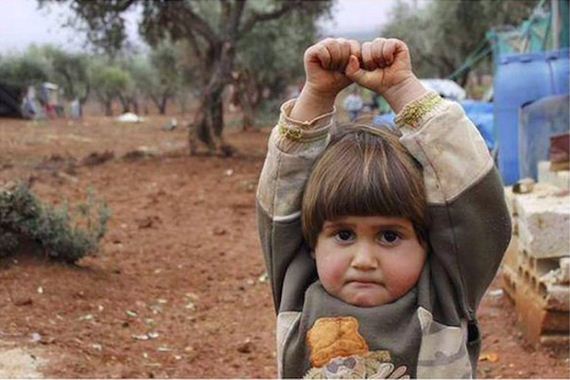 The boy, a 4-year-old named Hudea, reportedly took refuge with his mother and three siblings at a camp on the Turkish border after losing his father in a bombing in Hama, according to a translation of a story on the photo. 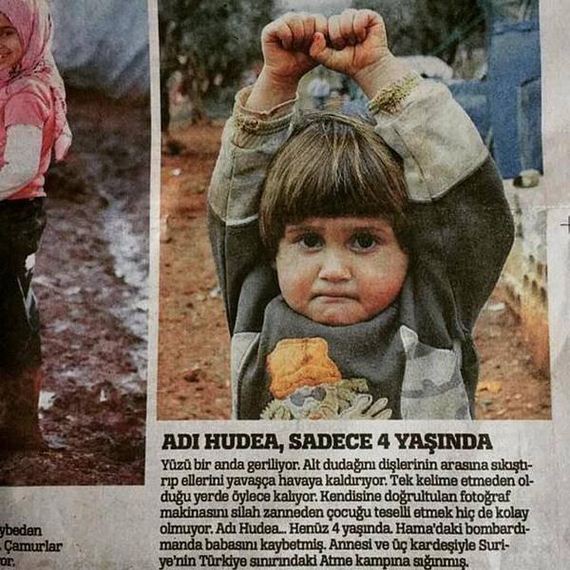 A dateless newspaper clipping featuring the picture made the rounds among Turkish people on Twitter in January, with many feeling affected by the boy’s fearful gaze.

His face tightens immediately. He bites his lower lip and slowly raises his hands. He stands still without a word. It isn’t easy to console the child who thinks that the camera looking at him is a gun.

His name is Hudea… He is only 4 years old. He lost his dad in the bombing of Hama. He took refuge at the Atme camp at the Turkish border with his mom and three siblings.

The United Nations High Commissioner for Refugees (UNHCR) says that since the Syrian civil war began in March 2011, around 10 million Syrians are seeking asylum, refugees, or displaced.

Correction: The child in the photo is thought to be a boy, but a previous version of this post identified him as a girl. Turkish pronouns are gender neutral, and so can make it difficult to determine gender unless specifically indicated contextually.