Ever since Rihanna’s very first single Pon de Replay hit the radio stations and music channels back in 2005 she has made a fortune releasing hit singles and gaining a humongous fan base from all around the world. At just 26 years old, the Barbadian singer already has nearly 300 nominations and a total of 201 awards, including 7 Grammy Awards. She is an inspiration, a fashion icon and an idol for millions of fans. 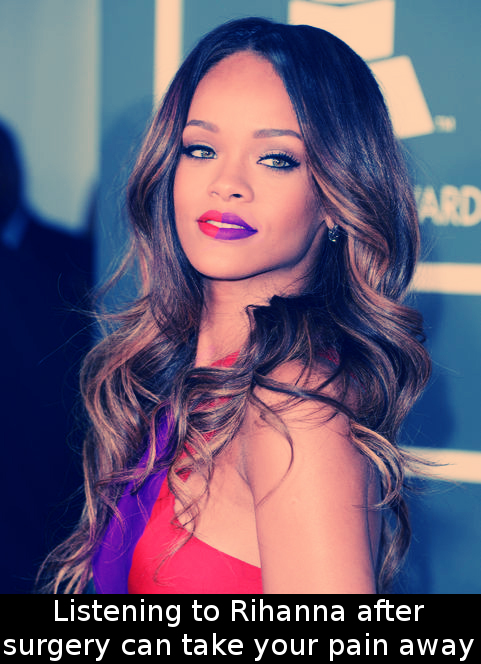 A recent study discovered that Rihanna’s music is not only pleasant, but can also be extremely useful when it comes to severe pain after surgeries. Dr. Santhanam Suresh recently released a report regarding the effects of audio therapy, according to which music therapy can ease post-surgical discomfort without the need of medication. The report shows that young children, especially teenagers, feel better after listening to their favorite pop artists such as Rihanna and Taylor Swift without the need to use medication to take the edge off their pain.

Dr. Suresh’s report also states that the audio therapy is the best possible choice, since many medicaments such as opioid analgesics can cause side effects such as breathing problems among kids while trying to ease their pain.