In late 2014 rumors started flying around the web that Charlie Sheen would return to Two and a Half Men, the sitcom that earned him millions over a period of 8 and a half years, for the show’s final season. Some sources claimed Charlie had been negotiating with Chuck Lorre, the creator of the hit show, while others stated that Sheen had only tried to get in touch with Lorre, but was unsuccessful. 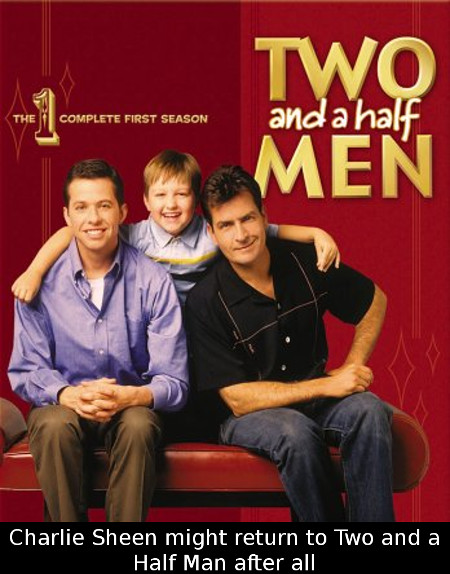 The show is currently airing its 12th and final season and the series’ finale is set to air on the 19th of February. On the 15th of January Lorre said some things during a press conference which made the entire Internet go crazy over the possibility that Sheen might indeed return to the show for the very final episode. Lorre said that he felt obliged to honor both Sheen and Ashton Kutcher for their work over the past decade. However, he also said that it would be difficult and tricky to include both of them in the same episode. Nevertheless, the hints he dropped in front of the journalists made it clear that he’s definitely planning something big for the series’ finale.

So, will Charlie Sheen return to Two and a Half Men or not? We’ll just have to wait and see.