Bad news is heading towards die-hard fans of 50 Shades of Gray movies and books – the franchise’s direction backed out of it.

For quite some time rumors about Sam Taylor-Johnson, 50 Shades of gray movie’s director, claimed that she might back out of the franchise. As it turns out, the rumors turned out to be nothing, but the truth.
Taylor-Johnson issued an official statement, in which she claimed she wasn’t going to play any role in the sequels. 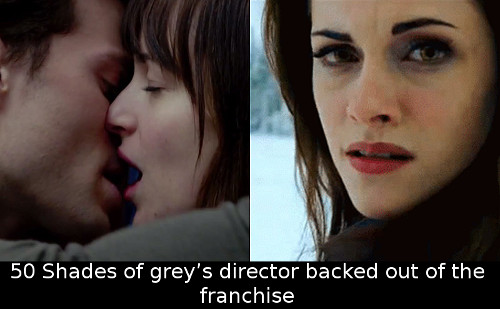 As it turned out, the director had been having tons of fights with E. L. James, the author of the provocative and scandalous trilogy. James had rows with Taylor-Johnson during the filming, because the two men had different ideas on what the movie version of the books should look like. The director wanted to build new characters and diversify them, as well as cut scenes from the book, while James wasn’t keen on any of that. The strained relationship between the two women has apparently finally gotten the best of Taylor-Johnson. She claimed she had built strong friendships with the cast members and wished them good luck, as well as the rest of the crew, who are going to work on the movie’s sequels.

50 Shades of Gray grossed over $558 million worldwide and reviewers either hated or loved it with the same anticipation they showed when the controversial books hit the market several years ago.

Die-hard fans of the books and the movie recently received some other bad news when the media went crazy over the fact that Jamie Dornan, who plays the main character Christian Grey, decided to back out of the sequels as well. As it turned out, however, the producers weren’t ready to let him go, so they made him an offer he couldn’t refuse – more than $12 million of salary for the upcoming two movies. Of course, shortly after that Dornan decided he should star in the sequels and accepted the offer.