A hamburger is still together after 14 long years. The burger will show the harmful aftermath of eating at fast food restaurants. It was found by mistake by a man named David Whipple in his coat pocket where it sat for two whole years after he bought it. He let the experiment go on for 14 years and was amazed that it still looked as edible as the day he purchased it.

Mr. Whipple bought the hamburger on July 7th of 1999. He preserved the burger for one month to show his buddies that it would appear the same way after one month because it has so many preservatives in it. The month went by and he forgot about it. Two years later he put his coat on, reached into his pocket and found the burger. To his utter surprise it looked exactly the same as the day he put it in his pocket. He chose to continue on with the experiment and after 14 years, the burger does not age at all. Wow, how crazy is that?! 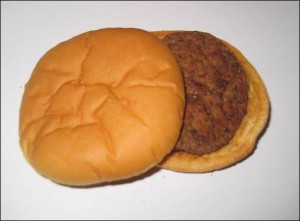 David said that the experiment began on accident. He only wanted to keep the burger for a month so he could showcase how the enzyme’s reacted. Then he forgot about it, for two whole years. Then, fast forward to the burger being 14 years old and there is no signs of any mold or fungus at all on the bun. The meat did not smell one bit different. The burger gained so much attention that David Whipple auctioned the burger for close to $2000. Shortly after, Mr Whipple and his wife had a change of heart and chose to keep the burger for educational reasons and a way to teach their grandkids the horrible effect of fast food. 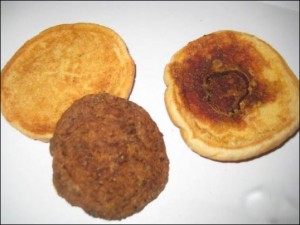 Melanie Hesketh, a mother from Ontario kept a cheese burger from McDonald’s for a whole entire year in 2012. She did this to discourage her kids who were teenagers from eating junk food. She couldn’t believe it could last for 14 years and still look the same. The burger that was edible 14 years later was shown on the TV show called “The Doctors.”