Germain Ibrahim Fofana committed the biggest mistake a thief could do – he left a picture of himself at the crime scene. The man happened to steal jewellery worth $30,000 from a London store.

On May 18 the Ernest Jones jewelery store in Kingston was broken into. Reportedly, the thief posed as a customer and entered the store accompanied by a woman who turned out to be his accomplice. 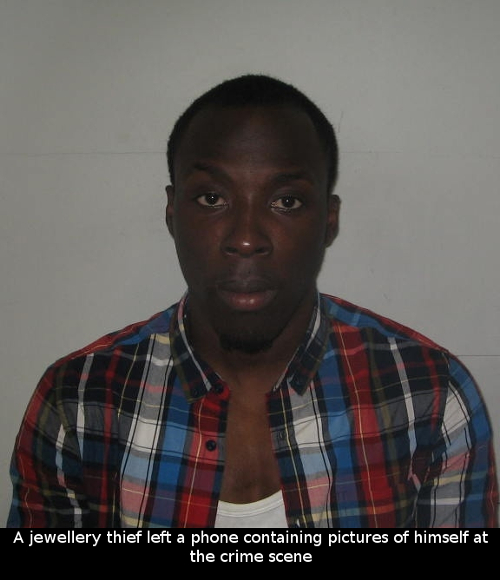 The two pretended to be looking for an engagement ring. The shop assistant showed them two rings which the couple was interested in and while he was taking another one, the thieves fled the store. Supposedly, the man dropped his phone while he was running out of the store. The police showed up a few minutes later and discovered the device which happened to have a selfie of the thief as a background. The thief has been identified and the authorities found out he is a French citizen. He is still being looked for.