A school teacher from Victoria, Australia has publicly shaved the underarm of a student in class. Apparently, the unnamed teacher wanted to make an example during a class on personal care. According to the teacher she hasn’t done anything she didn’t have the right to as it was all part of the curriculum. 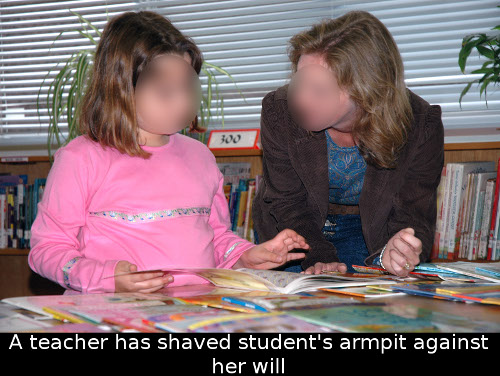 However, the school the incident has taken place at is a special education facility and the students have physical and intellectual disabilities. The girl whose underarm was shaved claimed the teacher has done it against her will and came back home in tears. Understandably, the mother was furious and threatened to sue the school. Her daughter has a neurodevelopmental disorder as well as ADHD and, reportedly, the incident has caused her great distress. The teacher claimed the other children would have made fun of the girl if she didn’t shave her armpits anyway. The school principal have issued a statement requiring all teachers to ask for permission before any actions of the sort.