An American man tried to prove that there was an afterlife by committing suicide, but failed to prove anything other than the fact that a man can die from inhaling too much gas.According to official reports, Thomas Lynn Bradford, a psychic lecturer and investigator from Detroit, Michigan, was so focused on proving that life after death was real that he decided to take his own life. Mr. 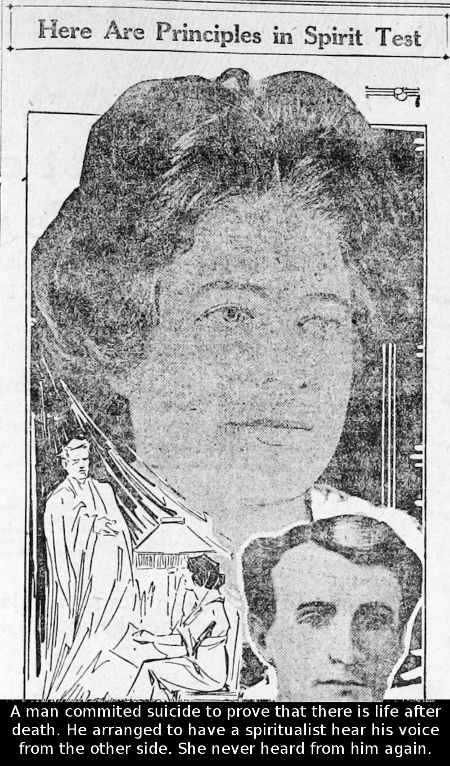 Bradford contacted a woman named Ruth Doran through a newspaper ad, in which he said that he was seeking somebody to help him with “spiritualistic science”. Doran responded to the ad, although she later told the media she had absolutely no idea what Bradford was about to do. On the 6th of February 1921 Bradford died in his house after exposing himself to a severe amount of gas. Only a couple of days later he started making headlines for his ridiculous actions. Doran was interviewed by the media and The New York Times even stated that she was not only his accomplice, but also his friend. According to their report, if Bradford’s spirit somehow continued to live on, he should have contacted Doran to prove it.
Needless to say, Doran never heard from Bradford again.