A crew of firefighters from Washington warmed hundreds of hearts after they managed to successfully resuscitate a family of small hamsters following a fire. 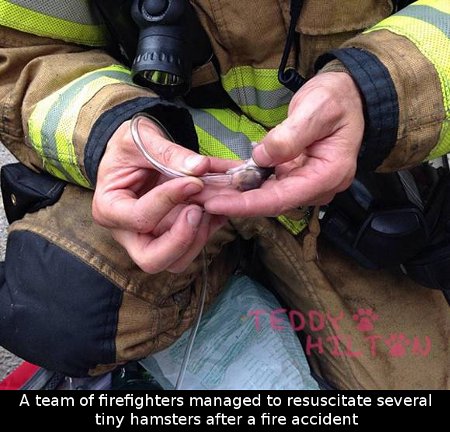 The firefighters responded to an emergency call regarding a mobile home that had caught on fire earlier this September. They managed to put out the fire, but saw that the owner’s pets had suffered severe injuries during the accident. Fortunately, the firemen were able to bring back to life 4 of the 5 tiny hamsters living in the mobile home using oxygen and a first aid kid. Unfortunately, one of the rodents lost its life in the fire. The reports state that the accident was caused by a clothes dryer, which was apparently left on without supervision in the laundry room.

The Washington fire department tweeted that their crew is perfectly trained to aid even the smallest of pets in a case of emergency.