You won’t believe the nerve this guy has!
According to official reports, Daniel Collins called 911 earlier this March in order to complain about his wife, who allegedly found his drug stash and stole it. The 39 year old Collins, who resides in Alliance, Ohio, US, made the call on the 4th of March and accused his wife of drug theft. 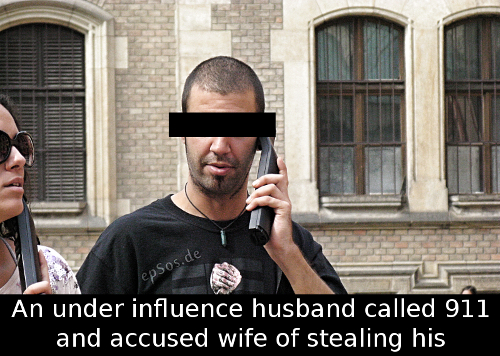 The local police immediately went to the man’s home and found him in possession of a specialized glass pipe, which Collins himself stated was used for smoking marijuana. It turned out he was also wanted on two active warrants. One was for failing to pay $589 in court fees and a $25 speeding fine from when he was driving and speeding under an active suspension case.

The 39 year old man was taken into custody and is now facing charges for drug possession and misuse of the 911 emergency line. If the judge decides to charge him, he could end up behind bars for two months with a $500 fine to pay. The reports don’t state if his wife indeed stole his drugs and if so, if they were recovered.