Shaking a person’s hand as a form of greeting is something we all do and have done countless times. But have you ever wondered why we’re actually doing it?

When Mr. Tumnus asked Lucy in Narnia what’s the reason behind this hand-shaking habit, she told him that people just do it without any particular reason. However, a team of researchers from the Weizmann Institute of Science in Israel believe they have finally found the real reason. Are you ready for it? Smelling! 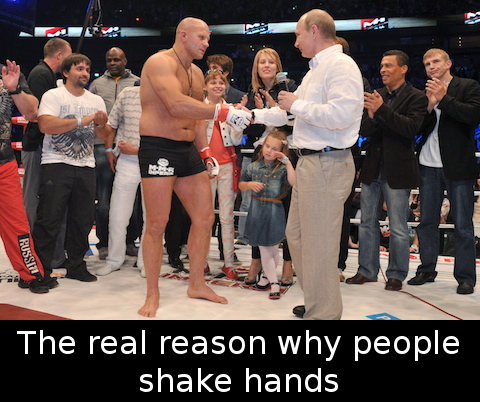